Oslo is a beautiful city in the north of Europe, often overlooked by travellers. It does not lack in beauty, but typical Scandinavian fairy tale imagery and breathtaking fjords often overshadow it. Although not the best location to go hunting for the northern lights, Oslo is a perfect blend of traditional and contemporary architecture. It is set in a fairy tale surrounding and is beautiful in each season. If that is not enough a reason on its own, here is the list of reasons why you should visit Oslo.

When you find yourself in Oslo, it may strike you that it is quite different from the other European cities. The reason for that does not only lie in the Scandinavian architecture and different climate. It is more so because, despite its long history, the city as we know it today is very young.

According to archeologists, Oslo is at the very least 1000 years old. It was founded by the Vikings and was later on chosen as the city of the king’s permanent residency, in the 13th century to be exact.

The city was on fire several times. That is why, in the 17th century, it was decided that it had to be rebuilt on the other side of the bay.

If you wish to learn more about its history, you can head over to the Museum of Oslo. Once there, you can take a guided tour or stroll down its hallways and enjoy the display. 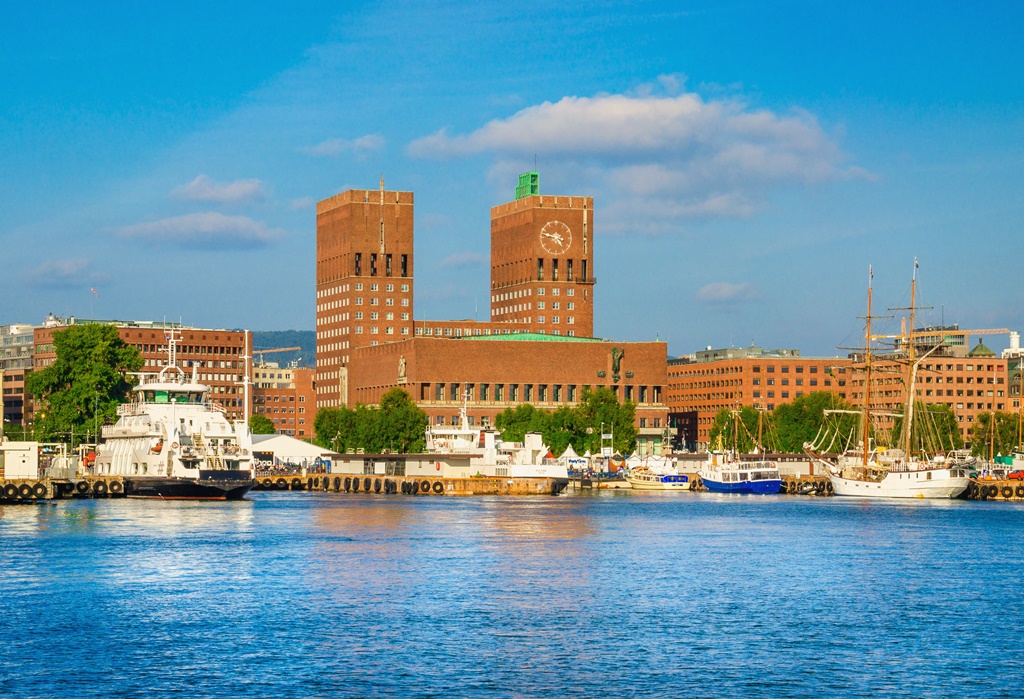 The Museum of Oslo, however, is not the only museum in the city.

Oslo has 30 museums that vary in content and themes – from the Vikings to the history of the Norwegian pop scene. History, art, natural science and technology enthusiasts will surely find something of their interest.

The Viking Ship Museum displays well preserved Viking ships and grave goods found in various Viking tombs in Oslo fjord. The museum offers a glimpse into a life led by the nation that inspired many stories and remains intriguing to many filmmakers.

If you wish to visit a less conventional art museum, the International Museum of Children’s art is your way to go. This museum houses art made by children from over one hundred countries

The other museums worth mentioning are the museum of Norwegian pop music called Popsenteret, the Labour museum, and the Nobel Peace Centre. 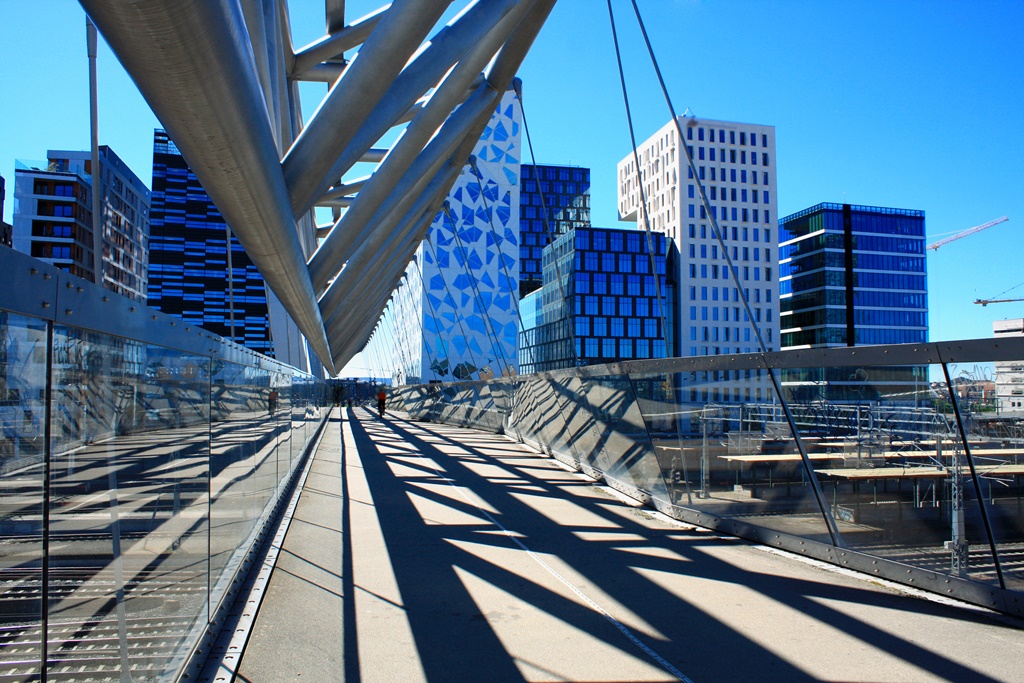 The history and museums alone are not the only reason for visiting Oslo. The city also prides itself on its beautiful landmarks.

The Royal Palace is reminiscent of Schoenbrunn, the most popular palace in Vienna. It is a beautiful building surrounded by gardens that bloom in summer. The palace is open to the public during the summer season when guided tours around the palace can be taken. The interior of the palace alone is not the only beauty worth seeing – the gardens are equally mesmerizing

Another beautiful architectural piece is the Oslo Cathedral. This baroque building is a beauty inside and out, and its incredibly rich interior decor is breathtaking.

Other notable buildings include Akershus Castle and Oslo City Hall.

And in case you get fed up with urban life, don’t fret! Norwegians love the outdoors, and the city is surrounded by hiking trails. If you find yourself in Oslo in the summer period – May through September – it is a great way to pass your time and get away from the city hustle. 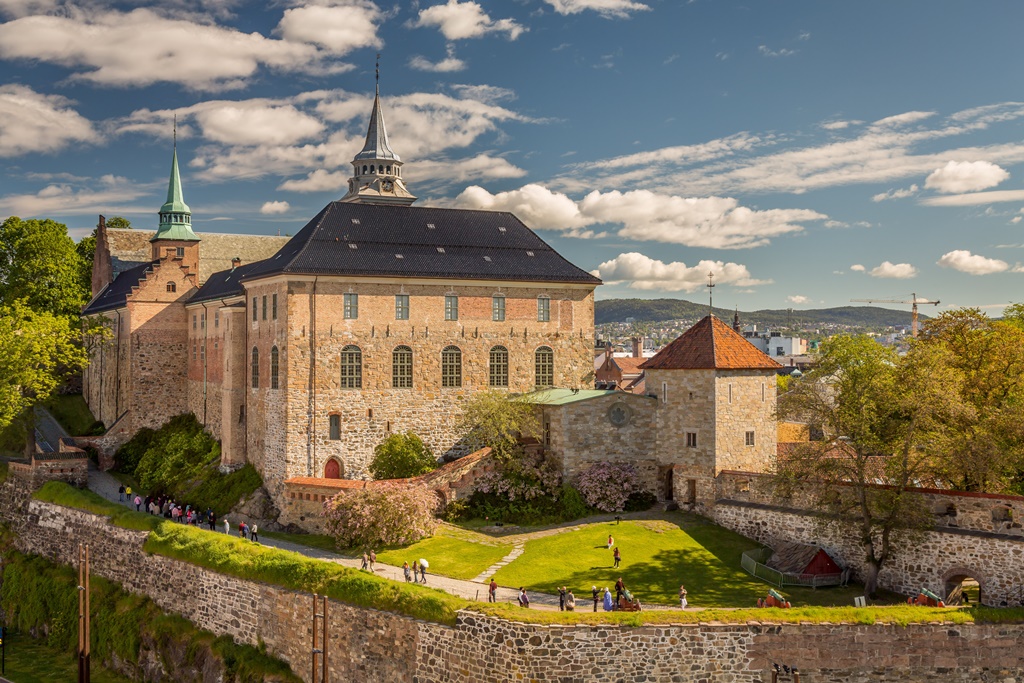 Whether you wish to experience Norwegian fine dining or you are more street food-oriented, Oslo has something for you! The city is notable for its Michelin-starred restaurants as well as its more affordable dining locations and blooming street food offer.

Due to its location, there is a variety of seafood-oriented restaurants and dishes to choose from. One of the more popular options is smoked fish, specifically smoked salmon.

However, there is nothing to worry about if you prefer other types of food. Meat is also an important part of the menus in Oslo.

And if you wish to try something popular with the locals, you cannot miss famous Norwegian waffles or the beloved utepils – the outdoor beer the Norwegians drink when spring arrives. 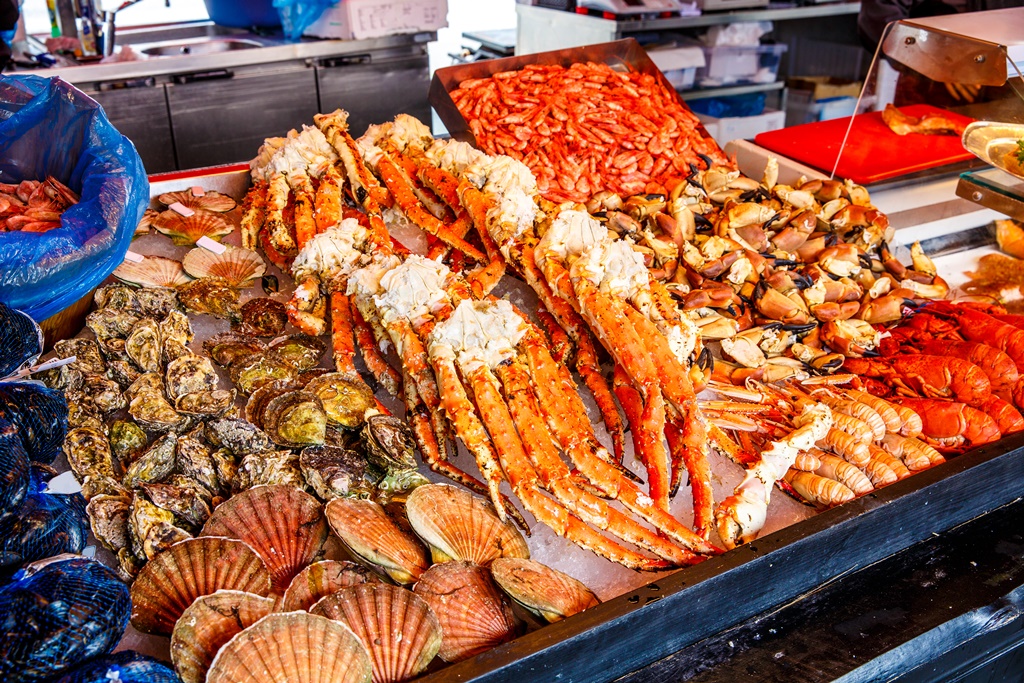 Various seafood on the shelves of the fish market in Norway

Oslo becomes a winter wonderland in December. As the case with most major European cities, the Christmas season is marked by the appearance of the markets that awaken the holiday spirit.

The central Christmas fair in Oslo is Winter Wonderland in Spikersuppa, located very close to the Royal Palace. The most notable experiences offered are skating at the Skippersupa skating rink and the Ferris wheel. The market also offers a variety of workshops, sale stands and food stands.

Another popular market is the one organized by the Nors Folkmuseum. It is an open-air museum with a unique offer – you can experience how Christmas was celebrated in Oslo throughout the centuries. Every decoration is in the spirit of an era it represents.

However, the markets are not all there is to Oslo’s Christmas offer. The City organizes a Christmas week with various concerts and shows for those wishing to experience more. 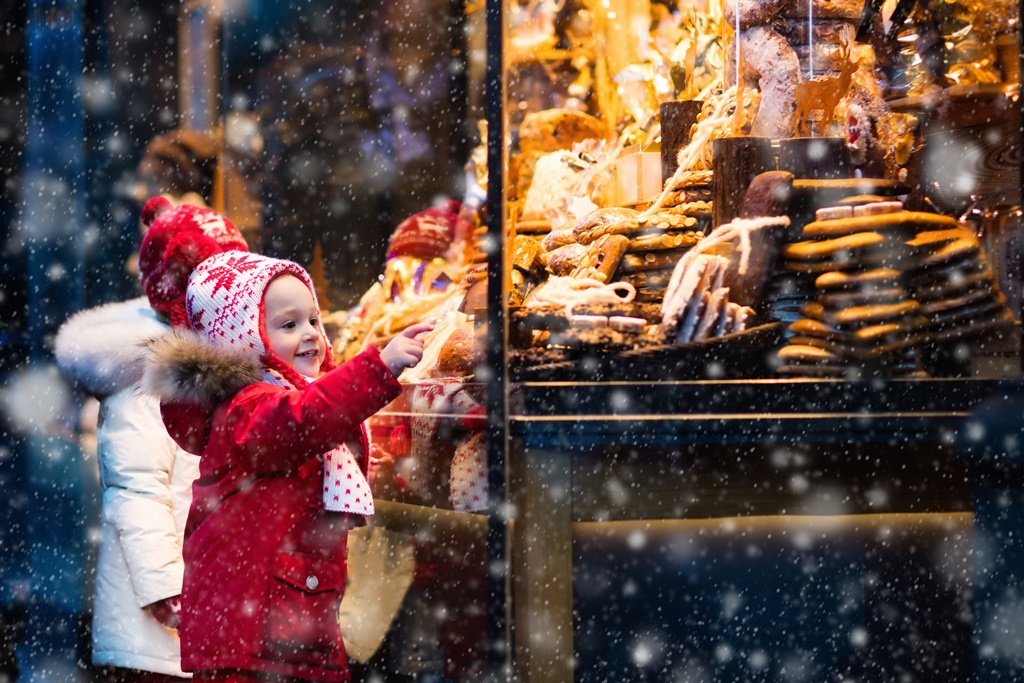 Despite its cold evenings, Oslo is rich with vibrant nightlife and is not reserved only for partying. Nightclubs, pubs, bars – there are many to choose from according to your taste and wishes.

Diverse concerts, stand-up shows, and movie screenings can be attended at various venues. However, keep in mind that different venues have different age limits and dress codes that must be obeyed. Therefore, it would be a good idea to keep your options open.

One of the most popular nightlife locations is Oslo Camping, a mini-golf bar and dance club that is open afternoon through evening, with DJs on the weekends.

Blå is a jazz, hip-hop and RnB-oriented club that organizes live concerts in the evening and welcomes DJs and parties at night. The working hours vary depending on the time of the year, and the age limit for entering is 20.