Bordered by Germany, France and Belgium, the small, tiny country of Luxembourg has situated itself right in the heart of Europe. Although it is famous for its ancient-medieval castles, scenic landscape and valleys which produce some of the finest wines in the world, it is not such a popular tourist destination. We will tell you why you should not repeat their mistake and choose Luxembourg as your next holiday place!

The nation’s capital is a ‘two-floor city’, with the Old Town emerged from a 10th-century fortress and today on a rocky spur above the greenery around it. The best way to see this area of the city is by taking a two-hour-long stroll known as the Wenzel Walk, which takes tourists along the city’s historic ramparts and sites, through cobbled streets with towers and churches. Don’t miss out on the Place d’Armes, a little square in the pedestrian zone, the Chemin de la Corniche, Europe’s most beautiful ‘balcony’, more specifically a promenade looking over the valley and the Bock Casemates, tunnels cut through the stone cliffs. However, the city’s highlight is the spectacular Luxembourg Castle, dating all the way back to the Early Middle Ages. Not to forget, there are literally dozens more of museums worth paying a visit to, like Differdange Castle and Vianden Castle. 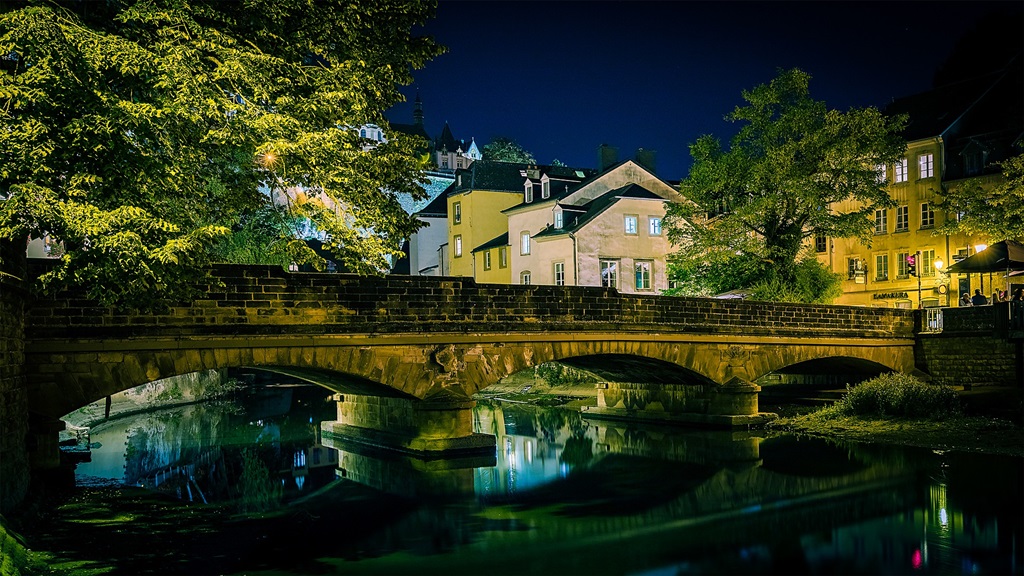 Luxembourg’s Little Switzerland, the eastern region of Mullerthal, owes its name to the Swiss-like hilly landscape. The capital of Mullerthal is Echternach, the oldest town in the entire country. 7 years ago, in 2010, the city gained the international fame and reputation by its inscription into the Intangible Heritage of UNESCO’s Dancing Procession. If you happen to be there, don’t forget to see some of the city’s major landmarks, such as the Roman Villa, the cultural centre of Trifolion and the Benedictine Abbey of Saint Willibrord. However, the best way to feel its unspoiled nature is by experiencing the Mullerthal Trail, which takes the hiker (with experience) on 112 km of valley trails through a spectacular rocky landscape. These footpaths will lead you through forests and fields all the way to an intact natural setting and on your way you will be able to enjoy some of the breathtaking panoramas.

In case you didn’t know, Luxembourgers are really passionate when it comes to cycling. They are very proud of their champion, Charly Haul, known as ‘Angel of the Mountains’ which participated at the Tour de France and the Giro d’Italia. So, the country has 600 km of cycle paths and another 300 km are to be done soon, 700 km of mountain bike tracks, which, when you include the intact nature and magnificent landscapes, offer an experience you can’t say ‘no’ to. Throughout entire Luxembourg the roads and cycle paths are well-marked and in general they are in remote locations far away from traffic. The only thing left for you to do is to gear up and start your ride. If you don’t have your own bike, don’t worry since there are many bike rental companies across the country and especially in Luxembourg City. Some  regional tourist offices even offer guided bike and mountain bike tours for individuals and groups, but you have to book it in advance. 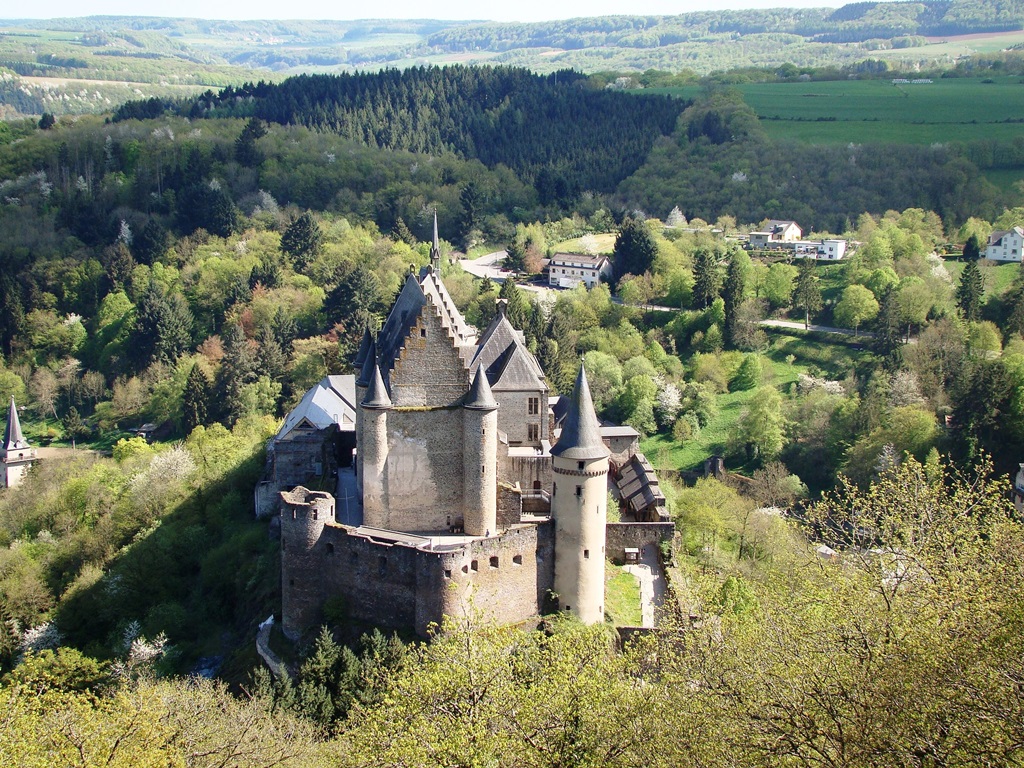 Luxembourgish cuisine is a mixture of German, French and Belgian influences, apart from  which has received also something from all 170 nations within the country boundaries. So you can come across some German dishes like Kaesespaetzle (kind of an egg pastry with lots of cheese), Rosti (Swiss potato cake) or Italian Carbonara. Luxembourg’s cuisine is determined mostly by its geographical conditions and melting pot present there today, which makes it so unique among others. Not to forget Apfelstrudel, cheap beer, French croissants… However, Luxembourgish chefs have their traditional recipes as well, usually inherited from their grandparents and slightly adapted for modern market, so you should try traditional Luxembourg dishes such as ‘Judd mat Gaardebounden‘ (neck of pork with broad beans), ‘Träipen‘ (fried blood sausage) with apple sauce and ‘Ecrevisses à la luxembourgeoise‘ (crayfish).

This is probably the best news for all passionate travellers. Now, focus. For only two euros, you can buy a ticket on absolutely every train, bus or tram in the country, and ride it for two full hours (twice longer than in the rest of Europe). Why two hours? Well, nowhere in Luxembourg is farther than two hours’ away. This means that for only two euros you can take a cozy train from the capital, Luxembourg City, to anywhere in the country, then take a bus or tram to anywhere else, and it won’t cost you as much as it would in any other European country. If you consider the landscapes and nature in Luxembourg, you’ll see that it is definitely worthwhile. 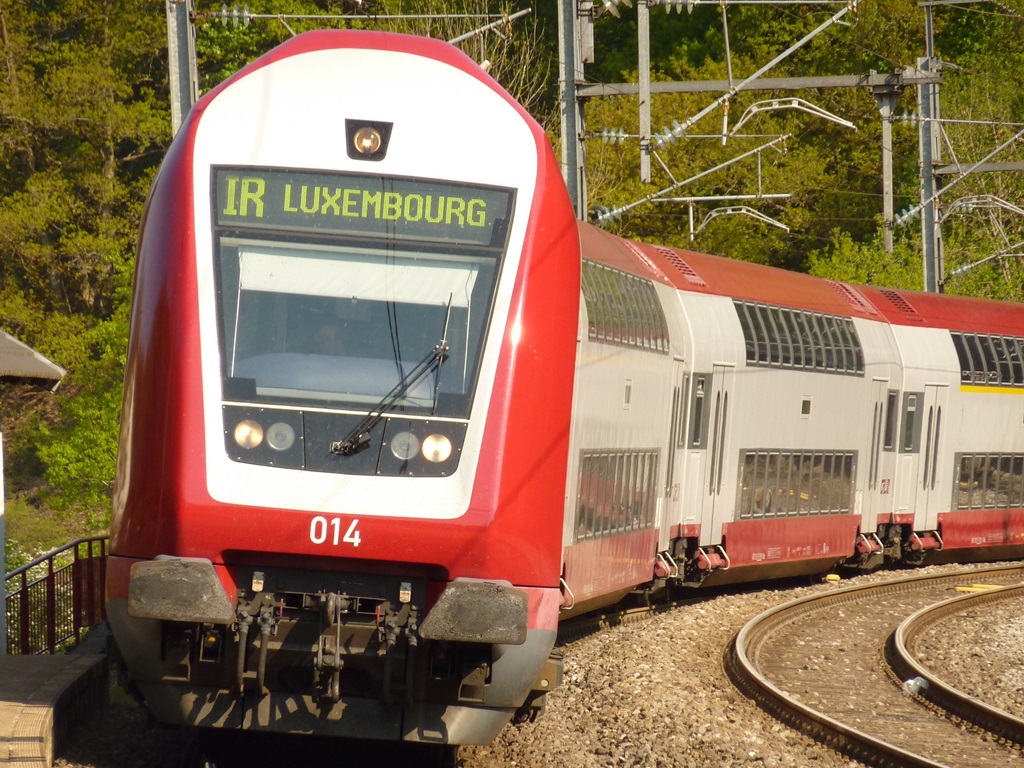