Chile is a country that prides itself on its culture and its beautiful land. In addition to its stunning features, Chile bears the title of the safest South American country. Also, it is the southernmost country in the world. Chile is a place where one can travel to see the famous Cape Horn, enjoy the stunning coastline or get lost in the beautiful cities. It may not be on every traveller’s bucket list. However, you will find that there are many amazing things to do in Chile. Without further ado, check out the reasons why you should visit Chile.

Along with the famous Los Lagos, Patagonia is one of the most famous regions in Chile. It is a glacial-grassland pearl at the very tip of South America, miles of wonderful imagery. Turquoise lakes, intimidating glaciers, rivers and fjords paint the scenery of Chilean Patagonia. Its untamed, intact nature attracts many explorers and tourists who wish to conquer it. In addition, Patagonia treasures some of the famous Chilean landmarks like Laguna San Rafael.

With that said, it should come as no surprise that Patagonia numbers four national parks. Namely, the four parks are Torres del Paine, Alberto de Agostini, Bernardo O’Higgins and Laguna San Rafael. The parks protect the mountains, glaciers and wildlife. However, their most famous visuals are those of deep blue ocean below the white glaciers and snow-capped Chile mountains. 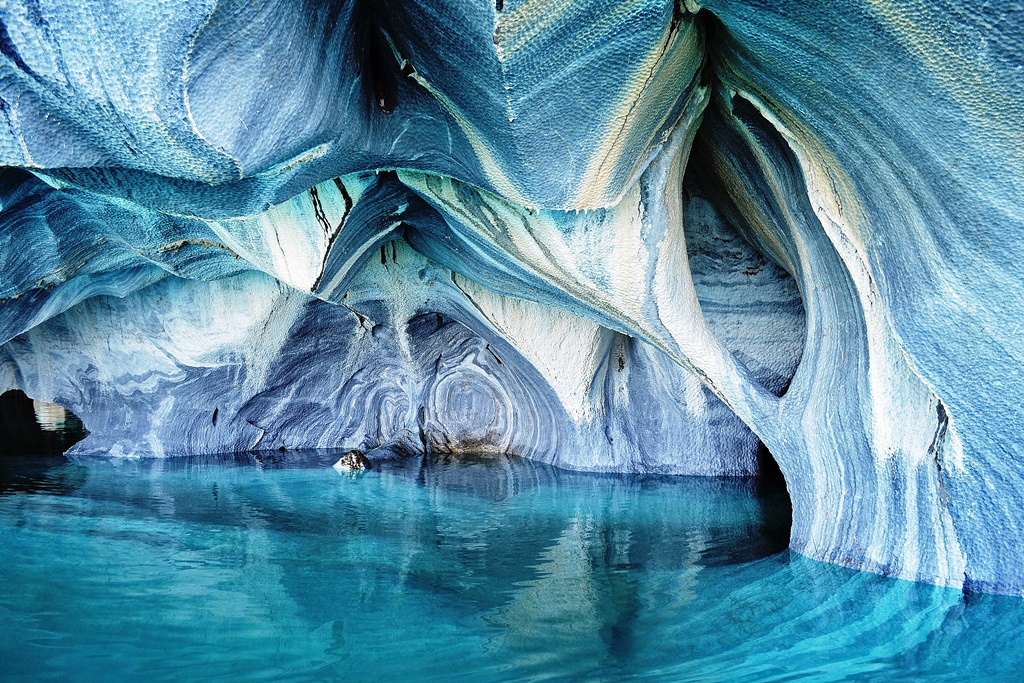 However, it would be a sin to forget about Punta Arenas. The capital of Chile’s southernmost region is also one of the most populated cities in Patagonia. Also, it is a gateway to the aforementioned national parks and Antarctica. Furthermore, Patagonia often serves as a gateway to one of the southernmost locations on Earth – Cape Horn.

Chile is a land full of history, and everyday life is filled with Indigenous and European traditions. The seven UNESCO Cultural World Heritage sites bear witness to Chile’s cultural heritage. Moreover, their diversity – from the Incan roads, Polynesian Easter Island to the 19th-century city quarters – showcases how long the history of the land truly is. Likewise, they are also a significant part of Chile’s tourist attractions and a good enough reason to visit this country.

However, it is not only the remote nature that harbours important cultural monuments. The urban Historic Quarter of Valparaíso is a 19th-century district with unique features. Namely, it is famous for its architecture and setting that resembles an amphitheatre. Additionally, its historic significance lies in its proximity to the Strait of Magellan, as the city was an important port. 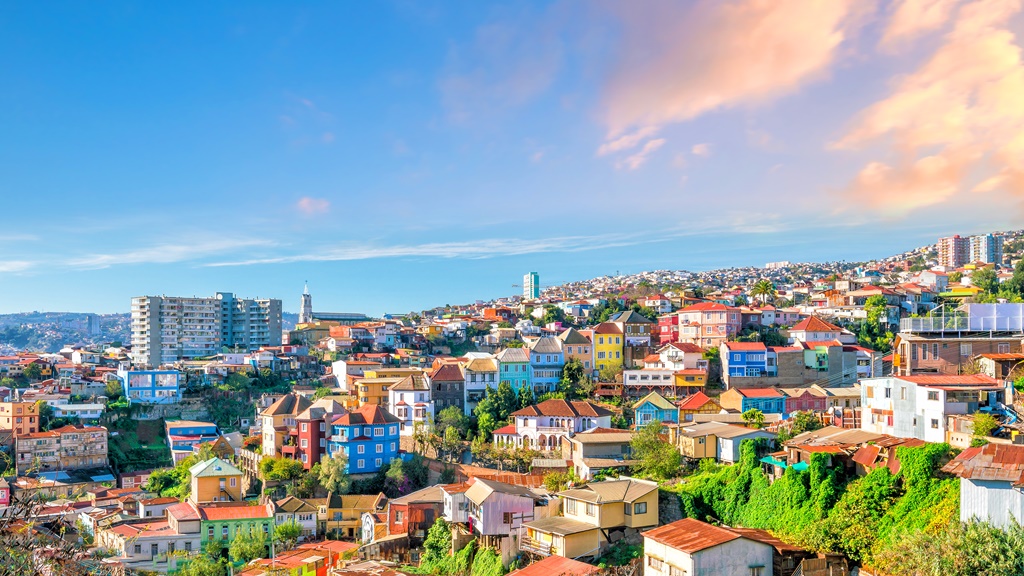 Another World Heritage site is Qhapaq Ñan or the Andean Road System. The network that the Incas built connected many cities. Notably, the road system spans over 6,000 kilometres and Chile shares it with Peru and Ecuador. Other sites include Settlement and Artificial Mummification of the Chinchorro Culture, Sewell Mining Town, Churches of Chiloé, Humberstone and Santa Laura Saltpeter Works and Easter Island.

Chile is likely the most famous wine region of the New World today. In fact, Chile is the 5th largest exporter and the 7th largest wine producer in the world. Of course, the country’s wine tradition is long. It has been also shaped by different cultures and people who came from other wine regions in Europe.

Interestingly, Chile has several wine regions and subregions. Most of them are in various valleys and produce grapes of different varieties. Maipo Valley is the region closest to the capital, Santiago de Chile. Many of these valleys in addition to producing wine also cater to tourists. Thus, many agencies offer wine tours to those who wish to try as many variants of this centuries-old spirit as possible. 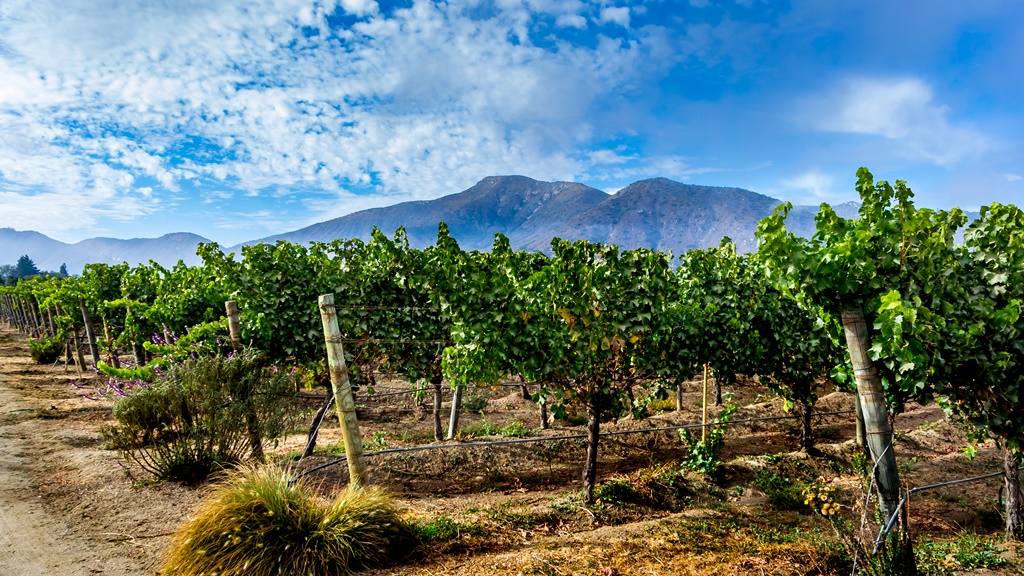 Chile is filled with fantastic urban sceneries. In fact, nearly 90% of Chile’s population lives in urban areas according to the World Bank data. This of course means that the city life in Chile is not short of lively. Moreover, it offers beautiful sites as well, so there is a little bit of something for everyone.

Undoubtedly the most famous city is the Chile capital, Santiago de Chile. The city serves as a gateway for the majority of international passengers, as its Pudahuel airport is the busiest one in Chile. The city is comfortably nestled in the Andes. Thus, its scenery is a mixture of traditional and contemporary architecture between tall mountain slopes. The sunsets in the city are remarkable, and there are many viewpoints and historical landmarks scattered throughout the city. In addition, Santiago is one of the best places to visit in Chile because it is well-connected with the rest of the country. Furthermore, due to its proximity to the Andes, it is a great starting point if you want to reach some of the most famous ski resorts in Chile. 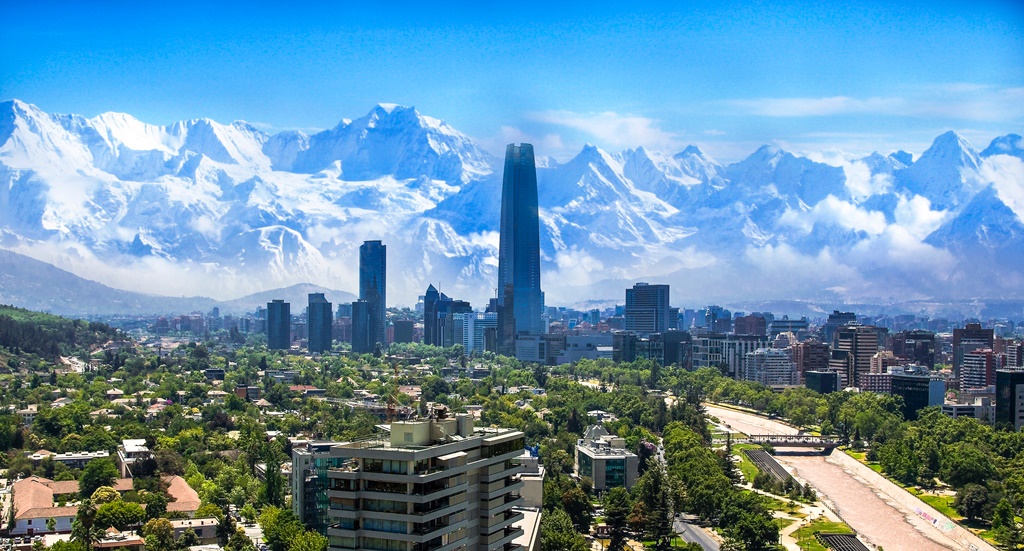 On the other hand, Viña del Mar offers a completely different experience. This resort city offers beautiful sandy beaches, very modern surroundings and lots of activities during the summer season. Although the ocean is not ideal for a swim because of the cold Humboldt Current, the destination is popular with many Chileans and foreigners.

Other notable cities you might want to consider include Castro, Arica, Valparaíso and Puerto Williams – the southernmost city in the world.

Easter Island, or Rapa Nui as the native Polynesian population calls it, is perhaps one of the most famous destinations in Chile. Yet, it is likely that not many people would know that the Polynesian island is a part of Chilean territory. The island is perhaps the most known for moai, the volcanic head and bust sculptures, and beautiful Easter Island beaches.

People inhabited this remote island for many centuries before the Europeans arrived. The indigenous people of the land, the Rapa Nui, preserved their culture until today despite many attempts to take it away from them. Today, over 3000 people of Rapa Nui descent reside on the island. 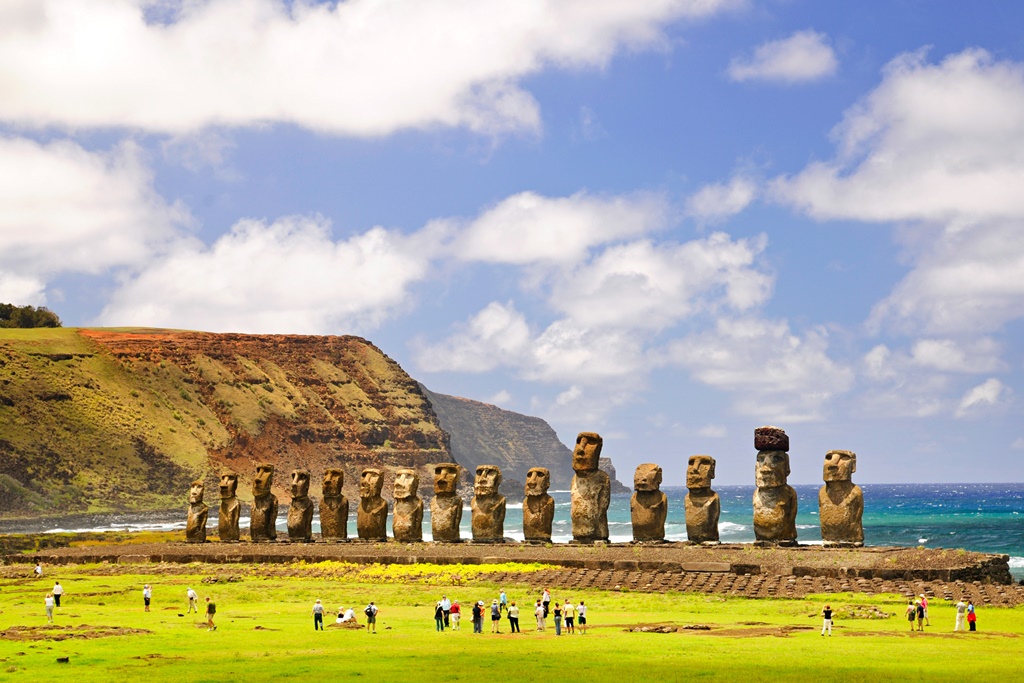 UNESCO declared the island a World Heritage Site in 1995, and a portion of the island constitutes the Rapa Nui national park. The island is very popular among tourists and explorers who wish to see the moai in person. Hence, it is possible to visit Easter Island with organized tours. Although a trip to Easter Island requires some preparation in advance, it is one of the most famous landmarks in Chile and is well worth visiting.