Brazil is the largest country in South America and the fifth-largest country in the world. Brazil is a synonym for lively rhythms of samba, colourful carnival, long stretches of sandy beaches and one of the most popular football centres. Dive into the otherwordly landscapes, incredible wildlife and unique culture. If still not sure if Brazil should be your next holiday destination, check out our reasons why Brazil is so legendary!

We can all agree that Brazil is a country that everyone should visit once in a lifetime. But, where to go exactly? Brazil is a huge country of 8.5 million square km, so expect a lot of diverse places. Of course, Rio de Janeiro and Sao Paulo are top of the priorities for a good reason. The city of Christ the Redeemer is a cultural hub with some of the biggest attractions in the world such as NP Tijuca, Copacabana Beach and more. On the other hand, the most populous city of Brazil is still growing with popularity offering a lively atmosphere and a huge cultural background which you can discover in numerous great museums.

The capital city, Brasilia, is another important business and tourist centre. Here you can enjoy numerous festivities throughout the year and a rich schedule of performances, concerts and traditional events.

Recife is a traditional Brazillian city that resembles Venice thanks to its numerous canals. The city is full of interesting sights of which some are on the UNESCO list and has some of the most amazing beaches.

The former capital Salvador is one of the oldest cities in Brazil. The city has a rich historical background which reflects in plenty of things to see.

Of course, the suggestions don’t stop here, if time is on your side consider cities like Belo Horizonte, Manaus, Fortaleza, Curitiba and Natal. 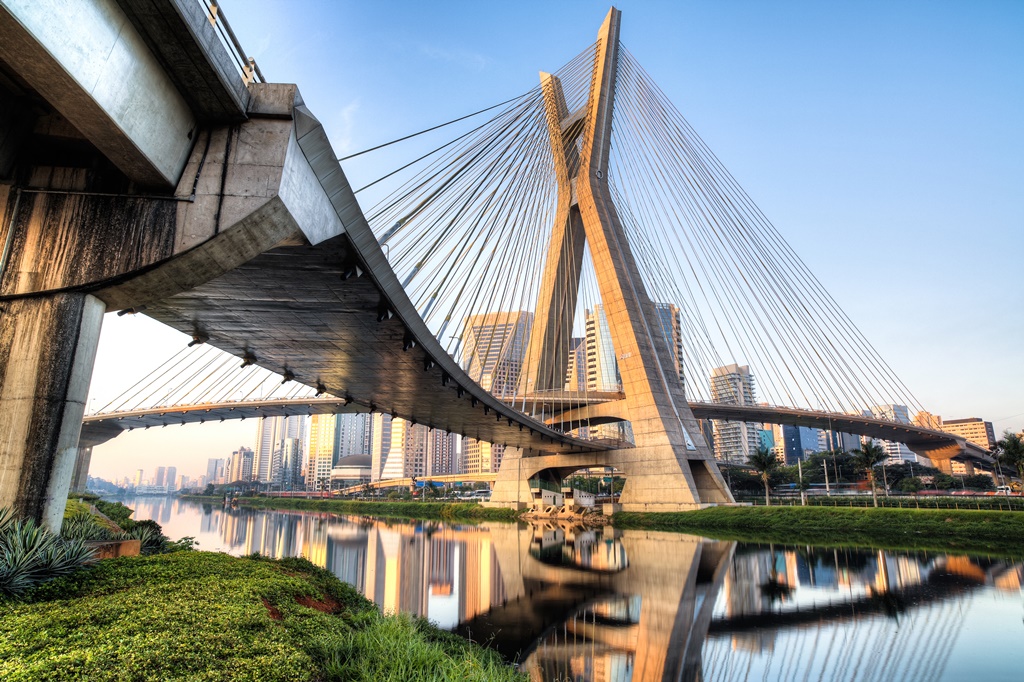 Brazillian beaches are among the most beautiful beaches in the world, and many would agree with that. Thanks to the tropical climate, beaches in Brazil are long, sandy with crystal clear waters. No wonder why so many beaches from this country were an inspiration for so many music hits. Here are literally just a few most important beaches. 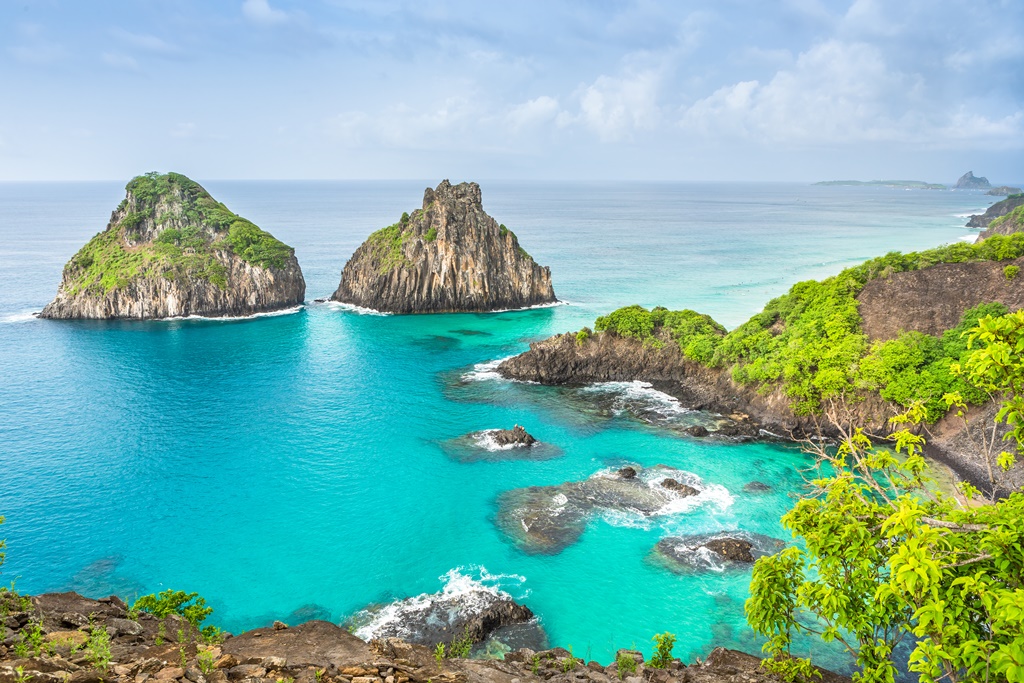 The Carnival of Brazil is the largest festivity in the world and Rio Carnival is the largest carnival celebration according to the Guinness World Records. There is no better party on earth such as in cities like Rio de Janeiro and Sao Paulo on those days before the Ash Wednesday. Huge organized parades led by samba schools fill the streets. Everyone sings, dances and wears the most amazing costumes you could imagine. Also, Carnival balls are held in venues all over the cities with its specific sub-themes of carnival evenings.

The origins of the Brazil carnival date back to the Age of Discoveries, when the first Portuguese settlers brought it from Europe to the colonized Brazil in the 1600s. The carnival is actually a Christian tradition of the final celebration the night before 40 days of Lent.

If visiting Brazil during the Carnival, prepare for the massive crowds, even in the smaller cities. As the temperatures on these days can reach above 40°C, make sure your costume is light. However, indulge yourself to the samba rhythm and colourful crowds. 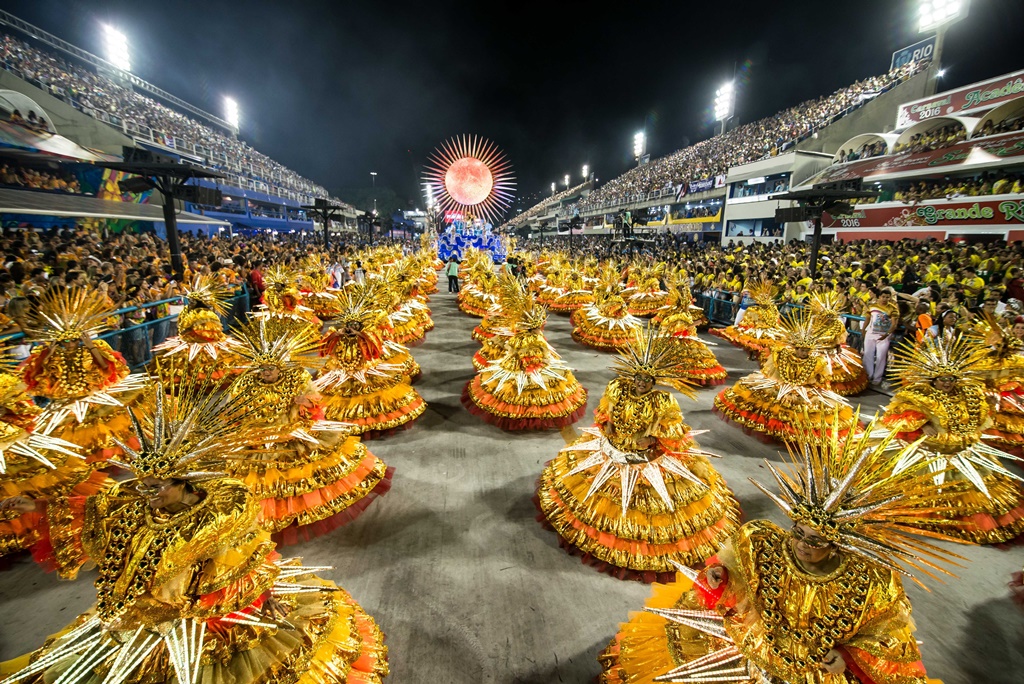 As one of the largest countries in the world, Brazil boasts a huge area of nature with some of the most popular sites in the world. The mighty Amazon Rainforest is considered in Brazil as 60% of the forest belongs to the country. Amazonia represents half of the world’s remaining rainforests and features highly rich biodiversity. The second most important site of Brazil is the Iguazu Falls, the largest fall in the world shared with Argentina.

Together with Iguazu Falls, Brazil boasts 72 national parks of which many are the biggest tourist attractions in the country. National parks such as Lencois Maranhenses, Monte Roraima and Chapada dos Veadeiros abound in mountains, rivers, falls, lakes, canyons and valleys. Also, the opportunities for an active holiday are endless.

Anyway, getting off the road in Brazil is easy, you can find hidden beaches, deserted areas and lush forests. Opportunities for encountering a wild animal are countless, but we recommend to book a tour or an experienced guide in order to help you keep safe. 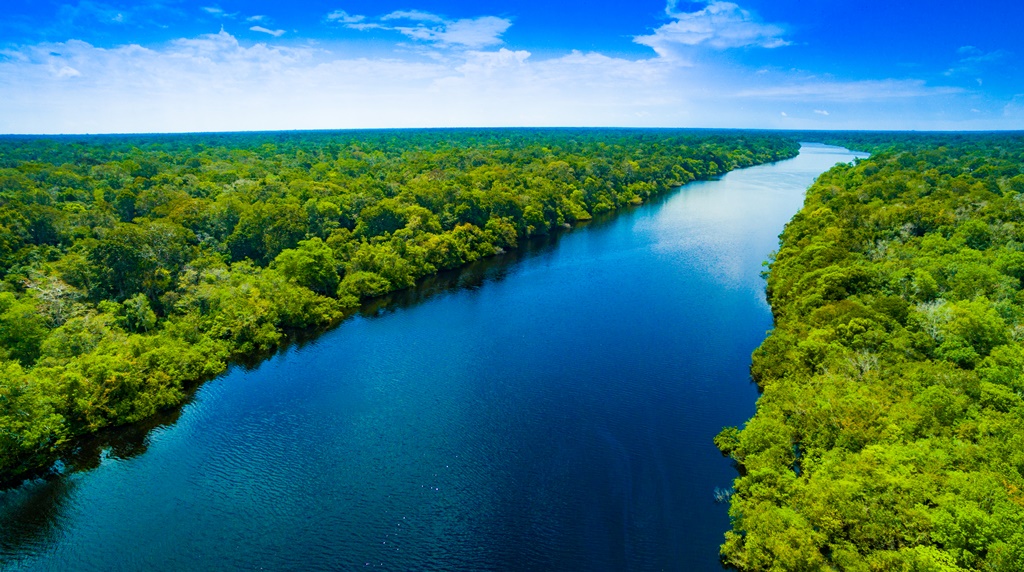 Brazilian cuisine is a combination of various influences such as European, African and Asian. Portuguese cuisine had a huge impact as well as the food traditions of the indigenous people from South America. However, Brazilian cuisine is very distinctive and inevitable part of experiencing the country.

Thanks to the size of the country, Brazilian food traditions vary in different areas, but regardless of which part of Brazil you’re visiting, here are the most popular national dishes one must try:

Brazil is also a dream country for all coffee lovers. This country produces one-third of the world’s coffee. As a leading grower and exporter of coffee beans, Brazilian coffee is known for its distinctive taste and quality. 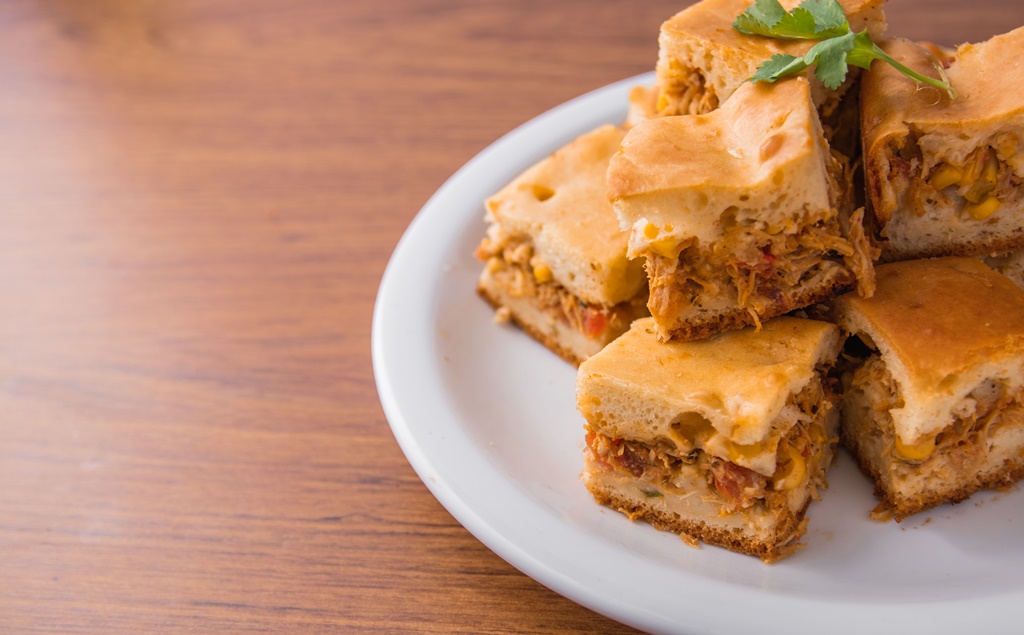 Ronaldo, Ronaldinho, Kaka, Pele, Neymar… There is hardly a person in the world who hasn’t heard about these names. These legends contributed to what we consider today a Brazilian football. No doubt that football is the most popular sport in this country which is the only one that participated in every World Cup competition ever held. Football is simply part of the Brazilian culture and every bigger football game is viewed no matter the circumstances, even if that means skipping your work that day. All celebrations related to football are generous and done with passion. If you find yourself in Brazil during such a celebration, you will surely have a great time. 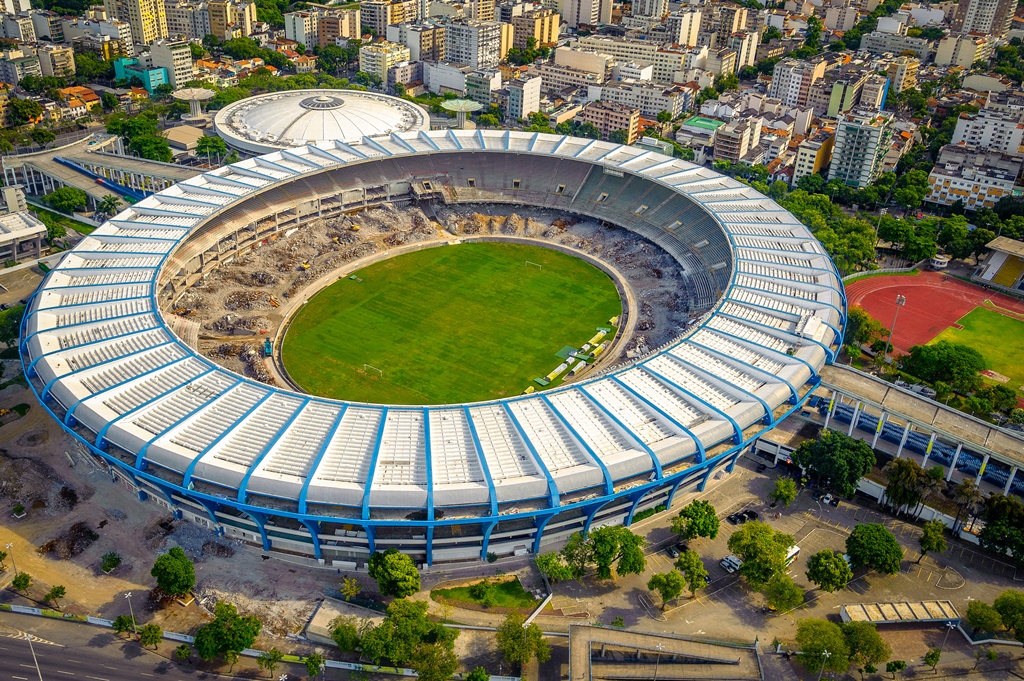 Visiting Brazil is a great idea all year round as the weather is simply – perfect! Brazil is a tropical country situated mostly below the equator which is why the temperatures can reach over 40° C. Therefore, summers in cities such as Rio de Janeiro and Recife can be extremely hot, while winters are mild. That is why Brazil is an ideal destination if you want to escape the winter colds accompanied by the winter blues. While the whole northern hemisphere is freezing, beach life in Brazil is in full swing. No, rains are not excluded in Brazil, but there are statistically around 300 sunny days a year! 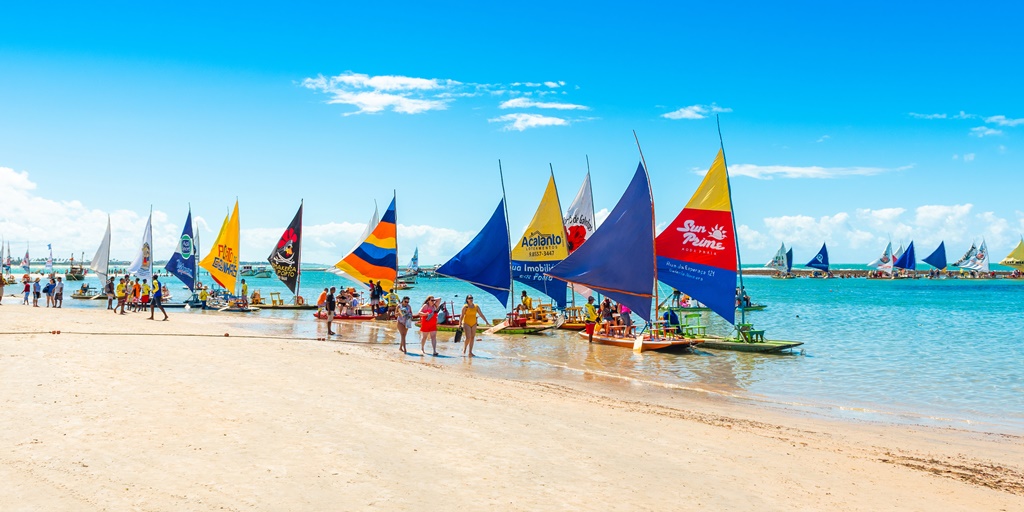 Sailing boats on the beach of Porto de Galinhas