When looking for unconventional vacation spots, what is it that we typically seek? Is it a strong identity of a country, its unimaginably rich culture, or is it otherworldly landscapes straight out of a fairytale? If it’s all of the above, look no further, as it sounds like Basque Country is your absolute top pick. Although a part of Spain, this wonder of a region, nestled in the Pyrenees and spilling into France, has such a unique air of authenticity on either side of the border that you will be swooning within seconds. We dare say it is a tough challenge leaving this Cantabrian gem, but nevertheless, here are some of the innumerable reasons to visit the Basque region.

The diversity of its capitals

Prepare to be mesmerized by the welcoming atmosphere of the Spanish Basque Country capitals, all three of them! Well on its way to becoming a true smart city, the largest of the three is Bilbao, and at first glance the centuries-long development of this metropolis is evident. The liveliness of the Old Town mixes perfectly with the bustling modernity of the New. Only a hundred kilometres away, Donostia, or San Sebastián, lies waiting for avid beachgoers and those who wish to explore a truly rich local cuisine, a monument to which is the stunning Basque Culinary Center. While not as famous as the other two, Spanish Basque’s third capital, Vitoria-Gasteiz, ticks all the boxes for a true Basque vacation, from its dishes to its architecture, and is just an hour away from San Sebastián. 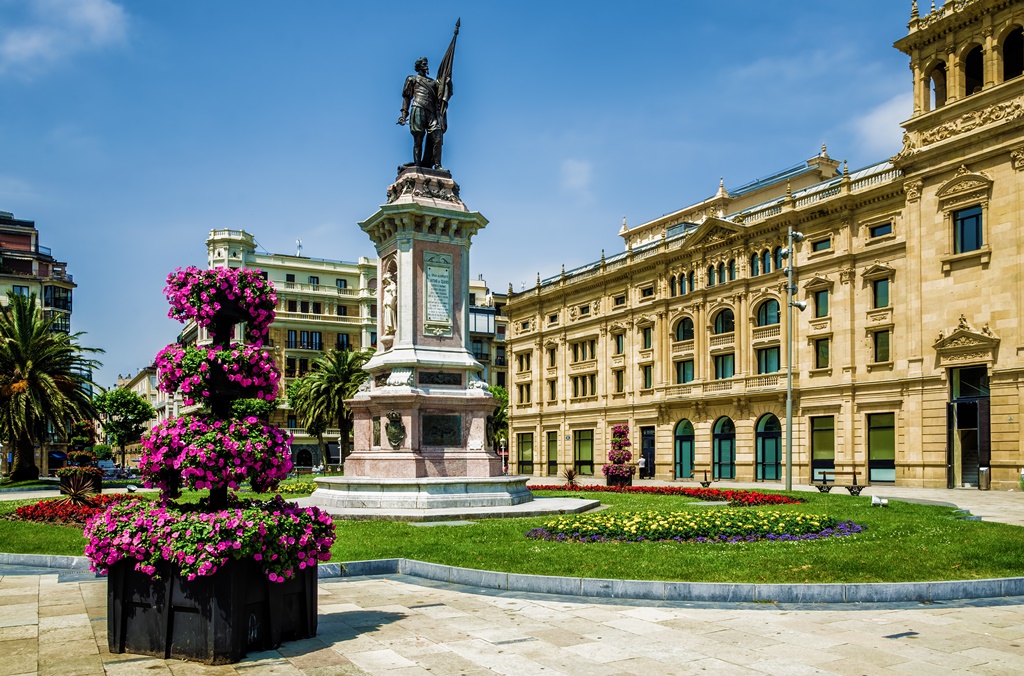 The delicious and varied (finger) food

It is impossible to go through Basque Country and not give pintxos a try. Pronounced pinchos, this Basque delicacy is a must-have snack on tables country-wide, whether ordered or simply grabbed off the bar (and, of course, paid for later on!). The name pintxo signifies the small “spike” that fastens the different parts of this delicious snack together. For a more rounded meal, you might want to book a table at Asador Etxebarri in Atxondo, as you would be dining at a restaurant that was voted third best in the world in 2019. Basque meals are normally washed down with kalimotxo (or calimocho), a staple drink of the area consisting simply of red wine and cola, or with traditional Basque apple cider, served in countless cider houses.The Basques love to put their own spin on traditional recipes, so you are sure to find an omelette basquaise for breakfast, or a Basque apple tart to enjoy with your tea. 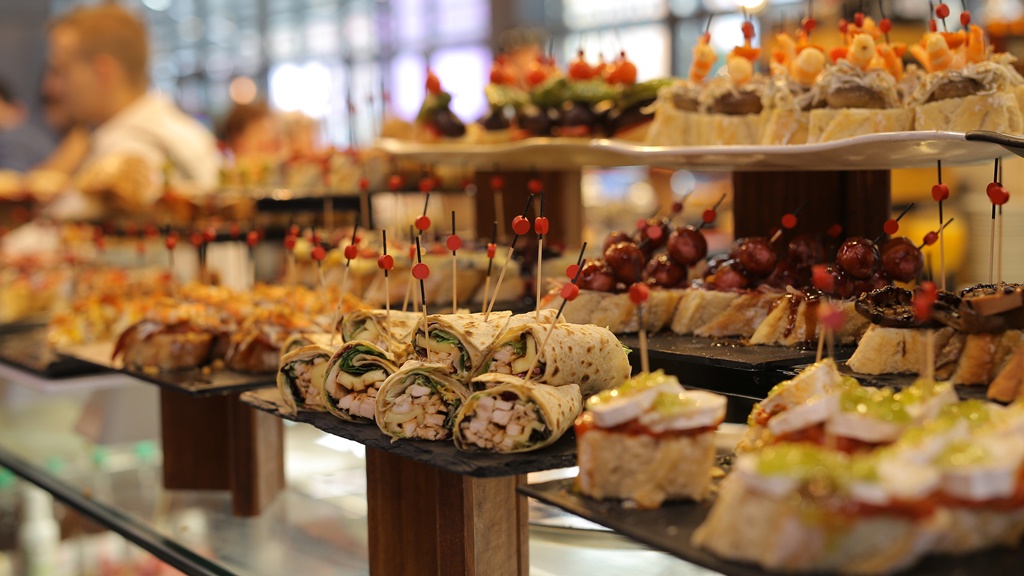 When talking about uniqueness, it is important not to leave out the Basque pelota. That’s right, the Basques have their own sport! This fast-paced court game, dating back to the 17th century, can be played in different ways, but all of them involve a ball, quick thinking, quick movements and, of course, a cheering crowd. Pelota is the nation’s favorite sport, followed closely by rugby and golf. It is also eco-friendly, as the balls used in the game are never discarded, but rather repaired and reused as much as possible. If you trust your reflexes and are confident of your stamina, try your luck at pelota!

The pilgrim Way of St James

Aside from sports, one would be remiss not to try and experience as much of Basque nature as possible, by way of country hiking and cycling. Basque Country being the site of the great Christian pilgrimage to the Cathedral of Santiago de Compostela resulted in a wide network of trails throughout the country, known as The Way of St. James. Nowadays, these routes are extremely popular with hikers and cyclists, and some even say that Basque Country is the absolute best area in all of Spain for cycling and camping. These trails pass through Navarre as well, giving adventurers a chance to explore an area of complex history and gorgeous landscapes. 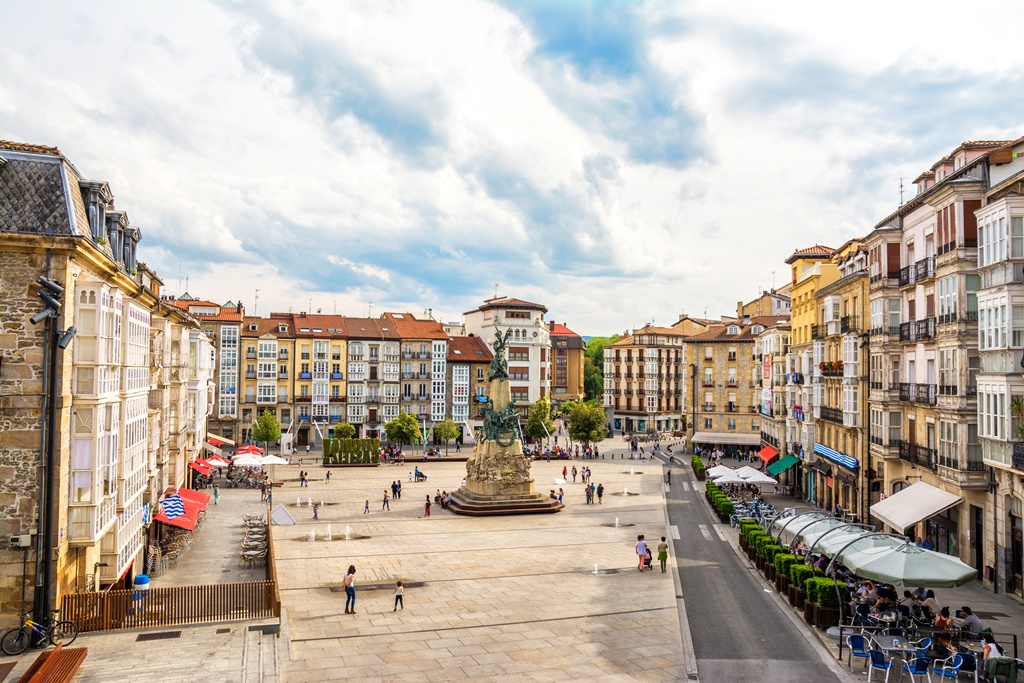 As if we haven’t been surprised enough by the Basques – they speak a language like no other in the world, which makes it a ‘language isolate’! Euskera may occasionally sound similar to Spanish or Catalan, but it is entirely different, and has seven dialects spoken across seven provinces of Basque Country. The Basques, being one of the oldest ethnic groups in Europe, love to celebrate their culture. One of the best examples of this celebration is the Basque Festival, or Euskal jaiak, dedicated to Basque customs and folklore. Basque Country is home to more festivals than you can count!

There are thousands of reasons to visit Basque Country, and the time to start planning is now!