Located in the Southern Hemisphere, between the Indian Ocean and the Pacific Ocean, we find the world’s smallest continent and one of the largest countries – Australia. Filled with captivating nature and unique culture, it is like no other place on Earth. Below we have listed the 10 main reasons why you should visit the “Land Down Under”

The Great Barrier Reef is the largest coral reef system on Earth. It stretches for 2,300 km along the eastern coast of Queensland. The whole area has been protected as a World Heritage site by UNESCO since 1981 and it is one of the best regulated marine areas in the world. The Great Barrier Reef is made out of 400 different types of corals. Together they form over 3,000 separate reefs and around 900 continental islands and coral cays. The crystal clear waters house more than 1,500 species of fish and an amazing 4,000 types of molluscs. On the other hand, the blue skies see over 200 sorts of birds. 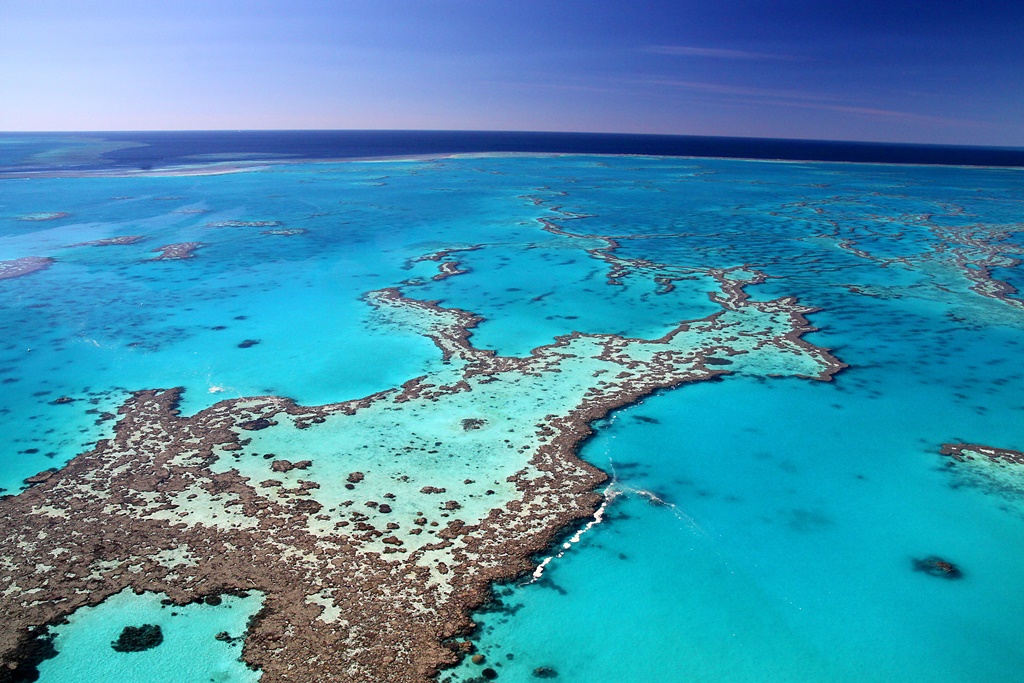 One of the most interesting places situated among the coral reefs are the Whitsundays. The Whitsundays are a collection of 74 islands of various shapes and sizes, destined to be explored by sailing among these wonders of nature. Located on Whitsunday Island itself, is Whitehaven Beach. This beach is considered one of the most beautiful beaches in existence. It’s characterized with unrealistic powder-white sand stretching for 7 km along the coast. Another interesting site located in this area is Heart Reef, a natural coral composition perfectly shaped into a heart. This beauty was discovered in 1975 by a local pilot and if you want to enjoy it it is best to do that from the sky as it is forbidden to access the reef. 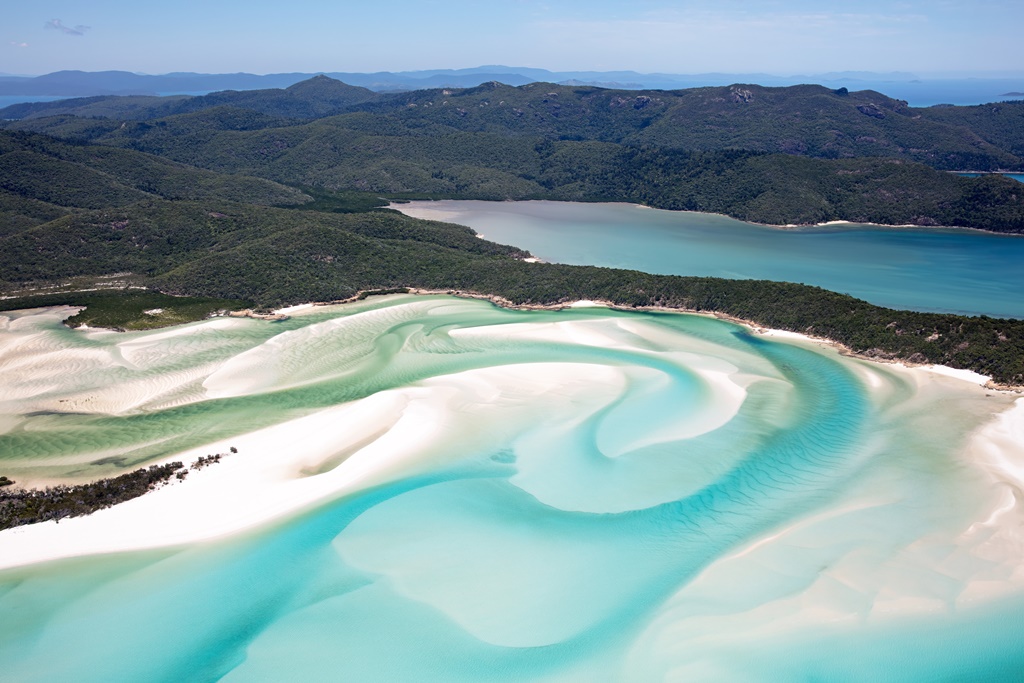 Located on the eastern Australian coast is the country’s largest city – Sydney. Because Australia’s land area is larger than that of Europe and the population density is rather low, most people prefer living in the cities and along the coastline. Sydney’s metropolitan area houses a population of more than 5 million people. The city has a vibrant culture, throbbing atmosphere and a very appealing lifestyle. Probably the first image that pops into everyone’s mind when they hear about Sydney, would be Sydney Harbour with the biggest steel bridge in the world, and the amazing Sydney Opera House. This spectacular location is definitely worth the visit. The sight has become Sydney’s symbol since the construction of the Sydney Harbour Bridge and Opera House in the 20th century. The city is also filled with amazing restaurants, beautiful parks and relaxing beaches. 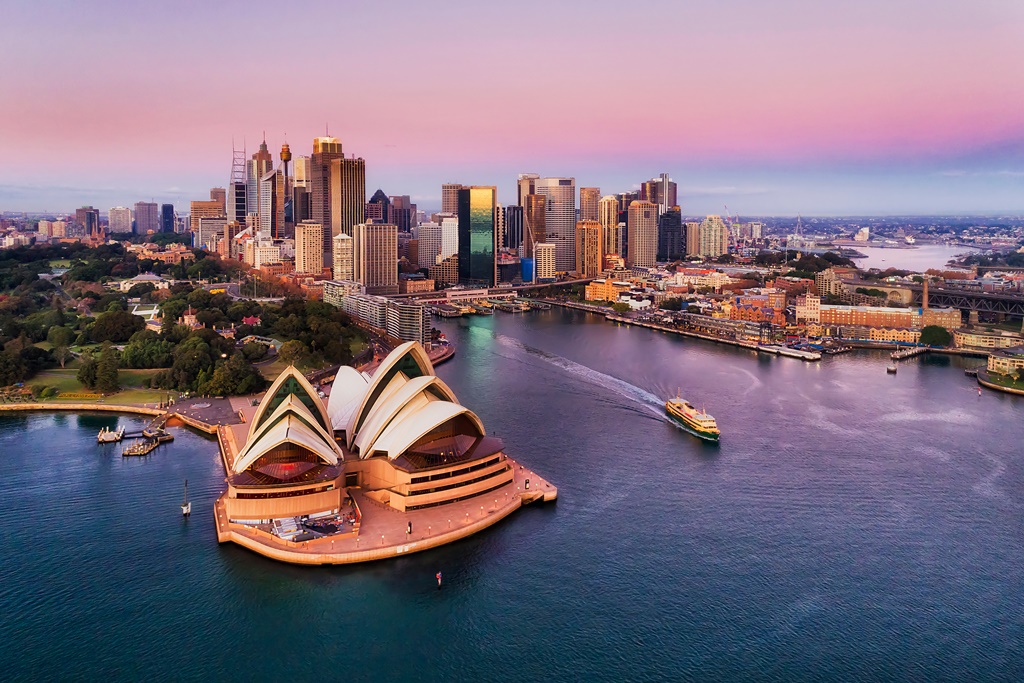 With over 50.000 kilometers of coastline and some of the clearest waters on Earth, Australia is every beach-lover’s paradise. The East Coast is much more crowded and has numerous white-sand beaches which are some of the best known in the world. If you prefer something more relaxing and remote you should visit Australia’s western coast. It is much quieter and in some places, you won’t find another person for miles. It doesn’t matter where you go, you should always be aware of strong riptides. To enjoy the sea in the safest way possible it is always advised to stay between the flags. Another safety tip is to always wear sunblock as the ozone layer above Australia is rather thin and the sun is harmful even during the chiller days.

An interesting fact about Australians is that 1 in 10 practice surfing as a recreational sport. That is not so hard to believe when you see the beautiful waves storming the beaches. Along the eastern coast, you will find numerous beaches where they offer surf courses for beginners. So, even if this is your first contact with the sport, there is no reason to feel left out. Some of the most popular beaches are Bondi Beach, Manly Beach and Freshwater Beach. One place that deserves a special mention is the Golden Coast, home to the world-renowned Surfers Paradise. It is over 70 kilometers long and has some of the most famous surf breaks in Australia. 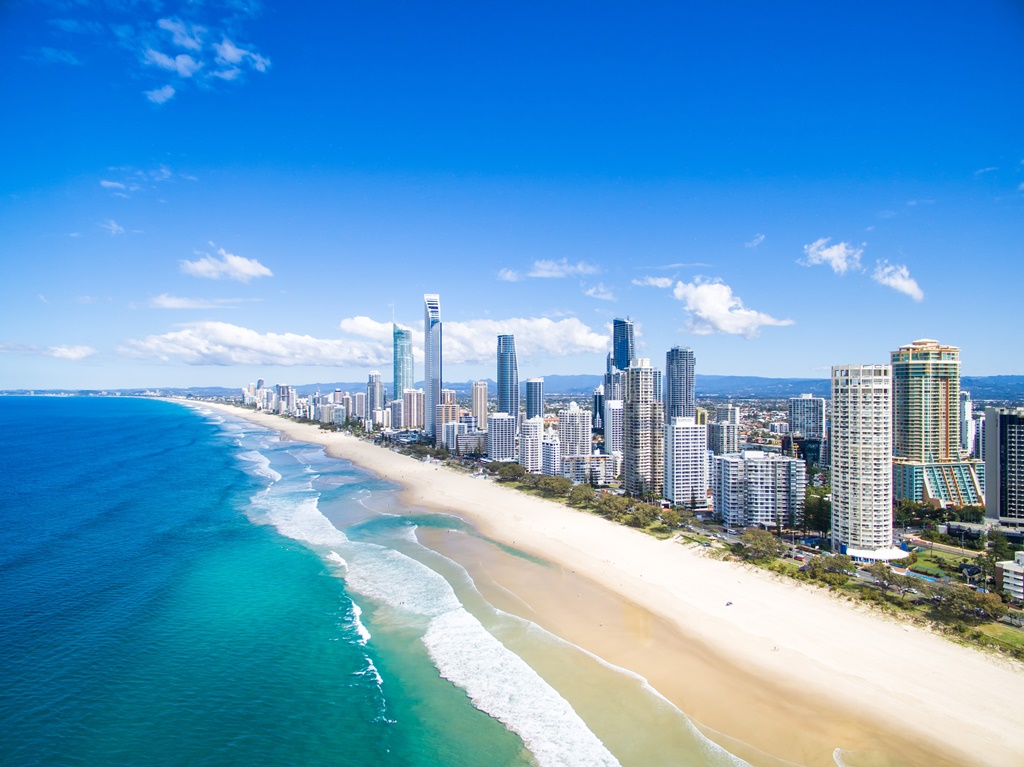 Approximately a 90-minute drive from Melbourne’s city centre, you will find the start of a truly wonderful journey. The Great Ocean Road is something that is not to be missed when visiting Australia. The road spans 400 kilometers along the coastline, taking you from the town Torquay all the way to Nelson. It was built by soldiers who returned from World War I in memory of those who were killed. This is still today the world’s largest war memorial. The Great Ocean Road follows for a greater part the Surf Coast, as well as the Shipwreck Coast where you can find the famed Twelve Apostles. The possibilities are endless when it comes to what you can see and experience during your road-trip along the Great Ocean Road. Explore the beautiful nature and enjoy the rainforests, beaches and cliffs that cross your path. Taste some local products, meet the country’s wildlife and learn about Australia’s Aboriginal culture. All this is possible when travelling the Great Ocean Road.

If you really want to get in touch with the ruggedness of the coast, you should take the Great Ocean Walk. It stretches for 243 kilometers along the south-eastern coast and is a part of Australian National Heritage. 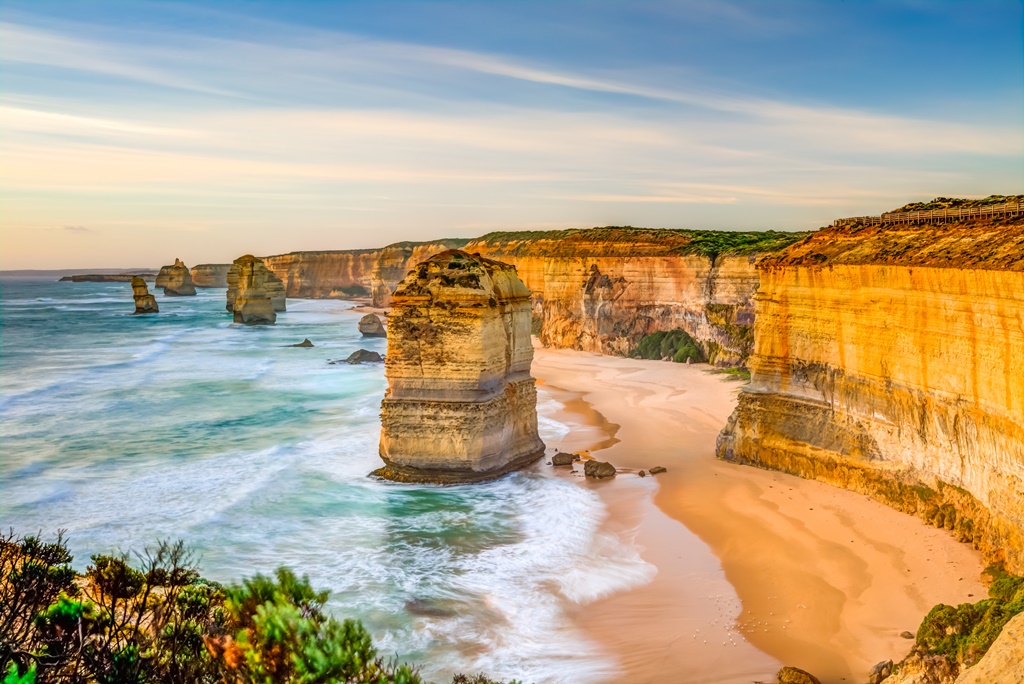 Fraser Island is the world’s largest sand island. It stretches over 123 kilometers in length and up to 22 km in width. The island is listed as World Heritage and has an important part in Australia’s cultural and natural heritage. It is the only place where rainforests grow on sand dunes at elevations above 200 meters. The island also has the most perched lakes on Earth. Besides that, it is the home to the purest strain of dingoes in all of eastern Australia. Between the months of August and October, Hervey Bay is the place to be. You’ll get to experience the whales migrating from the cold waters of the Antarctic to the warmer tropical seas. 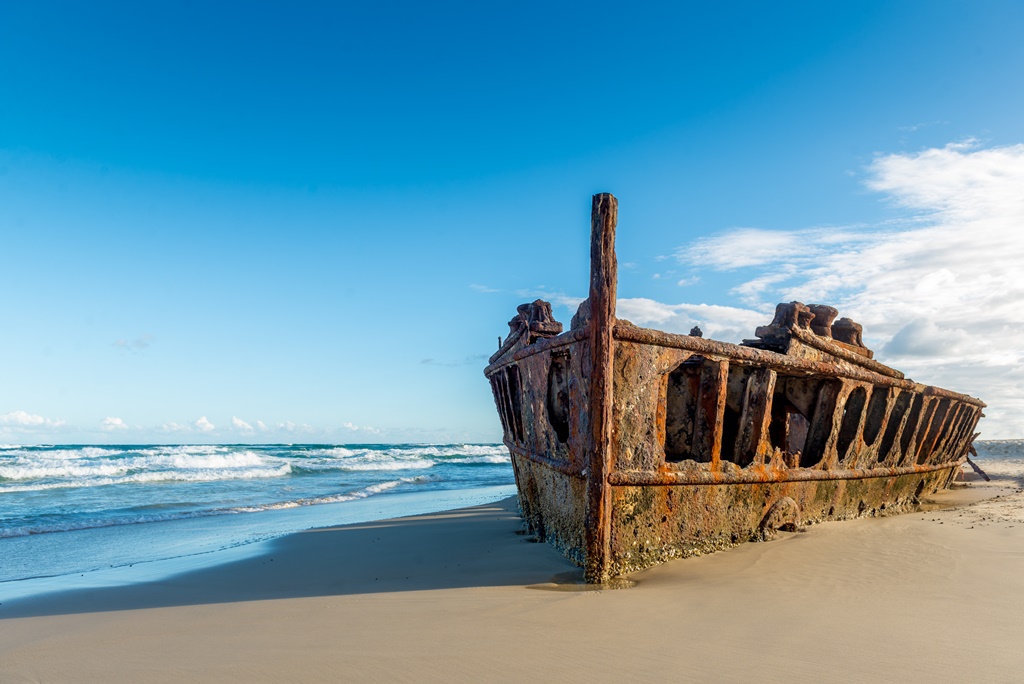 The second-largest city in Australia is Melbourne, the birthplace of Australian impressionism, as well as the film and television industry. It is considered one of the most livable cities in the world. That also makes it a great place for all visitors passing by. Almost a third of the city’s area are green spaces, so finding a park or a garden to relax that won’t be a problem.

There is also something to find for the culture lovers visiting Melbourne. The National Gallery of Victoria is the country’s largest, oldest and most visited art museum. You also have the Royal Exhibition Building, built in the nineteenth century. Moreover, it is one of the last and best-preserved buildings of its kind in the world. Because of that, it became the first building in Australia awarded with a UNESCO World Heritage status in 2004. Melbourne is also renowned for its markets, which sell almost everything you can think of. One of the best examples is the Queen Victoria Market, also known as the biggest open-air market in the Southern Hemisphere. You will find that Melbourne’s city centre is threaded with cobbled laneways filled with coffee shops, cafés and rare boutiques. 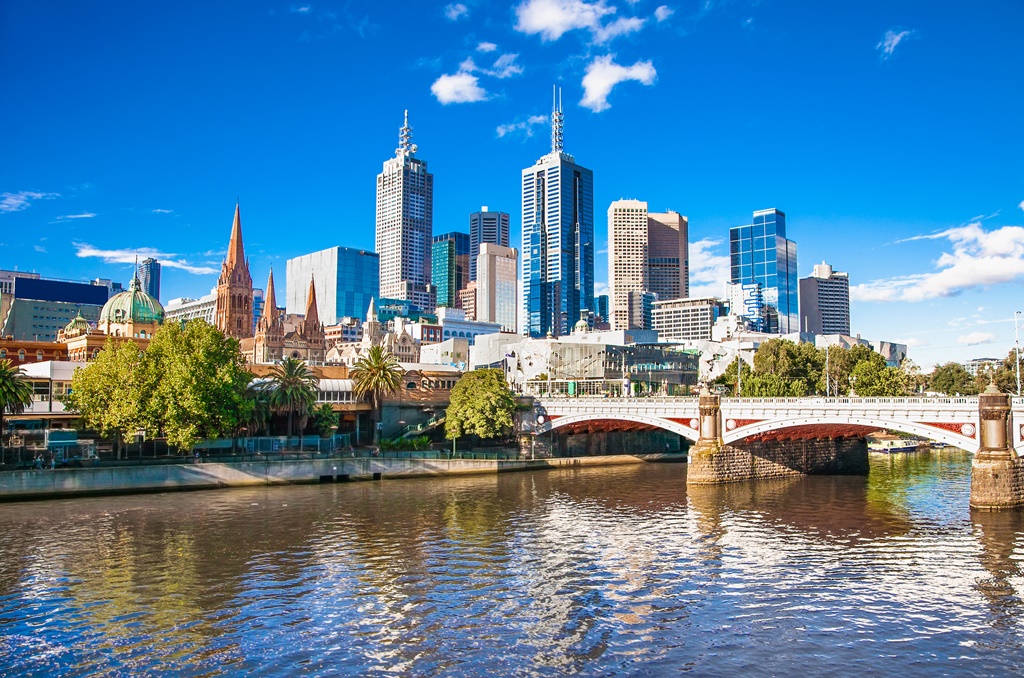 About 80 kilometers west of Sydney is the Blue Mountains National Park. The park is listed as World Heritage and is every walker’s dream; it has over 140 kilometers of trails and tracks for you to enjoy and explore. The Blue Mountains National Park is divided into six areas: Katoomba, Blackheath, Glenbrook, Lower Grose Valley, Mount Wilson and the Southern Blue Mountains. If you want to enjoy a day at the park, we recommend that you go to Echo Point. From there you can enjoy the view at the Three Sisters rock formation. Interested in some stories? You can always book a local guide to tell you more about the park and the stories that come with it. Besides all of this, there is much more that you can do here. From breathtaking waterfalls and lookouts to adventure sports and camping, there is something for everyone’s taste. 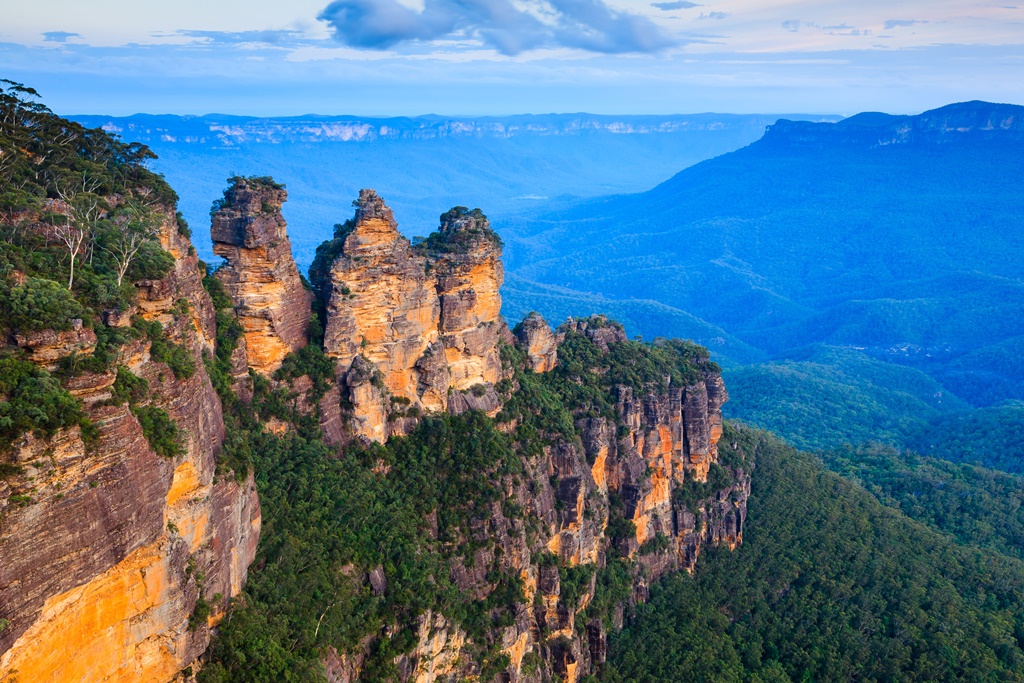 Just thirteen kilometers off the South Australian coast is Kangaroo Island. Kangaroo Island is also known as Karta, which means “Island of the Dead”, but don’t let that scare you because it is an actual paradise here. It is Australia’s third-largest island and one of its most popular attractions. The island is packed with native wildlife, delicious food and gorgeous rock formations. Take your time exploring the island and tasting all its delicacies as it is known for its freshly caught seafood, cheeses and wines. It is also home to the Seal Bay Conservation Park, the only place on Earth where you can walk with sea lions. You can observe them from the walking trail or, if you are a bit more daring, book a guide a mingle with them on the sandy beaches. Besides all of this, during the months September and October the ART FEASTival is hosted all across the island, celebrating local art and food. Keep also in mind that the western part of the island is closed off as it was largely affected by the Australian fires in 2019 and 2020. 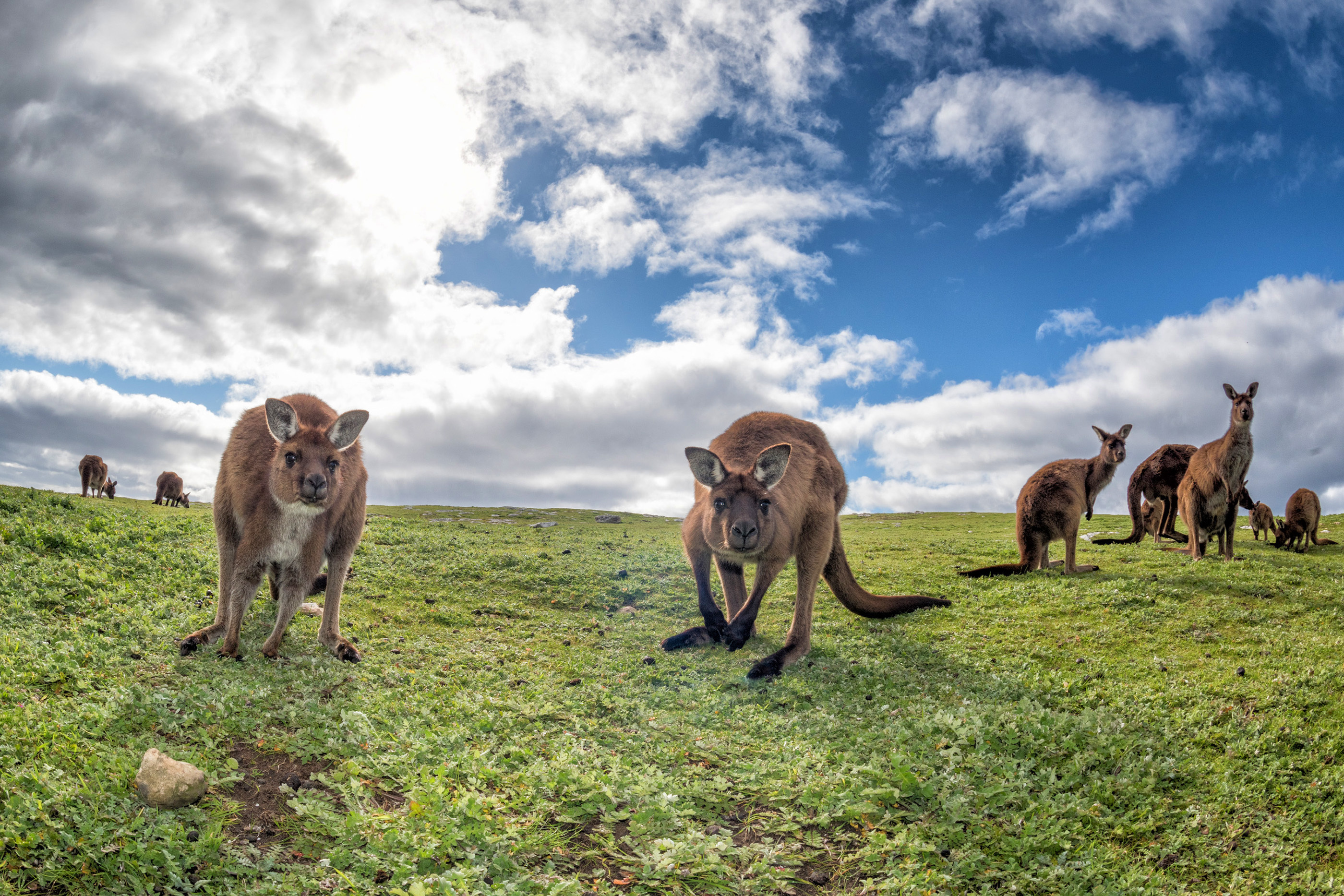 Tasmania is the only island state in Australia, consisting of a 334 island archipelago. Its total size is the same as that of Ireland but with less than one-tenth of the population. Around 42% of Tasmania are protected areas. That means you have plenty of national parks and World Heritage sites to visit. Keep in mind that the island Tasmania itself is the 26th largest island in the world. If plan on visiting, you should consider staying here at least a couple of days. Tasmania is a large exporter of seafood, especially salmon, so when visiting don’t skip this local delicacy. If you are visiting on a weekend, head out to Hobart where the Salamanca Market is held every Saturday. It is definitely one of the most loved and vibrant outdoor markets. When already in Hobart, consider visiting the MONA (Museum of Old and New Arts) which showcases David Walsh’s private collection of antiquities and art worth around $110 million. 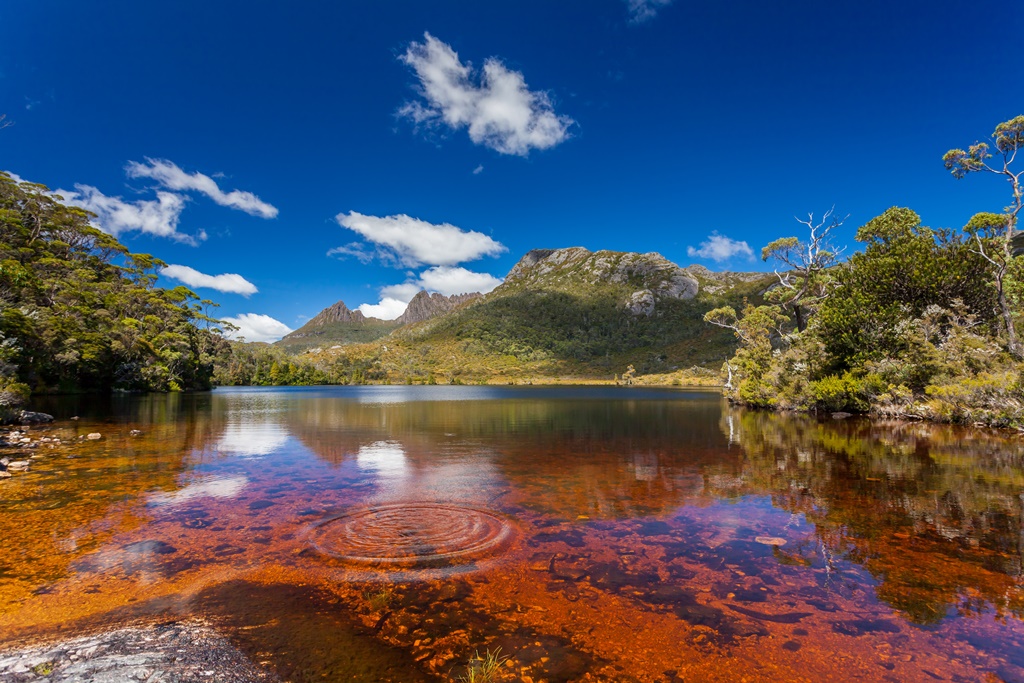 Last on the list, but definitely not the least is Western Australia. Western Australia is the country’s largest state, consisting of nearly one-third of the continent. The capital of the state is Perth, the fourth most populated city in Australia. Take a walk through Kings Park, one of the largest parks in the world, even bigger than NYC’s Central Park. As an alternative, go for a swim at one of its beautiful beaches. Just nineteen kilometers from the coast of Perth is Rottnest Island. It is home to the happiest animals on the planet – the quokkas. Enjoy some peace and quiet and take a selfie with this Instagram star you should absolutely consider visiting the island. 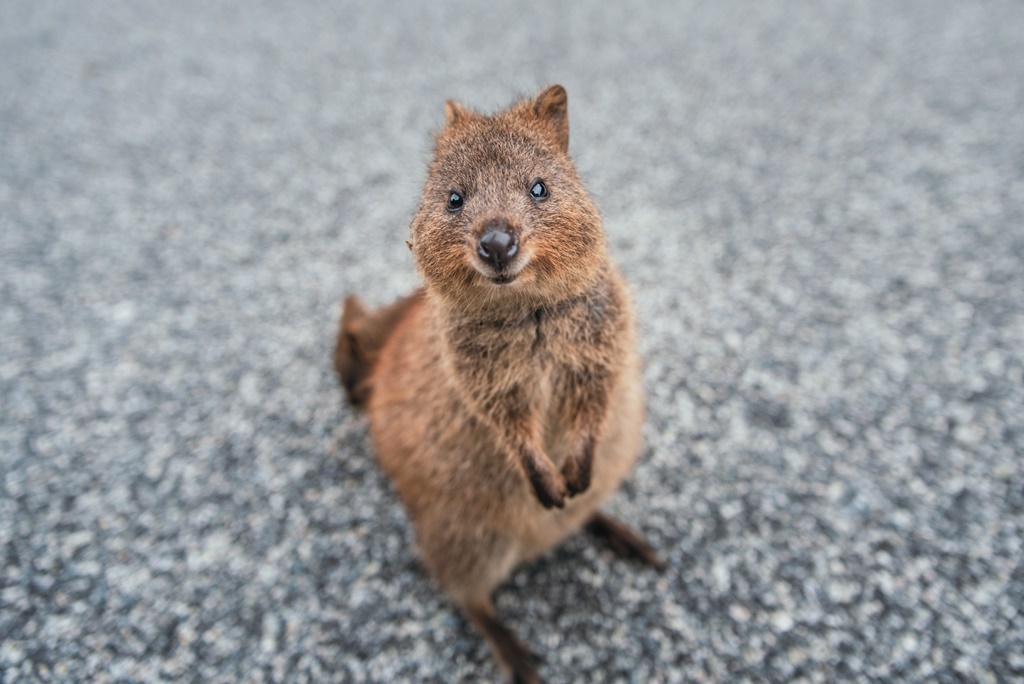 South of Perth is Margaret Wine region home of some of the best Australian wines. In the north of Western Australia, along the western coast is World Heritage site Ningaloo Reef. It is the best place on Earth to take a swim with whale sharks. A bit further to the north you’ll find the Bungle Bungle Range, one of the most remarkable rock formations. The tiger-striped sandstone domes provide a beautiful site to bewonder. For the ones who want to hit the road, head straight onto the Gibb River Road. The 660 kilometers of red dirt roads will take you through the heart of the Kimberley and keep you busy for a while.