What to see in Liechtenstein

When one talks about world’s smallest countries, Liechtenstein is definitely among the first ones mentioned. Snuggled between much more famous neighbours, Switzerland and Austria, Liechtenstein is one of the tiniest and richest countries in the world. Also, it is a pure fairytale combined from a mountain principality under the rule of an iron-willed monarch, the Alps nearby and turreted castles.

Although it has no international airport, the country is easily accessible by local bus from Switzerland. A true paradise for outdoor enthusiasts, Liechtenstein will give you enough reasons not to doubt its worth despite its size!

The capital city of Vaduz is not a popular tourist destination, but its Vaduz Castle is definitely worth paying a visit to. This stunning place is home to the Prince of Liechtenstein. Constructed in the 12th century, it overlooks the capital, named after the castle. Unfortunately, the castle is not open to the visitors because the country’s royal family still lives there. Nearby you can see one of Vaduz’s top landmarks, the Red House, visible from long distance since it was built on a mountain, which overlooks one of the most extensive vineyards in the country. 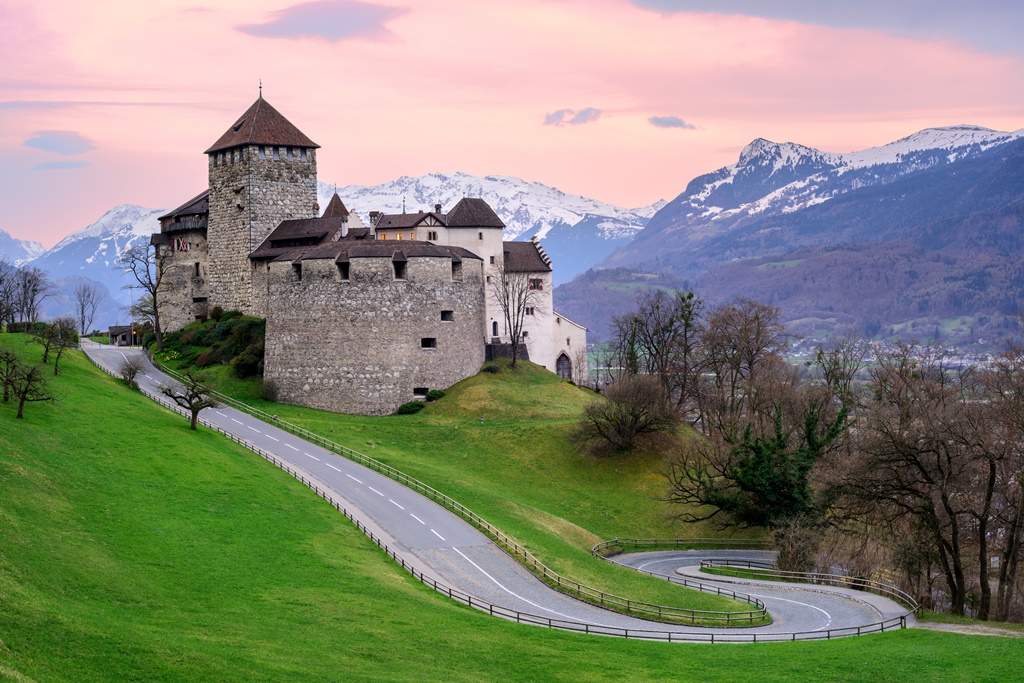 Don’t forget to see the excellent Liechtenstein National Museum (Landesmuseum), a state-owned masterpiece situated in a fantastically preserved 15th-century former hotel, once visited even by Johann Wolfgang von Goethe. The best part of the museum is a splendid 1:10 000 scale relief model of the principality. 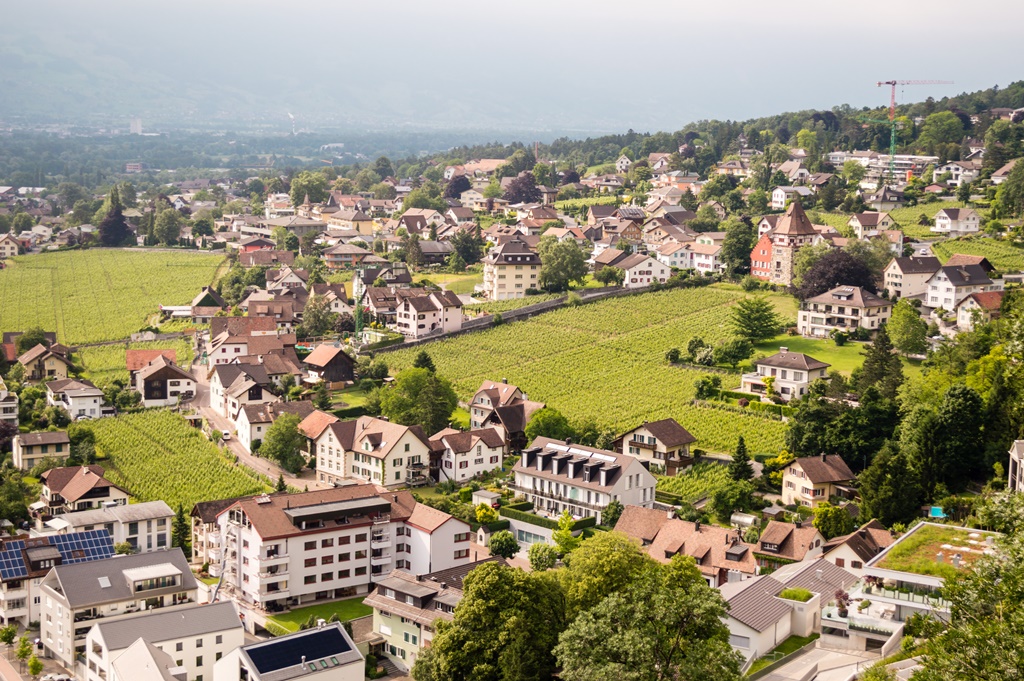 Let’s head south, to the village of Balzers where the majestic Gutenberg Castle is overlooking the place since the Middle Ages. It’s situated on the 70-m-high hill which has been inhabited since Neolithic times and which has served as a place of many important archaeological finds, including the ancient Mars von Gutenberg statuette. During the summer months, you can even come across some concerts and theatrical performances held there, as well as enjoy the chapel and rose garden.

Now that you know that this country is not all about the capital, put the small towns of Nendeln and Eschen on your list. Nendel is known for its old foundations from a Roman villa and the Schädler Pottery, founded in 1836 and the oldest craft workshop in the country, famous for its traditional tiled stoves and stoneware crockery. In Eschen, on the other hand, you can see the Pfrundhaus from the 14th century which displays the local art and the Holy Cross Chapel.

Another jewel of Liechtenstein, only 3 km north of the capital, at the foot of the Drei Schwestern range is Schaan, a small industrial town known for its old Roman fort foundations. Right above the town is the 18th-century pilgrimage church of Maria zum Trost, where you can have one of the most beautiful views of the region. As one of country’s oldest towns, Schaan is also home to the DoMuS center with exhibitions of local art and history, the Calculator and Typewriter Museum and an interesting coppersmith’s workshop. The city also maintains the tradition of the Liechtenstein Festival, a two-day-long celebration of music, food and entertainment. 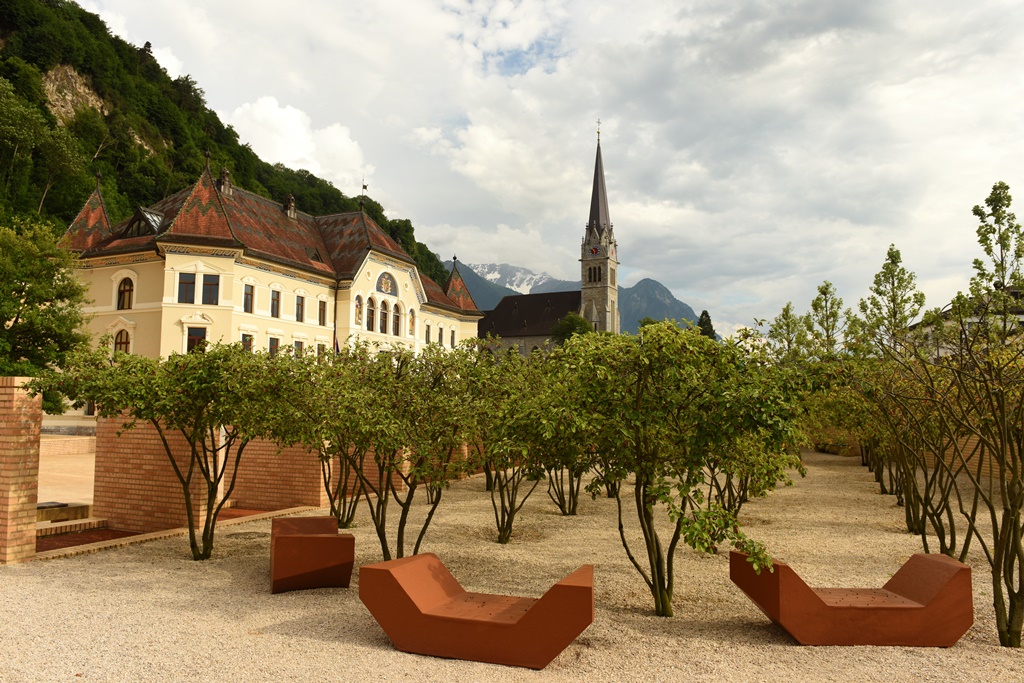 If you still need more reasons to choose Liechtenstein as your next destination, we have two words for you: Triesenberg cuisine. On a beautiful location, right in the middle of a valley only 6 km from Vaduz, this picturesque village is known, other than for its unique dialect, for the Triesenberger Wochen, a food festival held each year from mid-October to the end of November. While the festival is in progress, the local restaurants serve traditional dishes of the Walser people, some of them even centuries-old.

Last, but not least, Liechtenstein even has its own ski resort, the small city of Malbun. Due to its position on an Alpine ridge near the Saminatal Valley, Malbun has perfect snow conditions which led to the first ski lifts and slopes more than 50 years ago and today to one of the longest seasons in the Alps.
Visit Liechtenstein with GetByBus and thank us later!