UNESCO sites in the UK

Besides tea and biscuits, the UK is also known for its natural picturesque beauty and the mix between historic and modern architecture, which was also recognized by UNESCO. There are a total of 32 UNESCO sites in the UK, making the UK 8th country on the List of World Heritage Sites! There are numerous exquisite places to visit in the UK, such as the mysterious Stonehenge, the captivating Tower of London, Westminster Abbey and The Palace of Westminster which hide a fascinating past, but here are our picks for the top 10 most attractive and intriguing sites which just wait to be discovered. 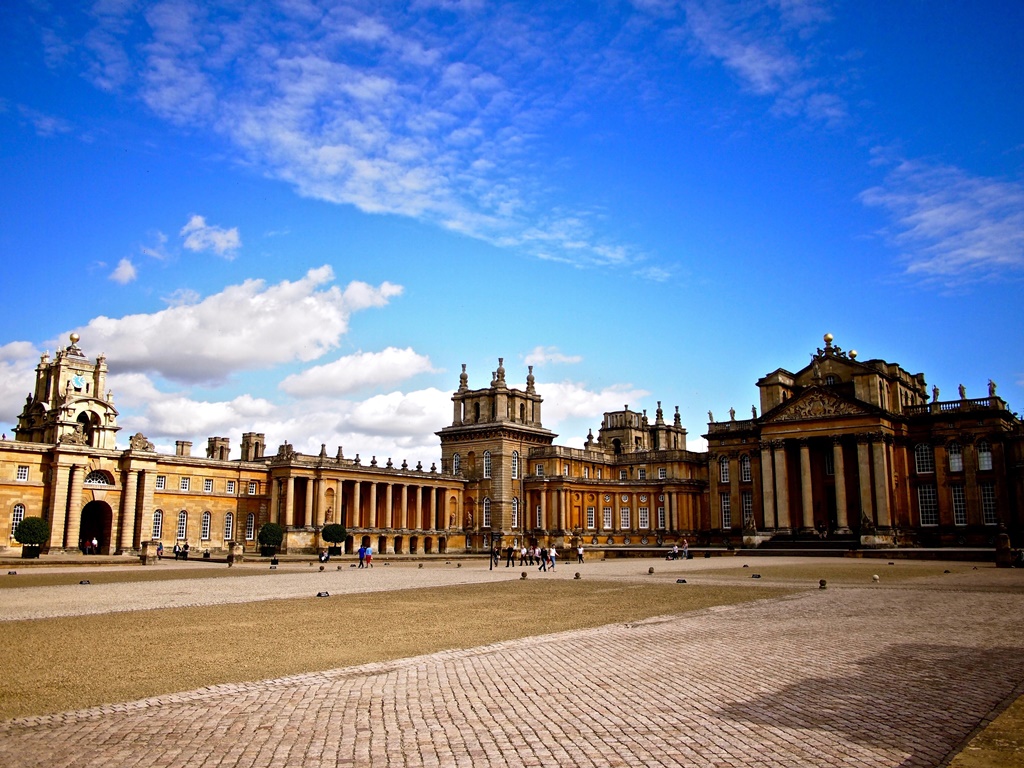 Dating back to the 18th century, Blenheim Palace was built to honor John Churchill, the military commander who led the British to a victory in the Battle of Blenheim. During its time, it was a mausoleum, a family home and a national monument, but it is the most famous for being the birthplace of Winston Churchill. It is regarded as one of the finest examples of the English Baroque architecture. Due to its beautiful landscapes and stunning interior it represented a popular place for many movies to take place here, for instance Cinderella, Harry Potter, The Avengers, The Legend of Tarzan and many more. Within these walls lies a rich history, so take the opportunity to explore the 300 year old palace and the lives of the famous Chruchill family. 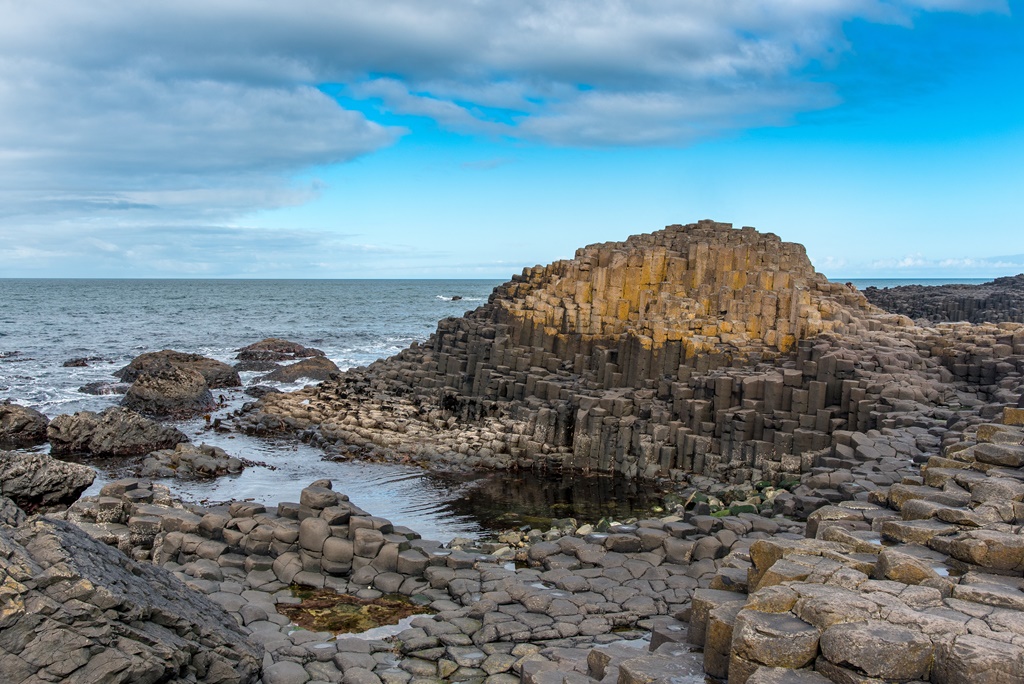 Known to the Irish as the 8th Wonder of the World, this 60 million years old site is truly a place to behold. A place where land kisses the sea, this scenery is truly jaw-dropping and engrossing to all who visit. According to the legend, the Giant’s Causeway came to be because of a quarrel between two giants, Finn MacCool and Benandonner. The moment Benandonner thought Finn McCool was stronger than him he ran away, causing the causeway to break beneath his feet. Its distinct look that resembles puzzle pieces was created during an intense volcanic activity, giving it a unique beauty that allows us a glimpse of the ancient past. 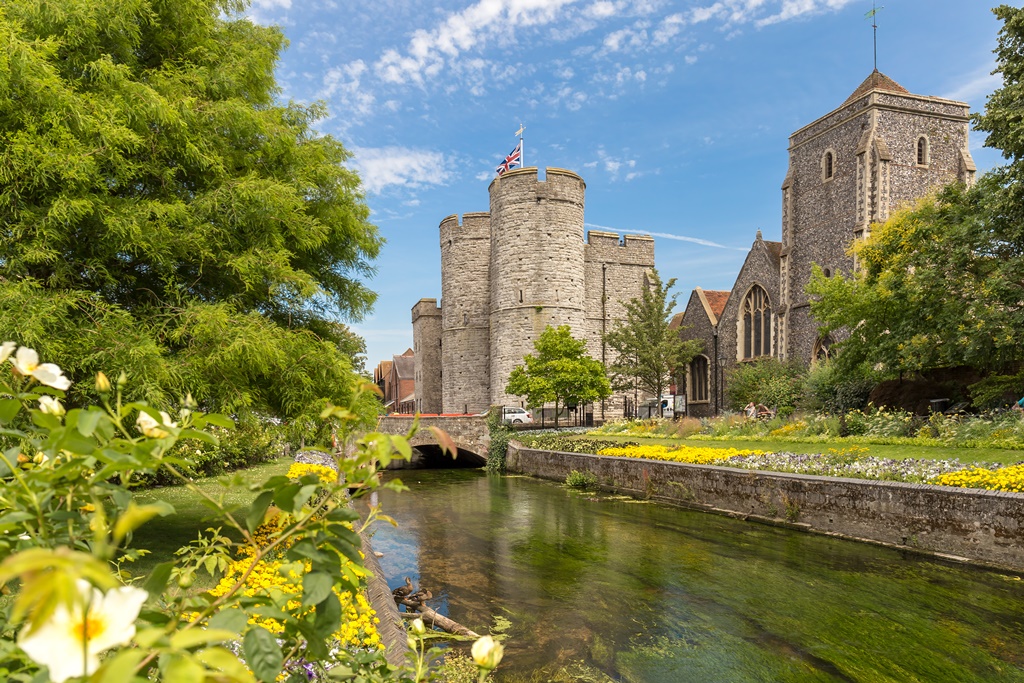 Canterbury Cathedral represents one of the most relevant centres of pilgrimage since the Middle Ages. During the visit it’s evident that this cathedral has some of the best collections of medieval stained glass and historical artefacts which enrapture the mind and the eye. Next is St Augustine’s Abbey, one of the most important monasteries in England, which was a center of spirituality and learning in the past. This place is of great importance, and to properly visualize the life of a true monastic life, the nearby museum is just the place for you. It’s equipped with state-of-the-art technology such as VR to truly experience life in the early 1500s. Last but not least is St Martin’s Church which is famous for being the oldest church in England that is still in use to this day, possibly since the 4th century. 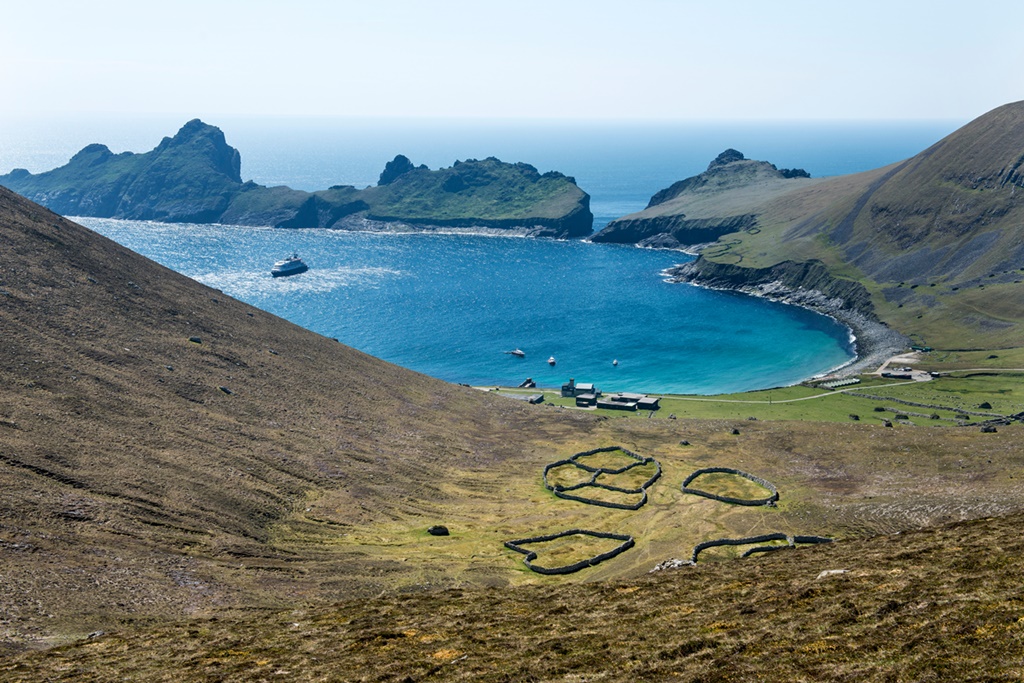 A breathtaking archipelago, also known as The Island on the Edge of The World, provides the chance to walk freely on the island while immersing yourself with the scenic beauty, fascinating history, the wildlife and the large spectre of bird species. Take a stroll throughout the island, explore the nearby village and take pictures to remember the natural beauty of this place for lifetime. Dive into this isolated island and discover the magic that inspired many artists to take action. 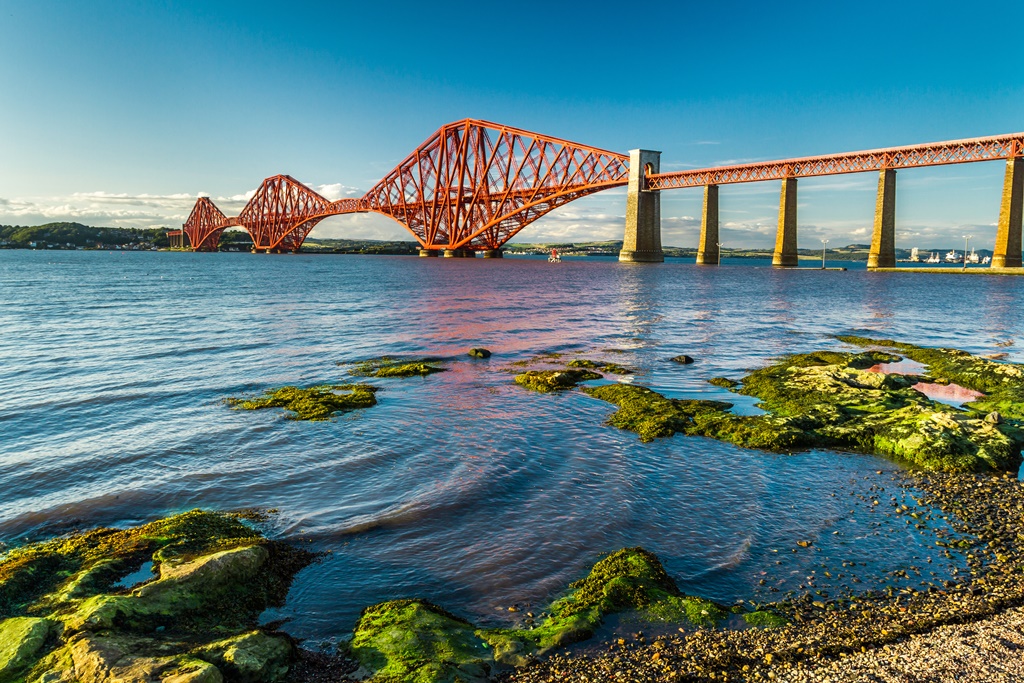 A view on Forth Bridge

Known as the symbol of Scotland, Forth Bridge was built in the late 1890s and it still stands proudly as on the first day it was created. It’s considered to be an engineering masterpiece with its unique design, vibrant red colour and innovative structure. The view looks amazing from every angle, but the one on the top of the bridge is truly impressive. Everything from nearby buildings to charming boats sailing through the sea is yours to observe. Marvel in the view before you and be sure to take pictures! 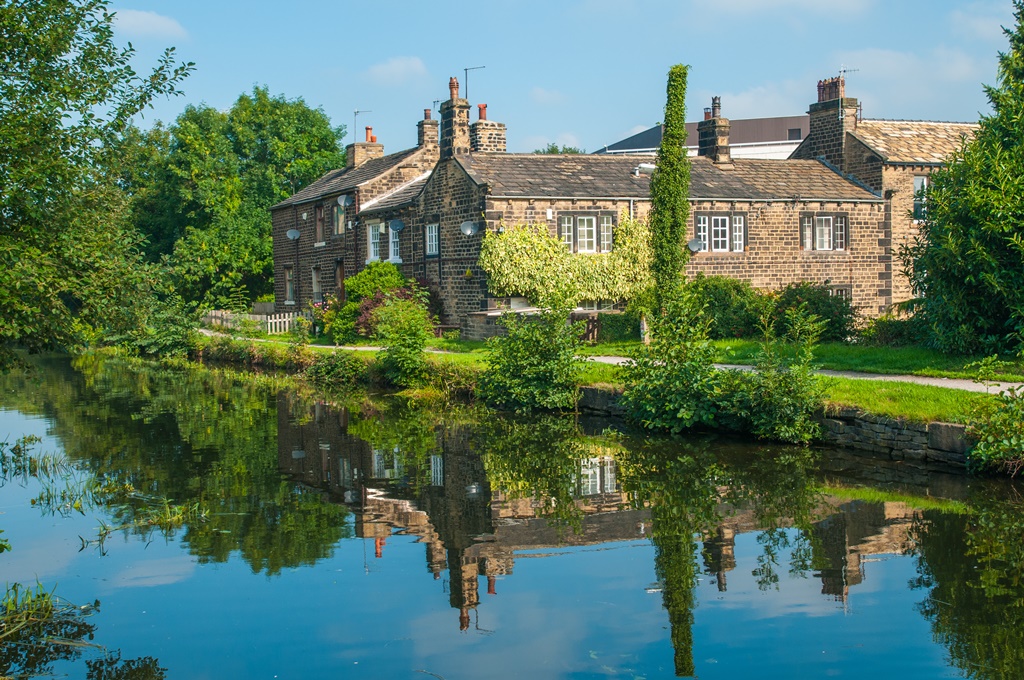 True to its heritage and history, this well-preserved village in West Yorkshire will take you back to the Victorian Era. Wander through the cobblestone streets, embrace the striking nature of your surroundings, discover local shops and observe nearby houses to truly enjoy the atmosphere of this historical gem. Many artists, musicians, writers and poets gather here to create and display their work during the annual September festival for the village and its visitors to see. Awaken the artist within yourself and dive into the past of this 19th century village. Might as well try the local cuisine at one of the most popular bars during your visit, just remember “Don’t Tell Titus”! 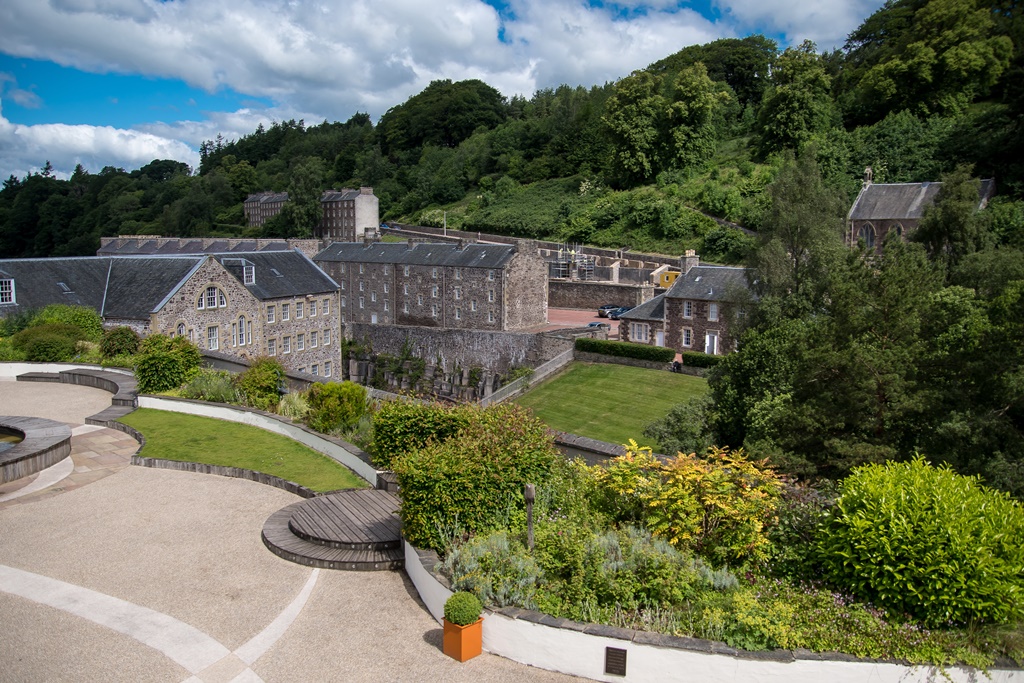 Southeast of Glasgow, alongside the famous river Clyde, lies an 18th century mill village called New Lanark in Lanarkshire. This charming village is a place of considerable historical interest with wonderful scenery full of magnificent waterfalls that will take your breath away. Its textile machinery became recognized when their hand-made sweaters made a continuous appearance during the Harry Potter films. The story of this village is truly one worth telling, so come and make the story your own.

Old and New Towns of Edinburgh 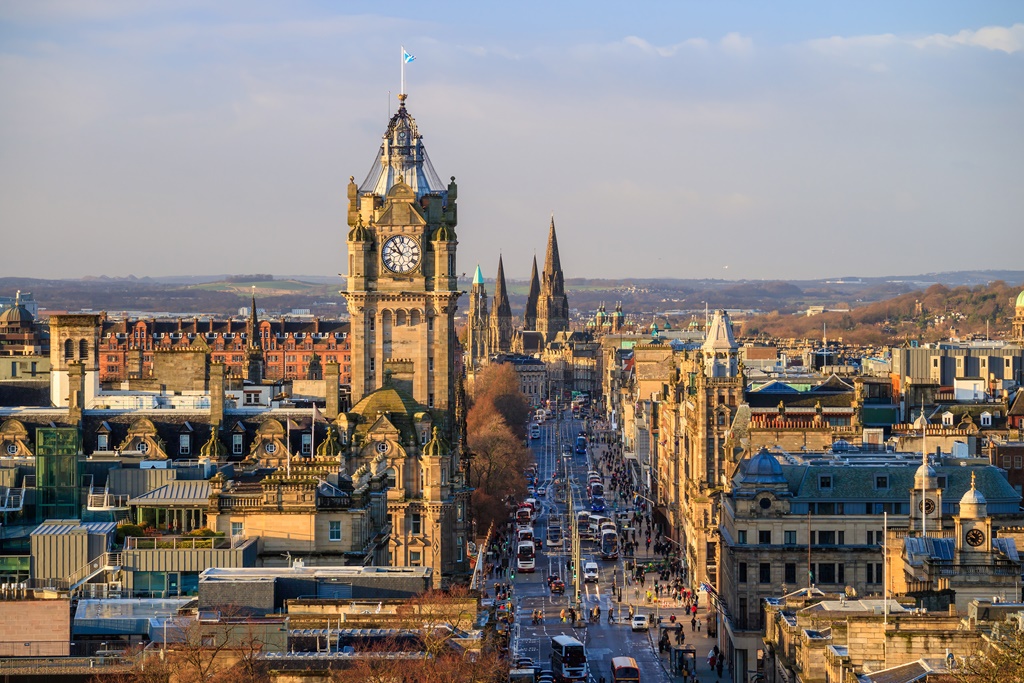 A view on central Edinburgh

A maze of beautifully constructed narrow streets guarded by the oldest building in Scotland, Edinburgh Castle, the Old Town of Edinburgh has seen centuries of history. This lively town rightfully became popular because of its traditional cuisine, vibrant festivals and medieval architecture which give its beauty an edge. The town is also known for its modern museum called “Camera Obscura & World of Illusions” which is definitely a place worth visiting if you wish to have an engaging and fun night out. Next is the New Town, the modern side of Edinburgh. It’s a small, charming town with a lovely ambiance that offers something for everyone. Plenty of cafes, restaurants, parks, historical monuments, shops and bars will ensure that everyone finds their own place. Plus, it’s a great location to take photographs. 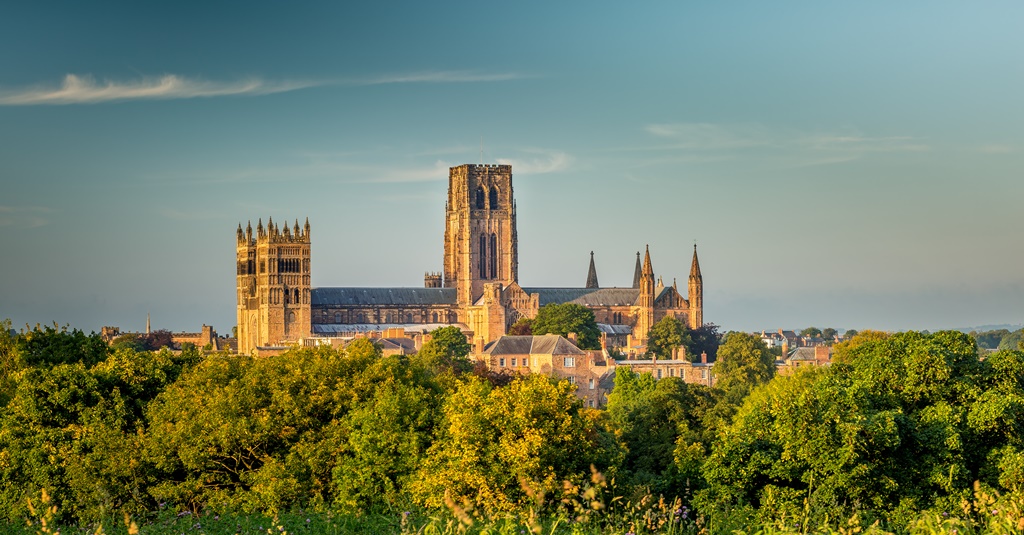 Durham Castle originated in late 11th century and was constructed under the orders of William the Conqueror, the first Norman King of England. In 1832 the castle was given to Durham University which still remains functional to this day. When the university isn’t in session during summer, Durham Castle converts to a hotel and offers to people all around the world to come and experience the true splendors of it all: the mesmerizing botanic garden, museum of archeology, oriental museum, chapels filled with impressive sandstone pillars and so much more. Beside the castle lies the Durham Cathedral, a Romanesque style building that was first founded as a monastic cathedral. It still serves as the place of worship, pilgrimage, learning and spirituality. Also, the cathedral was home to Hogwarts from the Harry Potter films, so get your wands and owls ready for a magical journey of your own. 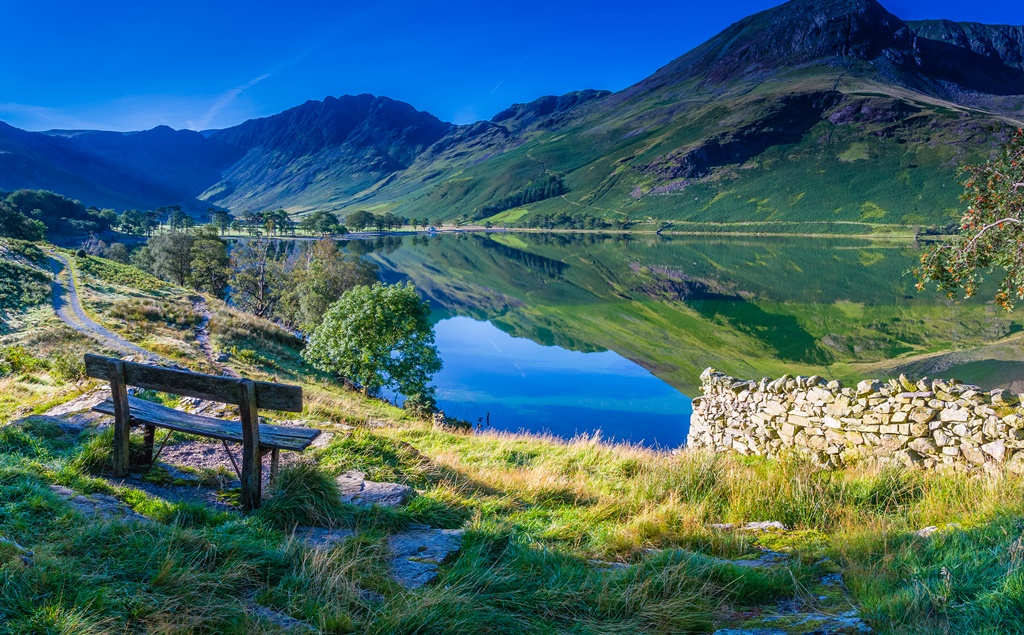 From glittering lakes to mountainous sights, English Lake District offers it all. Get lost in the awe-inspiring nature, go for a relaxing lake cruise or, if you’re feeling adventurous, take a kayak or ride a bike to fully enjoy the views of the idyllic villages placed closely to the tranquil lakes. So called “Lake Poets” such as William Wordsworth and Robert Southey have been inspired by the raw beauty of this popular national park. Whether it’s an adventure or relaxation you’re looking for, the English Lake District is the right place for you.

Map of World Heritage Sites in the UK