Italy is the number one country in the world when it comes to UNESCO World Heritage sites. With 51 cultural and natural landmarks, and possible 40 spots having been taken for consideration, it makes up over 5% of UNESCO’s global list. From the Dolomites and historic centres of Florence and Rome to Pompeii and the Amalfi Coast, the Italian sites are ideal travel destinations for anyone seeking out history, art and culture. Although it is super difficult to choose only few, check out the 10 most popular UNESCO sites in Bel Paese!

In the year 79 AD, the Vesuvius volcano in southern Italy erupted and buried the surrounding area under layers of ash and rock. At the time Pompeii was an urbanized town of 25 000 people just recovering from a recent earthquake. The holiday resort of Herculaneum and the splendid wall paintings of the Villa Oplontis at Torre Annunziata were destroyed as well. The site was discovered in the 16th century and became accessible to the public in the mid-18th century. It provides a complete and vivid insight into one part of Italy’s past which is without parallel anywhere in the world. 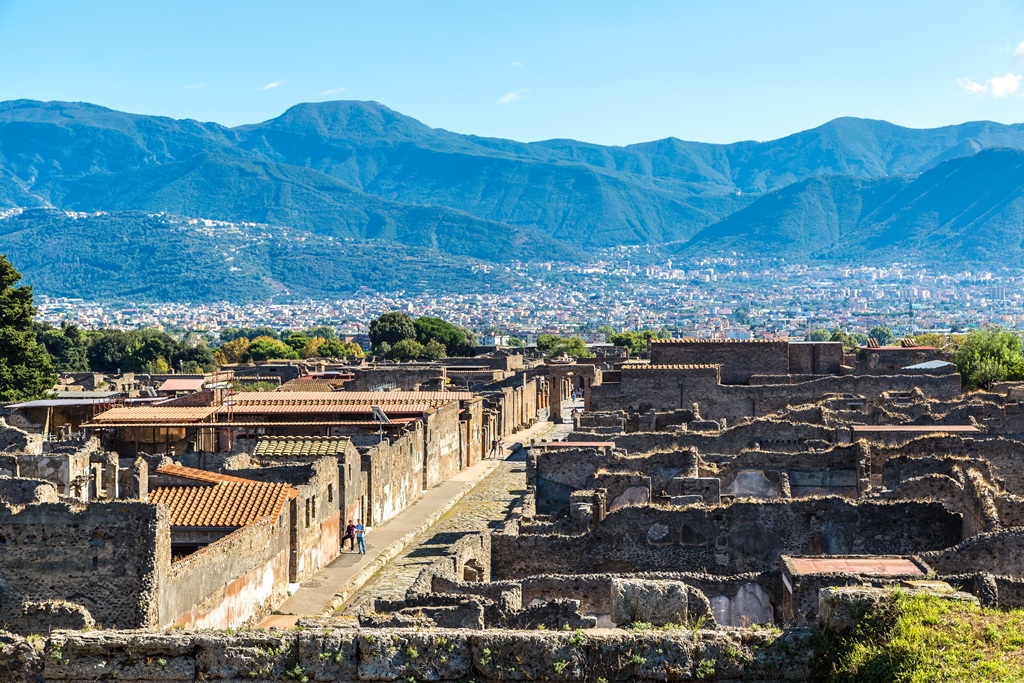 The historic city of Verona was founded back in the 1st century BC, but it was not until the rule of the Scaliger family in the 13th and 14th centuries that it prospered. The city core consists of the Roman town in the loop of the river, around which the Scaligers rebuilt the walls. Verona has preserved a big number of monuments from antiquity, the medieval and Renaissance periods and stands for a remarkable example of a military stronghold. It is without doubt one of the richest cities when it comes to Roman remains, which include the Porta Borsari, the Porta Leoni, the Arco dei Gavi, the Ponte Pietra, the Roman Theatre and the Amphitheatre Arena, the second-largest after the one in Rome. 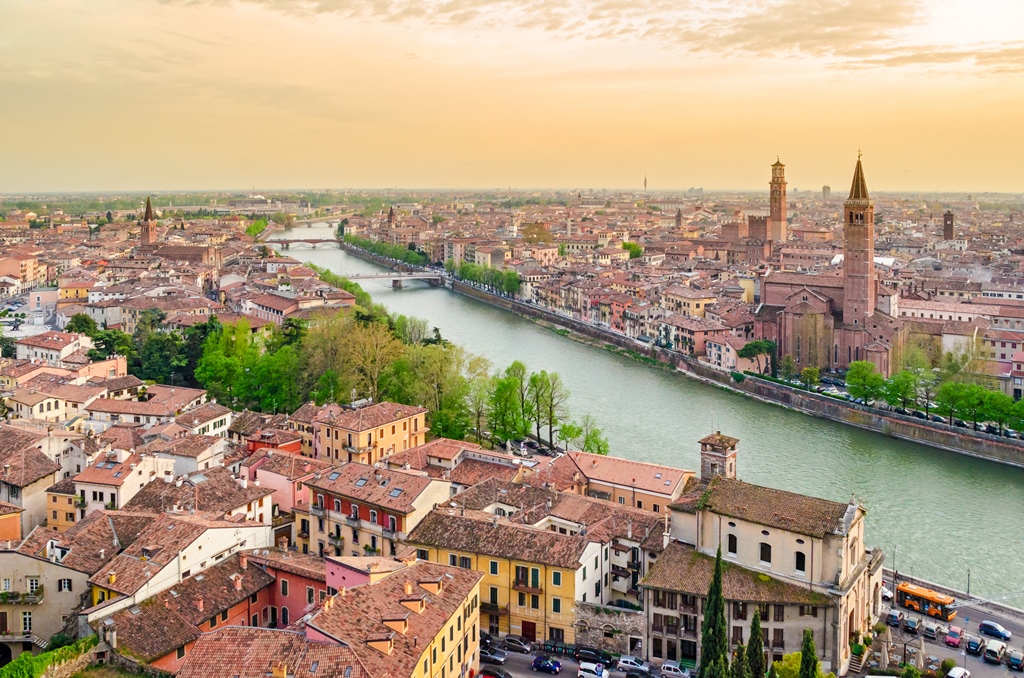 The Amalfi Coast is an area of breathtaking natural beauty and diversity. It has been a popular settlement since the early Middle Ages and cities like Amalfi and Ravello with their artistic and architectural works have become places of great importance. The rural areas of the coast show the versatility of the inhabitants which have adapted their use of the land to the diverse nature of the terrain, from vineyards and orchards on the lower parts to wide upland pastures. The Coast itself seems to be one grand balcony suspended between a crystal blue sea and the feet of the Lattari Mountains. It’s an exemplar of a Mediterranean landscape and UNESCO protected it both for its topographical and historical facts. 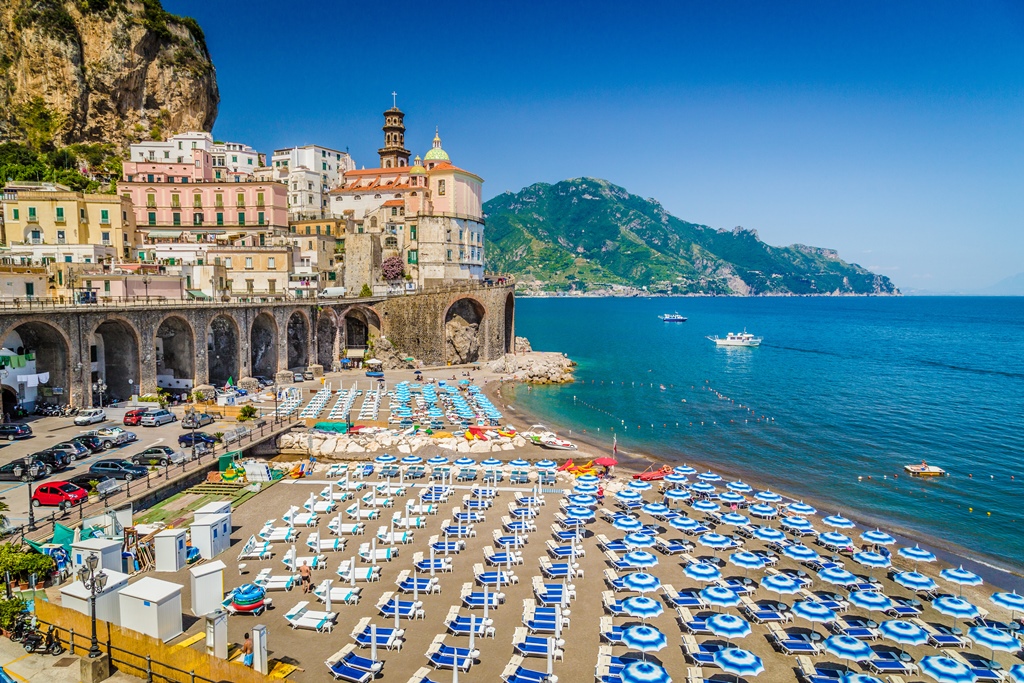 Ancient Florentia is among the very first Italian UNESCO World Heritage Sites. The city, founded in 59 BC, was a leader in Italian and European history from the beginning. As the capital of Italy in one certain period, the city gave birth to essential figures of art and literature in the 13th century, from Petrarch and Boccaccio to Michelangelo and Leonardo da Vinci. Florence’s historic centre is a living museum of both European and Italian culture. It is enclosed within the old medieval walls that surround this part of the city, built during the time of the height of its economic and commercial power. 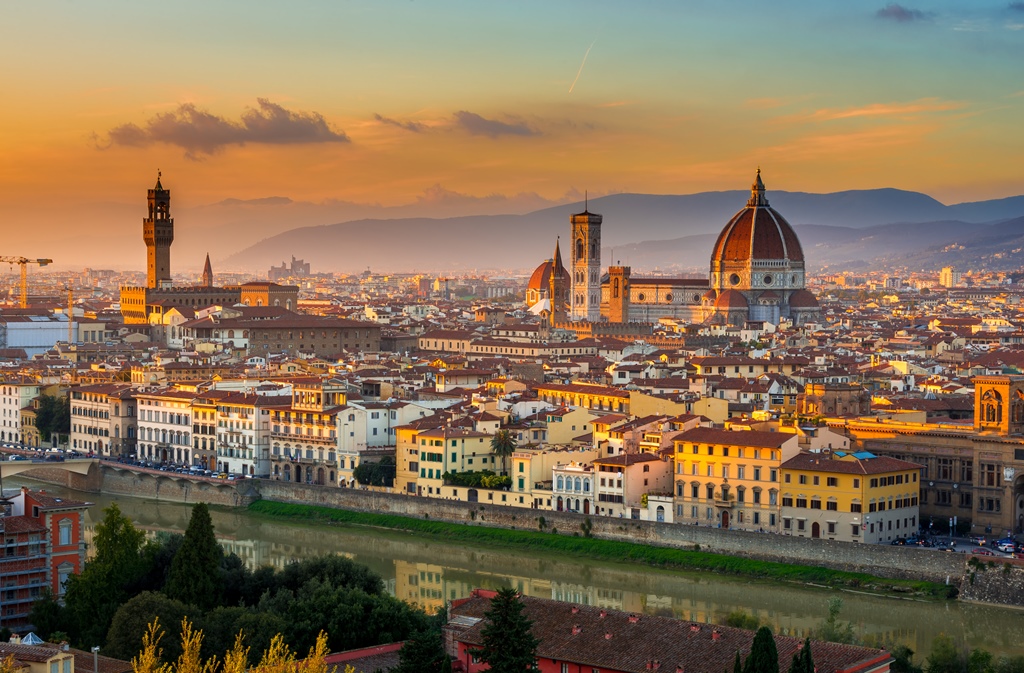 5) Venice and Its Lagoon

Founded in the 5th century, Venice became over the course of centuries a major maritime power spread over 118 small islands. The entire city is an extraordinary architectural masterpiece in which even the smallest details are work of some of the world’s greatest artists like Titian, Veronese and Tintoretto. From Torcello to the north to Chioggia to the south, almost every small island had its own settlement, town, fishing village and artisan village (Murano). Venice and its lagoon landscape are a unique cultural heritage which form an inseparable whole of nature and architecture and remain until this day one of the symbols of Italian power and majesty. 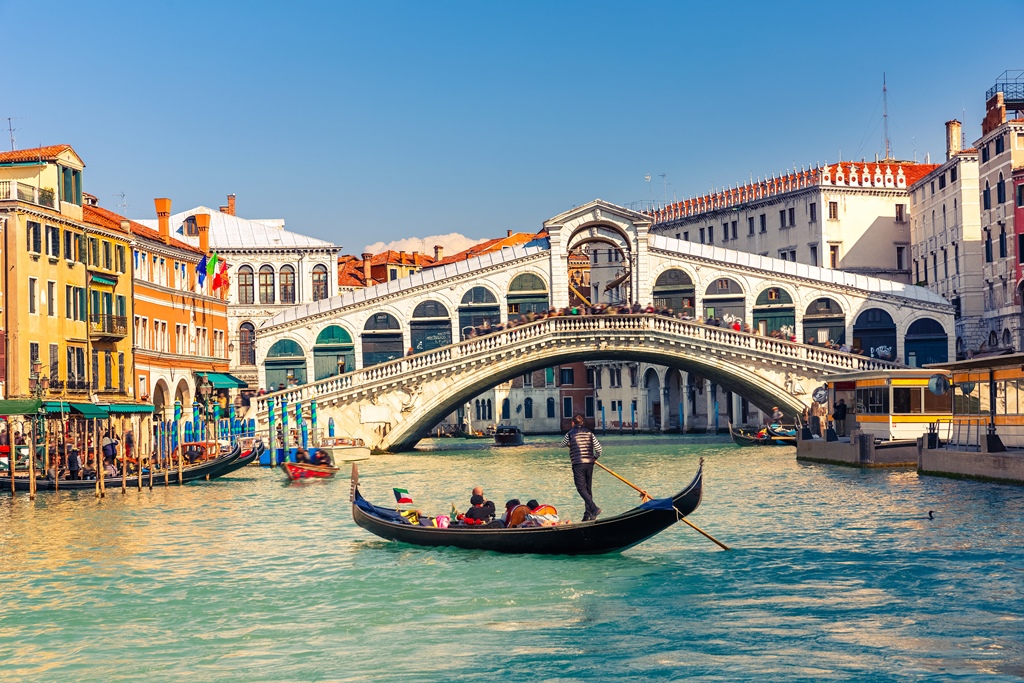 Villa d’Este, masterpiece of the Italian Garden, includes an impressive collection of fountains, nymphs, grottoes and plays of water and music, therefore it is no surprise that it constitutes a often-coped model for European gardens in the mannerist and baroque styles. The garden is usually considered within the larger context of Tivoli, for its landscape, art and history include the important ruins of ancient villas as well, some of which are the Villa Adriana and a zone with caves and waterfalls displaying what seem to be battles between water and stone. So, the Villa d’Este in Tivoli, with its palace and garden, is one of the most remarkable and comprehensive illustrations of Renaissance culture at its most refined. 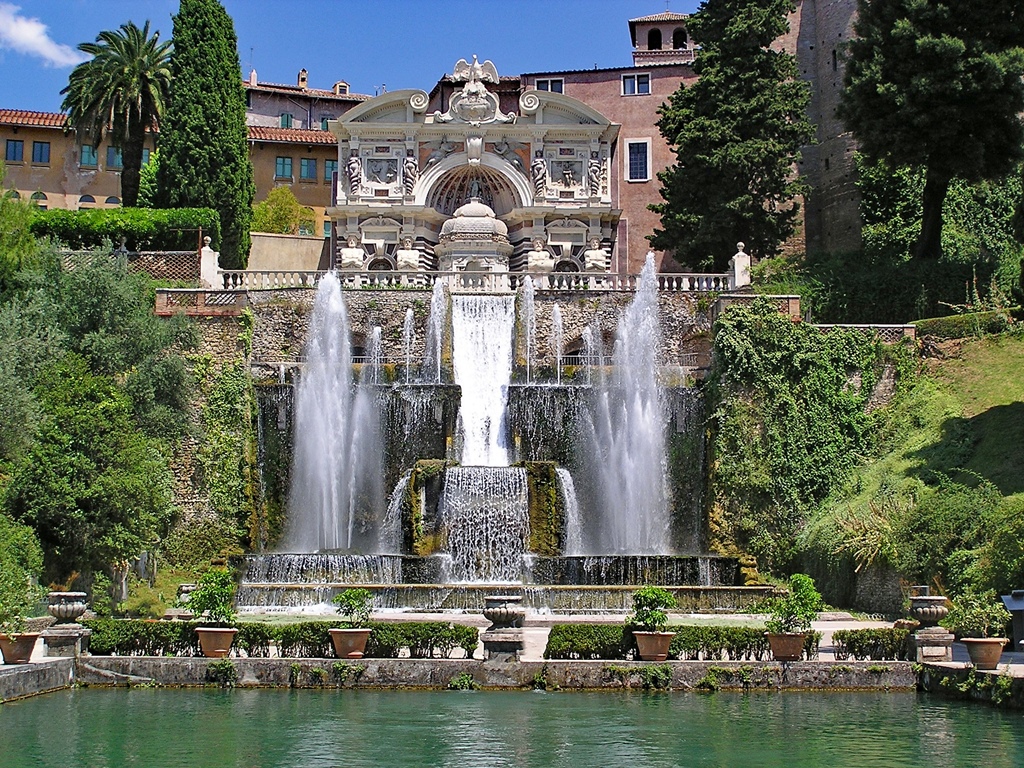 In 2009 UNESCO added the Dolomites to its World Heritage Site list. It’s a complex property consisting of 9 systems located in 5 Italian provinces and 3 regions. One year later, the Foundation was set up with the mission to ensure the efficient management of the site and to promote its development and partnerships. The Dolomites mountain range counts 18 peaks, rising to above 3 000 metres, and features one of the most beautiful mountain landscapes in the world. The site also features one of the best examples of the preservation of Mesozoic carbonate platform systems, with fossil records, and it is of great importance for geomorphology marked by pinnacles, steeples, rock walls, glacial landforms and karst systems. 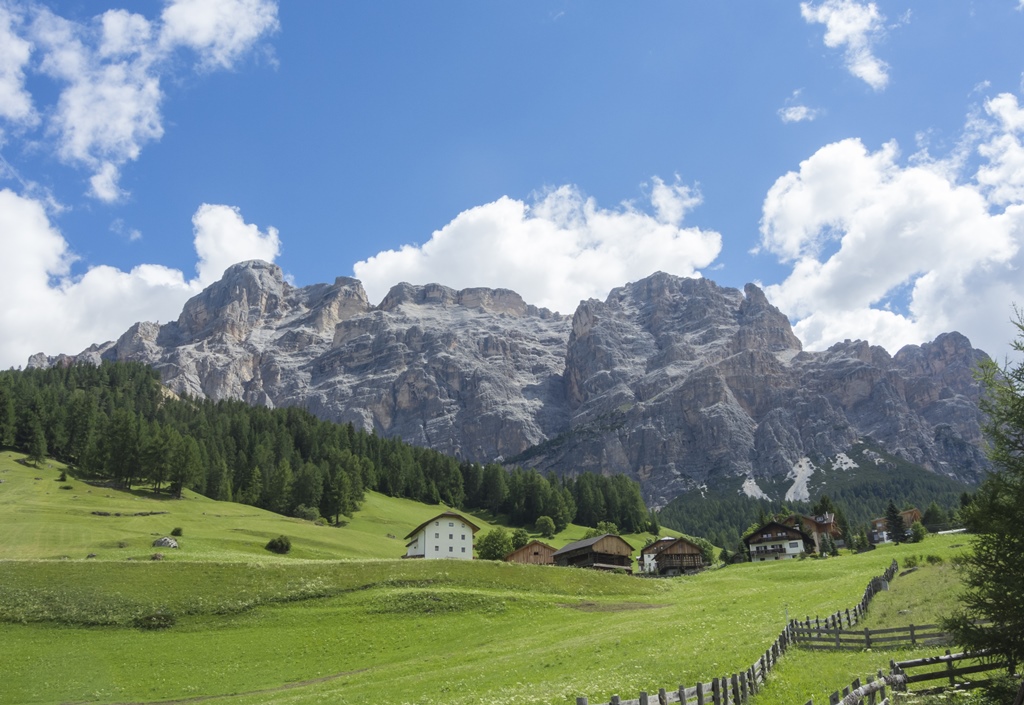 The entire historic centre of Rome within the city walls dating back to the 17th century, together with the Basilica of St. Paul’s Outside the Walls is the property protected by UNESCO. The city of Rome was founded on the banks of the Tiber river in 753 BC by Romulus and Remus and it is considered cradle of European civilization. The World Heritage property includes some of the major antique monuments, such as the Forums, the Mausoleums of Augustus and Hadrian, the Pantheon, Trajan’s Column and the Column of Marcus Aurelius, as well as the buildings of papal Rome. 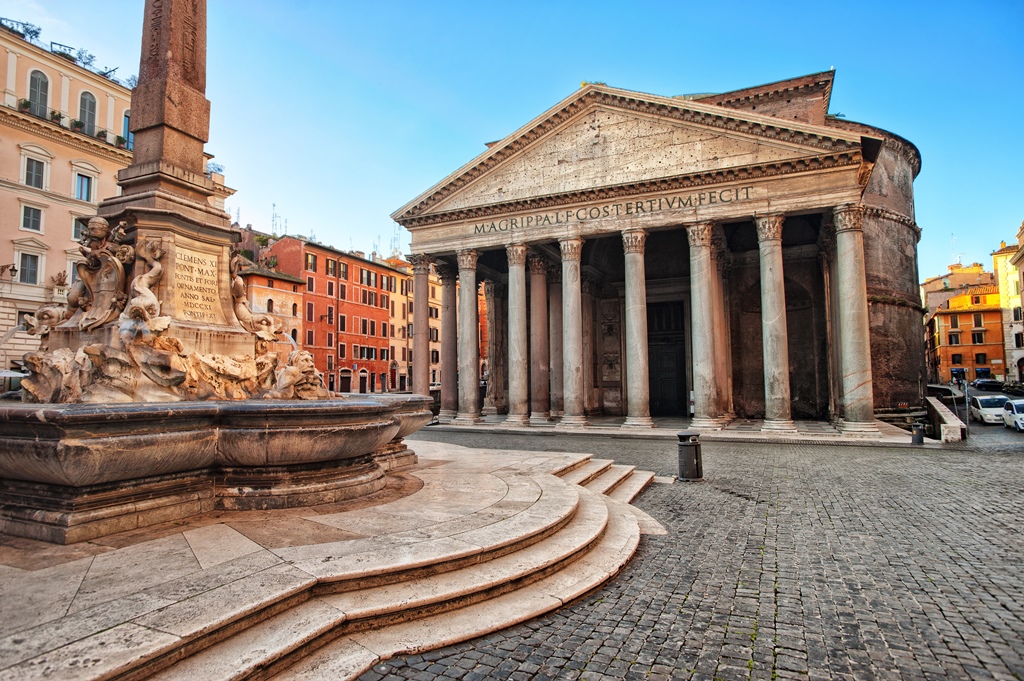 The Piazza dei Miracoli or Piazza of Miracles, as it was nicknamed, set over an ample green field, houses four whiter-than-white masterpieces of majestic Medieval art: the renowned Leaning Tower (also the Bell Tower), the Camposanto (the graveyard), the Baptristy and the Cathedral itself. These last two are so unique that their creation gave origin to a new style, “Pisan Romanesque”. All of them are of major significance on monumental art in Italy from the 11th to the 14th century. The beauty of the complex goes as far as to be called Pisa’s architectural gems ‘miracles’ by the famous Italian poet Gabriele D’Annunzio. 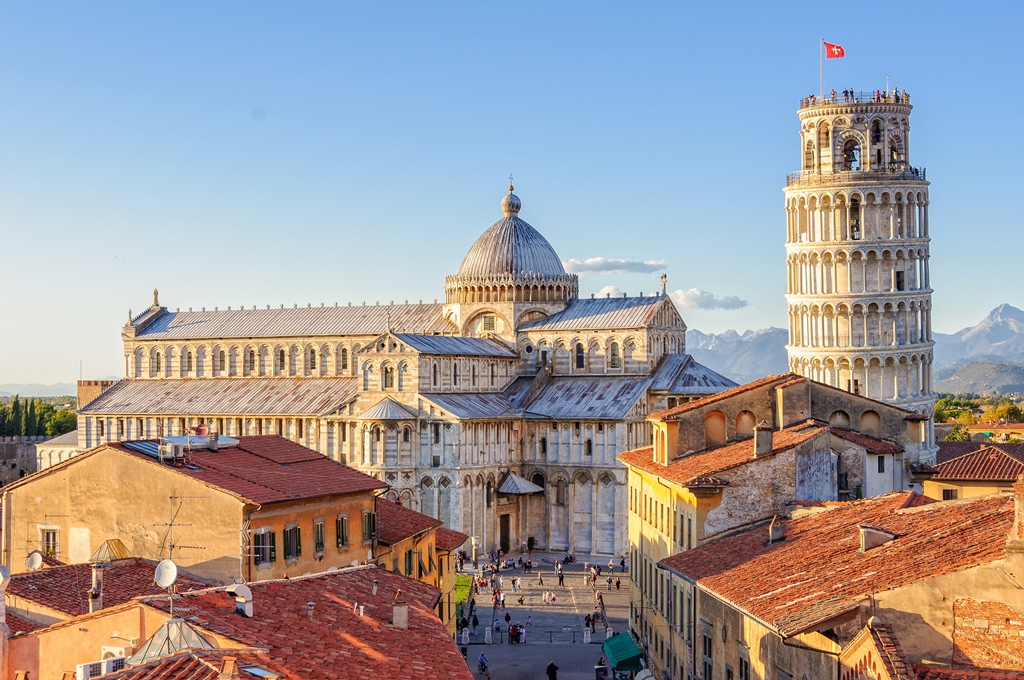 It’s not just a breathtaking garden in Padua, it’s also the world’s first botanical garden ever created, dating back to 1545. It still preserves its original layout consisting of a circular central plot which symbolizes the world, surrounded by water. Other elements were added later, including ornamental entrances and balustrades, as well as pumping installations and greenhouses. The Botanical Garden of Padua houses two important collections: the library that contains more than 50,000 volumes and manuscripts of historical and bibliographic importance and the herbarium, which is the second most extensive in Italy. It still serves its original purpose as a centre for scientific research. 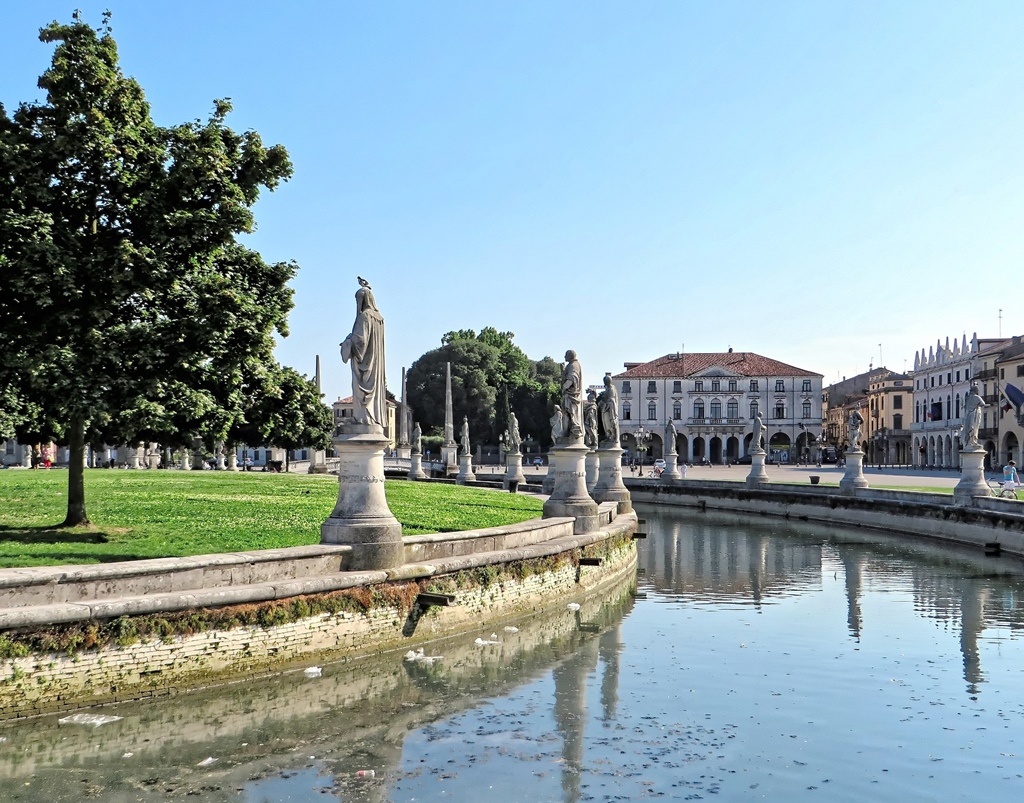