Besides being known as one of the best skiing destinations in Europe, there are lots of other things to do in the home of the Alps. One of them is visiting UNESCO sites. Although it is far behind some other European countries like Italy or France and it doesn’t have any natural site, Austria has 9 beautiful cultural UNESCO sites (12 more waiting on the Tentative list). If you want to see what this country has to offer apart from winter tourism, check out our guide!

The city of Salzburg has managed to preserve its fantastic rich urban fabric developed from the Middle Ages to the 19th century when it was a city-state ruled by a prince-archbishop. Its Flamboyant Gothic art attracted many craftsmen and artists before the city became even more famous through the work of few Italian architects who are responsible for the city’s Baroque appearance. The city dominated by the fortress of HohenSalzburg is characterized by monumental buildings like the Cathedral, the Residence, the Abbey of St Peter, the Franciscan Abbey and the Domplatz. Also, Salzburg is birthplace of many important artists and musicians, of which the most well-known one is Wolfgang Amadeus Mozart.

Graz’s Historic Centre and Schloss Eggenberg are witnesses to an exemplary model of the living heritage of a central European urban complex influenced by the secularism of the Habsburgs and the cultural and artistic role played by the major aristocratic families. They are a blend of different architectural styles and artistic movements that were present in Graz in the period from the Middle Ages and the 18th century. Today the old town consists of over 1000 buildings, ranging from Gothic to contemporary. The most prominent feature of Graz is the Uhrturm clocktower on the Schlossberg Mountain from the early 18th century. The baroque Eggenberg Castle and its gardens, at the western edge of the city, were added to the included area in 2010. 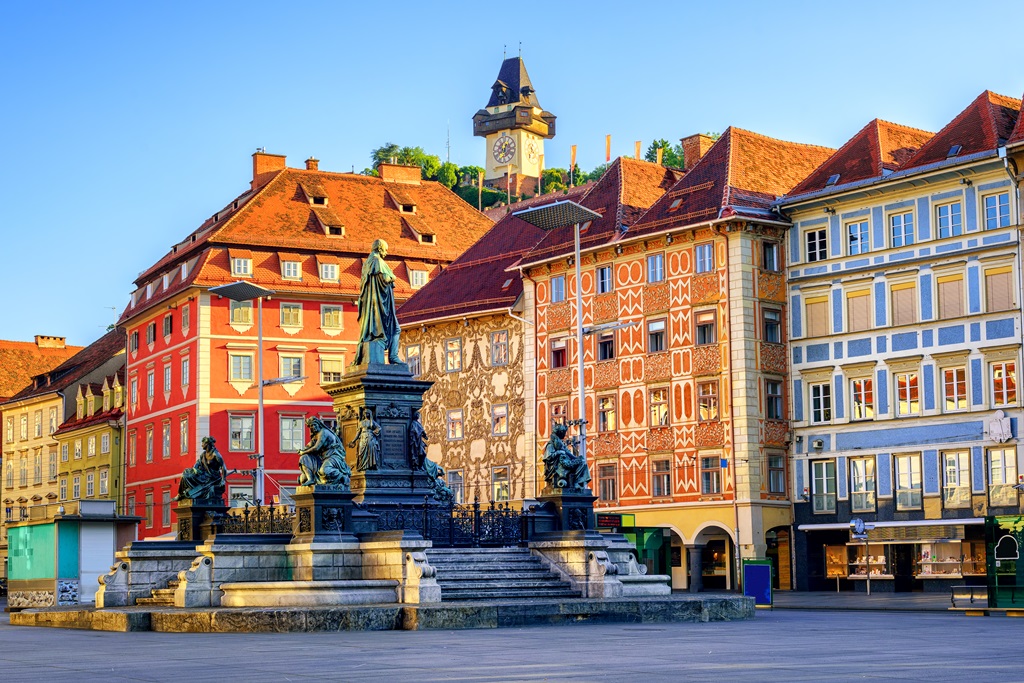 Considered Austria’s most scenic route, the Semmering Railway takes you not only to some of Lower Austria’s best spots, but also on a journey into country’s imperial past. In 1841, the Empire encouraged the development of the railway network between Vienna and Trieste. Between 1848 and 1856, the Semmering Railway was built to overcome a 1 000 m high mountain pass. Ferdinand von Saar even wrote a famous novel on its construction. At that time, it was the highest altitude a railway had come to. The crucial objective was to integrate it into the surrounding landscape. Therefore, as a consequence, the Semmering area became a popular holiday destination for Vienna’s aristocracy and the spirit of that age has been preserved until today.

The Salzkammergut region has an exceptional fame for a reason. Its dramatic scenery with hills, lakes and towns in characteristic architecture make the region one of Austria’s premier tourist attractions. The UNESCO Heritage Site includes the towns of Hallstatt, Gosau, Obertraun and Bad Goisern. The area is known for its salt exploitations which date back to the 2nd millenium BC. This mineral resource was the main reason for prosperity of the region until the mid-20th century, which is obvious just by looking at the beautiful architecture of the local towns, especially Hallstatt. The place has always attracted both active and relaxation-minded travelers thanks to charming bathing lakes and unspoiled mountain scenery. With its bizarre ice caves, varied hiking routes and the Five Fingers viewing platform Dachstein Mountain is the most popular excursion site in the area. 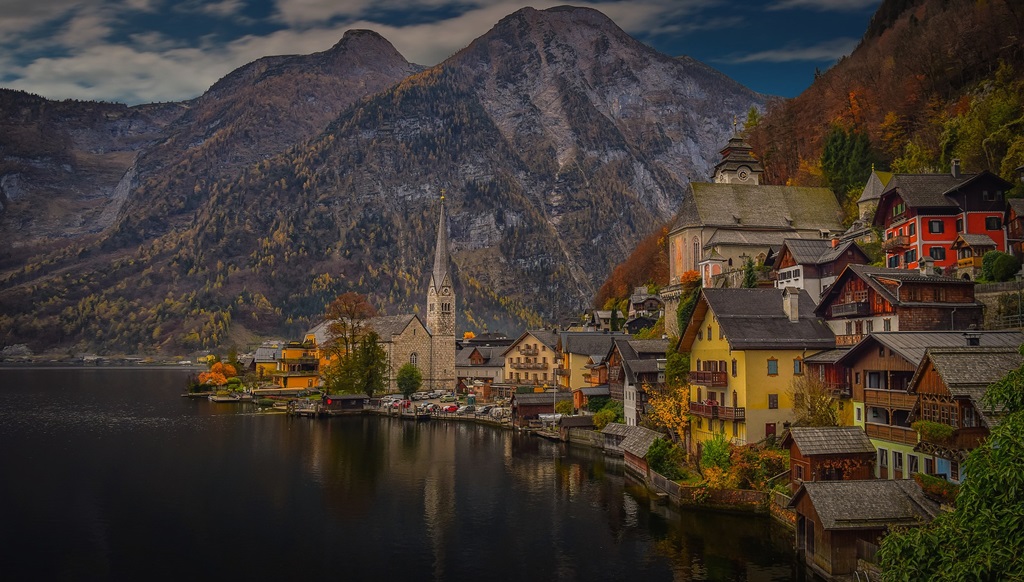 Palace and Gardens of Schönbrunn

The Palace and Gardens of Austria’s imperial court Schloss Schönbrunn were one of the country’s first Cultural Heritage Sites. Also, Schönbrunn is Austria’s most visited tourist attraction which used to serve as a summer residence for the Habsburg family and was designed after the French palace of Versailles in Paris. The site includes a baroque zoo, the oldest one in the world, state apartments, a smaller palace called Gloriette and a greenhouse known as Palmenhaus. The Palace and Gardens of Schönbrunn are an extraordinary well preserved example of the Baroque Princely residential ensemble, which constitute an outstanding example of Gesamtkunstwerk, a masterly fusion of many art forms.

Vienna as the capital of Austria is a very cosmopolitan city with immigrant communities from all around the globe. The city is situated on the Danube river and is the largest and most important cultural, political and economic center of this small Alpine country. One of world’s best cities to live in terms of the quality of life is also home to UNESCO protected city centre, which today contains many of the city’s main attractions. It provides a perfect opportunity to explore Austria’s three most influential periods of style and architecture, medieval Gothic, early Baroque and neo-Classical style. However, since recently Vienna is on the World Heritage List in Danger due to high-rise projects in the middle of the capital. 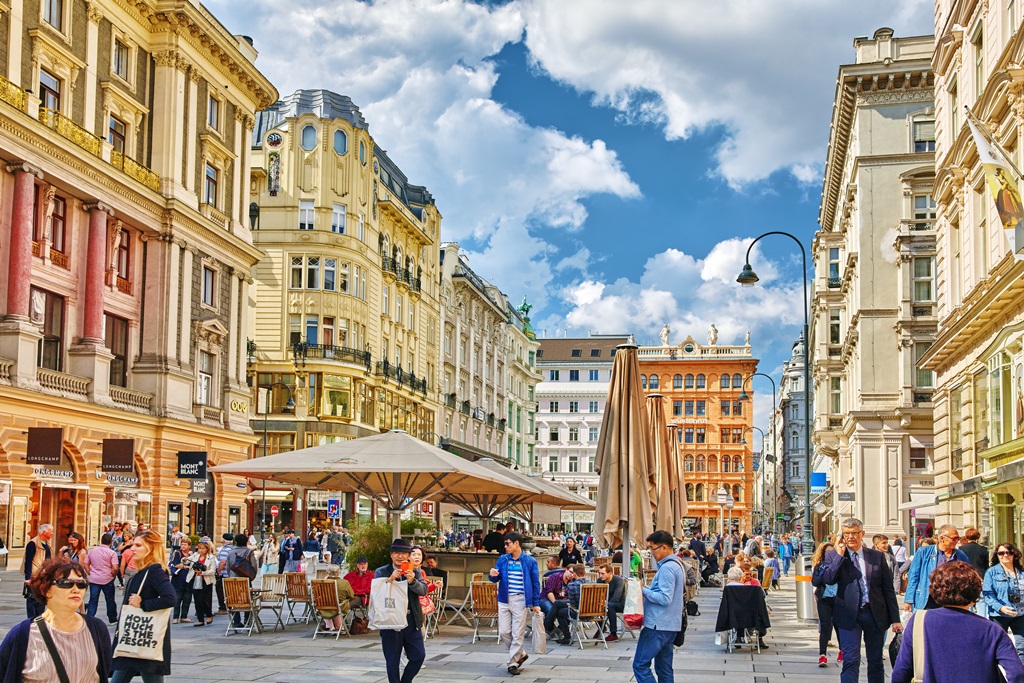 The Wachau is a stretch of the Danube Valley between Melk and Krems, a gorgeous landscape. It has been preserving an intact form of many architectural aspects such as monasteries, castles and ruins, urban design of town and villages and agricultural use mostly for the cultivation of vines since prehistoric times. It is the region running along the Danube river for about 30 kilometres. During the days of the Babenberg reign, the Wachau area was the centre for medieval culture and played a key role in mission work and counter-reformation. The highlights of the region are the Baroque monasteries of Melk Abbey and Göttweig Abbey and the church and castle of Dürnstein.

One more place where several cultures met over the centuries is the area around Fertö / Neusiedlersee. The unique nature of the region is dominated by the lake known as Neusiedlersee, ¾ of which lies in Austria, while the rest is in Hungary where it is called Fertö. This area is a real heaven on Earth for cycling enthusiasts as well as for bird lovers. The lake itself is filled with rainwater and usually is suitable for swimming, depending on the temperature. For its depth of only 0,6 – 0,8 meters, this place is Austria’s lowest point. The landscape around the lake is precious for its centuries old wine tradition, ancient quarries dating to pre-Roman days and characteristic market towns, such as Rust and Mörbisch. 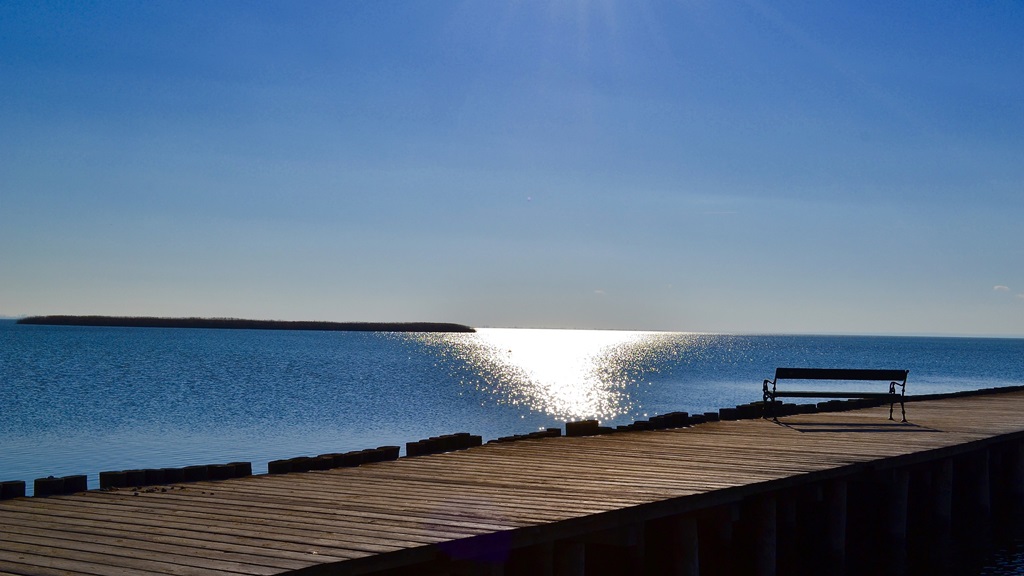 Prehistoric Pile Dwellings around the Alps

Prehistoric pile dwellings around the Alps are the remains of 111 prehistoric dwellings from the period from 5000 to 500 BC. Stilt houses were built on the edges of lakes, rivers and wetlands. Excavations, conducted only in some of the sites, have given evidence which provides insight into prehistoric life, more specifically into Neolithic and Bronze Age in Alpine Europe and the way communities treated their environment. Half of the sites are located in Switzerland. In Austria, however, you can find them around the lake Keutschacher See in Carinthia state, around Lake Attersee in municipalities Litzlberg and Abtsdorf, as well as around lake Mondsee in Upper Austria.