It’s summertime and we are finally getting the chance to enjoy those vibrant summer nights, sunny days spent on the beaches and amazing culinary delights. Because of its excellent climate, breathtaking scenery, lovely culture and excellent cuisine, European islands offer an unforgettable experience to all of its visitors. Although it is unfair to point out just a few of them, we will present you our choice of the top 5 European islands waiting for you to explore them this summer already!

What can be a more epic vacation than visiting one of the Greek islands? The legend has it that the ancient gods picked this island that rises from the crystal clear Ionian sea as their resort. Greek gods are now a part of mythology, but Zakynthos continues to be a paradise that attracts a huge population, especially young people seeking for fun and entertainment. Northern and eastern shores of Zakynthos offer huge, photogenic sandy beaches and the real ‘’blue lagoon’’ scenery. Visit Laganas, the coastal town also known as ‘’Greek Ibiza’’ and the largest resort. As you probably guess, it is the center of beach parties and wild nightlife offering more than 100 bars and clubs with amazing cocktails. Besides partying, this island offers a lot of activities and places to explore which makes it a perfect destination for friends and families, too. Don’t miss one of the island’s famous trademarks, the Navagio or Shipwreck Beach, an exposed cove on the northwest shore isolated by high cliffs that can be accessed by boat only. Also, the northern coast has a lot of ‘’blue caves’’ cut into cliff around Cape Skinari which are accessible by small boats. Apart from the sandy beaches, explore Zakynthos’ other side, full of forested wilderness and traditional rural villages. In the end, take the advantage of the opportunity to try the Greek cuisine in any of the numerous traditional restaurants on the island, especially skordostoumpi, a local specialty with a lot of garlic. 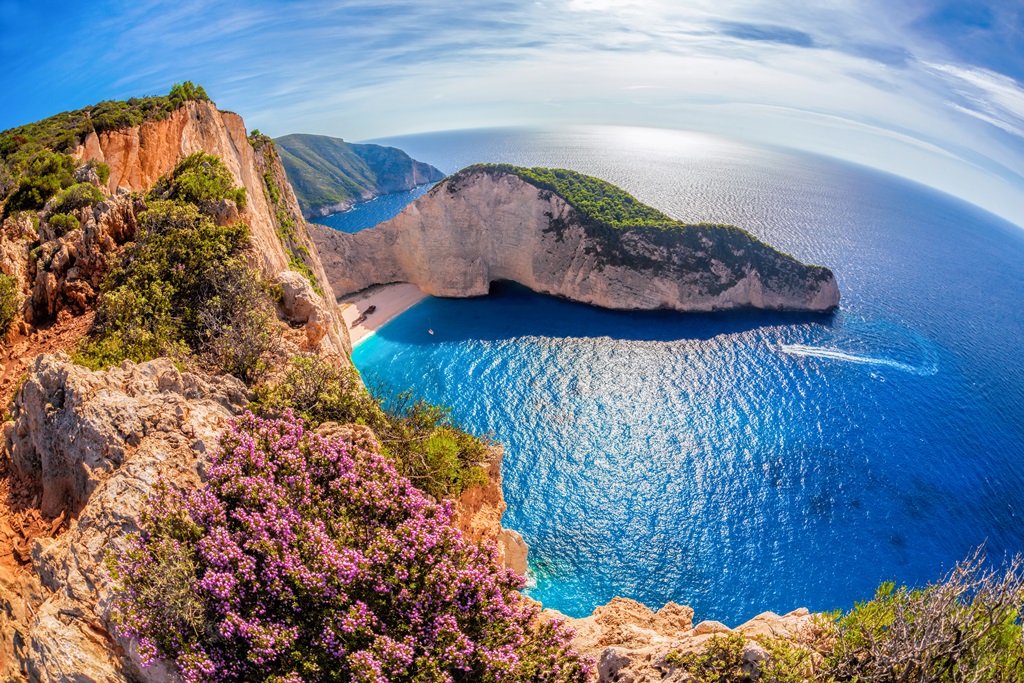 This extremely popular island, also known as the White Isle, is a synonym for a wild nightlife. For all those who seek unforgettable party experience, Ibiza offers more than you could ever expect. The nightlife is centered on two areas, Ibiza Town on the South and Sant Antoni de Portmany (San Antonio) on the West where, during the summer nights, the cream of the world’s DJs descend on the island, making it the most spectacular destination for all the clubbers worldwide. Despite the reputation of being an island of party animals, Ibiza is lately trying to point out its other, more peaceful sides to its visitors which especially come to the fore during the other seasons of the year. But still, besides partying, this idyllic island has 200 km of coastline, and just imagine how many magnificent beaches can be found there. Explore the hidden beaches, dozens of tiny coves, beautiful areas of dunes, but don’t stick to the coast because the inland of the island is as magical too! Did you know that Ibiza is also a UNESCO World Heritage site? Ibiza has an amazing and rich history which presents the island in a completely different light. Discover the ancient Roman ruins, underwater Posidonia meadows in a National Park Ses Salines. Visit Old Town and over 4000 sacred tombs carved underground into the hillside making it the largest necropolis in the world. Monographic Puig des Molins Museum displays numerous treasures such as jewelry, mud figures, lead tools and painted ostrich eggs, all discovered in the burial chambers. You can add to this Phoenician settlement of Sa Caleta and the Ancient Wall of Dalt Vita (remarkable archaeological sites), but most of all, don’t forget to try the delicious local food and have a glass of great wine! 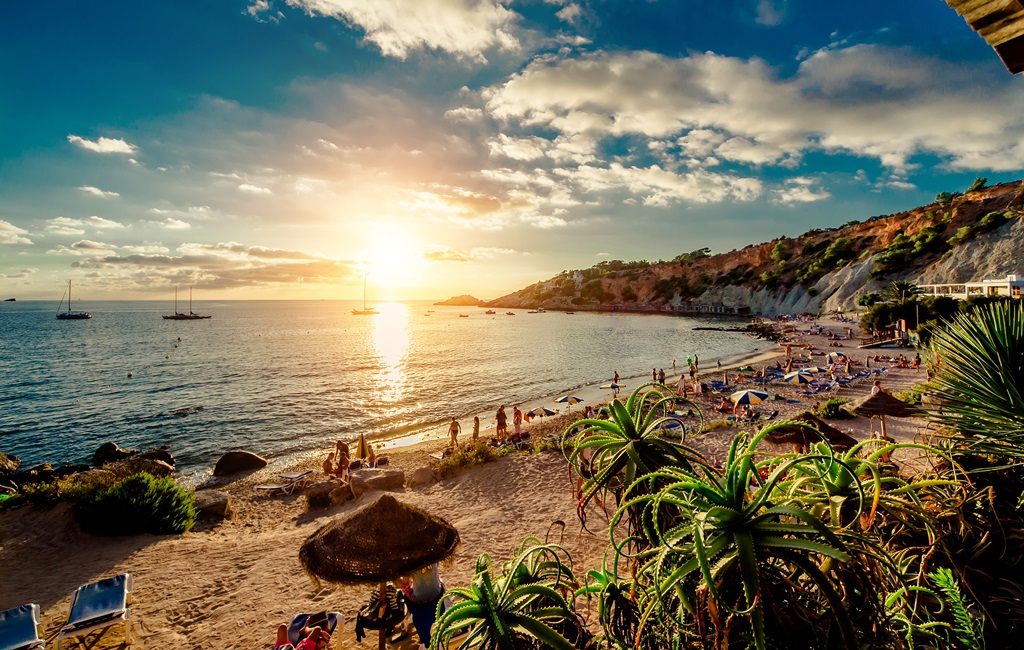 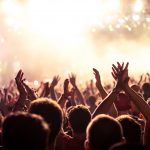 This island, also known as Thíra, is one of those that most people want to visit at least once in a lifetime, which is no wonder since we are talking about one of the most beautiful islands in the world. This magical gem of the Aegean sea is located in the southernmost part of Cyclades, and if you haven’t fell in love with it yet, you definitely will. It is one of those islands where it is not about the good angle of the photo, it really is that beautiful. The whole complex of Santorini is an active volcano and the only one in the world whose crater is in the sea. Actually, the whole island is a result of a volcanic activity and the last big eruption occurred 3,600 years ago when the thriving local prehistoric civilization was destroyed and caldera created. Some even believe that the destroyed civilization is the ancient Atlantis. Anyway, the most popular places on the island are Oia and Fira. Oia is that famous picturesque place where all the most luxurious hotels, resorts, bars and restaurants are located. From Oia you have a perfect view on caldera. Fira is the capital of the island with the famous blue domes, located in the center of the island which is why it offers even more splendid view on caldera. Don’t miss the sunset and a chance for a perfect photo! Kamari is the place where all the most beautiful beaches are, and where you can find numerous lovely taverns and restaurants with affordable prices. Besides the breathtaking landscape, Santorini is a real culinary paradise! Don’t miss a chance to try the traditional products such as cherry tomatoes, fava, caper and a special kind of goat cheese hloró tyrí together with some of the most distinctive wines produced on the island! 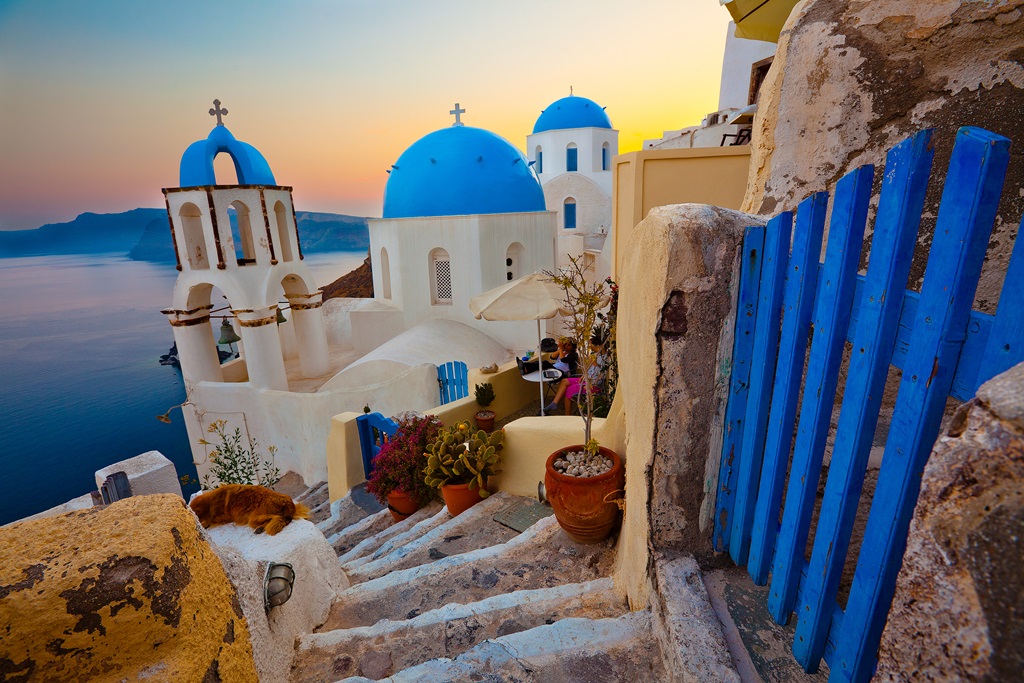 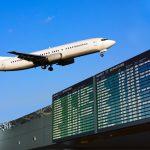 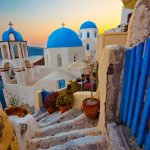 Top things to do in Santorini

If you want to visit an island abounding in natural beauty that still feels a bit like a hidden gem, opt for Corsica, French island rising from the Mediterranean Sea, also known as the Island of Beauty. Corsica is mostly mountainous but its coast is 1000 km long with nearly 200 fabulous beaches. That is why this island is an ideal resort that offers various places of interest to tourists. Choose from a wide range of sea and mountain activities; from sunbathing, snorkelling and sailing to canyoning and hiking. Discover the most renowned bays, Calvi and L’lle Rousse in the north and Palombaggia, Pinarello and San Ciprianu on the southern side of the island. On the coast of the Gulf of Porto is situated the UNESCO World Heritage Site, the most famous landscape in Corsica. Move to the hills and feel the atmosphere of some old forgotten times in the villages of la Balagne. Also, region of Corte offers incredible glacier-moulded gorges in Restonica and Tavignano valleys, perfect locations for outdoor adventures. To experience the savage beauty of the landscape go to Désert des Agriates where you will find deserted beaches Saleccia and Lotto and immediately fall in love with the perfect scenery. In the end, don’t miss to explore the Corsica’s capital town Ajaccio, a birthplace of Napoléon Bonaparte, and an exciting town with beautiful historical architecture. 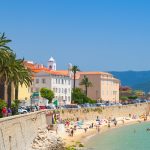 Last but definitely not least is the most famous Adriatic pearl, Hvar. With nearly 2,800 hours of sunshine per year, this island is simply perfect summer destination that attracts more and more tourists each year. Besides the gorgeous beaches, this place is full of carefully cultivated vineyards, beautiful green areas and well maintained fields of rosemary, sage, thyme and lavender. As an authentic souvenir, a little lavender bag is a must! The most popular place on Hvar is Hvar Town. This city has a long history which reflects in its monuments and architecture such as Fortica Fortress, Hvar Cathedral, Arsenal etc. But it is also popular for its pulsating nightlife. In the last few years, Ultra Europe Festival recognized its potentials and moved one night of the festival to Hvar. On the other side of the island is another historical jewel, but less crowded, Stari Grad (Old Town). This is the oldest village on Hvar in a deep and protected cove which is why it is a perfect harbour to all sailors. But don’t hesitate to explore the rest of the island on your own since there are a lot of lovely, picturesque villages all over the island. If you’re staying on Hvar for a few days, leave some time to visit Pakleni islands, a peaceful and uninhabited archipelago off Hvar’s southwest coast. Palmižana is the most famous beach there where you can find bars and restaurants. In the end, do not leave Hvar without trying one of its best gastronomy specialties such as Hvar’s signature dish of gregada, a stew of fish, potatoes, garlic, onions and top-quality olive oil. Also, take the advantage of the opportunity to try some of the best Croatian wines! 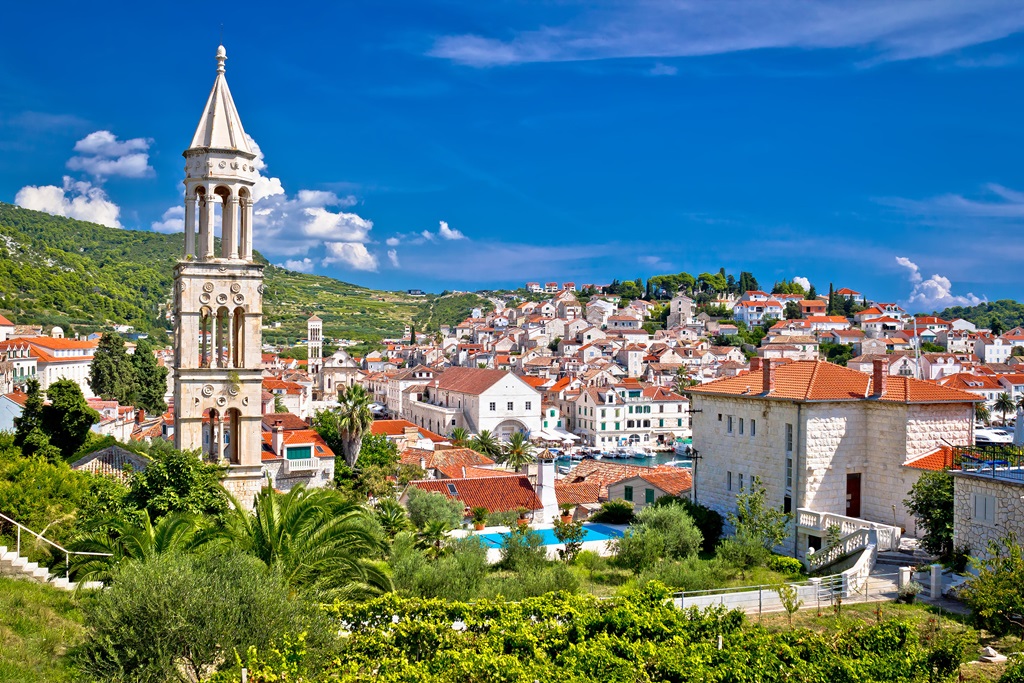 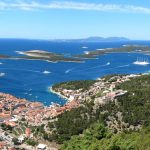