City of a Hundred Spires, or as we know it, Prague, is among the most visited cities in Europe. Why is that? Well, the Old Town Hall with the famous Astronomical Clock, the Jewish Quarter, the charming Vltava river, the magnificent Charles Bridge and Church of St. Nicholas, the lovely Prague Castle, super-cheap beer, delicious trdelnik, yummy stew… and not to mention the city’s vibrant nightlife. Prague is ancient, yet modern, and a city which welcomes foreigners on a daily basis. Let’s get to know the Czech capital a bit better! 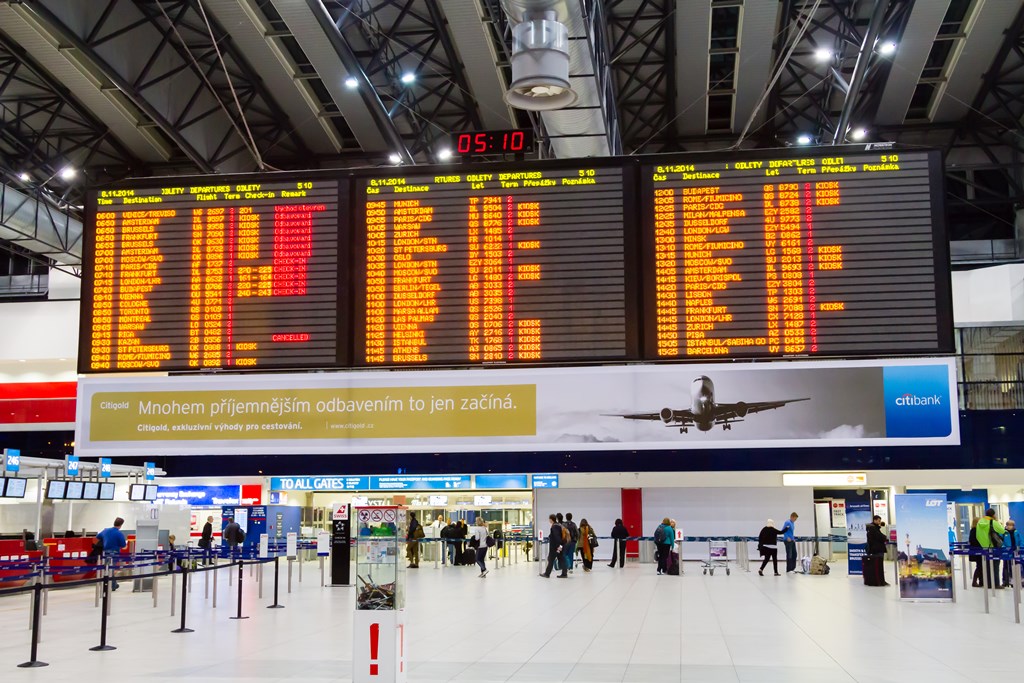 NOTE: You can buy tickets valid for 30 minutes, 90 minutes, 24 hours, 72 hours or 1-month pass. All of these tickets can be used for any of the transport means. Tickets can be purchased at metro stations, kiosks and Public Transport Information Centres which are open from 07:00 a.m. till 09:00 p.m., at Prague Airport Terminals 1 and 2, at the main train station and the Museum Metro Station.

Prague Castle – Once the home of Bohemian’s kings, today the Prague Castle is the official residence of the Czech President and one of the most visited tourist sites. Built as a walled fortress in 970 AD, the castle has changed significantly over the years and contains examples of various architectural styles of the last millenium. Within the castle are many Prague’s popular attractions, including St. Vitus Cathedral, St. George’s Basilica, the Old Royal Palace, the Powder Tower, and the Golden Lane.

Charles Bridge – Probably the most recognizable old bridge in Europe, the breathtaking Charles Bridge or as the Czech know it, Karlův Most, was built in 1357 and has long been the subject of a great deal of superstition. However, today is the bridge known for its numerous old statues, of which the most important are that of Holy Roman Emperor Charles IV and of John of Nepomuk, the country’s most revered saint. The bridge is built of sandstone blocks, flanked at each end by fortified towers (Lesser Town Bridge Towers, Old Town Bridge Tower). Also, it gives you a spectacular view over Vltava river. 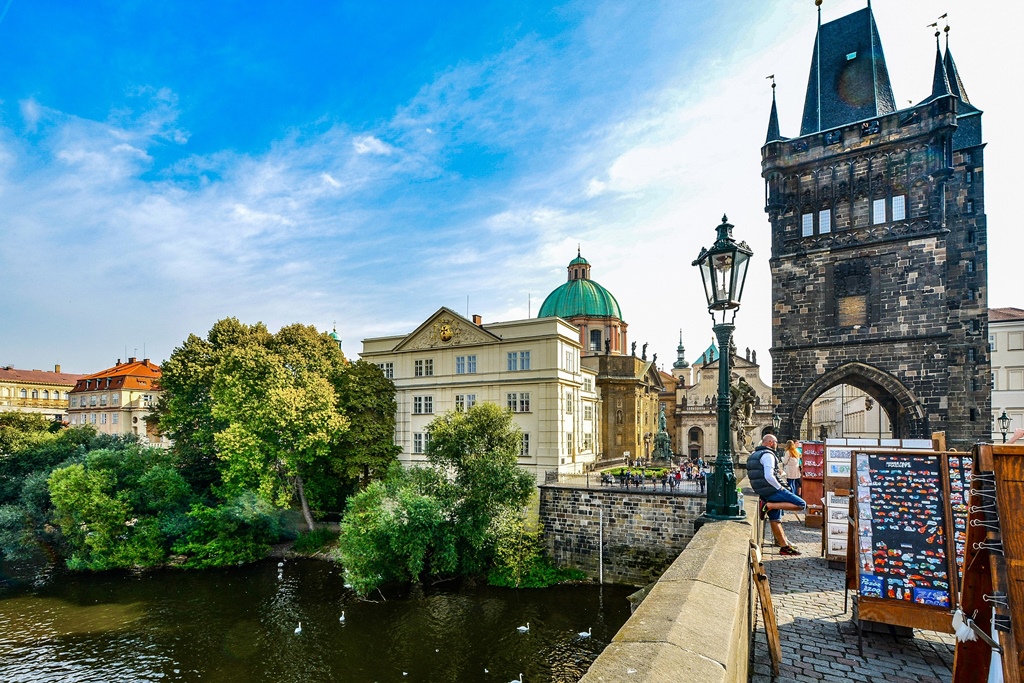 The Old Town Square and the Astronomical Clock – The historic center of Prague, the Old Town, is a place where you’ll see the splendid Old Town Square and a perfect starting point for a city tour. Apart from the Tyn Church and the Clementinum, you can find other fantastic examples of old architecture dating back as far as the 11th century, while the Jewish Quarter Josefov is just a short walk away. However, the highlight in the area is the Old Town Hall, home to the 15th-century Astronomical Clock, which springs to life each hour, when 12 Apostles and other figures appear and parade in procession across the clock face.

St. Vitus Cathedral – The Czechia’s largest and most important Christian church is situated within the grounds of Prague Castle. It is a home to the tombs of numerous saints and three Bohemian kings and the seat of the Archbishop of Prague. The cathedral was founded on the site of a Romanesque rotunda from 925 AD and started in 1344, but it took more than 525 years to complete, which resulted in a mix of modern Neo-Gothic and 14th-century Gothic styles, along with Baroque and Renaissance traces. Highlights include stunning stained glass windows depicting the Holy Trinity, a mosaic from 1370, and the St. Wenceslas Chapel with its spectacular jewel-encrusted altar with more than 1,300 precious stones. 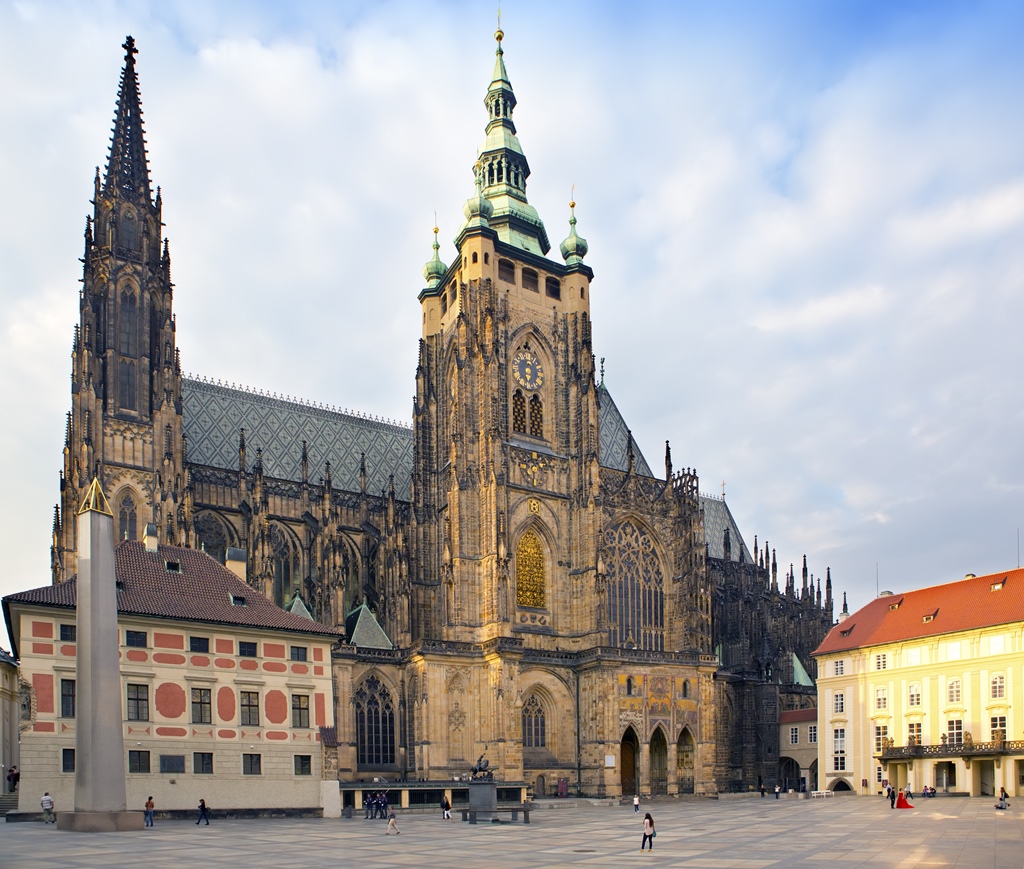 The Jewish Quarter (Josefov) – Prague’s Jewish Quarter was originally situated in the Castle District but by the 13th century, it had spread to the Josefov area and was for centuries considered a slum. Its transformation into one of the city’s most interesting districts took place in the late 1800s when large areas were demolished to make way for Art Nouveau buildings. Today, Josefov is a lovely area to stroll and includes the Jewish Museum in Prague which consists of the Maisel Synagogue, the Spanish Synagogue, the Pinkas Synagogue, the Old Jewish Cemetery, the Ceremonial Hall, and the Klaus Synagogue.

Prague Zoo – Opened in 1931, the amazing Prague Zoo is not only one of the city’s top attractions, but it also ranks among the best zoos in the world (according to visitor reviews). Only a short distance from the city center, this 143-acre attraction is a must-see for every tourist in Prague, especially those traveling with children. Almost 5 000 animals and 700 different species, including many close to extinction, attract hundreds of visitors on a daily basis.The zoo is also notable for its role in saving the native and endangered Przewalski’s horse. The most popular parts of the zoo include a chairlift ride with great views and the steamy indoor tropical jungle. 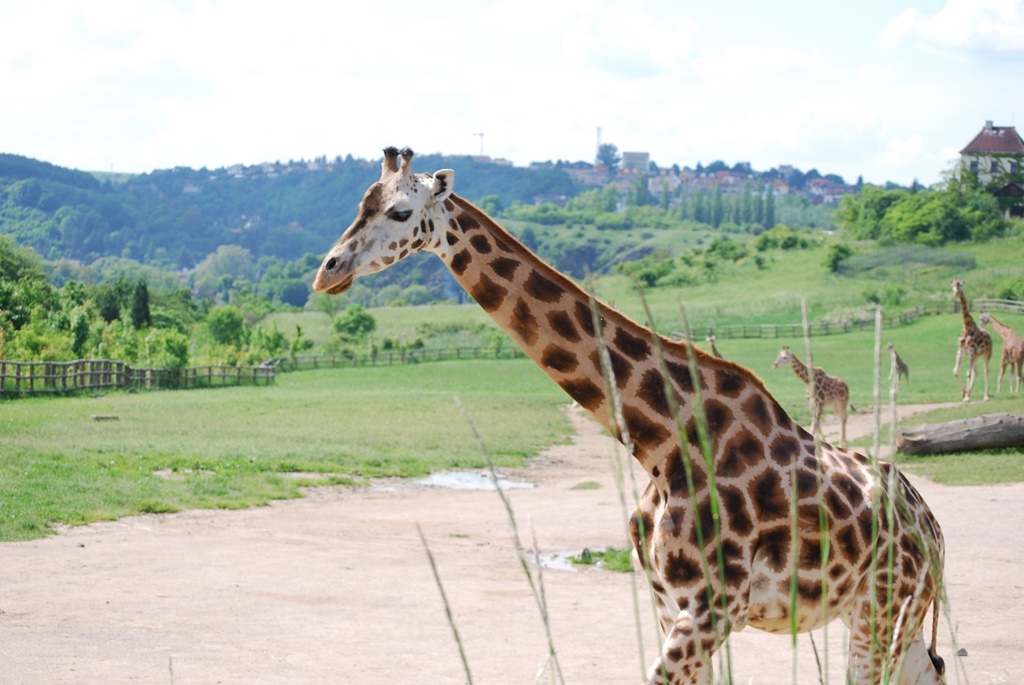 After you finish sightseeing and the sun comes down, you’ll discover why the Czech beers are among the best and the cheapest in the world. Look out for the brands like Pilsner, Gambrinus, Staropramen and Budweiser. So, from traditional beer halls to modern dance clubs, Prague’s nightlife is very much alive and vibrant and it’s not easy to choose only few places to visit. However, start with bars like Double Trouble, located between Wenceslas Square and Old Town Square, Tiki Taky with best cocktails in the country, or Deja Vu if you’re up for some good karaoke party. Sasazu is city’s biggest club for people who enjoy raves and house music, Retro on the other hand offers a great night for fans of electro-house music, while Lucerna is the place to be for 80s and 90s music. We must not forget Karlovy Lazne, the biggest music club in Central Europe everyone’s heard of, with 5 floors of music, dancing and fun. 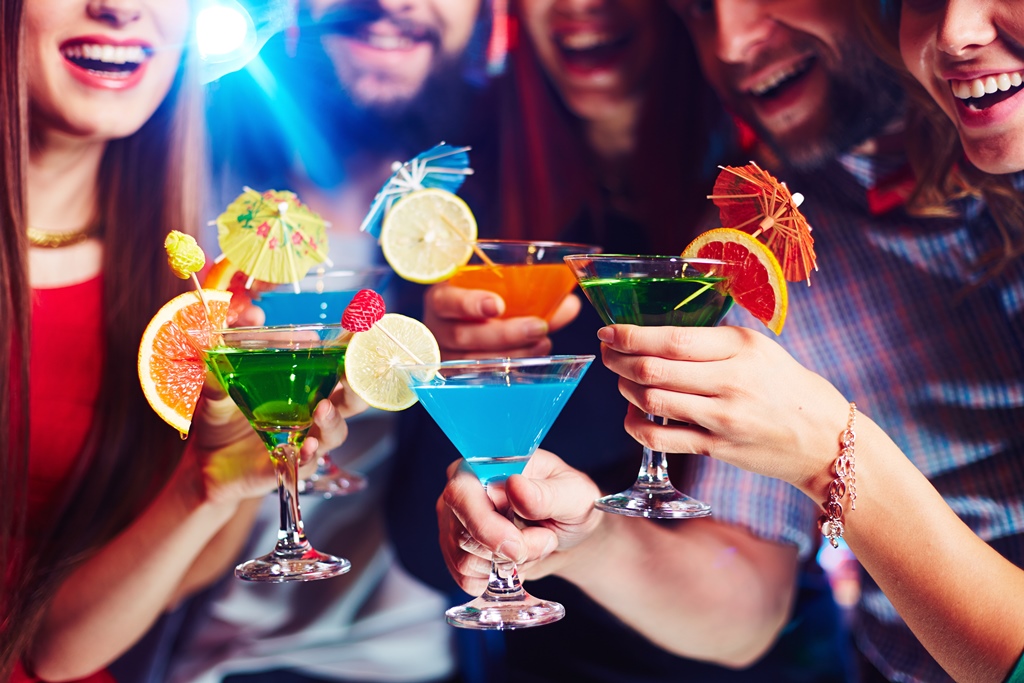 There are lots of activities you can do outside your four walls in Prague. The activities offer action and adventure sports, so from shooting to skydiving there’s something for everyone to enjoy.

Bohemian Switzerland – Also known as Czech Switzerland, the area lies on the Czech side of the Elbe Sandstone Mountains north of Děčín on both sides of the Elbe River. Since 2000 when it became a České Švýcarsko National Park, it welcome thousands of tourists each year which come enjoy rock castles, lookout towers, picturesque villages with typical folk architecture of the region.

Vltava river cruise – Renting a paddle boat or taking a boat cruise on Vltava is the best way to see Prague from a totally different perspective. For 70,- CZK (the price of a paddle or a rowing boat), you get to see the Prague Castle in the most romantic way possible. However, if you are too lazy, don’t think twice and book a seat on one of the numerous boat-restaurants on the river which offer a lunch or a dinner (often accompanied by live music).

Vojanovy Sady – The garden is considered the oldest partially preserved garden of the city. It has been surviving since the Middle Ages, when it was founded as a monastery garden. If you need peace from Prague’s hustle and bustle, then this is the place to go. Have a break near a small lake in the shade of trees and admire the stalactites which decorate the chapel of St. Elijah with wall painting and sundial from the 17th century. A wide staircase at the end of the garden leads to the observation terrace with benches and rose pergolas. The garden is open daily from 08:00 to 16:00 (in the summer season to 20:00).

Letna Park – An extensive park with grassy areas, mature trees and bushes planted on the hillside provides not only a pleasant relaxing spot, but also breathtaking views of the city, especially from the Hanavský Pavilion, a unique cast-iron building with a restaurant. The park is also one of the favourite hotspots among Prague’s younger generations which love to come there to party and enjoy good, live concerts often organized during the summer. You can also play sports there, stroll, have a picnic and much, much more. 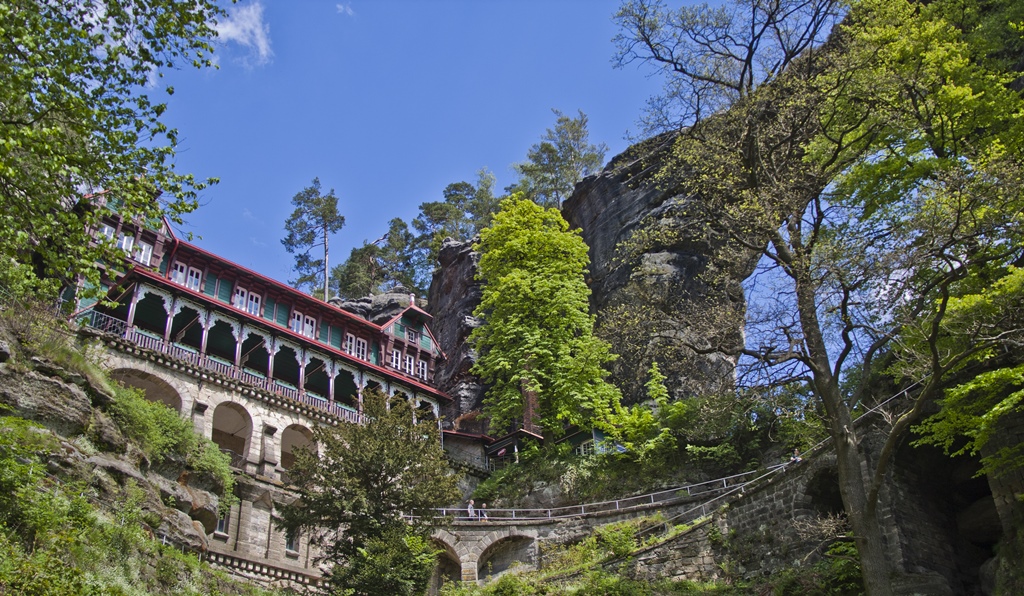 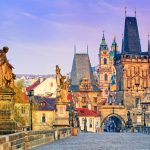 Prague has a wide range of shopping choice, from high fashion to rare books and antique shops. The city also has generous shopping hours, from 09:00 to 21:00, so it’s no surprise that shopping has become a favorite pastime of all Czech people (after drinking beer, of course). Prague shopping malls are hidden in ancient passages and arcades in the Old Town and New Town. They are full of fashionable boutiques, wine shops, art shops and cafes. Away from the center, there are modern malls in the Vinohrady district and at the end of metro lines. Best places to go are Centrum Chodov with 211 shops, and Paladium which is your best choice for the shopping in the city center. 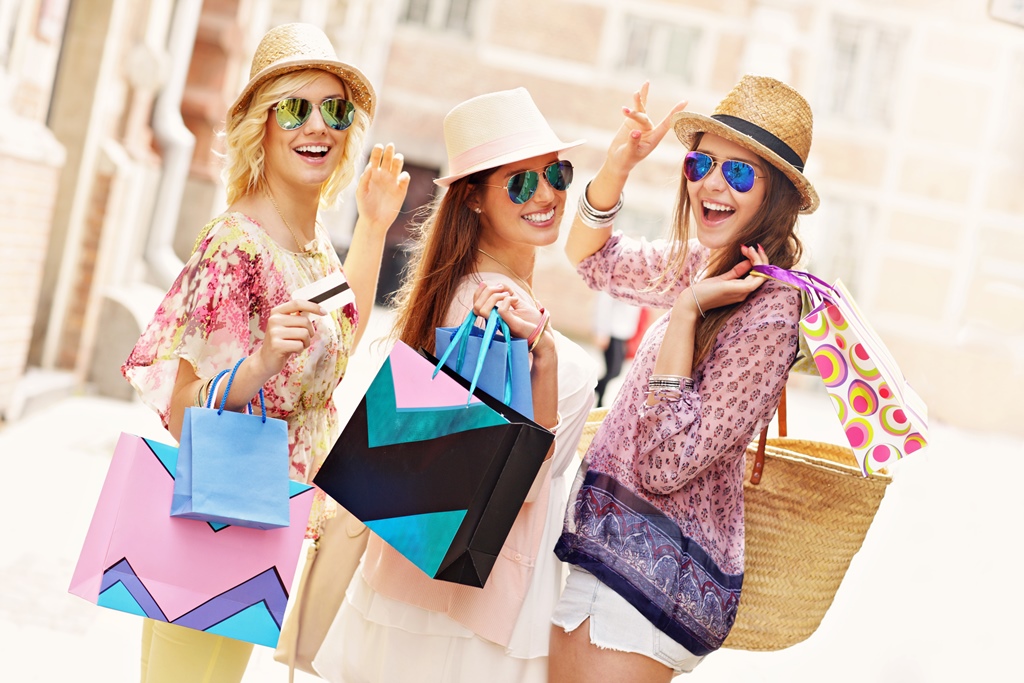 Although beer is the foodstuff number one in Czechia, one cannot visit the capital without tasting some traditional dishes, including favorites such as beef and pork dumplings, rice and potato side dishes, the classic smažený sýr (fried cheese) and Hungarian-influenced guláš (meat-and-vegetable soup). Among so many charming places, it is difficult to choose only few, however we recommend you V Kolkovně which offers an ultimate Bohemian classic, roast duck with sauerkraut, U Slepé kočičky decorated in a cat motif, where you can try original sweet and salted pancakes, Lokál Dlouhááá where traditional dishes are at prices even students can afford, Pizza Rugantino where your kids can construct their own pizza, Terasa u Zlate Studne is the place to go if you want to dine on a roof terrace close to the Vltava River or Mlejnice, a small place in the Old Town with the most authentic Czech menu possible, with dishes like such as pork and cabbage pancakes. 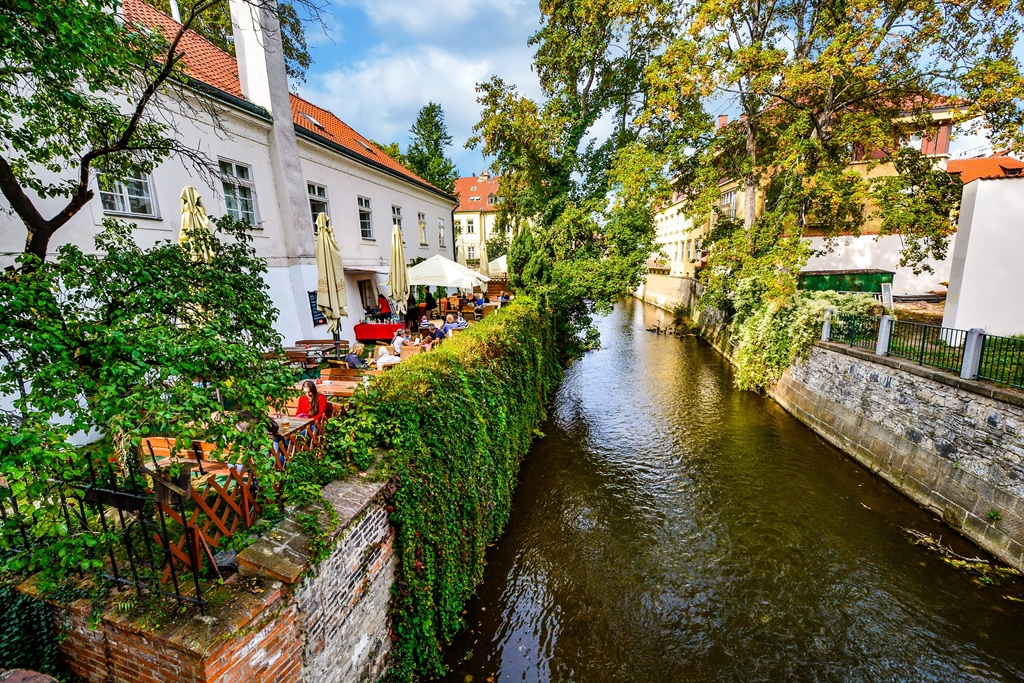 Typical Prague restaurant by the river

The official currency in the Czech Republic is Czech Koruna (CZK), and it is used for all types of payments. Euros are accepted at some places but with low exchange rates, so it’s better to use korunas rather than euros. The best and most convenient option is to withdraw local currency from ATMs, spread all across the town. International transaction fees won’t be as high as they would be if you used services of one of the currency exchange offices. However, few forex shops even offer VIP rates for those who exchange the amount that is equal to or higher than €1000. The best places to exchange your money are money changers in the Old Town, near Republic Square, near Mustek metro station, near Národní Muzeum and in Mala Strana.

NOTE: The unbelievably good rates offered by street changers (who intentionally approach you) often include a scam in themselves. Don’t use their services.

Finding a parking spot in Prague can be quite a challenge, so we recommend you to use their efficient public transportation system as much as possible. However, if you absolutely must drive, make sure you know there are three zones in the city center:

NOTE: Don’t leave any valuables inside your car, as this might attract the attention of car burglars.