Paris Charles de Gaulle Airport, or the Roissy Airport, is the French biggest international airport. It is situated 25 km to the northeast of the city of Paris. Last year, the airport counted over 72 million passengers, which makes it world’s tenth and Europe’s second busiest airport (London Heathrow is the number one).

How to get from Paris Charles de Gaulle Airport to Paris

The airport is well-connected to the city centre, therefore you can choose between airport shuttle, train or bus.

RER B: links the airport to Paris and its suburbs. The station CDG 1 is intended for terminals 1 and 3, while the CDG station nr. 2 serves for terminals 2 ACDEF and G (the 2G terminal is connected to 2F by free N2 shuttle). The journey takes approximately 35 minutes and the price per ticket is 9,75 €.

SNCF main line: the station ‘Aéroport Charles de Gaulle 2 – TGV’ is located between terminals 2C-2D and 2E-2F. Terminals 2A,C,D,E,F are accessible via the moving walkways (10-minute walk) or the free N1 shuttle (at level 5). The 2G terminal is linked to 2F via N2 shuttle, too. For terminals 1 and 3 take the free CDGVAL shuttle train.

CDGVAL shuttle train: it allows you to move around the airport. In only 8 minutes it connects terminals 1, 2, 3 + RER-TGV railway stations + PR, PX remote car parks. The train departs every 4 minutes in the period between 04:00 a.m. and 01:00 a.m. It is free and no ticket is necessary. 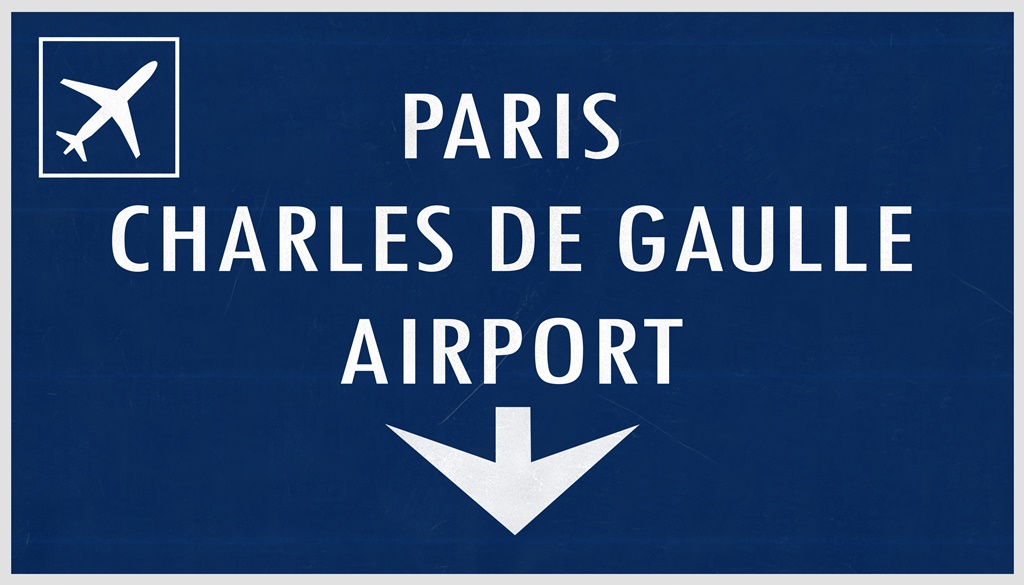 You can choose among few shuttle buses which travel on the route between the city centre and the airport.

In case you don’t want to depend on public transport schedules, you might want to call a taxi to take you from the airport to your destination. The taxi services are located at terminals 1, 2A, 2C, 2D, 2E, 2F, 3 and 2G at the exits of the baggage reclaim areas. The price is approximately 50€ (a bit more in case you’re going to the left Paris bank).

Another way to travel to Paris is with a private, door-to-door transfer from Paris Airport to your accommodation in the city.
You can pre-book a private transfer for a hassle-free experience, professional driver will wait for you at the airport and take you to your destination.

If you prefer reaching and exploring the city by yourself, you should rent a car online or do it on the spot: most of the car-rental companies like Goldcar, Sixt and Goldcar are located at terminals 1 and 2C.

If you arrived with a larger group of people, consider renting a bus since one car would probably not be enough.

No, there are many bus and train lines running until midnight and in early hours, but in case you miss all of them, you can take a cab for a bit spicy (considering the public transport) price of approximately 50€.

I would like to spend one day in Paris in between flights. Is that possible?

Yes, of course. The best way to do so is to take the bus or train which take you directly from the airport to the city centre and is the most convenient way of transportation. Another good thing is that you can leave your stuff at the central lockers located at the CDGVAL station’s exit, near the RER train station. The service is available every day from 06:00 a.m. to 09:30 p.m.

I am continuing my journey outside Paris. Are there any direct lines from the airport to other cities?

No, if you want to explore places outside Paris, first you have to come to the city center from the airport and there you switch to bus or train for some other destinations, e.g. Paris to Lyon, Paris to Nice, Paris to Marseilles, Paris to Strasbourg, etc. You can check all of the possible connections on the website GetByBus.