Oslo Airport, located in Gardermoen, 35km northeast of Norwegian capital, is the main international airport serving the city of Oslo (another airport in city’s area is Torp, mainly used by low-cost airlines). It serves as the main domestic hub for Norway and it’s the second busiest airport in Scandinavia. As a hub for Scandinavian Airlines, a base for Norwegian Air Shuttle and a focus city for Widerøe, the airport features flights to more than 110 destinations worldwide. Last year, more than 28 million passengers traveled through the airport.

How to get from Oslo Airport to Oslo

TIMEkspressen operates on the route between Gjøvik, Skreia, Oslo Airport and Oslo.

Oslo Airport has good connections to all parts of the city by means of public transport, so you can choose between train and bus.

The Norwegian State Railways trains also need 20 minutes to reach the city from the airport. All NSB Regional Trains that run between Skien, Oslo, Lillehammer and Trondheim stop at Oslo Airport. NSB Local Trains on the Kongsberg–Eidsvoll line also stop at the airport. 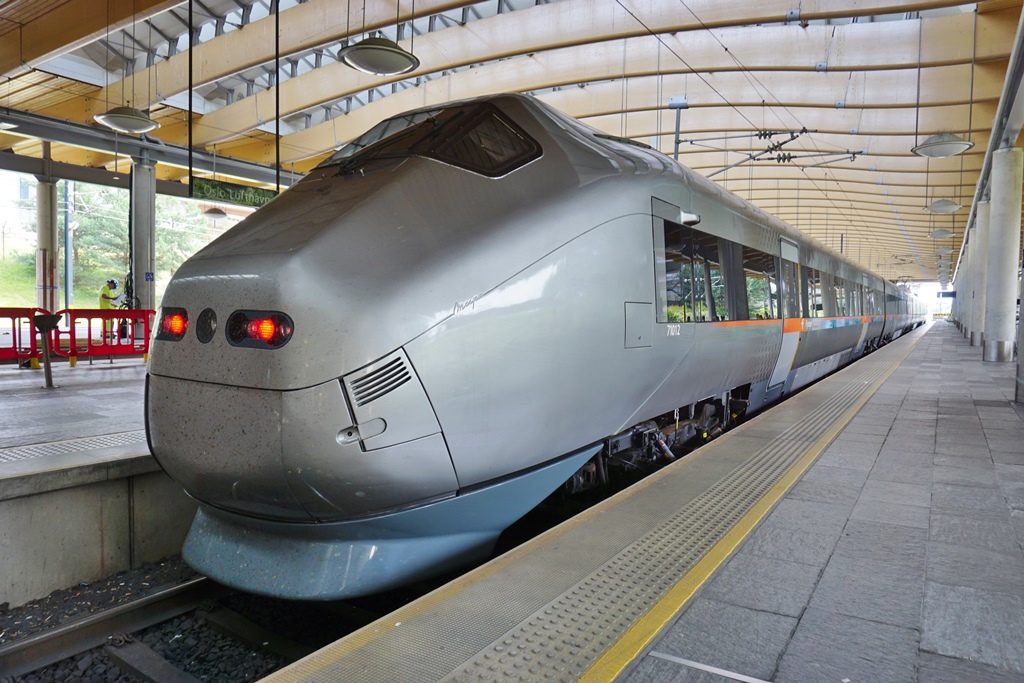 There are several buses which operate on the route between the airport and the city centre of Oslo.

There is a taxi information desk in the Arrivals Hall. They have information about the fixed rates and available taxis, and you have the option of choosing the cheapest available company. Since the airport is almost 50km away from the city centre, you can expect to pay approximately 90€ per direction.

If you don’t like using the public transport and hesitate to take a taxi, consider booking a  private, door-to-door transfer which will wait for you on the airport and take you to your hotel or wherever you need to go. The transfer company will send a professional driver to pick you up. You can even order a child safety seat if you’re travelling with a child.

Renting a car at Oslo Airport

For those of you who would like to reach the city and explore the area on your own, the best option is to rent a car directly at the airport. There are several car rental companies there, such as Avis, Budget, Enterprise, Europcar, Hertz and Sixt. The companies are all located in P-zone P10 level U2. Compare their rental prices and save time by booking your car online.

Renting a bus at Oslo Airport

For larger groups of passengers, consider renting a bus at the airport. However, it is recommended to book it in advance, so the bus rental companies have enough time to advise you on the meeting point and all other information.

If you want to continue your journey outside Oslo, the best option is to take a bus from the central bus station, here are some suggestions: 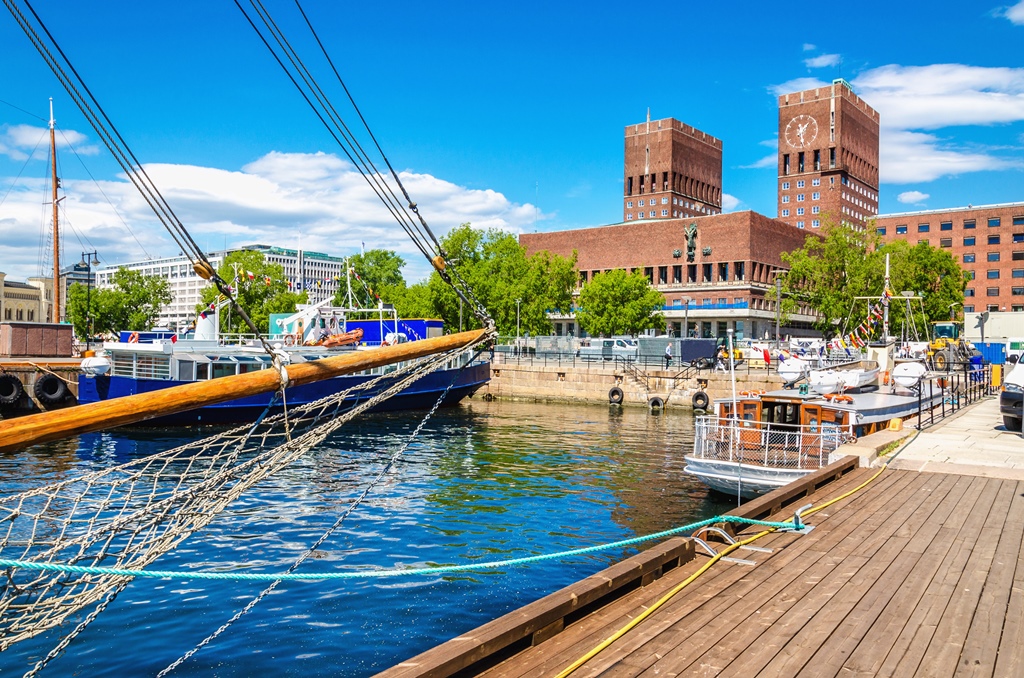 No, the airport has an amazing connection with the city, despite the distance of almost 50km. You can choose among several shuttles, trains and buses. Another option is taking a taxi, but this is the most expensive way of travel, since you might even pay around 90€ per way.

I have an early morning departure from the airport, are there any airport hotels I can stay at’

Yes, there is even Nettbuss service at Oslo Airport. Nettbuss runs shuttle bus services between the airport and nearby hotels and to Måløy and Volda. Near the airport you can check in at Clarion Hotel & Congress, Best Western Hotel or Gardermoen hotel, all within 2km of range from the airport.

I would like to visit Oslo in between flights. Is that possible?

Yes, it will take approximately an hour to reach the city, but the airport is well-connected to the centre at all times of the day, so it should be no problem to go there and back within a day. You can leave your stuff at the luggage storage in the Arrivals hall, but keep in mind that you can only pay in Norwegian kroner or with VISA and Mastercard/Maestro/AmEx.

Yes, you can exchange your money and also pick up some money at the ATM machines at the airport. The bank has one office in the Arrivals hall. ATMs with foreign currencies are located at key places in the terminal.

I am continuing my journey outside Oslo. Are there any direct lines to other destinations?

As mentioned above, there are several stops near Oslo you can go to by bus or train, but for other options and more further places, we recommend you to go to the Central Station in Oslo and check out your options there (as some of them are suggested in the table above). Or you can simply look them up on GetByBus.