Spain is home to various cultures and traditions, but also to a great number of protected areas. There are in total 16 national parks in the country scattered all over the Iberian Peninsula, as well as the Canary Islands and the Balearic Islands. Therefore, Spain is ranked close to the top regarding the number of national parks of all European countries. Moreover, it is among the pioneers in protecting nature with the first park being inscribed in 1918. Nature lovers, brace yourselves, here is a list of all national parks in Spain!

Situated on Tenerife, the largest of the Canary Islands, Teide National Park holds the title of the most visited national park in Spain. It is home to the highest mountain in Spain and the third-highest volcano in the world – Teide. Moreover, it is so unique that it has become a scientific landmark used for scientific studies due to its huge similarity with planet Mars. The park is also a UNESCO site and it offers an ideal combination of an active holiday while relaxing in the natural surroundings. 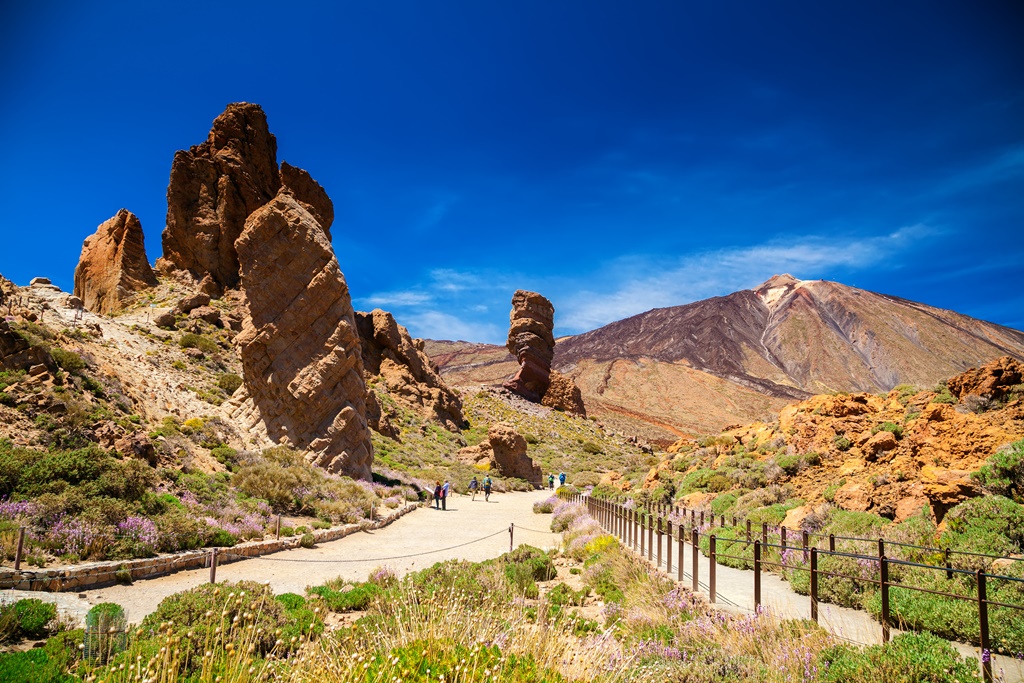 Another UNESCO protected area is also the first national park in Spain inscribed in 1918. It is situated in Northern Spain and is being shared between the regions of Cantabria, Castille and Leon and Asturias. Picos de Europa is a mountain range consisting of huge massifs. Hiking is the most common activity here which can be challenging due to the park’s unique climate. Major peaks are close to the sea, so fog and rain can be expected. 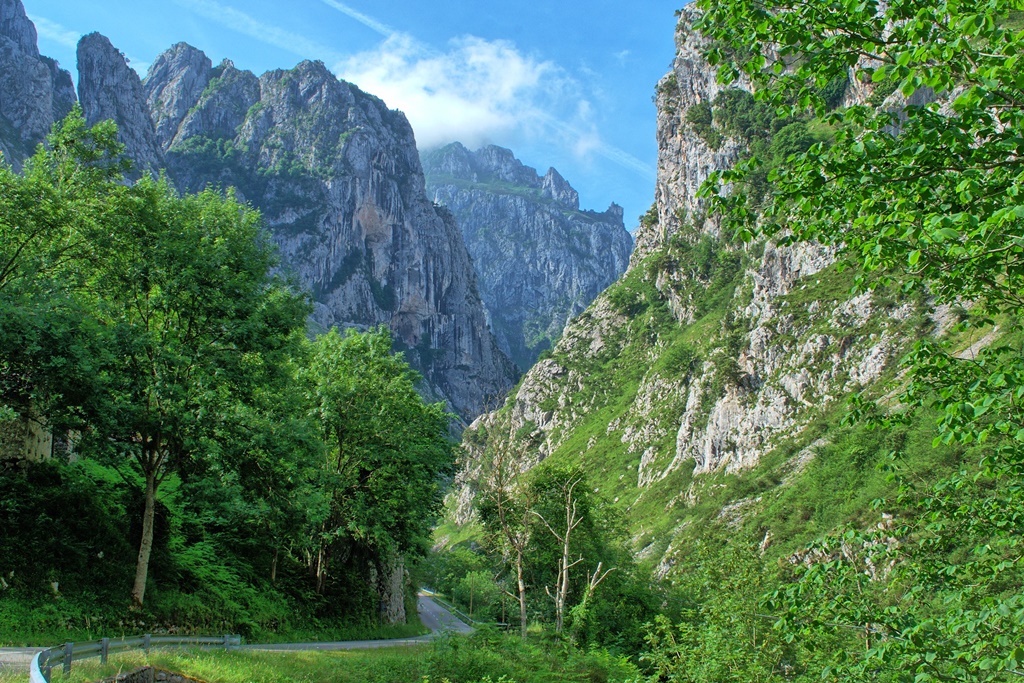 The heart of Extremadura is a lush green oasis with rich flora and fauna. In Monfrague National Park visitors can discover the animal and plant life, especially birds. Bird watching can be accompanied with hiking and swimming in the pools. The area has several interesting sights such as castles Benquerencia de la Serena and Trevejo. Some of the locations were even a set for the famous Game of Thrones series.

Situated on Lanzarote, one of the Canary Islands, Timanfaya National Park is completely made up of volcanic soil as a result of volcanic eruptions. Timanfaya volcano, after which this park in Spain got its name, still remains active. The whole area is considered a UNESCO Biosphere reserve, so getting to the park is strictly regulated. Still, hike in completely different surroundings, explore the volcanoes and ride a camel. 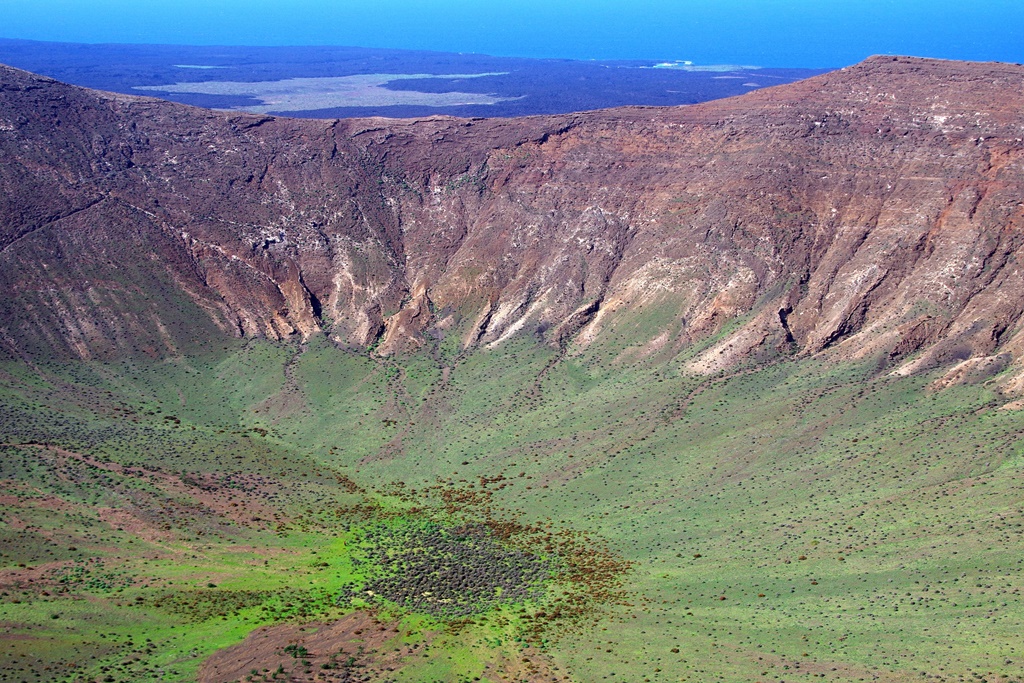 Atlantic Islands of Galicia consist of four archipelagos – Cies, Ons, Salvora and Cortegada. The area is exceptional for its extraordinary rich marine life, but also many other animal and plant species. Since it was inhabited by humans since the Iron Age, the park has interesting archaeological sites where visitors can discover the remains of the ancient civilisations. As for most national parks, visiting is strictly regulated and possible by boat only.

Between the provinces of Cadiz, Huelva and Seville lies an area of high importance, another UNESCO site. Donana National Park is one of the most important wetlands in Europe and an area of unique biodiversity. It is home to a great number of animal and plant species of which some are threatened. This natural gem of Andalusia offers to its visitors the cleanest beaches, moving dunes and charming villages such as El Rocio. 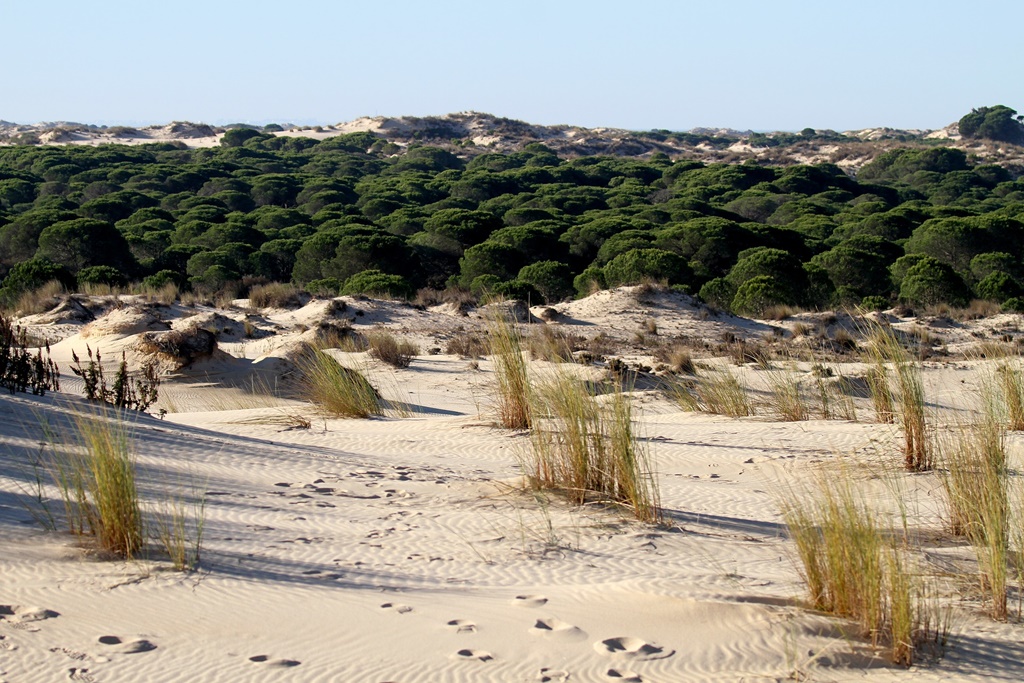 Situated between the two provinces, Ciudad Real and Toledo, Cabaneros National Park is exceptional for its threatened Iberian Mediterranean fauna and fossils over 500 million years old. Visitors get the chance to explore the meadows, mountains, plenty of animal species and more than 1000 plant species. This park is a great choice in all seasons and is suitable for all ages, as well. Besides the hiking routes, visitors can explore the nearby towns and its cultural heritage

Along with Picos de Europa, Ordesa y Monte Perdido is the oldest national park in Spain. This UNESCO site is situated on the Pyrenees, close to the French border. The area abounds in natural attractions such as rivers, waterfalls, glacial lakes and high massifs. The park offers plenty of activities to its visitors, from casual hiking to mountain climbing, rafting and kayaking. 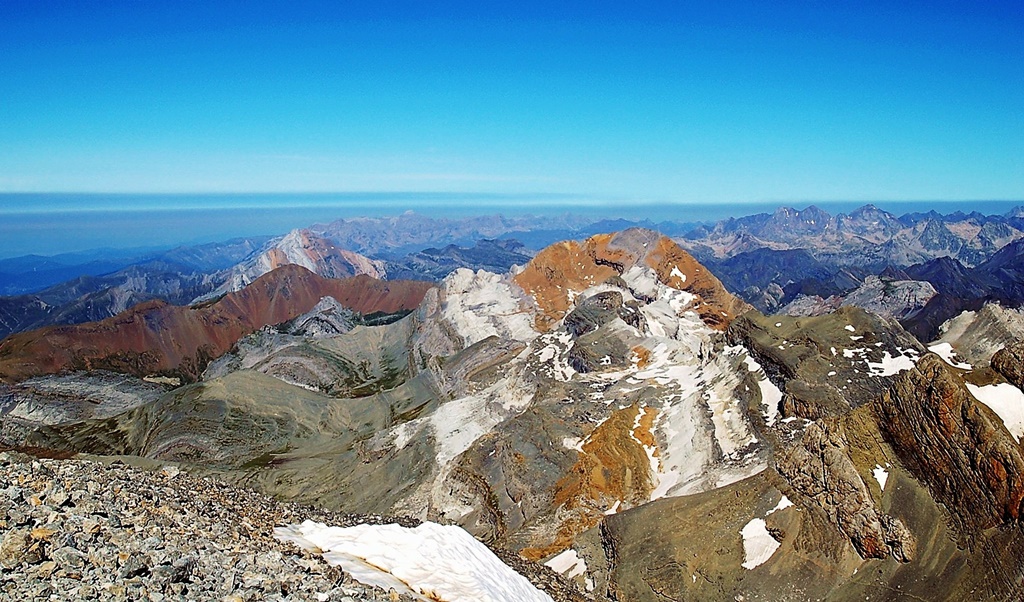 Andalusian mountain range Sierra Nevada is also the name of the biggest national park in Spain. There lies one of the highest peaks of Spain, Mount Mulhacen, reaching over 3000 meters in height. Hiking is the most common activity visitors enjoy here. More adventurous types can try paragliding, and nature lovers can go bird watching. Besides that, Sierra Nevada is also the southernmost ski resort in Europe with a long season lasting from November till May. 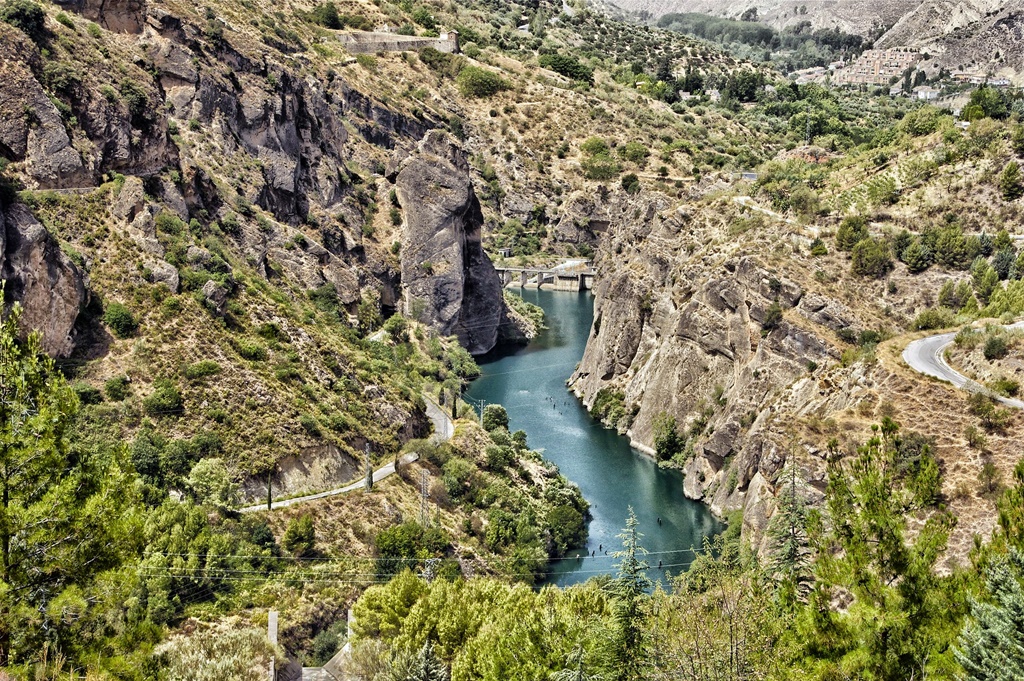 Situated relatively close to the Cabaneros National Park, Tablas de Damiel is an important Spanish wetland and a nature reserve. This area’s value lies in the fact that it is a migratory route of many bird species of which many spend the winter here. As a result, visitors can discover a lush flora and fauna, in and outside the waters. To meet the cultural side of the area, visitors can explore the windmills and learn about its importance. Some of them date back all the way to the Middle Ages.

Close to the African land lies one of the smallest of Canary Islands, La Gomera, a home to Garajonay National Park and a UNESCO protected site. The area is one of the rare ones where nature is still untouched and in its original form. Its uniqueness lies in the dense laurel forest grown millions of years ago, which is hard to find nowadays. The overall area often resembles a true fairytale thanks to its lush greenery and often mists. 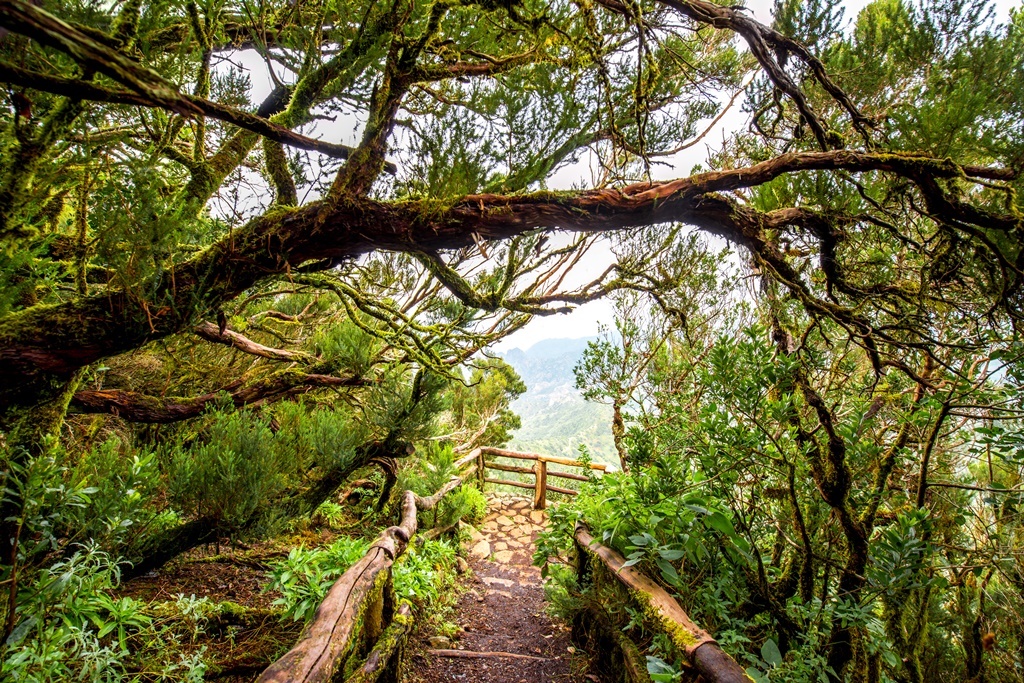 Guadarrama is a relatively young national park inscribed in 2013. It is located in central Spain, not far from Madrid. The aim was to protect the area of rich wildlife consisting of a huge number of animal and plant species of which some are endangered. This park is amazing for adventurous types as it offers an array of activities. The most common one is hiking, but skiing in winter and swimming in summer is exciting as well.

Situated close to Malaga, Sierra de Las Nieves Natural Park has only recently got a status of a national park. The area is primarily a stunning natural landscape with plenty of charming villages visitors fall in love with. Moreover, being a Biosphere Reserve, it is a home to many species, including the endangered ones of which the best known is the pinsapo tree. Visitors can find plenty of activities here such as all levels of hiking, biking, horse riding and more.

As it can be discovered from its name, the uniqueness of this national park lies in its impressive terrain with an emphasis on a 10 km wide caldera and its 2000 m high walls. Situated on La Palma, Canary Islands, this area is the most attractive place to visit on the island. Besides admiring the natural phenomena, explore the waterfalls, discover the endemic plant species and hike through the incredible landscape. 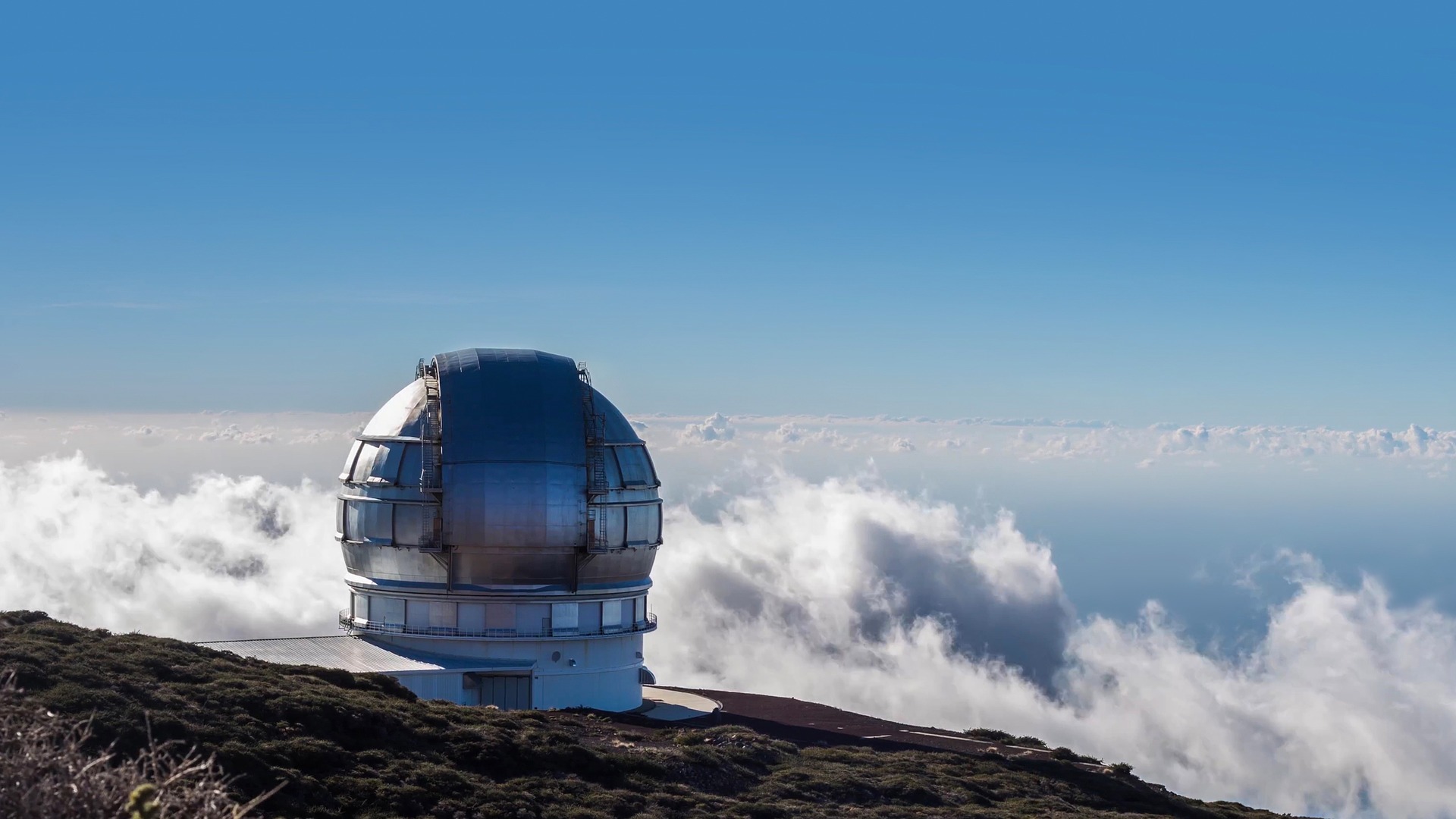 Fully named Aiguestortes y Estany Saint Maurici, this national park is located in the heart of the Pyrenees. Its landscape is truly unique as it contains centuries old rich forests, almost 200 scattered mountain lakes, waterfalls and more. No wonder it is home to many interesting animal and plant species. Visitors can explore the area through various hiking paths of different durations and levels of difficulty.

The southeastern coast of Mallorca consists of 19 small islands, all forming the Cabrera Archipelago. The park is among the least visited in Spain since it is quite remote. Nevertheless, because of its position, the park stayed relatively unchanged, with a great natural value. As a result, visiting a park and enjoying the activities such as diving is strictly regulated. In the ethnological museum visitors can learn about the history of the area.

Map of National Parks in Spain