New Zealand has 13 magnificent national parks that cover an area of around 30 000 square kilometres. Its landscapes and wildlife differ from place to place but they are all breathtaking. From volcanoes and mountains to beaches and rivers, New Zealand’s national parks show a wide range of reliefs and landscapes and display the most beautiful parts of its untouched nature. Here is the list of all National Parks in New Zealand for an amazing adventure trip.

National Park Abel Tasman might be the smallest one in the country but carries the name of a man who first spotted New Zealand and anchored in the Golden Bay. It is located at the top of the South Island and it consists of three islands – Tonga, Adele and Fisherman. The area is known for long stretches of golden beaches, unearthly nature and many activities on offer. Therefore, this national park is ideal for all adventure seekers. The park is also home to many native animal and plant species. Still, it is important to stay safe, especially if staying overnight, as there are many wild animals. Although pure nature, the national park has many modern facilities, including Wi-Fi. Dogs are not allowed, and camping is allowed under certain rules. 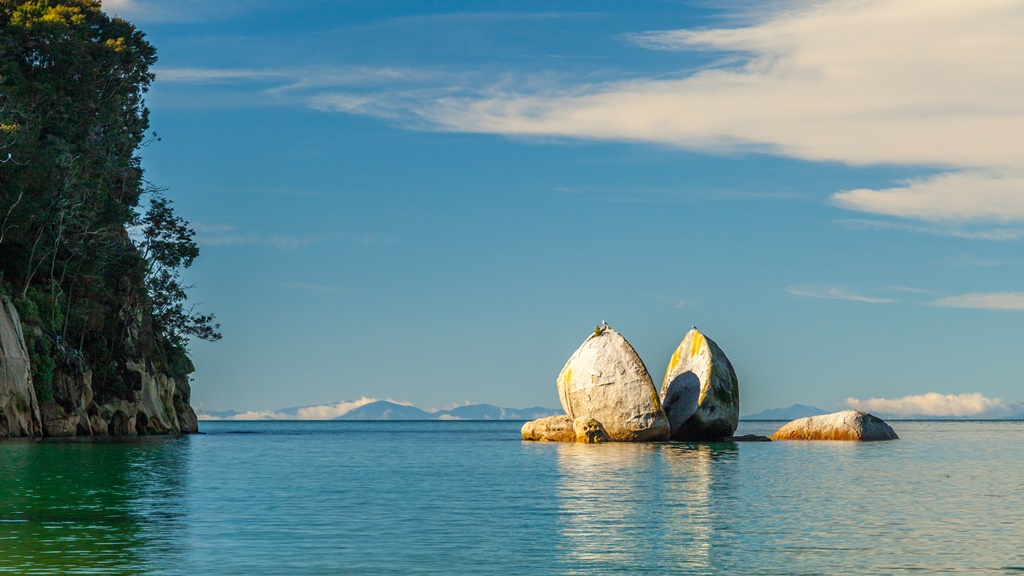 Tongariro is the oldest national park in New Zealand, also on the list of UNESCO Sites. It is located in the North Island, halfway between Wellington and Auckland. The diverse landscape varies from lakes and lush green areas to splendid volcanic mountains. Not only this park is heaven for outdoor enthusiasts it is also the world’s most famous filming location. Mount Tongariro and its surroundings were used to create the mighty Mordor, the realm of arch-villain Sauron in the world-famous Lord of The Rings trilogy. Besides that, the park offers many interesting activities throughout all seasons. It is also a great place where you can learn more about the indigenous Maori people of New Zealand and their culture. 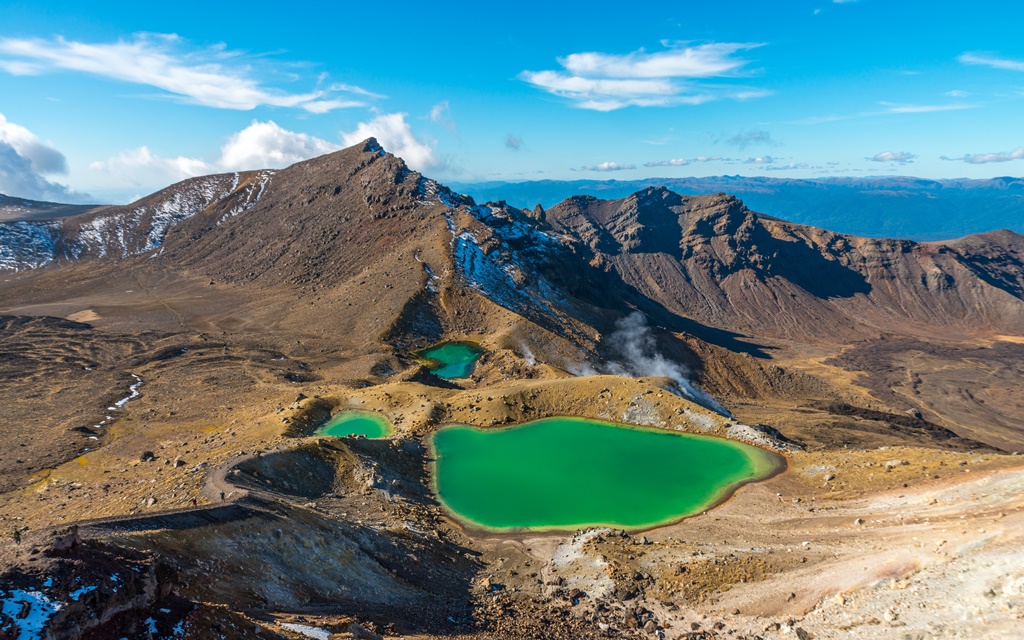 The southwest part of South Island hides the scenic nature where lush valleys and pristine mountains intertwine. Fiordland is the largest national park in New Zealand and a part of the UNESCO Site Te Wahipoinamu, as well. The area is full of lakes, fiords, forests and various outdoor activities. Amazing offer of water sports can be found on lakes Manapouri and Te Anau. The most attractive locations are fiords Doubtful Sound and Milford Sound where most visitors decide for a boat tour. The park is also home to the deepest lake in New Zealand, Lake Hauroko. The surrounding mountains are ideal for hiking, but also climbing and several paths are suitable for an extensive walk. Among other recreational activities, fishing is very popular. 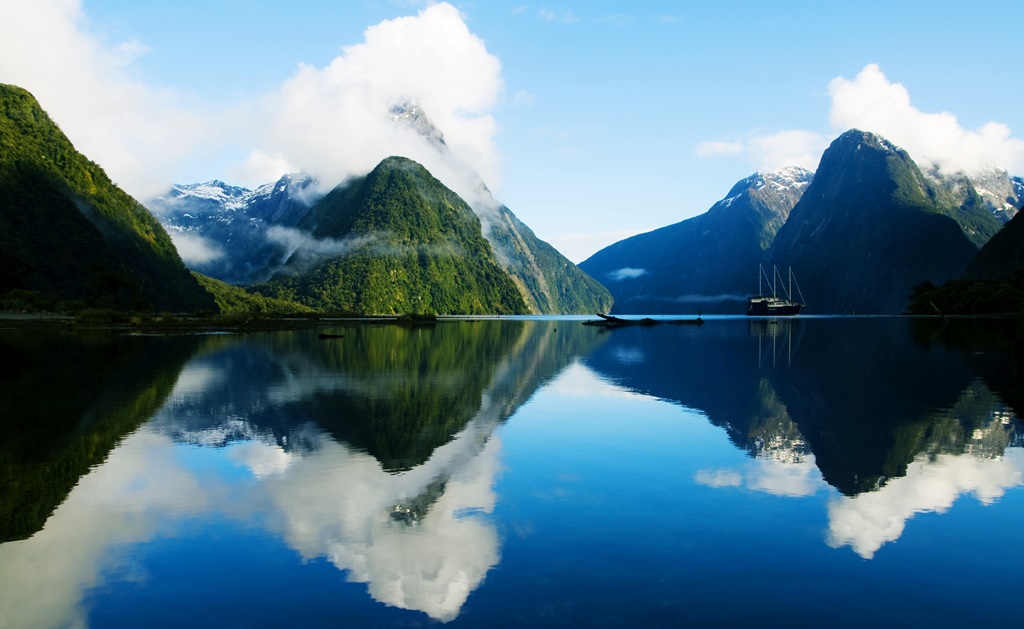 If you’re a lover of long hiking and tramping then Mount Aspiring is a true paradise. Situated on South Island, the park is also a part of the Te Wahipounamu UNESCO Site. Nature consists of glaciers, lakes, mountains, rivers and valleys, together forming a picturesque scenery. National Park Mount Aspiring is all about outdoor activities, especially hiking. There are plenty of tracks in the park, of different duration and difficulty level. Beginners can start with Blue Pools track which lasts up to 1.5 hours, while experts can pick more challenging tracks such as Blue Valley, Brewster, French Ridge or even Cascade Saddle. Staying overnight in nature is allowed and fulfils this experience, just make sure you arrive well-prepared. 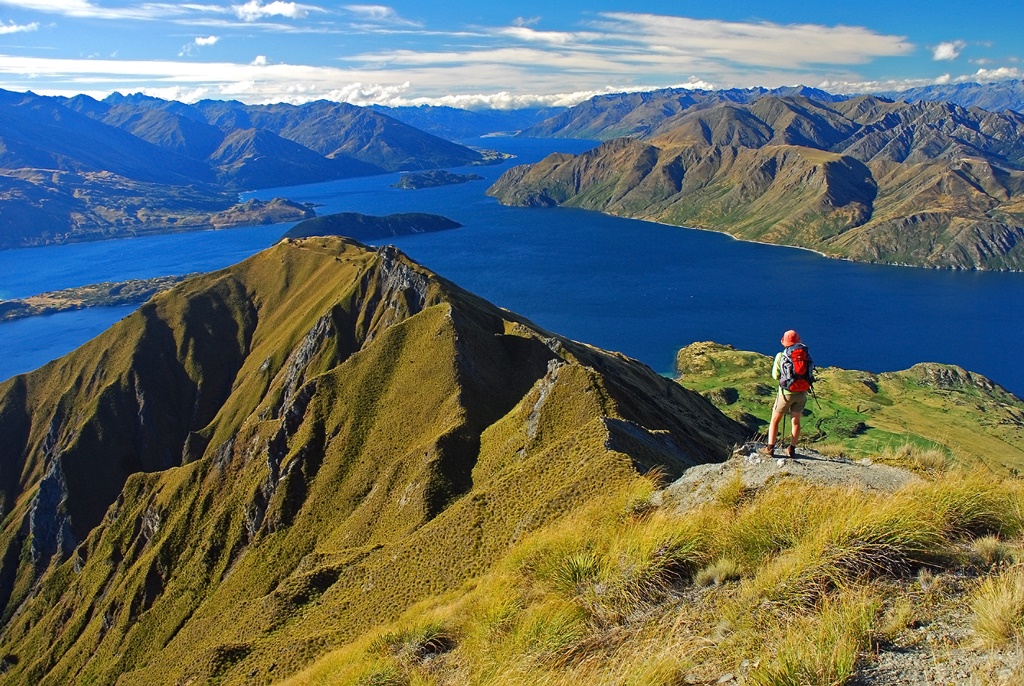 Another natural beauty situated on South Island is heaven for outdoor enthusiasts. Aoraki/Mount Cook, although a mountainous terrain that calls for climbing and hiking, is actually very accessible. Visitors can choose from easy walking trails to advanced mountainous expeditions. There are almost 20 huts in the park which mountaineers can use for an overnight stay. Others exploring the surroundings and attractions at a slower pace can choose between hotels, campsites and lodges. Besides the peaks, another thrilling sight is the glaciers, Mueller Glacier, Hooker Glacier and Tasman Glacier. Therefore, skiing is another attractive activity for visitors. 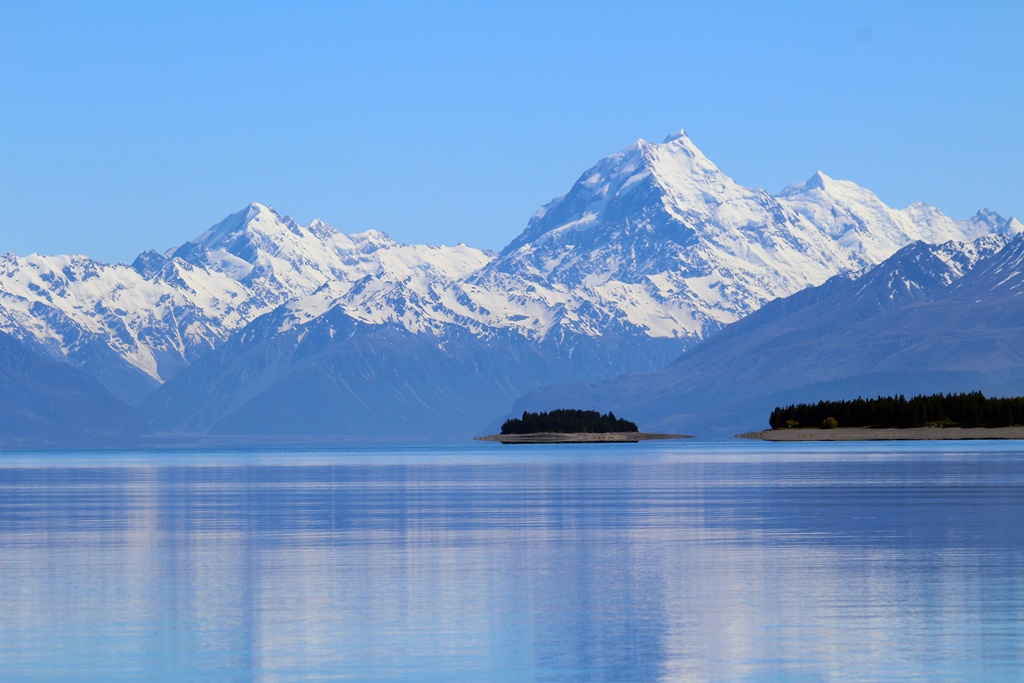 The second-largest national park in New Zealand is located on the northern side of the South Island. This hiker’s paradise is a huge web of tracks letting you explore the untouched wilderness. Tracks are of different duration and difficulty level, passing through the valleys, forests, canyons, lakes, caves and mountain ranges. Another exciting activity adrenaline lovers can try here is mountain biking. The rest of the adventure seekers can go for rafting, climbing or cave exploring. Those looking for a more relaxed vacation can admire the rich wildlife or even try their luck in fishing. In the end, the park is another Lord of the Rings filming set, this time with a helicopter tour. 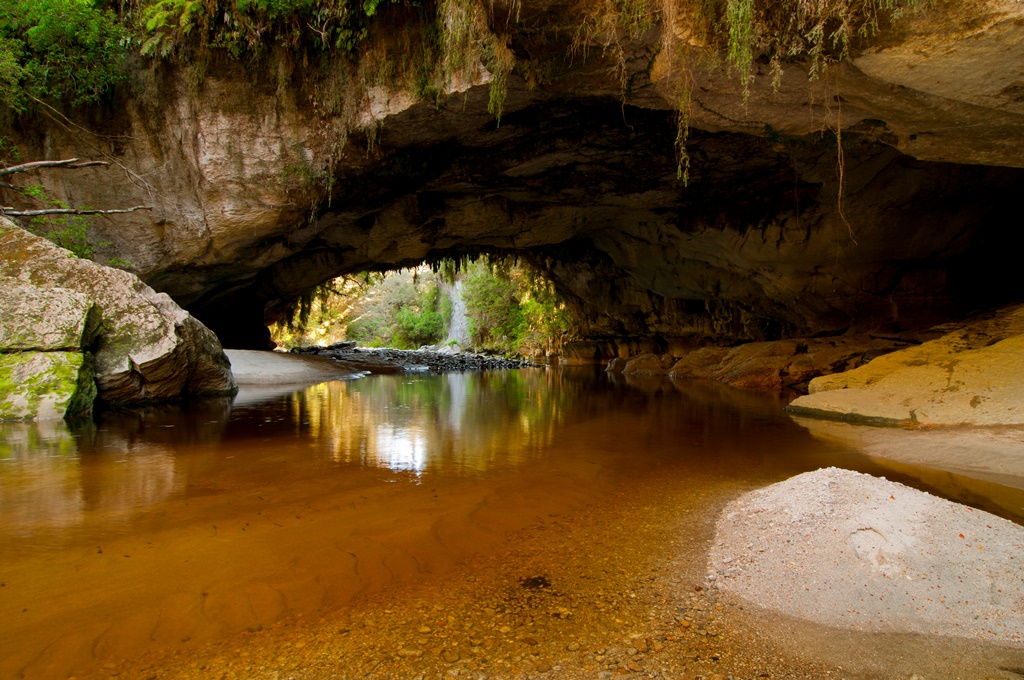 Another national park in South Island is centred around the two lakes, Rotoiti and Rotoroa, but there are in total 16 lakes in the park. The area is a harmonious combination of valleys, forests and mountain ranges. Therefore, activities such as hiking, camping and fishing prevail. Main camping sites can be found around Rotoiti Lake, while hikers and climbers can reach one of 20 huts in the park. The area is a wide network of different tracks, suitable for everyone, including a lot of tramping tracks. If looking for an adrenaline rush, try out mountain biking which is allowed on formed mountain paths. 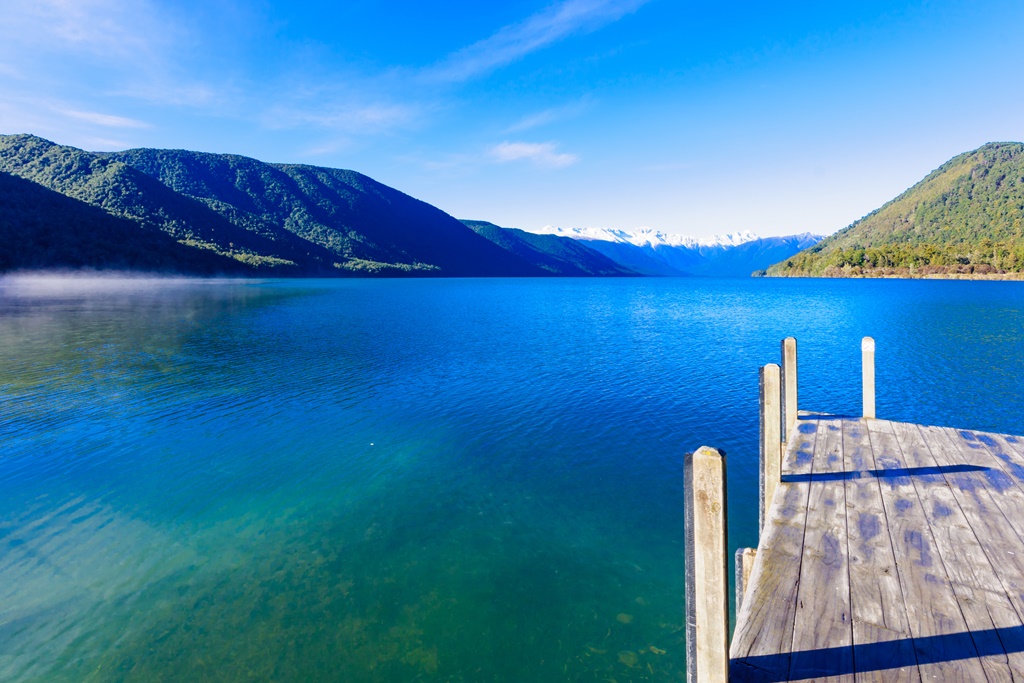 Egmont National Park is located on the North Island and it is centred around Mount Egmont or Mount Taranaki, the volcano. Taranaki is the Maori name for the volcano, while Egmont is the name given after John Perceval, the second Earl of Egmont. The volcano is about 120 000 years old, last erupting almost 250 years ago after which remains “dormant”. Besides hiking and tramping tracks, visitors can enjoy skiing and the youngest can join the children programs for discovering the surroundings. Those who seek a peaceful vacation can relax in a Mountain Cafe with a spectacular view. 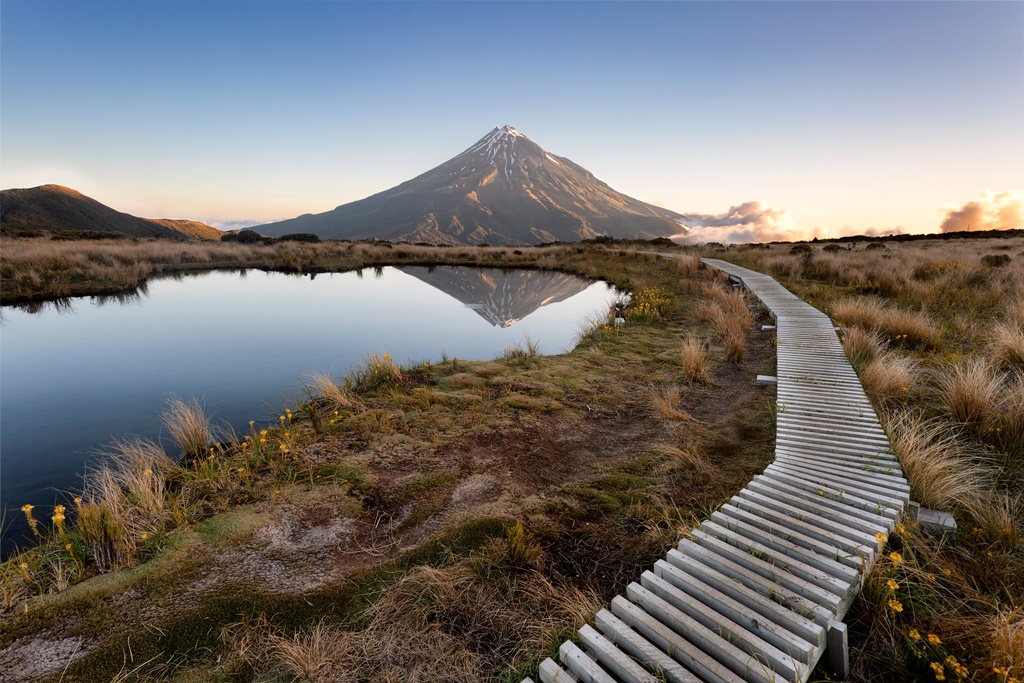 Whanganui National Park is located on the North Island, bordered by the Whanganui River. The park is actually among the least accessible ones as it is reachable via the longest navigable river in New Zealand. Hiking, tramping, cycling, but also canoeing and kayaking are among the most attractive activities. One of the main attractions in the park is the Bridge to Nowhere, an abandoned bridge built for the soldiers returned from WWII. Bird watching is another exciting activity as there are many distinct bird species such as grey warbler, robin, fantail, tomtit, tui and New Zealand Pigeon. 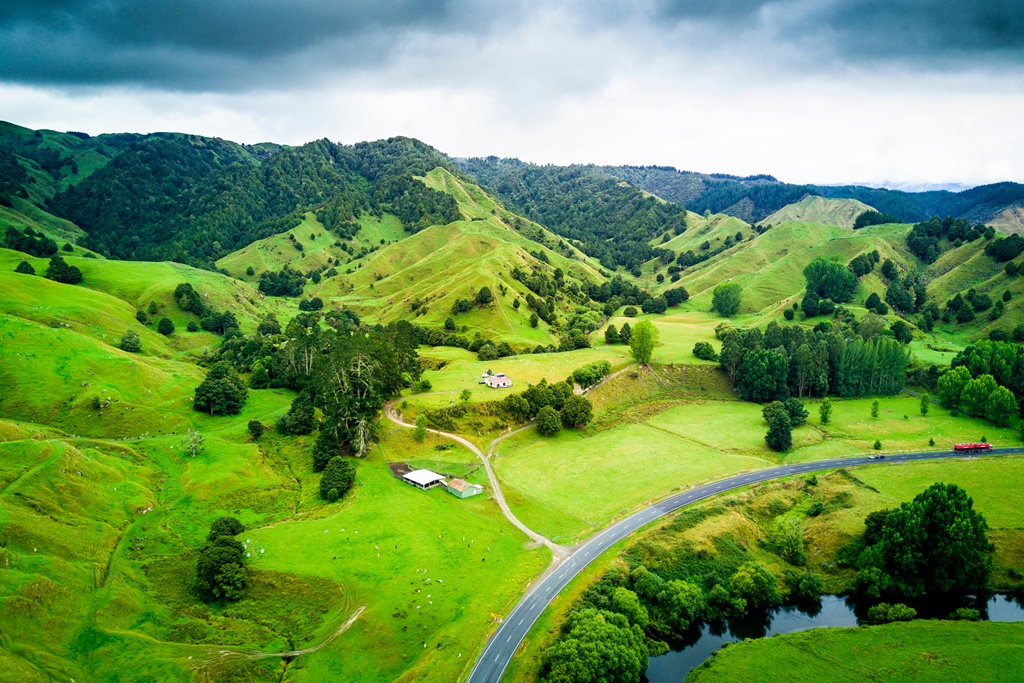 South Island is home to one more outstanding area of nature. Situated on the coast, this park combines the long coastline, coastal forests, canyons, limestone cliffs and peaks of Paparoa Ranges. At the end of a park lies Punakaiki, a small settlement and a big tourist attraction. The track that leads to its blowholes is among the most popular ones. Besides that, another highlight of the park is its several caves, the most visited one being Metro Cave/Te Ananui Cave. Paparoa National Park offers many more activities such as birdwatching, fishing, kayaking and canoeing. In the end, staying overnight under the “Pancake Rocks” is a unique experience. 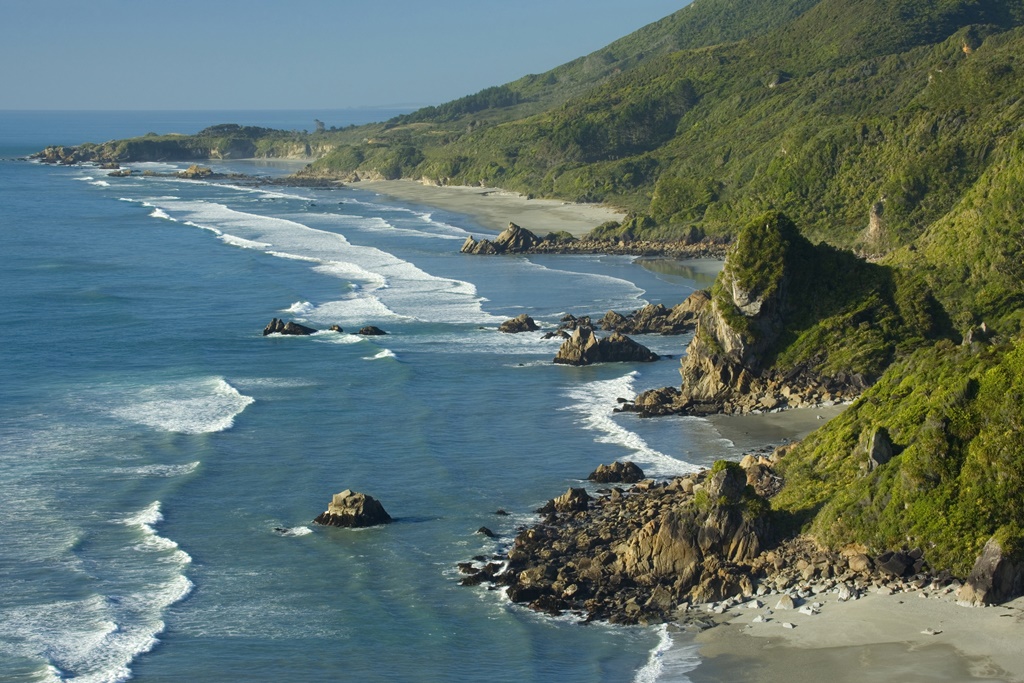 The nature reserve Rakiura is the newest national park in New Zealand established in 2002. It is situated on third New Zealand’s island, Stewart Island. The literal translation for the name Rakiura is “The Land of Glowing Skies” mainly referring to the Aurora Australis or the Southern Lights. Besides, the spectacular sunsets visitors get the chance to see here contribute to its name. Although present all over the country, this area is a perfect chance to meet kiwis, as well, a native flightless bird and a symbol of New Zealand. Besides the usual hiking and tramping, visitors can try diving and snorkelling. 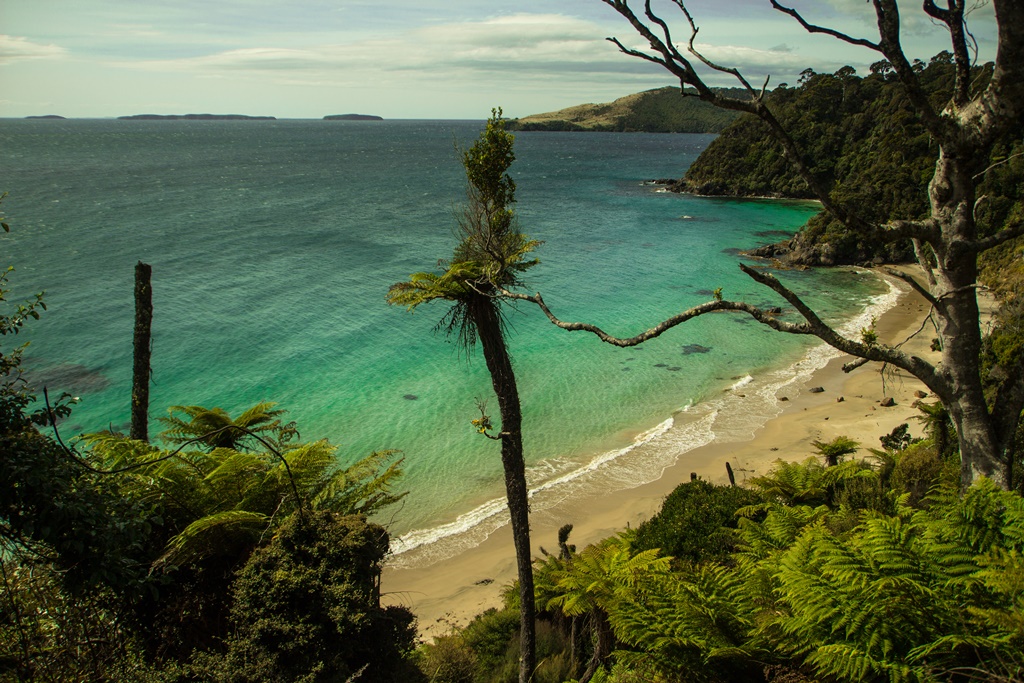 Arthur’s Pass is the first proclaimed national park on the South Island. It is located in the Southern Alps, on what Maori considered the route between the East and West. The area is significant for its diversity of eastern and western sides, especially in flora. The park is heaven for outdoor enthusiasts who can go for long and short walks. Climbing and mountain biking is reserved for adrenaline seekers and lovers of winter sports can go skiing in season from June to October. 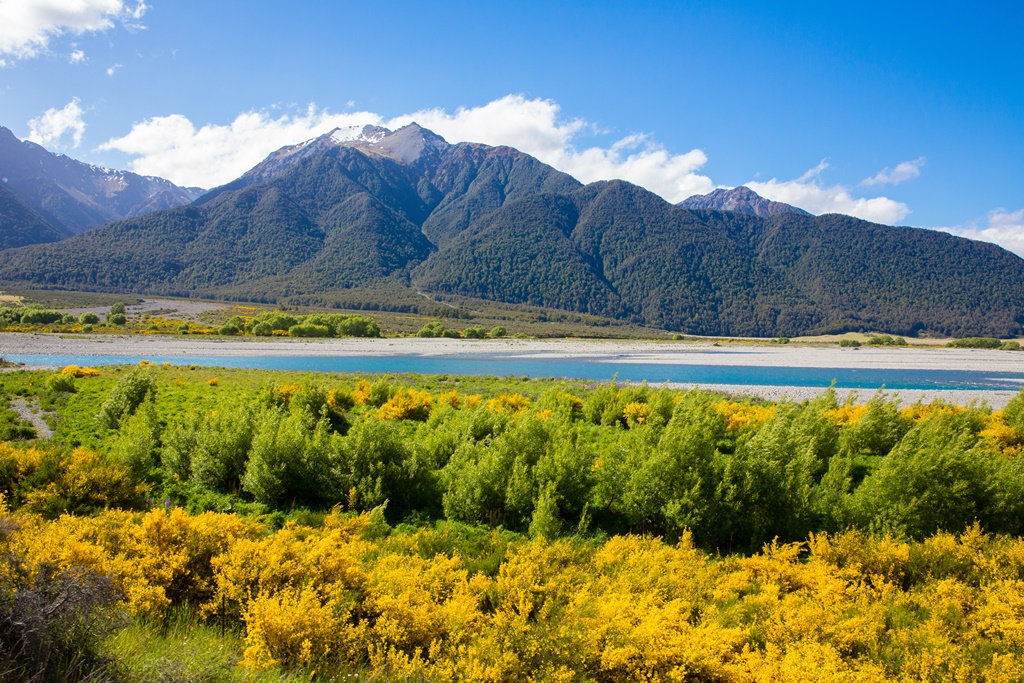 On the western coast of South Island lies an extraordinary natural area that stretches all the way to the highest peaks of the Southern Alps. The diverse terrain consists of beaches, forests, glaciers, rivers, lakes, wetlands and mountains. The biggest tourist attractions are Fox and Franz Josef glaciers which rapidly move each day. Birdwatching an exciting way to meet distinct bird species, while climbing and hiking will introduce you with the incredible flora. Mountaineers can stay overnight in one of several huts, while other visitors can choose between camping and luxurious accommodation. 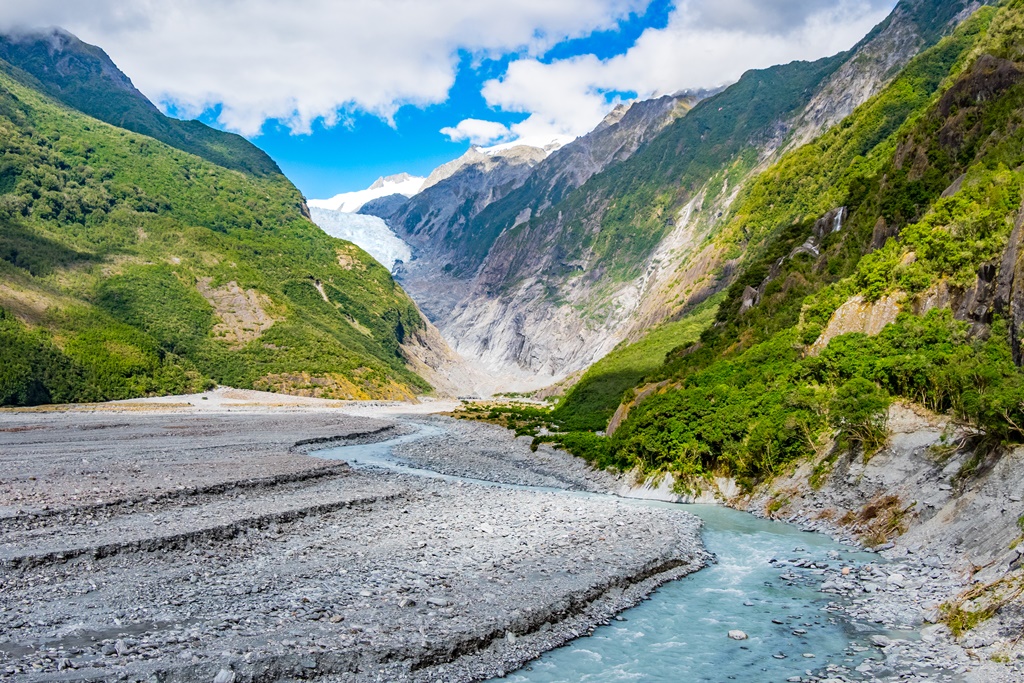