Behold, handball fans: European Handball Championship of 2018 is approaching, which means that now is the right time to start planning your trip to Croatia, where the Championship is due to take place. From 12 to 28 January, in Split, Poreč, Zagreb and Varaždin you will have the opportunity to watch sixteen selected teams competing for the winner title. But before you get all worked up about the exciting game that awaits you, we have a few useful tips on how to reach each of the mentioned stations:

Group A, which will be playing in Split, consists of teams from Croatia, Sweden, Serbia, and Iceland. Even if you came to Split just for the Championship, do not miss the opportunity to explore the city. While visiting some of its numerous beaches might not sound like a great option in January, Split has much more to offer. The mild climate allows you to explore the Diocletian’s Palace, the old town and Riva promenade without the rush which is inevitable during the summer months.

How to reach Split:

The Spaladium Arena is located about 20 minutes walk from the city center. You also have local buses driving from the center and other parts of Split as well. If you arrive at the bus or train station and need to go directly to the Arena it will take you about 30 minutes to get there by foot, alternatively you can take bus nr. 17 from the main local bus station next to the green market, which is 5 minutes from the bus station. 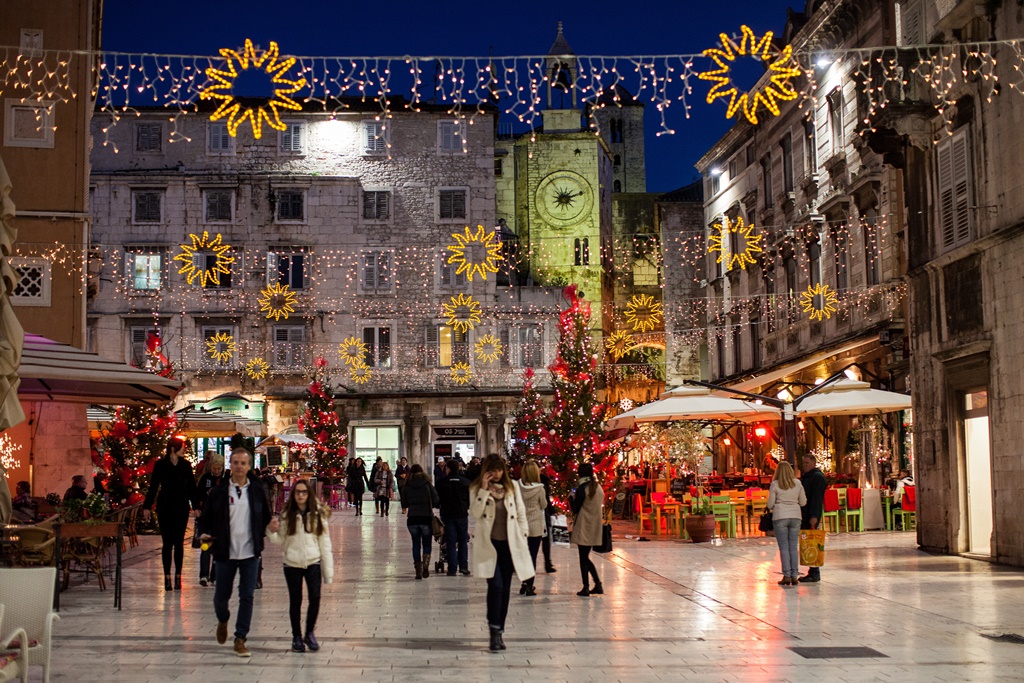 Group B, consisting of France, Belarus, Norway, and Austria, will be taking their chances in Poreč. After the Championship, you can stroll down the city and see some of its numerous historical attractions, such as the Euphrasian basilica and the remains of Neptune’s Temple, which is one of the most ancient temples in Istria.

How to reach Poreč:

Žatika sport center, where the championship will be held, was in fact built for the purposes of 2009 World Men’s Handball Championship. The sport center was one of the biggest investments of the city of Poreč, however, the final result certainly has certainly made it all worthwhile. Today, Žatika covers 14 thousand square meters and can accommodate up to 3700 people.

Since Poreč is a small town, there are no local bus lines. It will take you less than 15 minutes by foot to reach Žatika from the bus terminal and maybe 5 minutes longer from the old town. If you are staying at the hotels in Zelena or Plava Laguna, you should ask the hotel for transportation options to the arena. 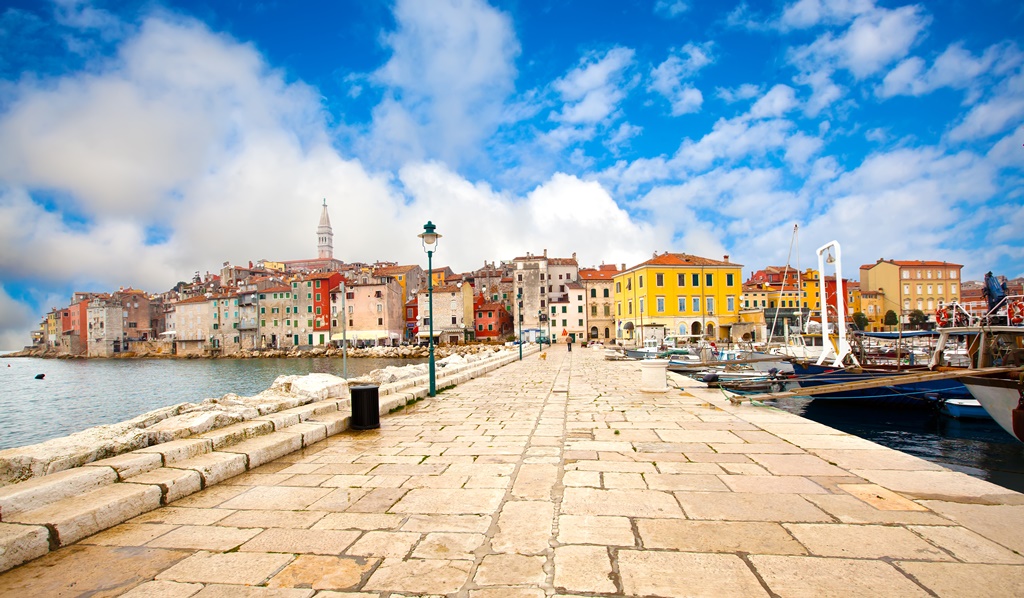 The countries playing in Zagreb (Group C) are Germany, FYR Macedonia, Montenegro and Slovenia. Besides preliminary matches, Zagreb will also host Main Round Match (from 18th to 24th of January), as well as the Semifinals on the 26th and the Finals on the 28th. Zagreb is a vibrant city rich of history and culture, and its true beauty is revealed during the winter months when it is often covered with snow. Ilica street, King Tomislav Square or the charming Upper town are just some of the sights that are a must-see. Also, the Broken relationship museum is a treat for anyone with a taste for compelling and heartbreaking stories, as it contains numerous objects from all over the world that have remained as a tribute of love gone wrong. All in all, it would be a shame not to use this opportunity to see more of Croatia’s capital, so if you are wondering what else to do and see in Zagreb, check it here.

How to reach Zagreb:

Since Zagreb is the capital of Croatia, it is well connected to other cities in the country and region, by plane, by train and by bus. Since the average train ride in Croatia lasts almost twice longer than the bus ride on the same destination, consider traveling by train only if time is not an issue for you.

Arena Zagreb, where the Championship will take place, is located in the southwestern part of the city. It was built for the World Men’s Handball Championship in 2009. Today, the Arena is used for numerous sports events, as well as concerts, exhibitions and conventions.

There are many options for reaching Zagreb Arena, by car, bus or tram. If you choose to go by tram, you can take the trams number 7 and 14 that will take to you Rotor and then you only have a 10 minute walk to the Arena. Alternatively, there is a bus line 234, which departs from the main bus terminal in Zagreb and runs every 25 minutes. The terminal is located about 3 km from the town centre. 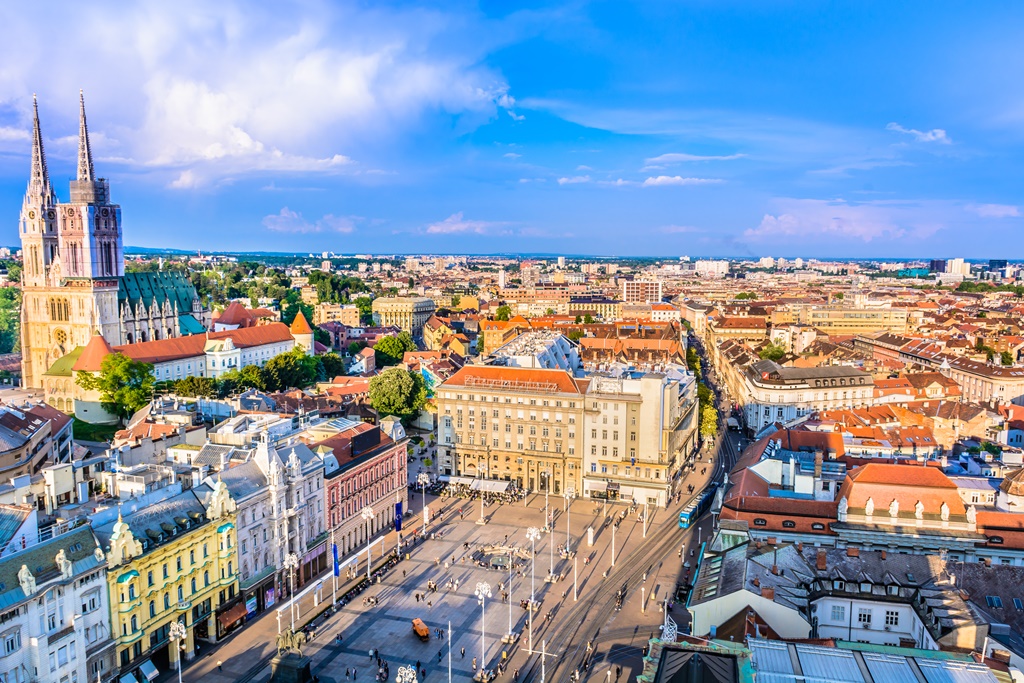 And finally, the group D includes the players from Spain, Denmark, Czech Republic and Hungary. Besides Zagreb, Varaždin will also host the Main Round Match. The games will be held from the 19th to 24th of January. While you are in Varaždin, which is one of the most beautiful continental towns in Croatia, you can check its historical core, which includes Baroque, Rococo, classicist and Secessionist houses. If you are more into spa activities than history, you should definitely visit Varaždin Thermae, which are located just a few kilometers from the city.

How to reach Varaždin:

The games will be played in an indoor Arena in Varaždin. The Arena hosts not only sports events, but also various championships, concerts and circuses. 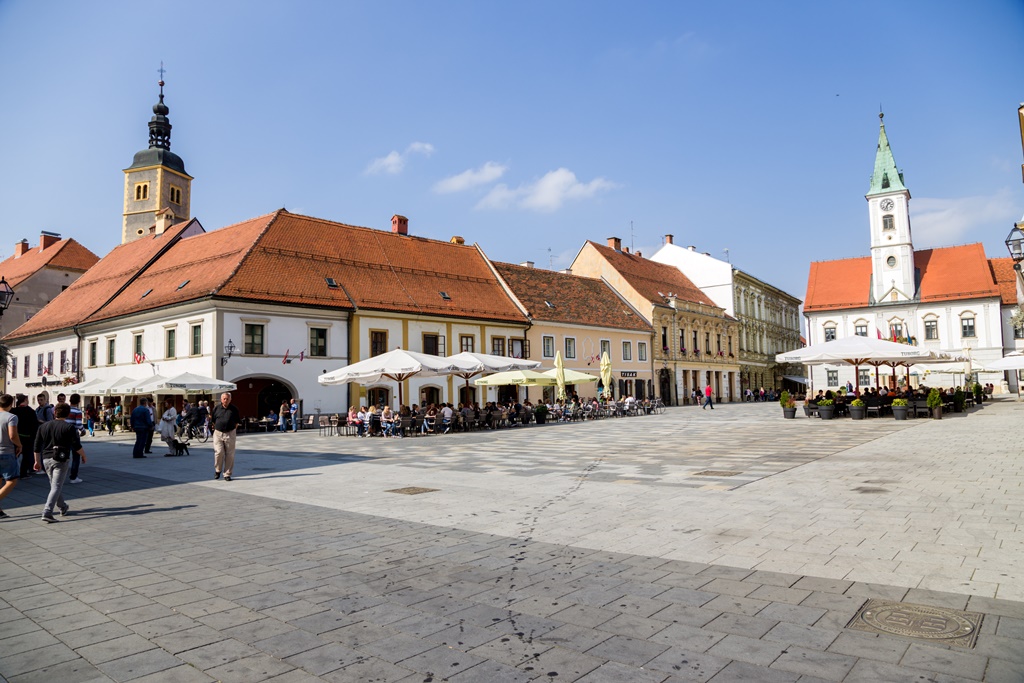 If you are traveling in a large group of handball enthusiasts, you should consider renting a bus. If you rent it prior to the arrival, the rental agency will be able to prepare all the details and advise you on the meeting and pick up points. You can find all the details on renting a bus here.

When purchasing the tickets for the Championship, there is one thing you should know: it is no longer possible to buy a ticket without specifying the exact name of the person who will be using the said ticket. We know this because we wanted to buy several tickets and then make a giveaway, which unfortunately was not possible due to the reasons mentioned above. Therefore, despite our best intentions, the only thing we can offer you this time is advice on how to reach the venue places and also how to make the most out of your visit to Croatia.