Things to do in Omis

As you already know, Dalmatian coast is one of the most beautiful coasts in Europe and it is no wonder each year more and more people decide to pick Dalmatia as their vacation destination. Apart from well known Split, people also visit this little gem not far away from Split as a part of their day trip. And even though it is small in size, Omis certainly has a lot of things to be proud of. From hiking up to fortress on the hill and paddling down the Cetina river to festivals and concerts – we’re sure you won’t be disappointed!

A visit to Fortica Starigrad Fortress

The people of Omis were always skillful sailors, especially from 13th to 15th century when they were controlling the ships sailing on Adriatic Sea. However, in order to do that they needed to build a fortress high enough to get an exceptional panoramic view. Fortica Starigrad is a fortress on top of hill above Omis and its only function was for strategic purposes. It served as a viewpoint to detect  pirates and stop them from potential invasion of the city. The people of Omis were so well prepared that they even had huge boulders ready to be thrown from the fortress in case someone wanted to attack the city. Luckily, there was never need for this move. 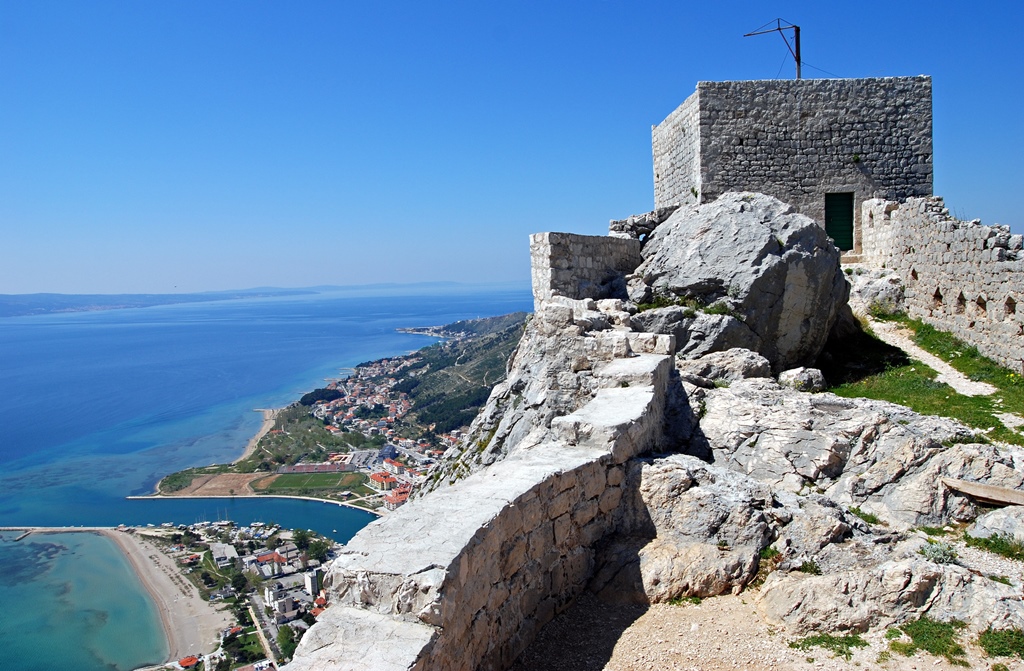 Another beautiful Romanesque fortress in Omis is situated on Peove hill, at an altitude of 200 metres. It consists of four floors and it has an exit on top which gives you spectacular view. Similar to Fortica, Mirabela served as a shelter to hide from the Turks in 16th century. There is even a legend saying that the people of Omis managed to scare away the Turkish invaders by intensive shouting and shooting that the invaders in the end decided to back down. 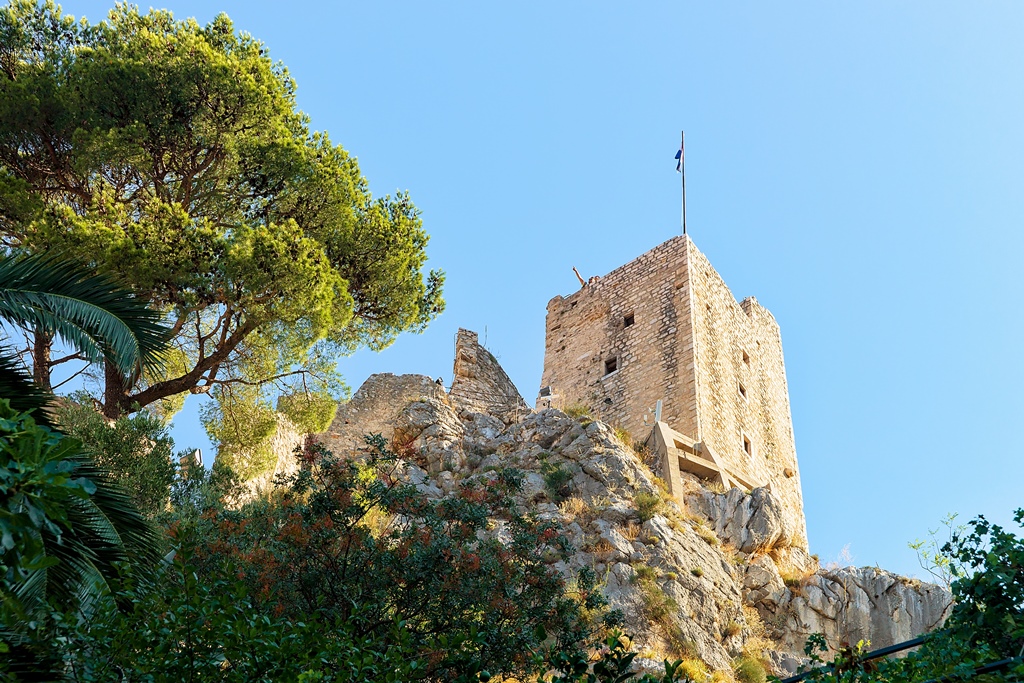 Good to know before visiting fortresses:

Compared to other towns and cities on Dalmatian coast, the old town core in Omis is not that big but there is still something to see. You can visit the main church in town – St Michael’s church from 17th century which has the coat of arms of Omis on its walls. There is also The City Museum of Omis where you can see how the old people of Poljica (hinterland of Omis) used to live and some of the best preserved Croatian jewelry and coins from Middle Age.

But probably the most interesting to visitors is to explore tiny streets full of souvenir shops and sit in restaurant after a long day of sightseeing and order some of the best traditional Croatian dishes, such as black risotto with cuttlefish or Dalmatian pasticada. 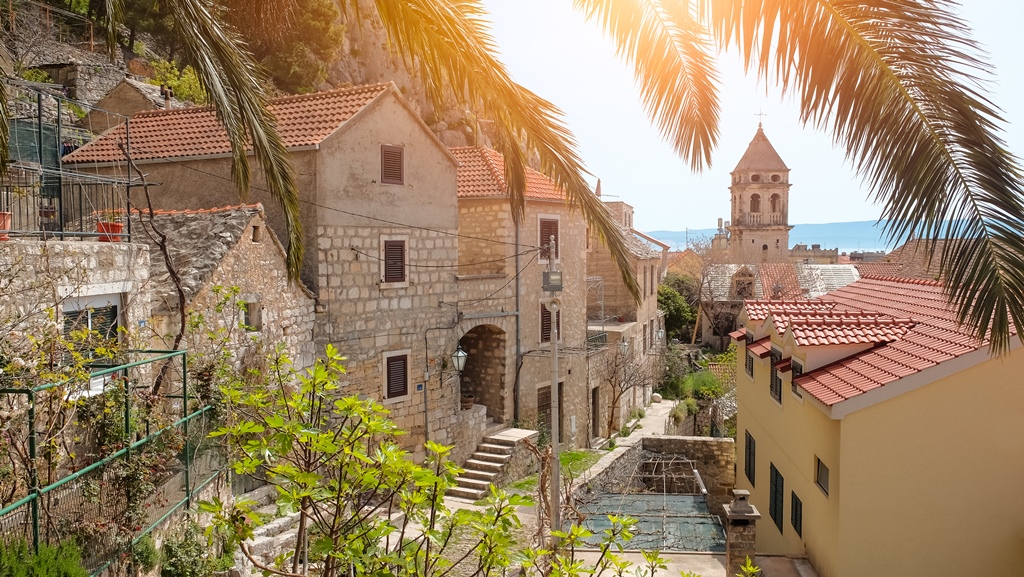 Feel the adrenaline of Cetina Canyon

Many tourists visit Omis to experience extreme sports in the canyon of river Cetina and most of them return every year for a new dose of adrenaline rush. You can pick between several activities:

Canyoning – If this is the first time you’ve heard of this term, don’t worry, there’s no jumping into canyon (unless you want that 😀 ). Canyoning is a mix of hiking,climbing and sliding down the waterfalls and it is very popular activity among the visitors as an alternative to rafting if you are not that good with paddling. 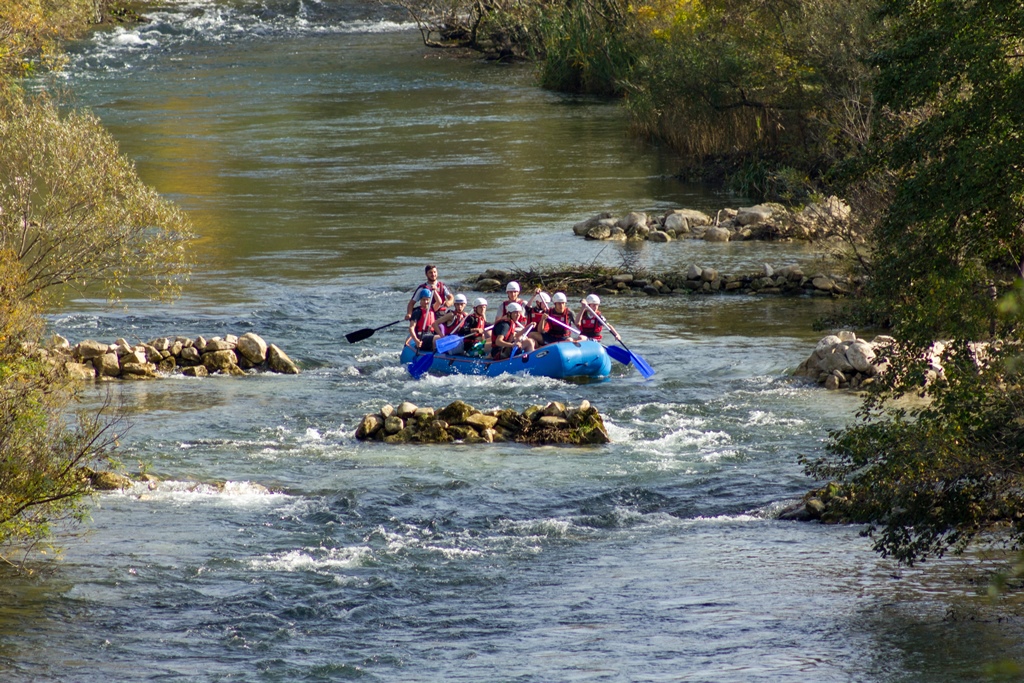 Zip Line – Even though there are several ziplines in Croatia, the first was installed over Cetina Canyon. If you are not sure what zipline actually is, it is a set of stainless steel cables with a pulley which moves you across the cable, with speed of even up to 65 km/h! It is truly something you shouldn’t miss while visiting the area. And what’s best, you don’t have to be in your best physical condition (which is desirable for canyoning and rafting). 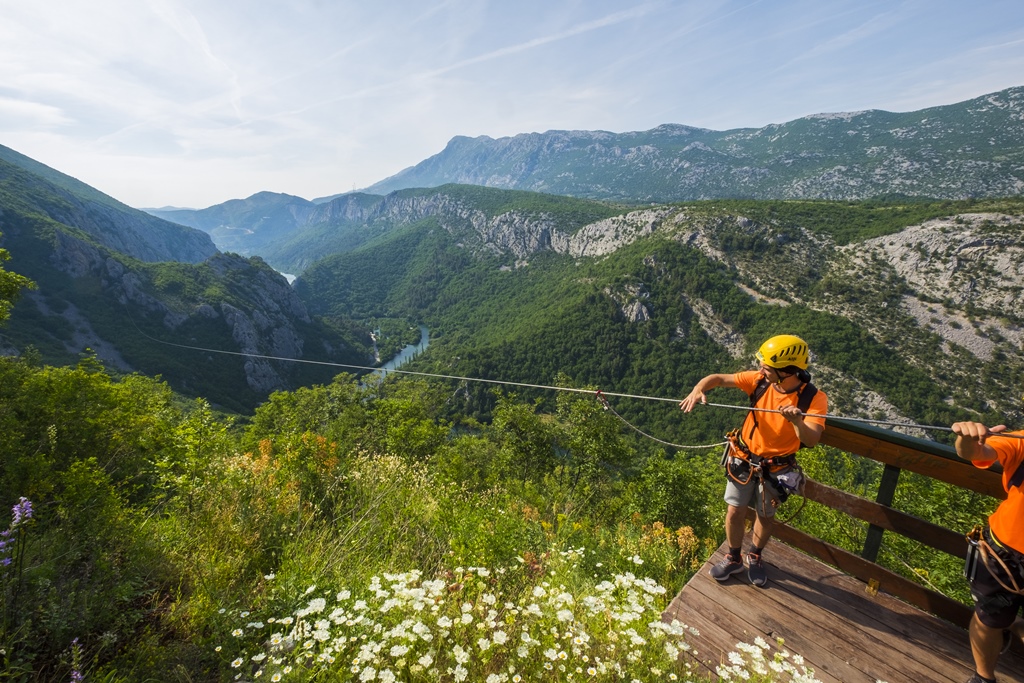 Omis is almost equally as live as neighbouring Split during summer season. There are plenty of festivals and shows you can visit and they are also very popular among the locals as well.

Omis Pirate Battle – Every year during August Omis helds a traditional event dedicated to famous pirate battle which happened in 13th century in Omis. The reconstruction of the battle is very detailed since there are in total around 100 participants with two sailing boats and ten smaller boats. On the day of the battle the majority of the locals wears pirate costumes and they parade through the Old Town all the way to the city port where the battle is held. 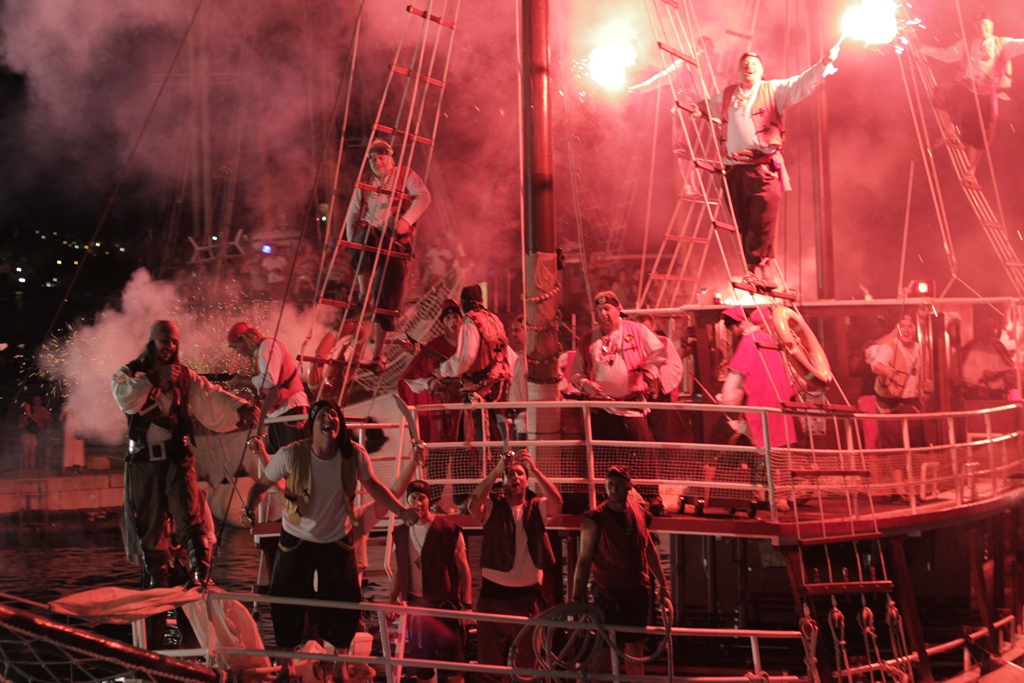 Festival of Dalmatian “klapa” – “Klapa” singing is autochthonous way of a cappella singing typical for Dalmatian region. It was even listed as UNESCO Intangible Cultural Heritage in 2012. The most prominent klapa festival is held in Omis where both female and male groups compete to win the title of the best klapa. 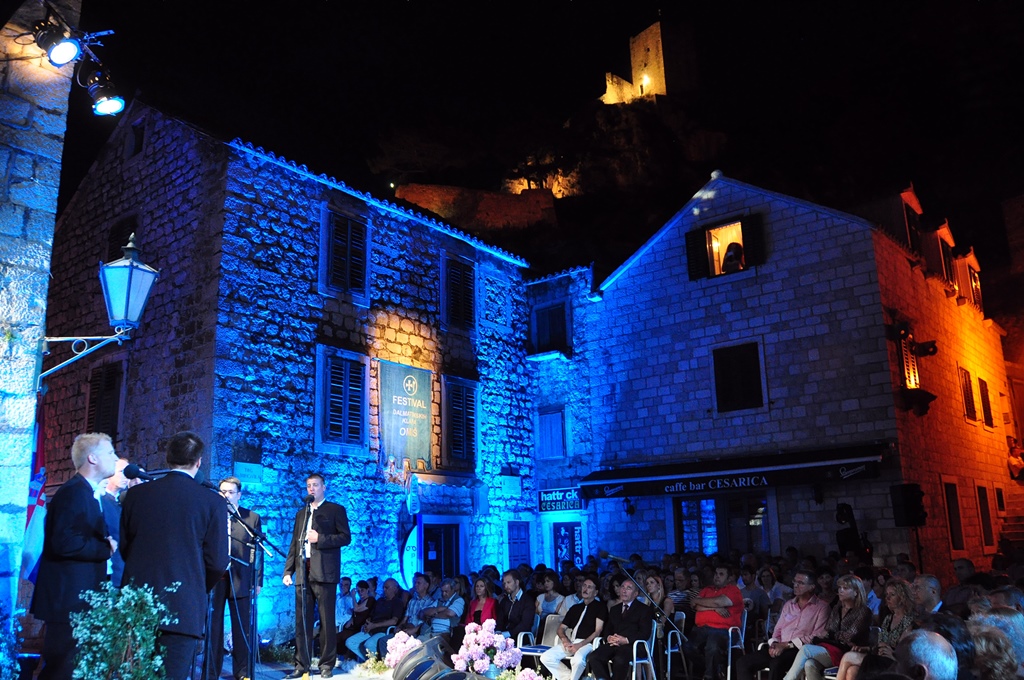 Omis Summer Treat Festival – This is the festival you definitely don’t want to miss. Omis Summer Treat Festival is relatively new since the first one was held this year, but the local tourist board hopes to make it into a tradition. It lasts for two weeks and during that time visitors have the chance to try out the local cuisine and specialties such as soparnik (pie filled with Swiss chard, onions, parsley and olive oil) while watching local folklore groups dancing and singing. Each night during that two weeks there is some kind of event happening so there is everything for everyone (kid art workshops, concerts, live soparnik preparation, etc.)

How to get to Omis: