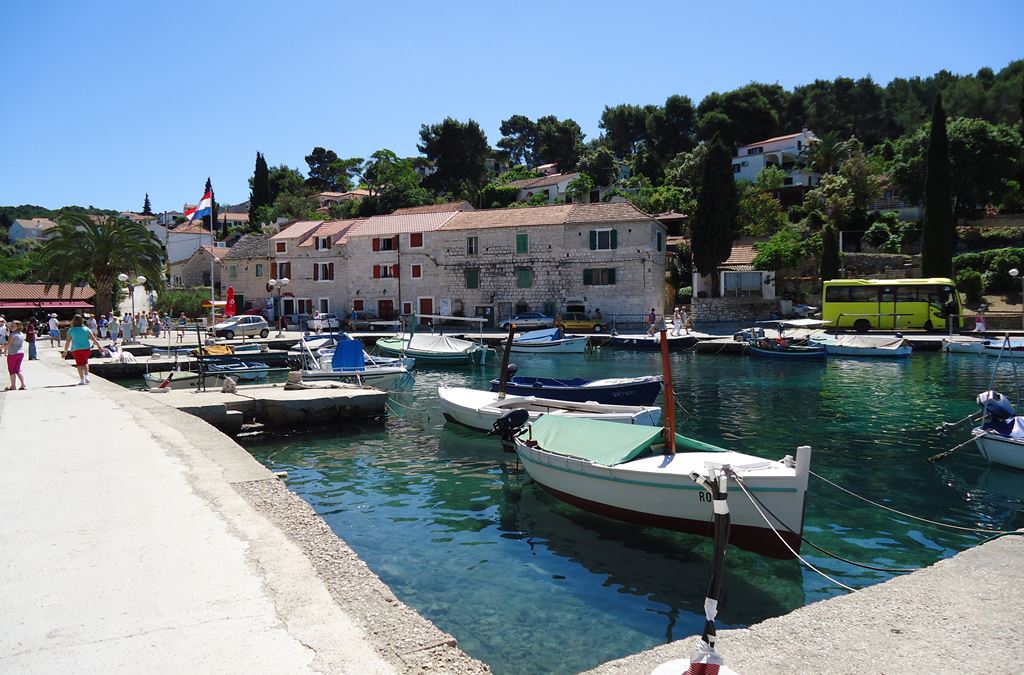 Island Šolta, just off the coast by Split, is one of the less know holiday islands on the Croatia coast, nevertheless it is for sure a place worthwhile considering, especially if relaxing is the main goal of your stay.

The Island is reached with ferry of catamaran from Split, which sail to the town Rogač on the west side of the island. If you visit the island without a car, you can get around using public transportation.

As Šolta is a relative small Island, there are only two bus routes operating on the island.

This route drives from Rogač to Stomorska on the other end of the island on the way the bus stops in Grohote, Nečujam and Gornje Selo. Same relations to the ferry arrival and departure also apply to this route. 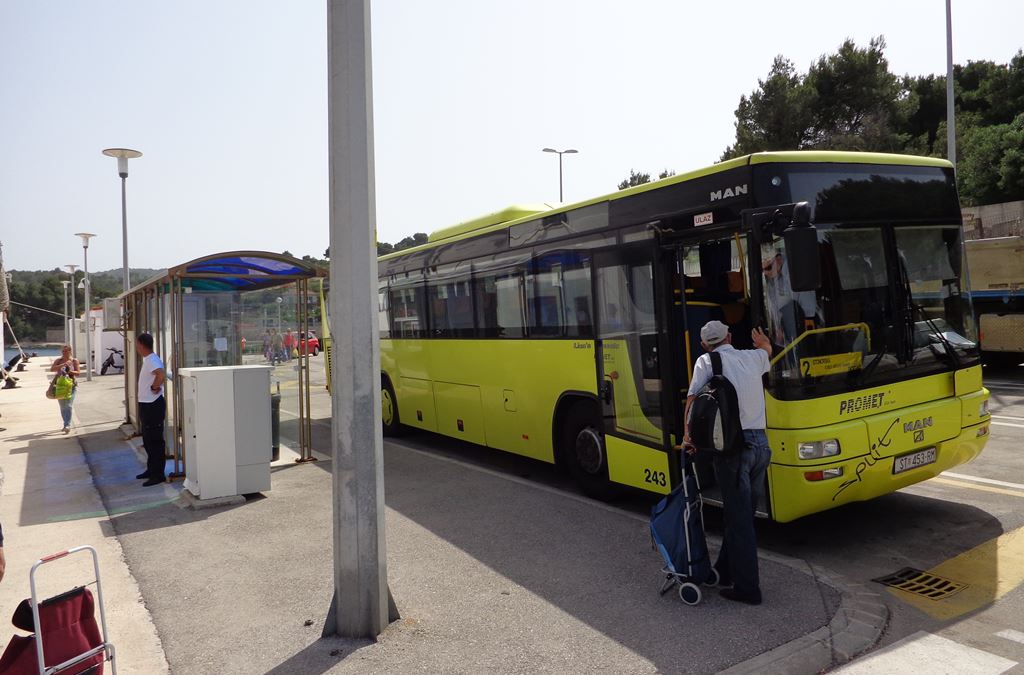 Price for buses on Island Šolta

As the buses on the island is operated by the city bus company from Split – Promet d.o.o the price is according to their general tariff system, which means that a one-way adult ticket cost between 9 and 12 Kuna, children under 6 travelling with adults is free. Luggage for the hold cost 5 Kuna per piece.

Tickets are purchased from the driver upon entering the bus; you can only paid ticket in cash, so make sure to have small Kuna notes and coins ready.

As all cities on the Island are relative small, there are no bus stations on the island just marked (or unmarked) bus stops in the cities.

The bus stop in Rogač is located at the peer where the ferry and catamarans arrive; the bus stop has a shelter, so waiting there on rainy days is also possible.

In Grohote the bus stop is located in the crossing where the road from Rogač and the roads from Maslinica and Stomorska interconnect. On one side of the road the bus stopping location is marked with yellow paint on the road.

In Maslinica you will find the bus stop by the seaside (Put Sv. Nikole), just a few metres from the entrance to the Martinis Marchi Heritage Hotel. 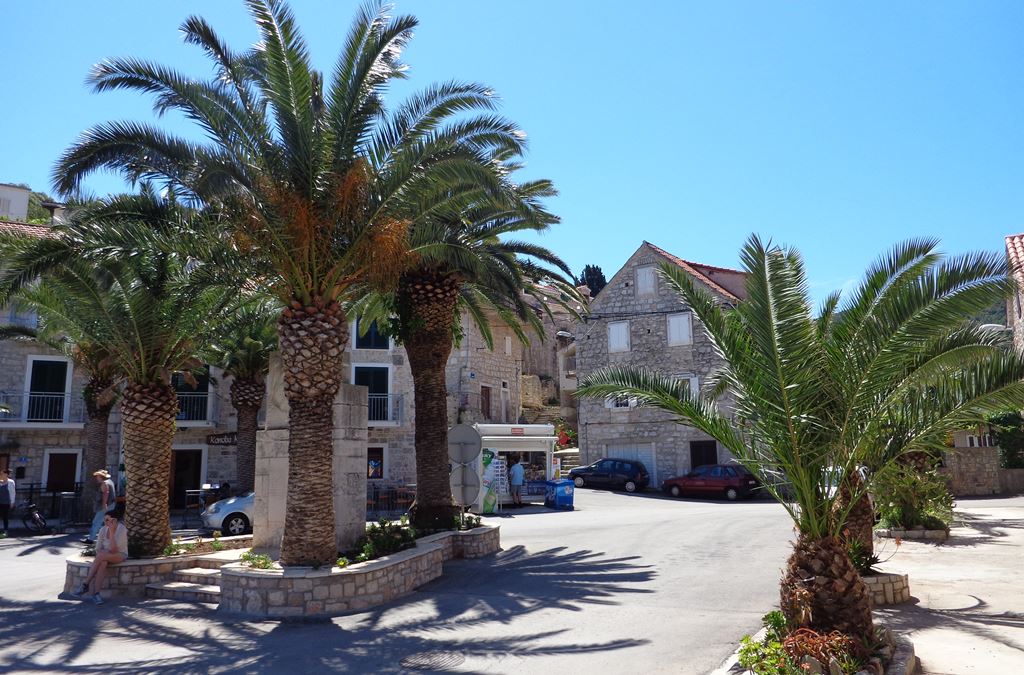 In Nečujam the bus stop is located where the road reaches the main beach; the stopping location is marked with yellow paint on the road, so you really can’t miss it.

In Stomorska you will found the bus stop by the roundabout at the end of harbour, which is the central spot in town.