As the biggest Croatian island Cres is well known among tourists. Most popular places to visit on the Island are Cres Town and Lubenice beach. Visiting Cres is convenient as the island has quite a few car ferry and fast catamaran ferry connections with Rijeka as well as with neighboring islands and Istria.

When visiting an island without a car, you can either walk (which is pretty much a challenge considering the size of Cres), take a taxi or use a public transport, which is the cheaper option, since taxi price can be a bit spicy.

During the summer season, the connections are more often, but the public lines are available throughout the year. However, the island is well connected on daily basis to big Croatian cities like Rijeka and Zagreb via the island of Krk, as well as to Veli and Mali Lošinj.

In general bus arrivals and departures are adapted to the ferry lines of Cres’ four ferry ports.

Bus routes on the island of Cres: The most popular routes are from Mali Lošinj and Veli Lošinj, running about 10 – 15 times a day, depending on the season.

In case you are traveling from the capital, Zagreb, or from Rijeka, you can rely on the bus connection since it goes to the island three times a day. The bus lines and their schedules: Zagreb – Cres, Rijeka – Cres. 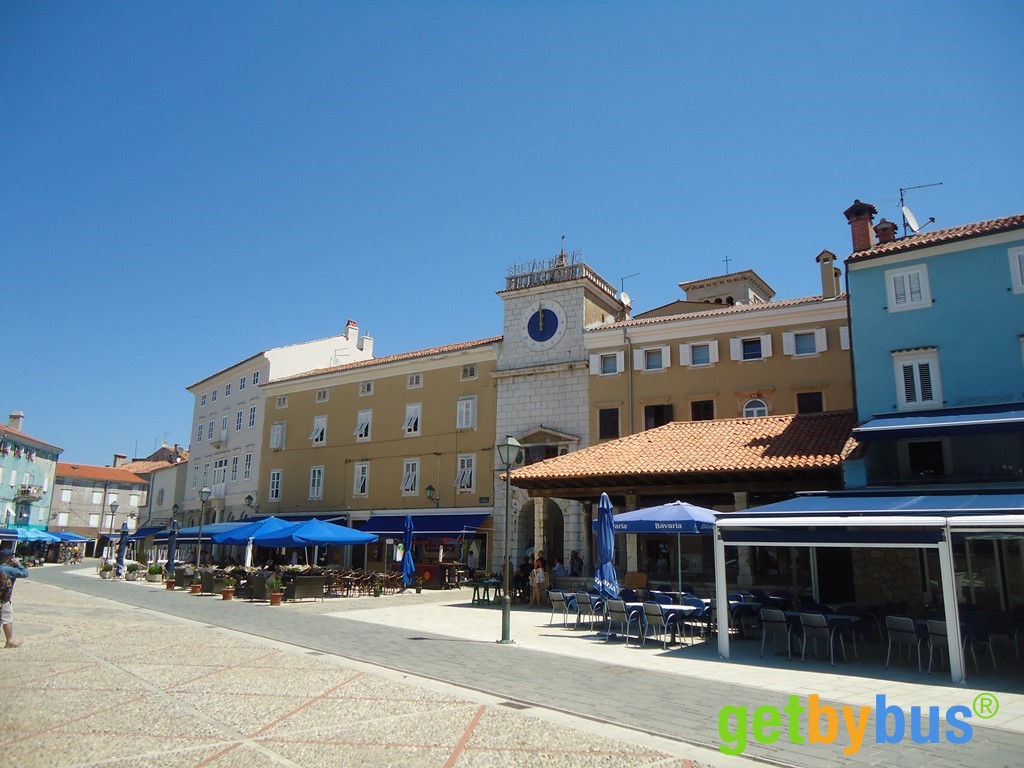 Apart from national lines, you can travel abroad too, in Postojna Cave and Ljubljana, Slovenia, Trieste in Italy and Vienna and Graz, Austria.

Prices for buses on the island of Cres: The ticket price varies from 20-40 kunas per direction, depending on the route. The children pay reduced price. You can purchase the tickets Online, on the bus station(In some cities), in tourist offices or from the driver, but make sure he issues you a printed ticket from his ticket machine.

Bus station and bus stops at the island of Cres: