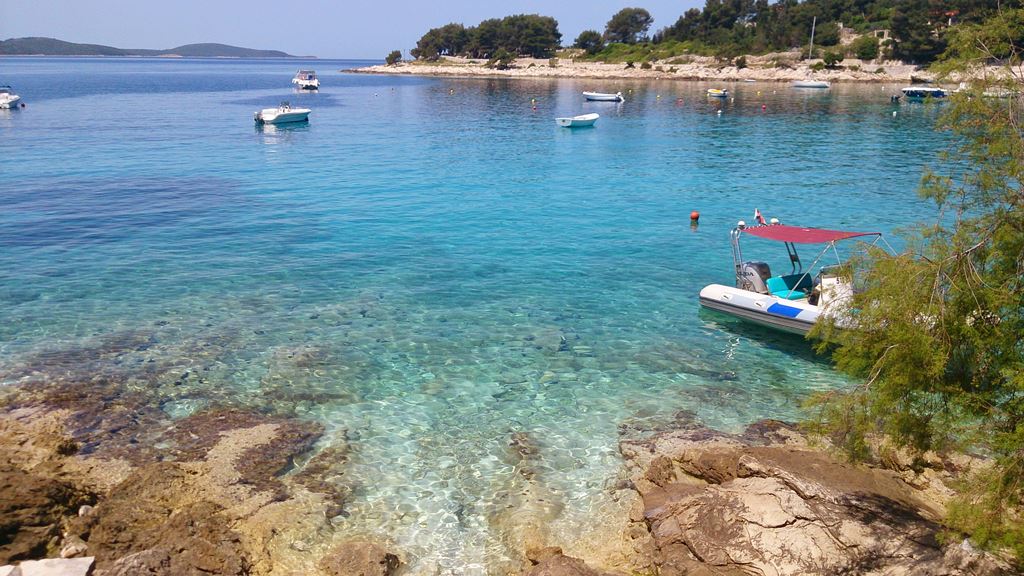 If you are visiting Island Brac without a car, but still wish to explore the island, you of course have the option to get around by taxi, but as this is quite pricy you might want to consider using the public buses.

Public buses connect more or less all cities on the island. The timetable varies depending on time of the year, during summer there are more buses. You can find schedule for some of the most popular routes like Supetar – Bol using the search form on Getbybus.com. In general bus schedules on the island are adapted to fit the arrival and departure of the ferries between Split – Supetar and Sumartin – Makarska, usually you will find printed schedules at the local tourist boards.

The most popular route from the Island drives from Supetar, via Nerežišća and Gornji Humac to Bol, during summer season there is more than 10 daily departures on this route.

Another popular route goes from Supetar via Splitska, Postira, and Pučišća to Selca, Povlja and Sumartin, this route drives 3-4 times daily during summer season.

The bus from Supetar to Milna, goes via Sutivan and Ložišća, this route runs at least 5 times daily during the summer season.

Between Supetar, Splitska and Postira there is more than 10 daily bus connections in each direction, year around.

Prices for buses on Island Brac:

In Supetar you can buy the ticket at the bus station, in Bol, Milna, Postira and Pučišća local tourist offices next to the bus stop are selling tickets. For other towns you can by ticket on the bus, make sure that the driver issues you a ticket from his handheld ticket device.

In Supetar the bus departs from the bus station, which is located about 100 metres from where the ferry from Split docks, so even if you carry luggage, you will have no trouble walking there. You can check exact location here.

In Splitska the bus stops on the main island road (Marked bus stop on each side of the road), which is about 400-500 meter walking distance from the city centre. If you are heading for the village Škrip, you have a bus stop 200 – 300 meter before reaching Splitska. (GPS see here)

In Postira, the main bus stop is located by the roundabout in the city centre; in addition there are also stops at the main road, by both roads leading to Postira. (GPS see here) 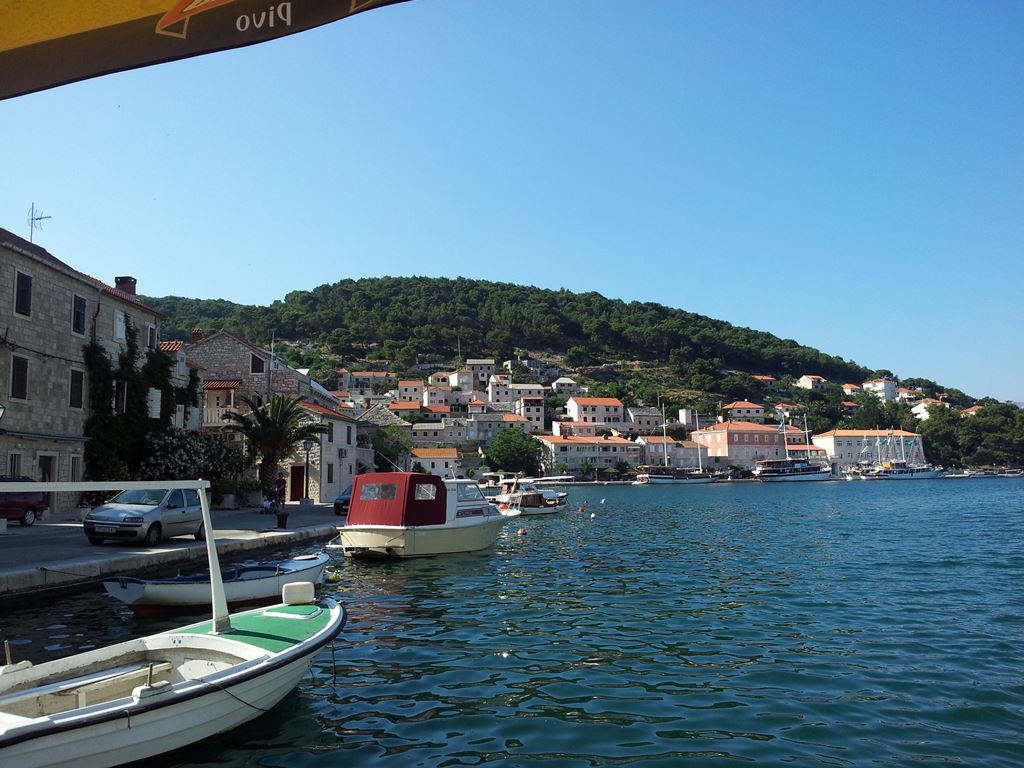 In Pučišća the main bus stop is located at a larger parking lot, situated approximately 150 metres from the city centre, as the streets in the town are quite narrow, the bus returns the same way out of town as it entered. (GPS see here)

Gornji Humac is situated on the middle on the island; the bus stops are located on the main road from Supetar, just before the crossing where travellers can continue to either Bol or Povlja / Sumartin. (GPS see here)

The bus stop in Bol is situated at the seaside in the centre of town, from the bus station there is about 1.5 km walking distance to the famous golden tongue beach. You can see GPS location of the bus stop here.

The bus stop in Selca in located by the main road crossing where one road leads to the centre of town, another towards Sumartin and a third direction Povlja. From the bus stop there is about 400 metres to the city centre.

In Sumartin the bus stop is located where the ferry docks which makes it easy to continue the travel to other destinations on the island. Daily there is also bus from the mainland (Split and Makarska) which travel with the ferry to the island. 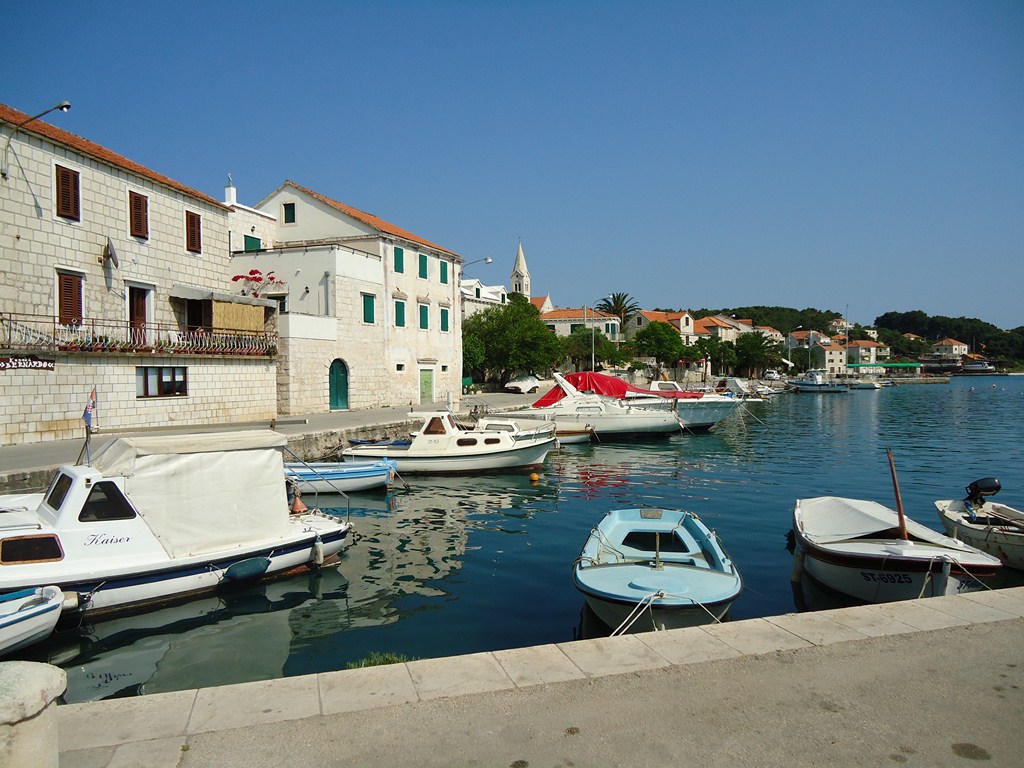 In Povlja on the south eastern side of the Island, the bus departs from the seaside, next to the post office in the centre of town.

In Milna on the western side of Island Brac, the bus stop is located at the seaside, just next to the entrance to the ACI Marina and the start of the waterfront promenade. You can see GPS location of the bus stop here.

In Sutivan there are several bus stops, close to the centre is the stop at the Vukovarska ulica, which is less than 100 metres from the seaside, another stop is located at the Ulica hrvatskih branitelja close to the Konzum supermarket. Additionally, there is bus stop on the main road, location of all stops you can see here.