Hungary is a country of stunning architecture, thermal spas and worldwide famous cuisine. And while Budapest steals the spotlight for a good reason, Hungary is much more than its magnificent capital. To experience the authentic Magyar culture and tradition, head to one of its less crowded places and prepare to fall in love with this country. Here are some of the best small towns in Hungary you should visit!

If visiting Budapest and looking for a perfect day trip, then Szentendre is the easiest option, only about 40 minutes away. This charming town lies on the Danube River as well and offers a great escape from the crowded capital. Szentendre is known for its museums, most notably the Open-Air Ethnographic Museum, as well as amazing Hungarian cuisine. The town is filled with many not-to-miss sights such as Blagovestenska Orthodox Church, Szántó Memorial House and Czóbel Park.

Getting to Szentendre from Budapest is easy via public transport, but the best option is to cruise the river and enjoy the scenery. 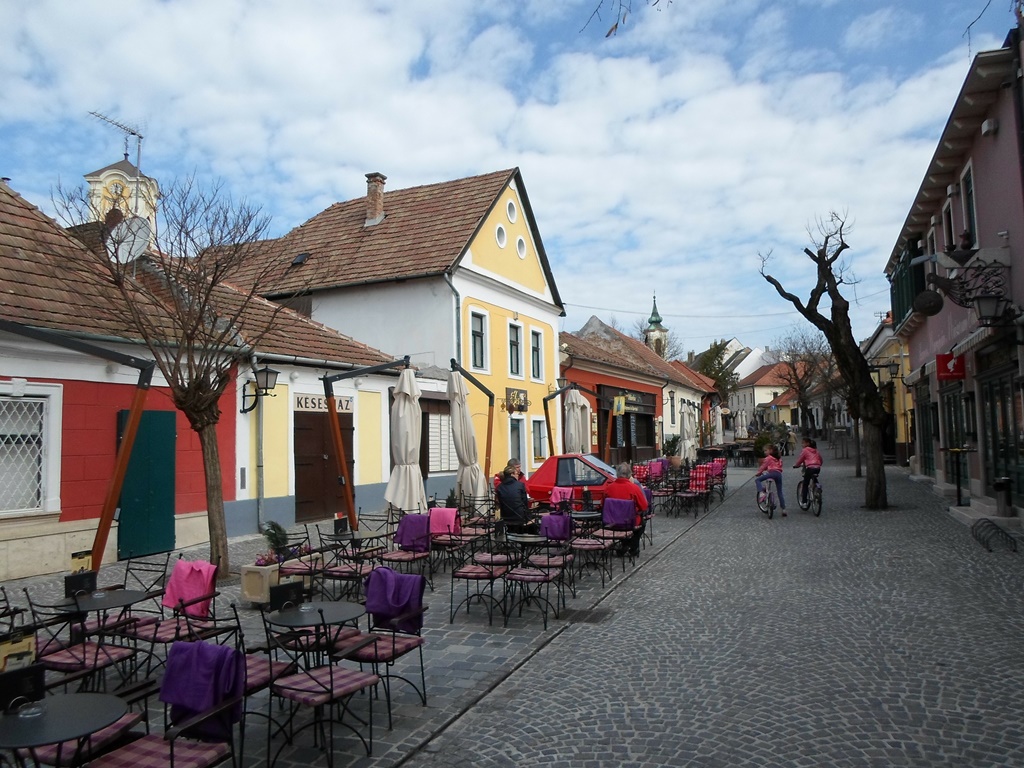 The fifth-largest city of Hungary is located close to the border with Croatia. It is around 2000 years old, rich in culture and history. The city has a Mediterranean vibe thanks to the different nations settling the city such as Turks. As a result, you will be able to see sights of different cultures, from Christian mausoleums and cathedrals to Turkish baths and mosques. Among these are Sopianae Early Christian Mausoleum, Pécs Cathedral, Mosque of Pasha Qasim and the Bath of Pasha Memi. Pécs is also well-known for its Zsolnay ceramics which you can explore in Zsolnay Museum and Zsolnay Cultural Quarter. The heart of the city is the Király Street, filled with restaurants, cafes and many more cultural spots to keep you busy all day long. 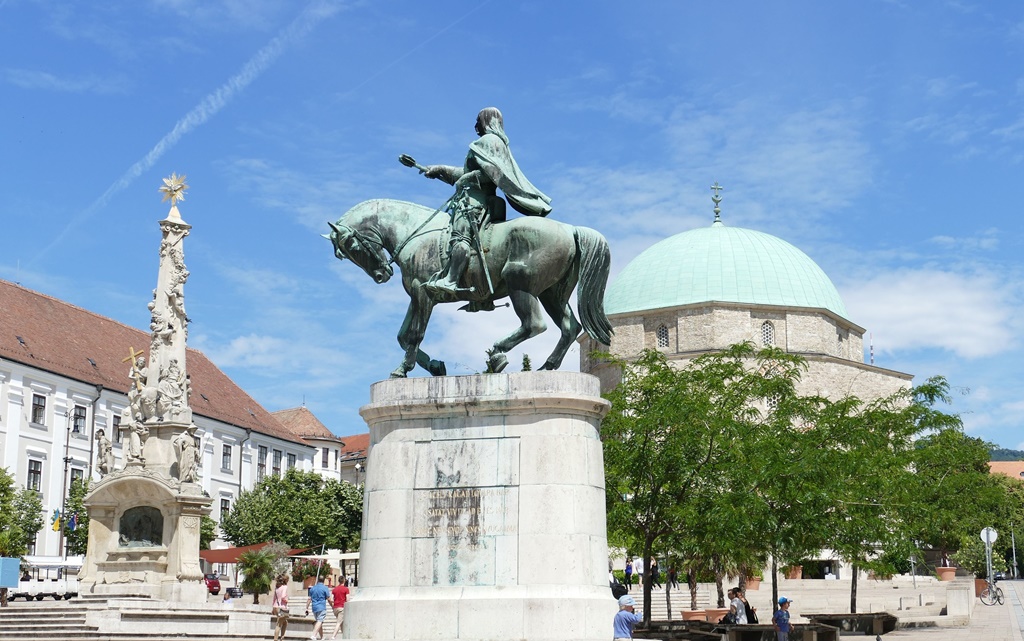 Sopron is a great idea for a day trip from Vienna as it is only an hour away. The city has a long history of different nations and cultures reflecting in its rich architecture. Its well-preserved Old Town (Belvaros) consists of must-see sights such as medieval Town Walls, the iconic Fire Tower and the beautiful Goat Church. Wander freely through its cobbled streets as they take you to many more interesting places to see. For more knowledge about Sopron’s past, head to Storno House, Pharmacy Museum or Fabricius House. Besides, Sopron is a very famous vine region as well. The production of wine includes both red and white wine with the most common grape sorts being Kékfrankos and Traminer. 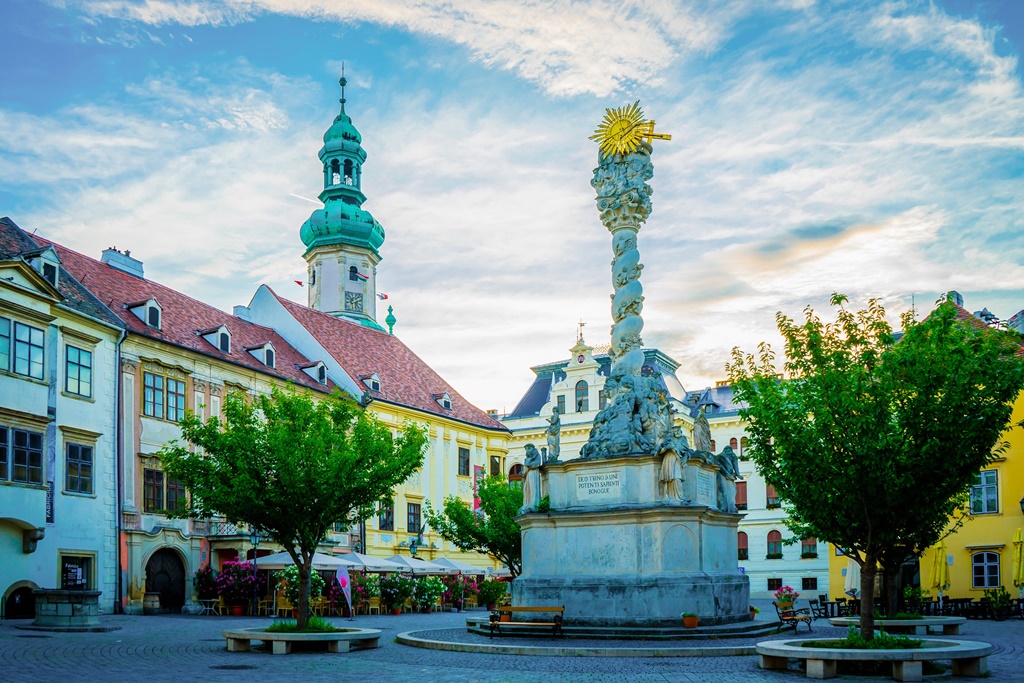 Eger is a wonderful way to meet Hungary away from its capital. The city’s huge influence of the past is evident in its today’s look. The long history with the Turks allows you to visit Turkish Baths and the last existing minaret in the city. Other historical sights include Eger Castle built to fight Mongols and many preserved Baroque buildings, the most famous one being Lyceum, the main university building from the 18th century. Eger is also known for its wine, especially Egri Bikaver (Bull’s Blood), which you can taste at the Valley of the Beautiful Woman. If looking for an escape in nature, the nearby Bukk National Park is less than an hour away. 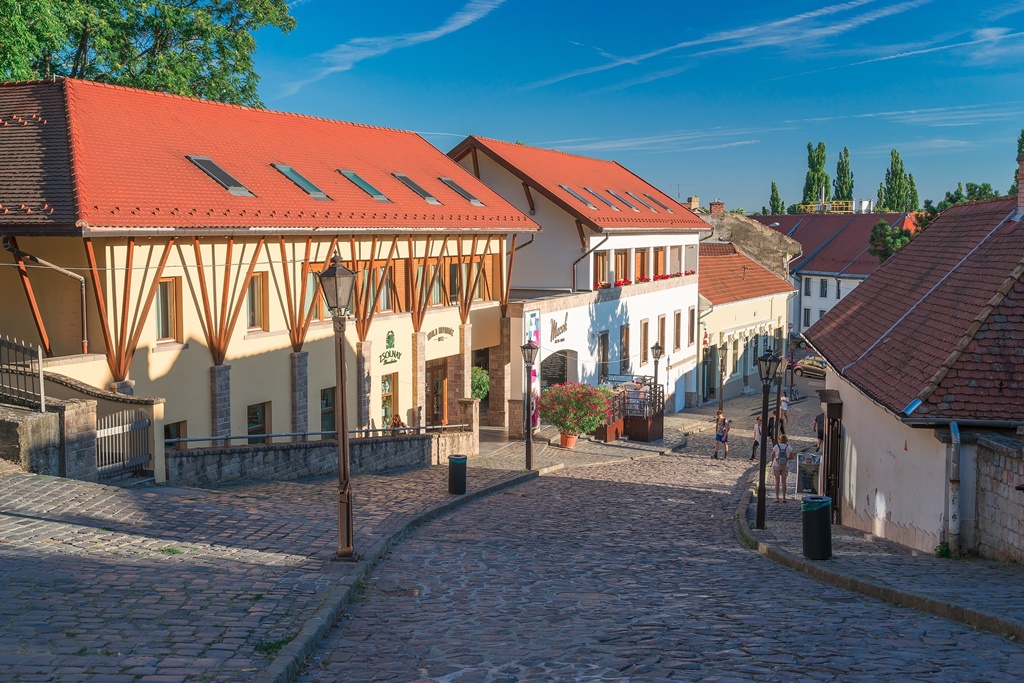 Another great idea for a day trip from Budapest is Visegrad, only about 45 minutes with a train from Nyugati train station. As the train arrives on the side of the Danube River opposite to Visegrad, reaching the city continues by ferry. Visegrad combines a charming town and lots of nature. The area is covered in trails which is the best way to explore it. One of the most remarkable sights after which the city got its name is the Citadel, literally a ‘high castle’ on top of a hill. Other interesting things to see include the summer bobsleigh and King Matthias Museum, a former Royal Palace. 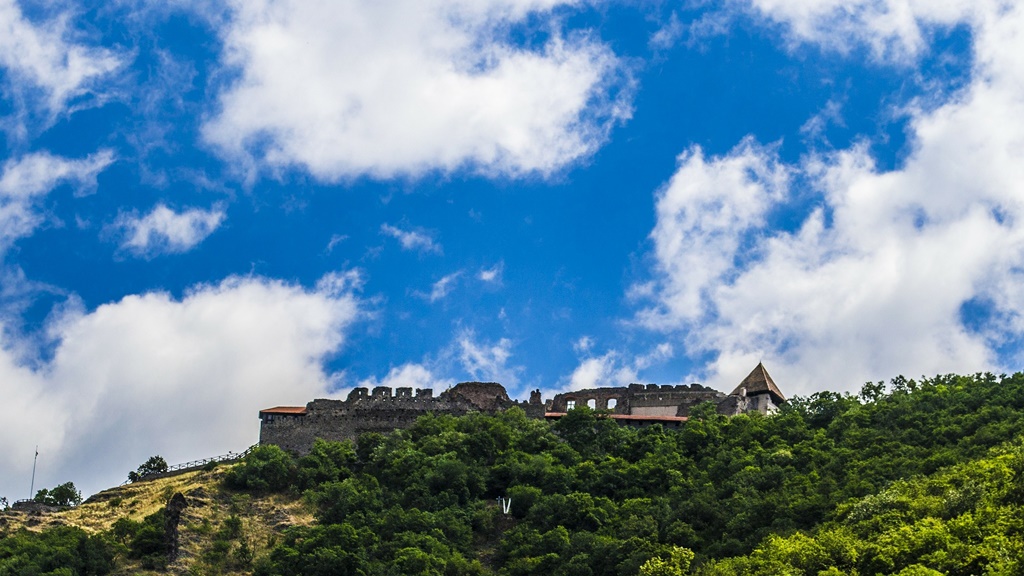 Tapolca is a charming town located close to Lake Balaton. This town has a unique attraction in the centre – a Lake Cave which you can visit as a part of the guided tour or alone. Another attraction is located close to the cave system and that is a picturesque Mill Pond. This romantic place contains bars and restaurants where you can enjoy the gastronomic side of Hungary. Close to Tapolca proudly rises Szigliget Castle on the top of a hill, well worth the hike! The remains of the castle are more than 750 years old and today it is used for various events and manifestations. 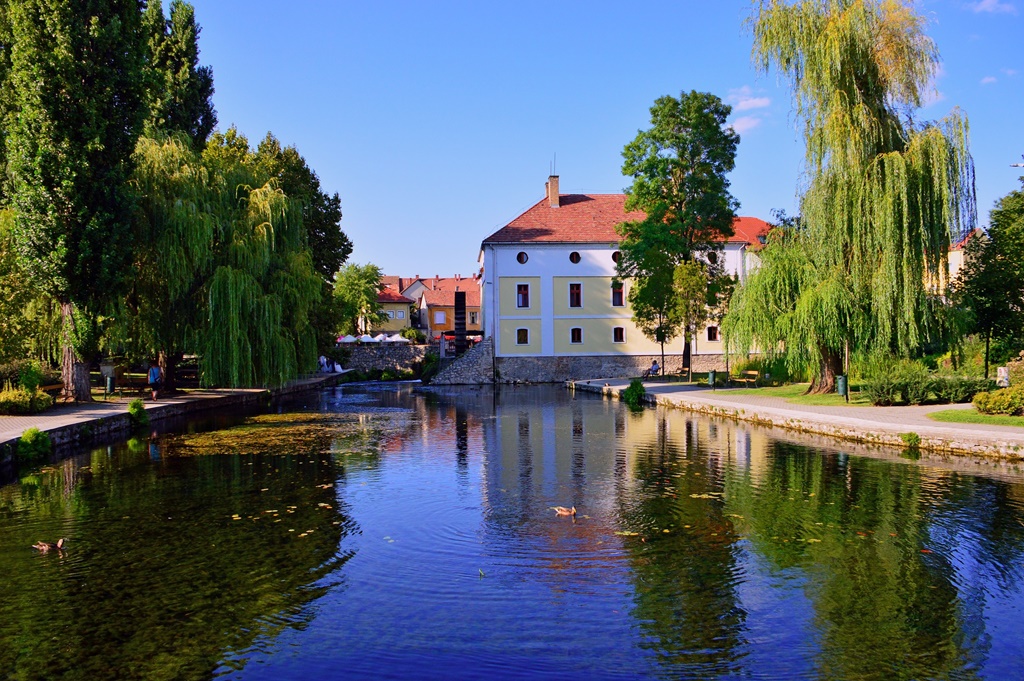 Although the fourth-largest city in Hungary and the industrial zone, Miskolc has the charm which makes it well worth a visit. One of the biggest attractions is definitely the Cave Bath. The complex is set in a natural cave and consists of indoor and outdoor pools with thermal waters from the Bukk Mountains. Another huge attraction is the resort Lillafüred and the Forest train. This resort has the most picturesque scenery in the area with its terrace gardens. The train goes through pure nature and lets you explore the Miskolc Zoo and other sights. On the other hand, the city centre abounds in museums, cafes and restaurants, as well as the famous wine cellars hundreds of years old. 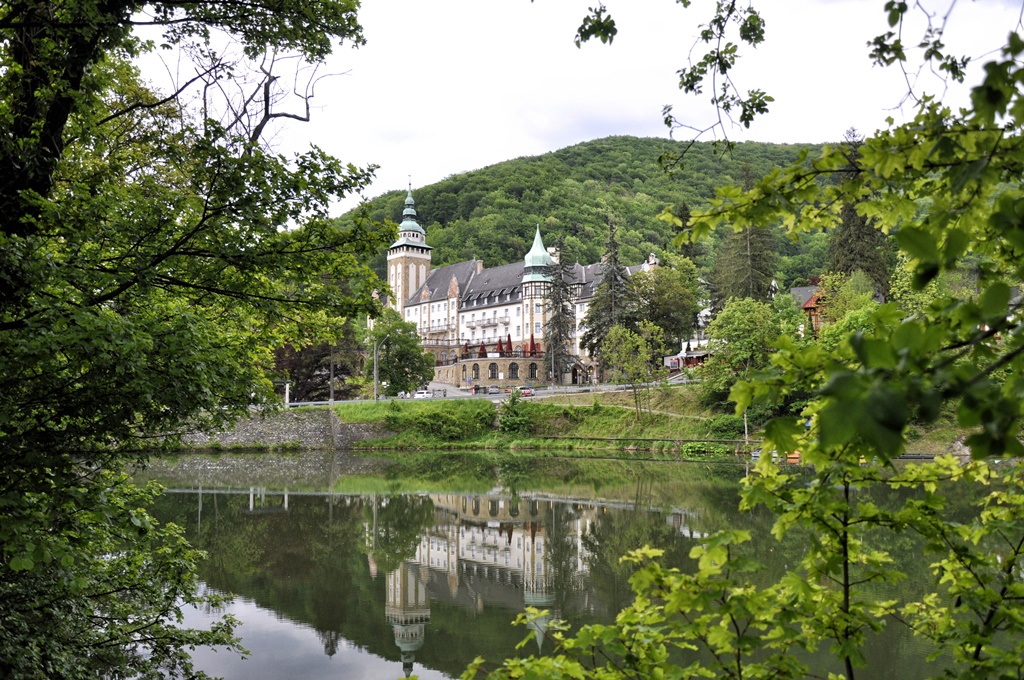 The city of Esztergom was once a capital of Hungary and a place where Stephen I., the first king of Hungary, was crowned. Sitting by the Danube River, Esztergom is another great escape from Budapest. The most eye-catching sight is the Esztergom Basilica that rises above the town. Next to the Basilica lie the Royal Castle Palace and the Castle Museum that also lead to Saint Stephen’s room, the best-preserved space from the 12th century. Another place to see is the colourful Old Town (Vizivaros) where multiple cultures exchanged during the past. Visit the Museum of Christian Art and several more important sights in the area. Just like Budapest, remember to explore the city at night as well, when all the sights are bathed in golden lights. This also includes the Dark Gate, an illuminated tunnel that leads to a huge wine cellar. 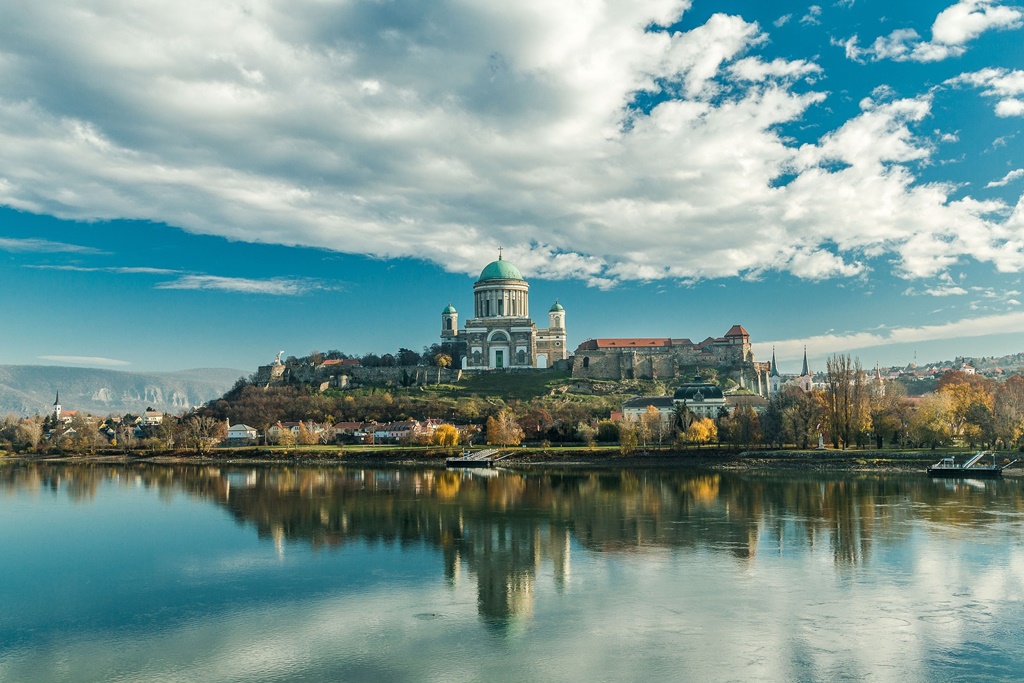 Hollókő is the best-known Hungarian village thanks to the fact that it has been included on the list of UNESCO World Heritage Sites. The village is of extreme importance because it is a well-preserved example of a Hungarian village dating back to the 17th century. Therefore, the village presents the authentic rural Hungarian life of the past centuries. Hollókő is a place of stunning landscapes so most attractive activities include hiking and cycling. Spotting a wild animal is also a very common thing. There is also a castle upon a hill dating back to the 13th century, an ideal hiking destination.

Reaching Hollókő is possible from Budapest by bus. 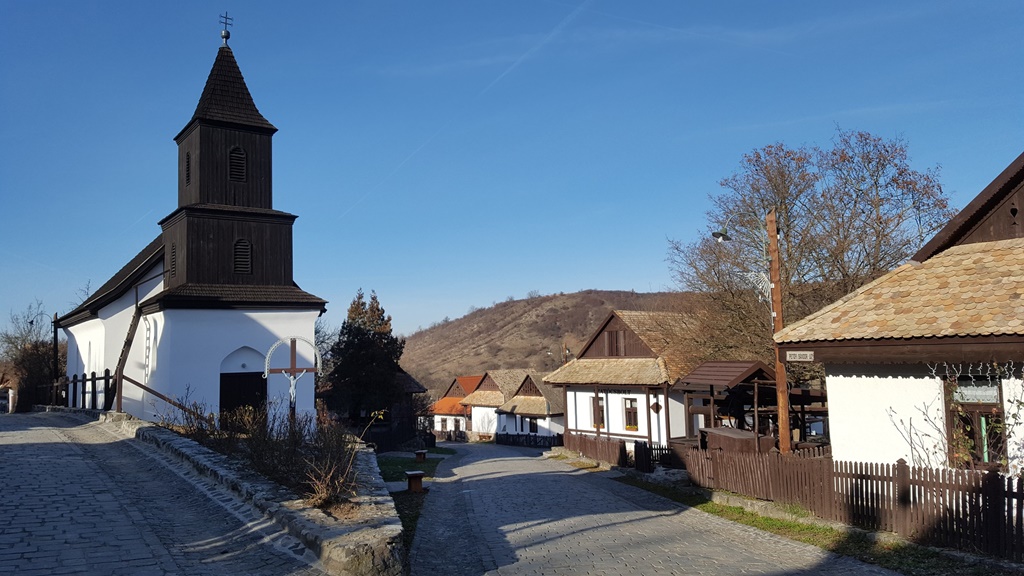 Just 30 km from Budapest lies a hidden gem named Gödöllő. The town’s main attraction is Gödöllo Royal Palace or Grassalkovich Castle, the beautiful Baroque palace open for public. The palace is a former home of Emperor Franz Josef and Queen Elizabeth, today you can schedule a guided tour to visit it. Being referred to as a city of parks, you will find plenty of gorgeous green areas around Gödöllő. Most other sights are situated in the walking distance from the royal palace, including the Town Museum of Gödöllő and Szent István Egyetem.

Getting from Budapest to Gödöllő is easy by public transport, including a tram, a train and a bus. 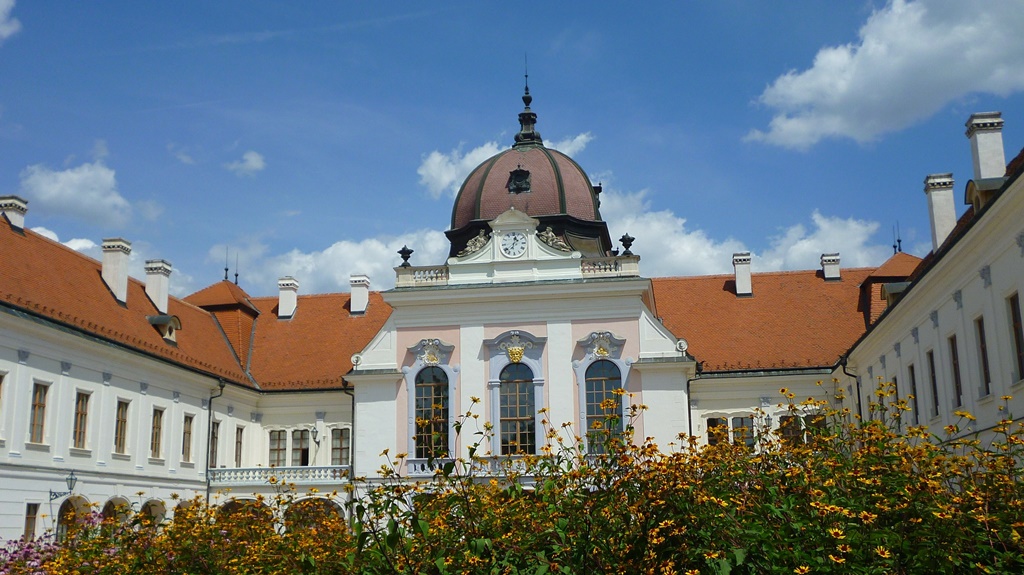