The city of thousand spires has always been among the most favourite tourist destinations in Europe. Stunning architecture, excellent food and cheap prices – what more could you ask for? However, Czechia offers many more attractions and if you have extra time, make sure you go on one of these most popular day trips from Prague! 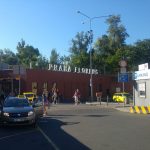 Only a 40-minute drive from Prague is situated the magnificent Karlstejn Castle. The castle was built in the middle of 14th century and it primarily served as a “safe” for  the crown of Emperor Charles IV. You have the possibility to choose between three guided tours: First tour takes you through the history of cold-blooded knights and emperor’s private quarters and chambers with crown and other valuables. Second tour regards only jewels of the Holy Empire and third one includes the 3rd, 4th and 5th floor of the Great Tower which gives you the opportunity to get the best panoramic view of the countryside.

How to get to Karlstejn: 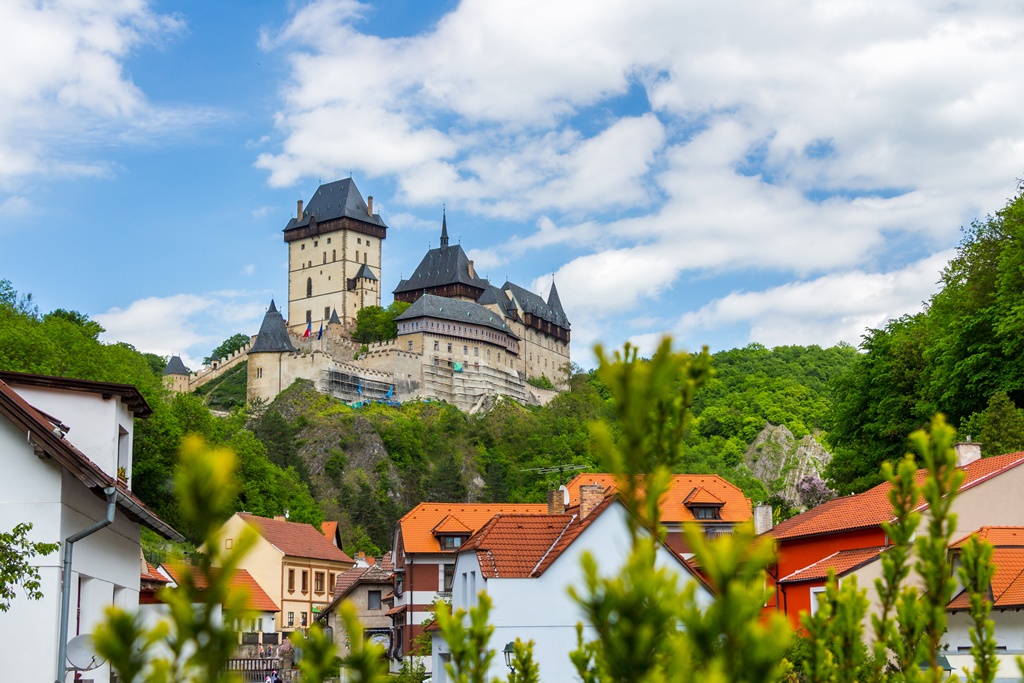 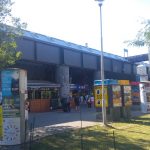 If you want to learn something extra about the history of one of the largest concentration camps from World War II then definitely don’t miss this trip. The tour is led by a professional tour guide who will explain each and every detail you will see walking through the camp. Terezin was initially founded in the 17th century to protect Prague from invaders but during WWII it was converted into a Jewish ghetto and thousands of people were killed during that period. You can either visit Small Fortress or Ghetto Museum, or both of them and Magdeburg Barracks. The first will cost you 175 CZK (145 CZK for reduced ticket) and the second 215 CZK ~ 8€ (165 for reduced ticket). There is also possibility of having guided tours in Czech, English, German, Russian and Italian.

How to get to Terezin: 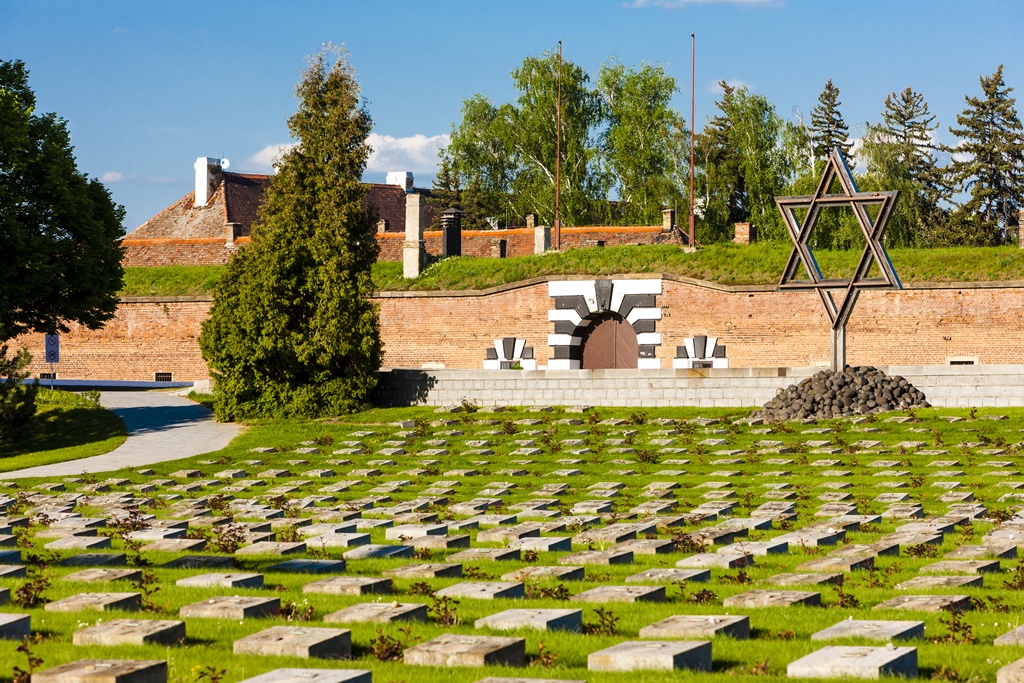 Cesky Krumlov is a town in the South Bohemia region and it is situated on both banks of the Vltava river. The old historic town centre has remained intact for centuries and it is an example of how towns in Central Europe used to look like during Middle Ages. Thanks to the preservation of the town centre and its labyrinth-like streets, Cesky Krumlov was included on UNESCO World Heritage Site list in 1992. The most iconic symbol of this town is  Cesky Krumlov Castle which dominates the historic core. The Castle is actually a complex of buildings and palaces, five courts and a park so you can choose which parts you want to visit (see here possible tours). The other most significant structure is definitely St Vitus church from 13th century. Climb up to the top of the church tower and get the most spectacular view of the city. For those more adventurous, we recommend visiting Museum of Torture which shows how criminals were punished throughout the centuries – some of the methods and instruments are particularly horrifying, yet extremely creative!

How to get to Cesky Krumlov: 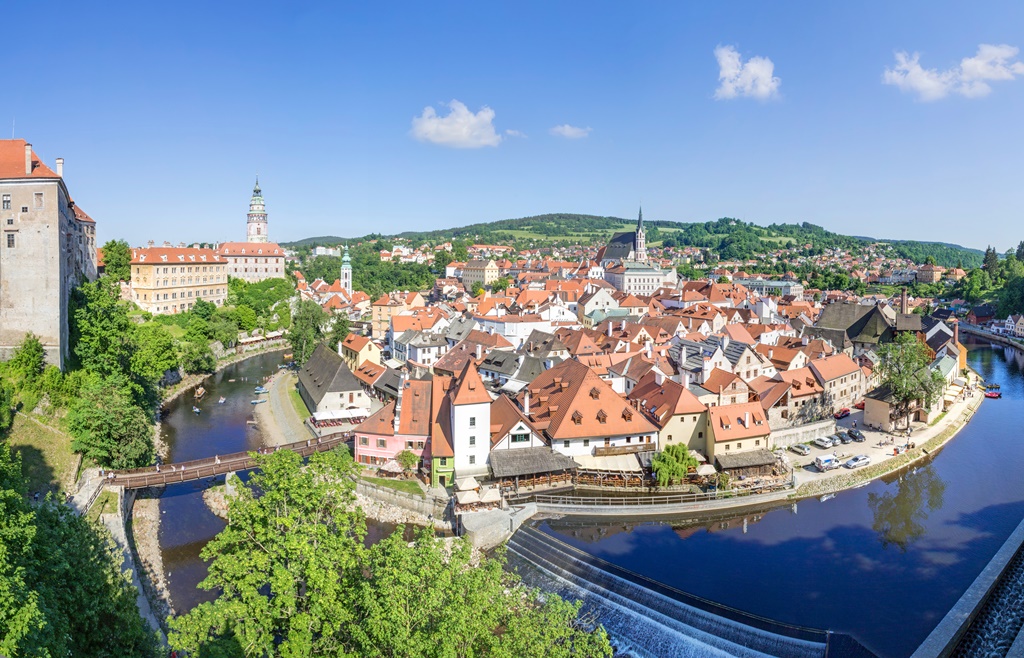 Panoramic view over the Old Town of Cesky Krumlov

Also known as Karlsbad, Karlovy Vary is a town rich with history, founded in 1358. The town is mostly known for its hot springs in Hot Spring Colonnade spa centre which is a home a geyser that shoots around 2000 liters of water into the air every minute. Don’t miss to visit the Underground Spring which is very popular among tourists because you get to explore the cave-like springs and see how the whole process of thermal springs works. There are 15 colonnades in Karlovy Vary, but the most attractive one (and the largest) is Mill Colonnade with 124 columns and 5 springs. We recommend visiting  Market Colonnade and Castle Colonnade as well. If you have extra time, go to Moser Museum known for the history of glasswork. The guided tour presents you with more than 1000 exhibits and you can even see the glassmaker making these products on spot!

How to get to Karlovy Vary: 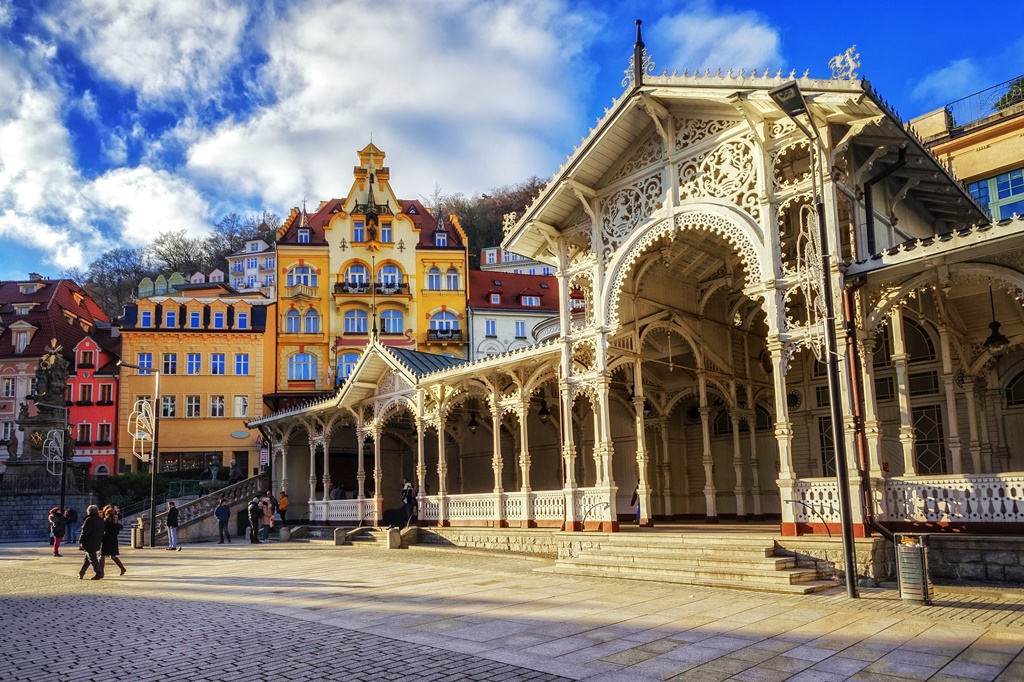 Only 1-hour drive from Prague is located the charming town of Pardubice. Pardubice looks like a mini-Prague and it is much less crowded which gives you plenty of time to explore the entire town. The symbol of Pardubice is Zelena brana (or Green Tower in English) which very much resembles the famous Clock Tower in Prague. The entrance costs 1€ and it gives you the perfect panoramic view of the old town. Visit Pardubice Castle, the Gothic-Renaissance chateau which used to be the residence of Pernstejn family. Today it houses the Museum and Gallery of East Bohemia. If you’re a fan of gingerbread, then Pardubice is the right place for you. More than 5 centuries long tradition of making gingerbread cookies has made this town the “king of gingerbread” and there is even a museum dedicated to the production of these delicious cookies.

How to get to Pardubice:

Welcome to the hometown of lager beer! Pilsen (or Plzen in Czech) is probably the most famous town in Europe known for beer production. The brewery Pilsner Urquell made first lager beer back in 1842 and since then it is among the most successful beer companies in Europe. Visit the brewery and get acquainted with the history of first Czech lager and see how they mix the ingredients to get the unique taste. A little tip – you might want to take a jacket with you because the temperature in the cellars is quite low. Besides the brewery, you can take a stroll through Republic Square and visit  St. Bartholomew’s cathedral and climb up all the way up to clocktower for an amazing view of the city!

How to get to Pilsen: 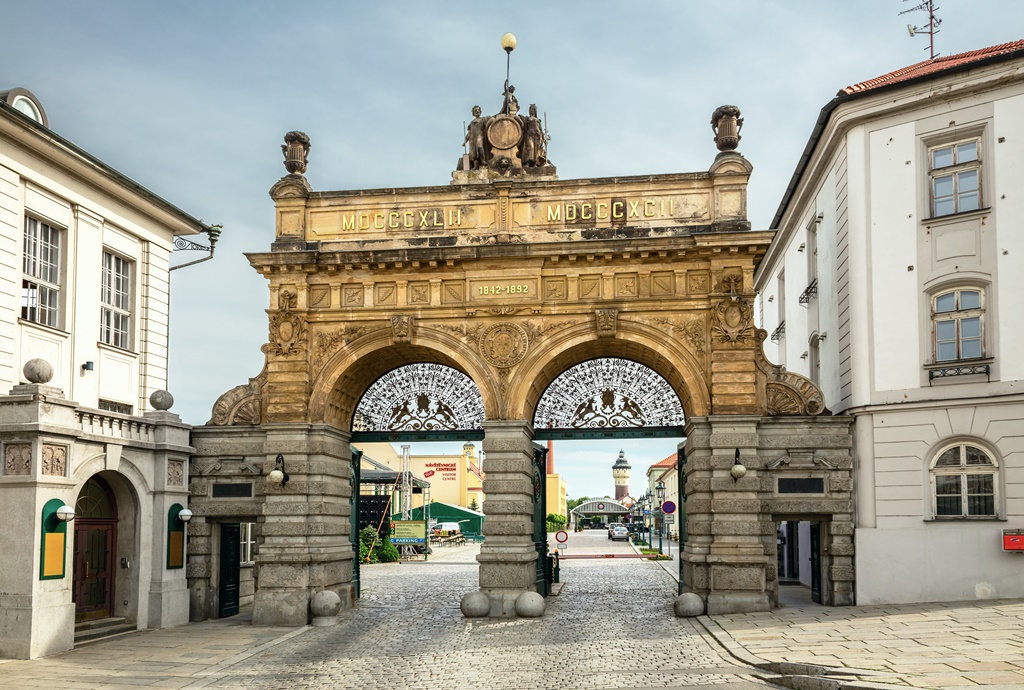 Entrance to Brewery in Pilsen

Krkonose are Czech Republic’s highest mountain range and they are very popular ski resort among local and foreign tourists. Not only that, National park Krkonose  encompasses the majority of the mountain range, while the other part belongs to Polish national park. On the very border between Czechia and Poland is located the highest peak called Snezka. Once you get there, you will find meteorological sci-fi looking station where you can take a lunch break in a bistro or get yourself a cup of coffee. National park Krkonose has been working on projects to make Krkonose more accessible to those with physical disabilities and there are even specially designed paths so everyone could enjoy fresh mountain air.

How to get to Krkonose: 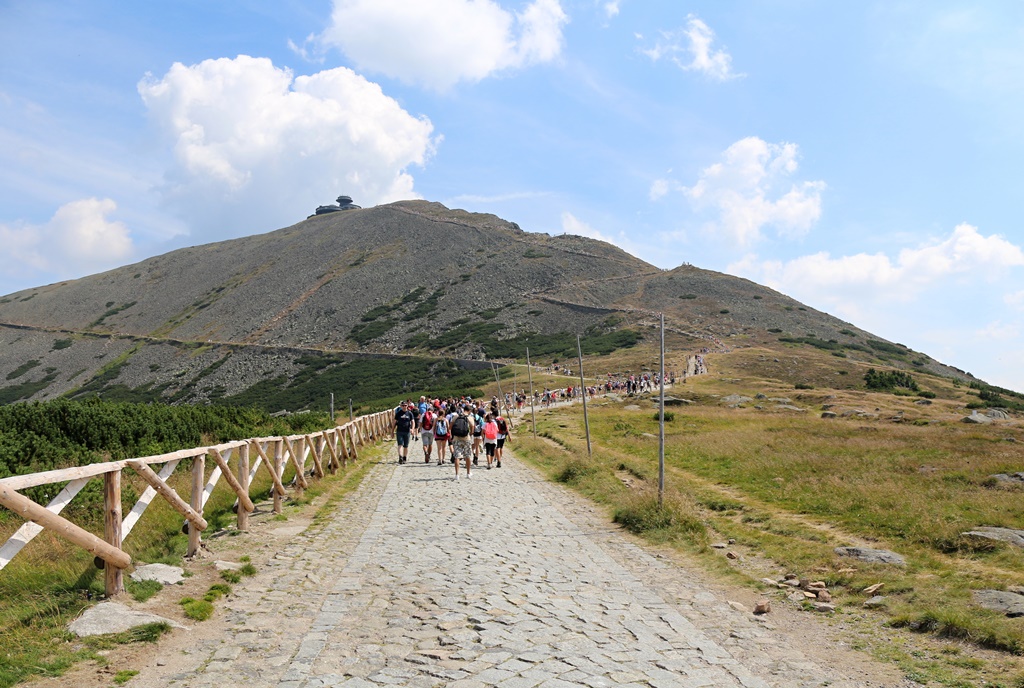 Adrspach-Teplice Rocks are definitely something you haven’t seen before – thousands of tall rocks with strange shapes with hiking trails between them which give you the feeling of walking through a labyrinth. Walk over bridges above river streams, find the hidden waterfall inside the rocks and the best for last, fairytale-like lake with crystal clear water and sandy beach. Although you might get tempted to take a swim, be careful, because swimming is strictly prohibited. However, you have the possibility to rent a boat and paddle around this magnificent lake. The entrance fee to Adrspach costs 100 CZK (3.30€)

How to get to Adrspach-Teplice: 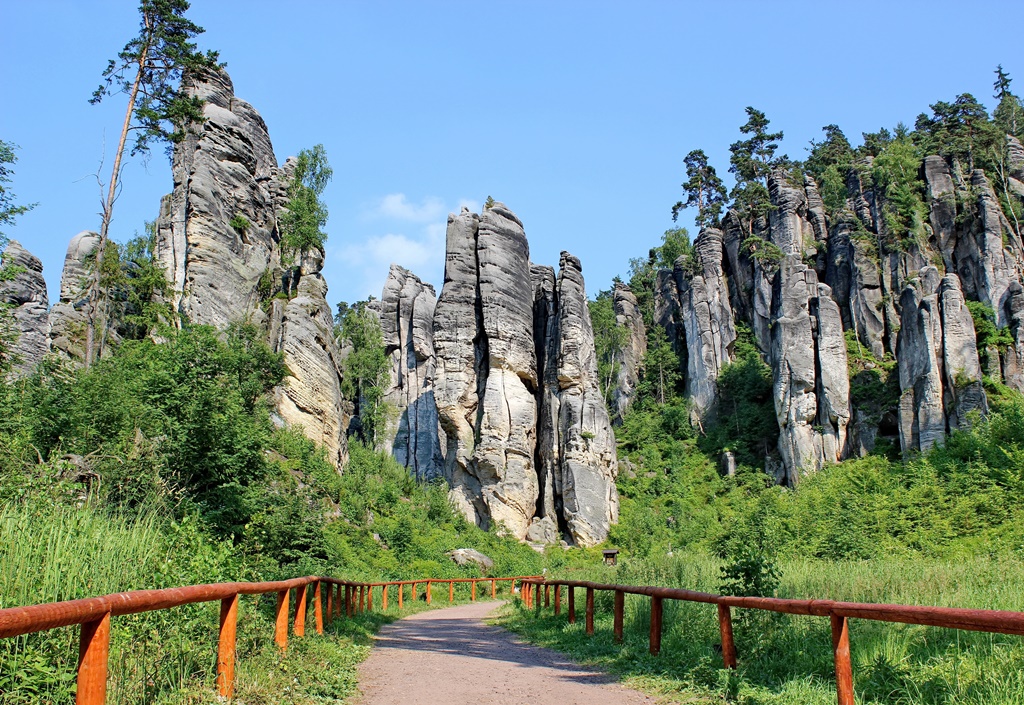 Bohemian Switzerland (also known as the České Švýcarsko National Park) is one of 4 national parks in Czechia and it is particular because it is shares border with German Saxon Switzerland National Park. The main attraction in the park is Pravcicka brana, the biggest sandstone arch in Europe and it was featured in the first part of the Chronicles of Narnia trilogy. This area is known for having a large number of castles which were mostly used to control trade routes, such as Falkenstejn Castle and Saunstejn Castle. Don’t forget to do a boat cruise down the Kamenice river canyon where you will see stunning Edmund’s Gorge. Wrap up the visit to the park with a spectacular panoramic view from Mariina Skala viewpoint – but, be prepared for climbing 600 steps up to the top!

How to get to Bohemian Switzerland: 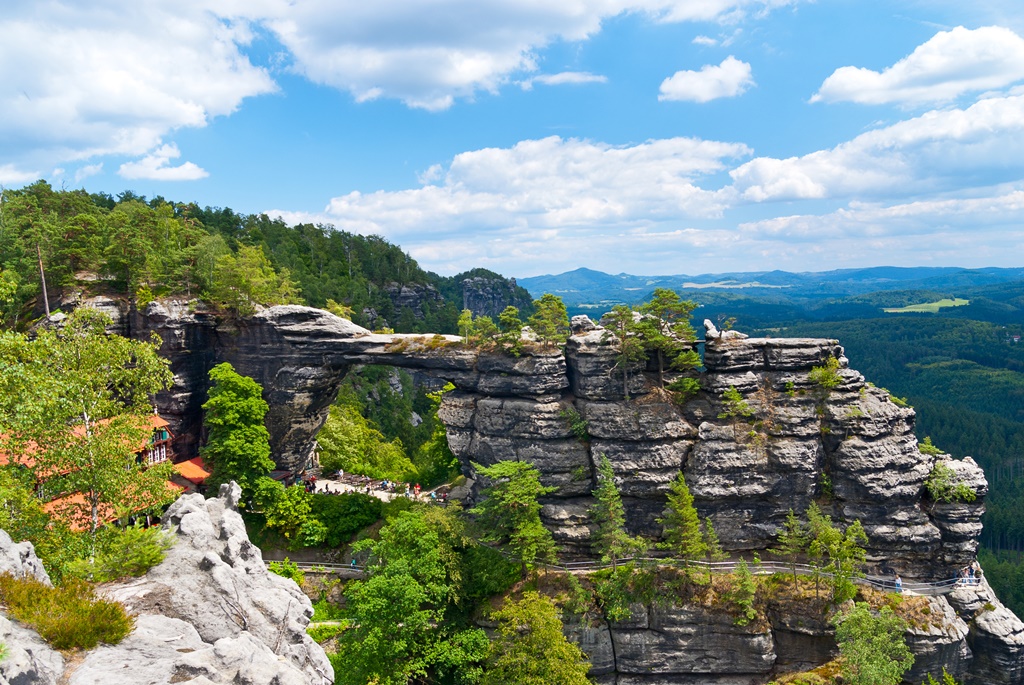 If you are planning to visit Prague, here’s a guide for three-day city break for the best experience in Czechia’s capital!

In case you’re travelling by plane, read our article on how to get to Prague from Prague Airport. 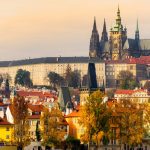