If you are one of those adrenaline ‘addicts’ and you enjoy riding crazy rollercoasters, then Italy is just the right destination for you. It is one of the European countries which has a great number of amusement parks and whichever you choose, you will not be disappointed. However, you should be aware of long waiting lines for rides, so stock up on patience and let’s see our pick of the top 5 amusement parks in Italy!

The first thing that comes to people’s minds when someone mentions amusement parks in Italy is for sure Gardaland Park. In June 2005, Gardaland has been ranked fifth in the top ten amusement parks in the world with the best turnover by Forbes Magazine, and according to 2011 data is the eighth in Europe by number of park visitors. It has a total of 32 rides, including seven roller coasters and three water rides. The rides are divided in three main groups: Fantasy (for children), Adventure (for all ages) and Adrenaline (well, we could say the title is pretty obvious). The park currently has 6 roller coasters: Blue Tornado, Magic Mountain, Sequoia Adventure, Mammut, Oblivion:The Black Hole and Raptor. 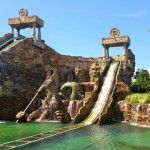 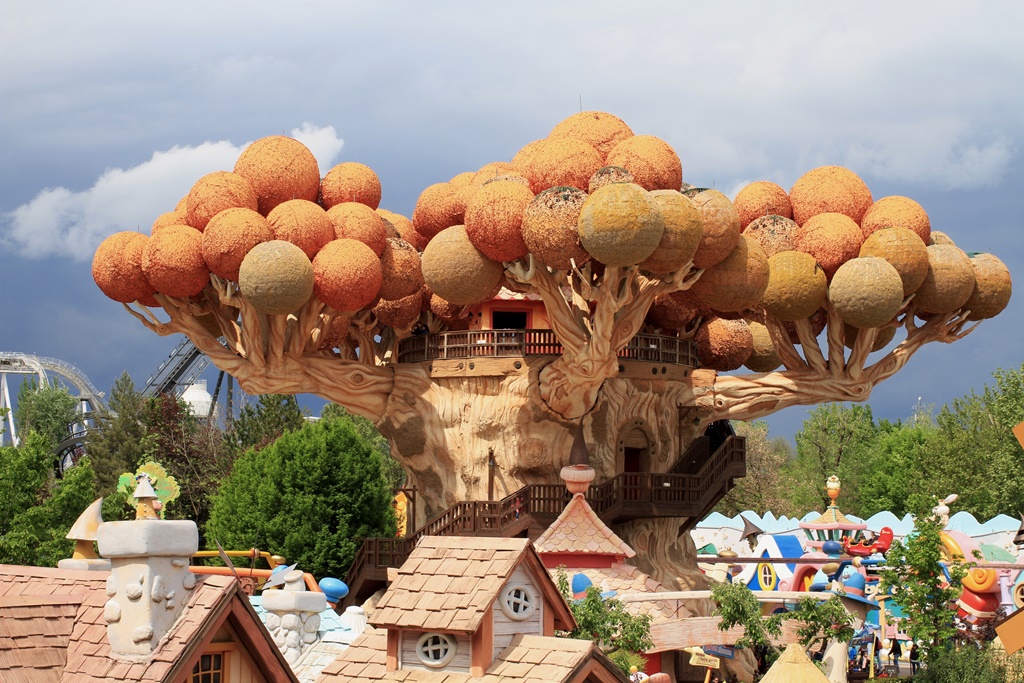 ‘The heart of fun’ or as Italians like to call the park, has an area of 30 hectares, with an additional waterworld area of 10 hectares, called Mirabilandia Beach. The most popular attractions of the park are the Katun inverted roller coaster and the iSpeed launched coaster. It also possesses the world’s tallest water coaster, the Divertical (60 metres high). The attractions are divided into three groups: Extreme, Moderate and Soft (according to their intensity of adrenaline). The park has 5 differently themed areas: 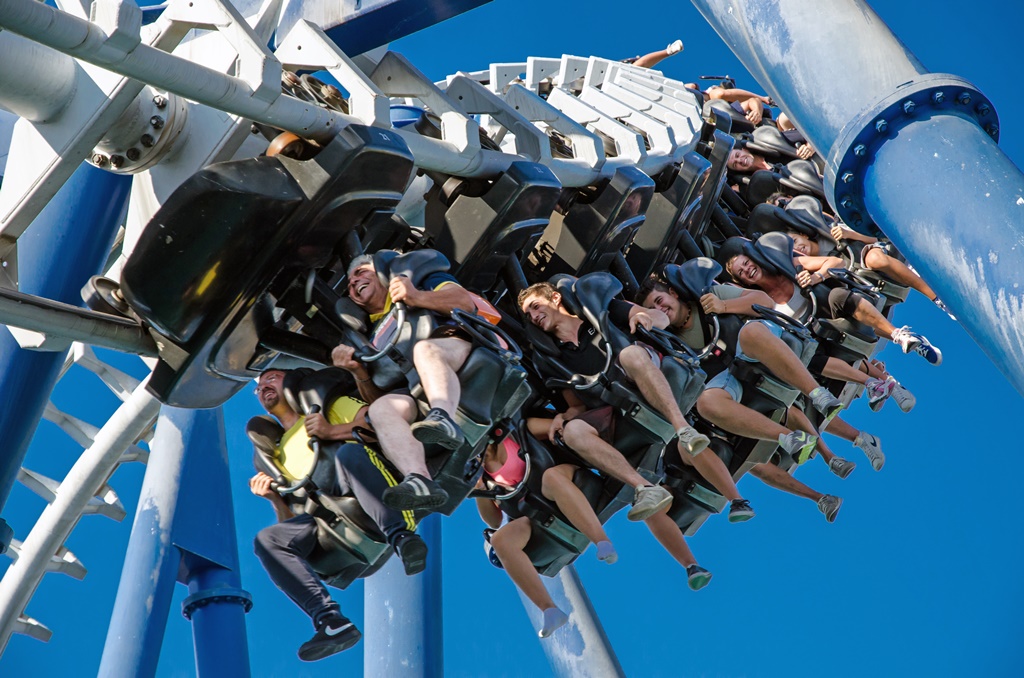 It is the first amusement park in Italy dedicated to the world of movies, inspired by American Universal Studios theme parks. The main attractions in this amusement park are: John Rambo stunt show, Police Academy roller coaster, Tomb Raider machine and The Horror House (rumour has it that nearly half of park guests were not able to complete the journey – creepy !)

Getting to Movieland Park Studios:

This park is particular because it includes both zoo and amusement theme park. Zoosafari Fasanolandia has drive-through safari park which you can visit in your own vehicle as well as walk around animal areas. The park opened in 1973 and includes the only male African elephant in Italy. The theme park has has several rides: a log flume, roller coasters, ghost trains, and dodgem cars. The roller coaster Eurofighter is very popular since it has a 97 degree drop. 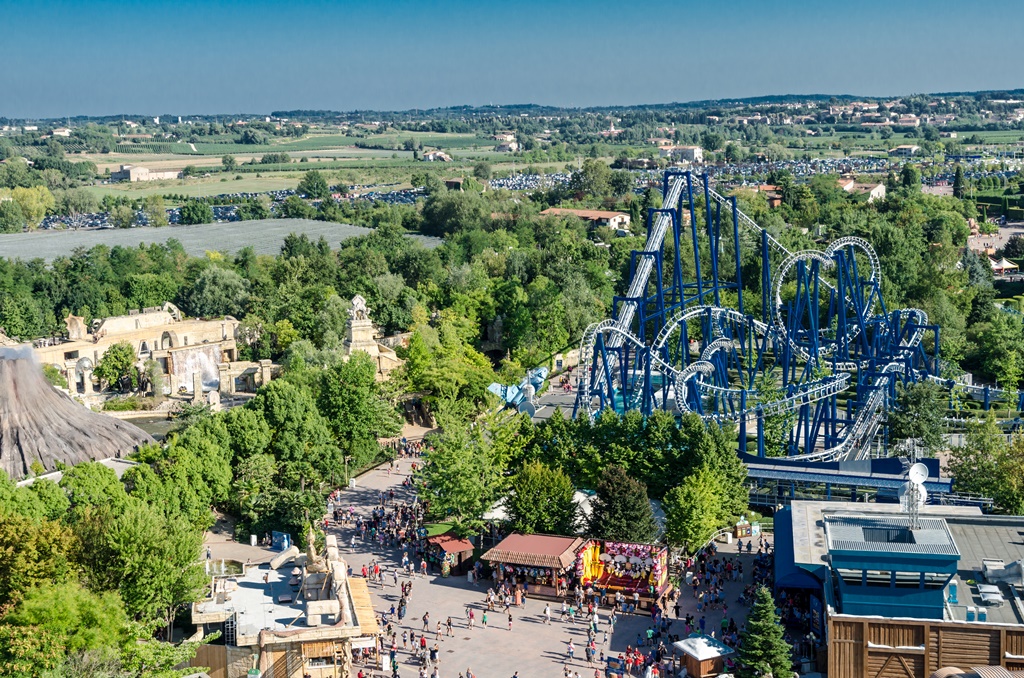 Last on our list, but definitely not the least, is Etnaland, located in Sicily near Belpasso (in the province of Catania). Its total area is 280,000 square meters, of which 112,500 occupied only by mechanical park, making it the largest amusement park in South Italy. The park is divided in two sections: from the purely recreational AcquaPark and Theme Park, to the educational Prehistoric Park. The main attractions are Etnaland Tower, Laser Show, Cinema 4D and Drifting Karts.

Airport bus Catania - how to get to and from the airport