Genoa Cristoforo Colombo Airport (GOA) or commonly known as Genoa-Sestri Ponente Airport is an international airport, and the most important airport in the region of Liguria. The airport is located around 10 km west of Genoa. With around 1.5 million passengers in 2018. Genoa airport is the 21st busiest airport in Italy.

How to get from Genoa Airport to Genoa

Airport shuttle bus service is operated by Volabus. The bus connects the airport and Brignole and Principe Train Stations located in Genoa.

Genoa Airport does not have its own train station, but it has a direct link to Sestri Ponente Aeroporto railway station. Flybus company operates the shuttle buses on this route.

If you prefer a comfortable ride over a crowded public transport, we recommend taking a taxi. Taxis owned by companies Gexi, Prenotaxi and Radio Taxi can be found outside the arrival concourse. If you are going to  Brignole or Principe Train Stations you can expect a flat fare of around 8€ per person.

Another way to travel to Genoa is with a private, door-to-door transfer from Genoa Airport to your accommodation in the city.

You can pre-book a transfer for a hassle-free experience, professional driver will wait for you at the airport and take you to your destination.

Renting a car at Genoa Airport

For those who would prefer to explore the area on their own, the best option is to rent a car directly at the airport. There are several car hire companies that have their offices at Genoa Airport  such as Hertz, Avis, Europcar, Budget and Alamo. Compare their rental prices and save your time by booking your car online. 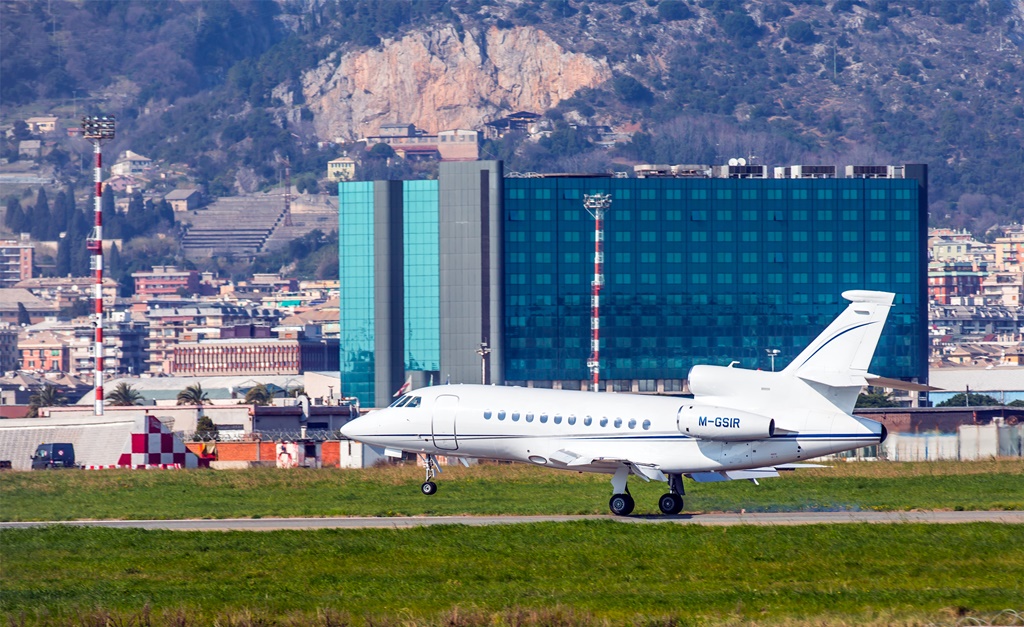 Does Genoa Airport have WiFi?

I arrive late at Genoa Airport. Will it be a problem for me to get to the city?

That should not be an issue, as the last shuttle bus departs at 00:20 and if you miss the last bus you can always take a taxi to the city.

Is it allowed to smoke at Genoa Airport?

There is no smoking area at the Geneva Airport.

Is there an ATM or currency exchange service at the airport?

Yes, there is an ATM machine located in the Arrivals area on the ground floor inside the terminal.