Düsseldorf Airport (DUS) is the third largest airport in Germany in terms of number of passengers since it has handled over 24 million passengers in 2018. The airport serves the city of Düsseldorf and the majority of North Rhine-Westphalia (along with Cologne Bonn Airport, Dortmund Airport and Münster Osnabrück Airport). Düsseldorf Airport is a hub for Eurowings and it has three terminals and two runways.

The buses departing from Düsseldorf Airport depart from the station located in front of the Arrivals Hall. There are several bus lines which pass here:

Single ticket costs around €2.80 and it is valid up to 90 minutes. You can also single tickets valid up to 4 hours. Tickets for children age 6 to 14 cost around €1.60 (any type of single trip ticket).

NOTE: It might be better option to buy a daily ticket (or a two-day ticket) which gives you the opportunity for an unlimited number of trips within one day. Check ticket price list here.

Düsseldorf Airport has two railway stations, one for the suburban lines (Düsseldorf and nearby towns) and the other for long-distance routes.

Airport taxis can be easily spotted since they have an “Airport Taxi” sticker. Besides cash, you can also pay by credit card. Airport taxi companies are Taxi Düsseldorf, Rhein Taxi and Dein Wunsch Taxi. An average taxi fare to Düsseldorf city centre will cost you around €28.

If you need a direct transportation to your accommodation, we recommend booking a door-to-door transfer. Don’t worry if your flight is delayed, the transfer company monitors all flights and their schedules.

Renting a car at Düsseldorf Airport

Renting a car is definitely not a problem at Düsseldorf Airport as there are several rent-a-car offices at the airport such sa Sixt, Avis, Europcar, Hertz, etc. To avoid possible queues at the airport, you can always book your car online.

From DUS to Amsterdam: There are direct trains departing from Düsseldorf Airport (Düsseldorf-Lohausen station) to Amsterdam Centraal. One-way ticket costs around €44 which is not the most economical option. If you want to save up some money, we recommend a bus from Düsseldorf to Amsterdam which departs from the platform near Düsseldorf Hauptbahnhof (the main railway station).

From DUS to Eindhoven: Train from Düsseldorf Airport to Eindhoven departs regularly every day and the ticket costs €25 (2nd class). The travel time is between 2 and 3 hours, depending on the type of train. There are no direct trains to Eindhoven which means you will have to make at least 2 transfers to reach Eindhoven. Another possibility is to take a direct bus from Düsseldorf to Eindhoven. 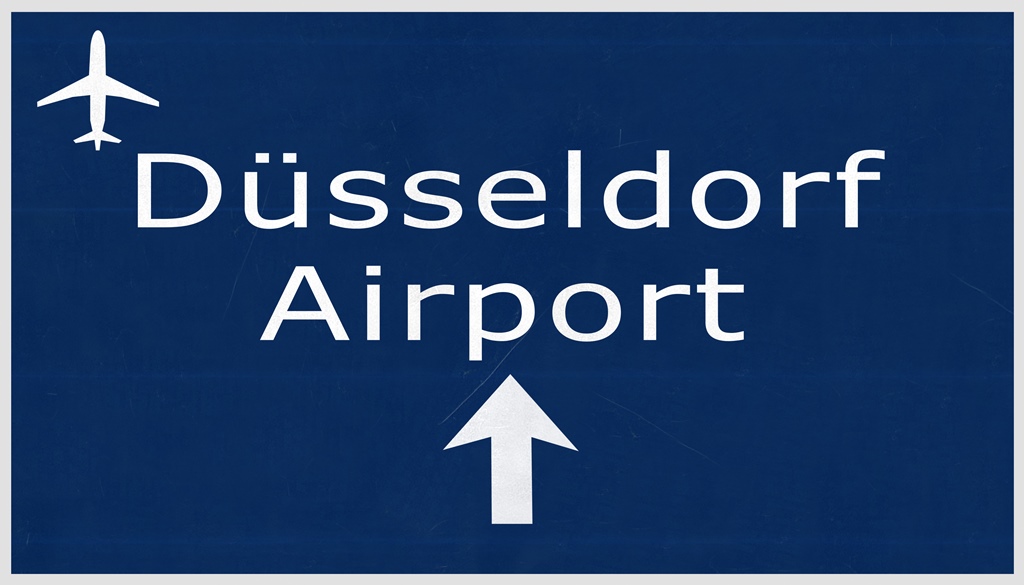 Not at all, the airport is very well connected with Düsseldorf either by bus or by train. But in case you miss all trains and buses, you can always call an airport taxi.

I would like to visit Düsseldorf in between flights. Is that possible?

The airport is located only 8 kilometres from the city center so it shouldn’t be a problem reaching Düsseldorf in between flights. If you need to leave your luggage you can do that on the ground floor of car-park nr.3. The price for one item is €4.50/day (up to 30 kilos).

Yes, there are two exchange offices at the airport and several cash machines in the Departures and Arrivals Hall and at Düsseldorf Flughafen railway station.

I am continuing my journey outside Düsseldorf. Are there any direct lines to other destinations?

As mentioned above, you can reach other cities in Germany by taking a train from Düsseldorf-Lohausen station. As a cheaper option, you can always take a bus from Düsseldorf. Check available bus routes on GetByBus.com