How to get from Bucharest Airport to Bucharest

In the table below you can find the timetable of shuttle bus departures and buy your ticket online.

Bucharest taxi drivers are known for always trying to rip off the tourists, so be careful. Romanian law has even prohibited taxi access in public parking, so make sure you get yourself one of official airport taxis which wait outside the Arrivals Terminal. The price is usually 1,39lei/km to 3.5lei/km. Also watch out for the taximeter and negotiate the price before you enter the vehicle.

In case you need a direct ride to your accommodation and you don’t have that much time to waste on public transportation, then go for door-to-door transfer, especially if you have a lot of suitcases. The driver will wait for you in the Arrivals area with your name sign. Don’t worry if your plane is late, the company monitors your flight arrival.

Renting a car at Bucharest Airport

Services like Avis, Budget and Europcar offer car rental directly at the airport. Their offices are located in the passageway between the Departures Terminal and the Arrivals Terminal. Or you can simply book your car online.

Renting a bus at Bucharest Airport

Consider booking a bus in advance in case you are coming with a larger group of people. After doing so, the bus rental companies will inform you on the pick-up point. 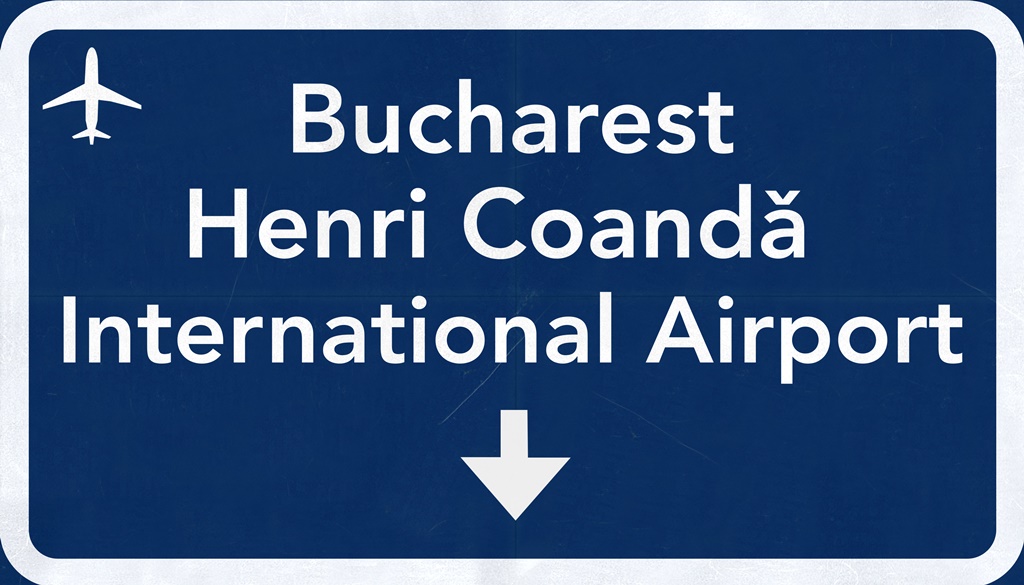 From OTP to other cities: Bucharest Airport also has many direct bus lines to other Romanian cities, such as Brasov or Cluj-Napoca. Here are some of the most popular routes you can find on getbybus.com

I would like to spend one day in Bucharest between flights. Is that possible?

Sure thing. Take the local bus or train which will take you directly from the airport to the main square/main train station. From there, you can basically go to any part of the city on foot or by any mean of public transport. Even though there are no luggage storage services at the airport, you can leave your luggage at the facility located near the station of bus line 783 in the city centre.

I am continuing my journey outside Bucharest. Are there any direct bus lines from the airport to other cities?

You should first go to the city centre and from there choose one of the popular routes from Bucharest, like Bucharest – Varna (BG),  Bucharest – Bratislava (SK). Or you can check other routes by yourself on getbybus.com.

Yes, the ATMs are located at Departures Terminal (Unicredit, Raiffaisen, Bancpost, etc.) and you can exchange your money at one of the banks located at the passage between Arrivals and Departure Terminal. Don’t forget – the official currency in Romania is lei, and not euro, so make sure you exchange some before your flight.