Barcelona airport, officially known as Barcelona-El Prat airport, is an international airport located just 12 km southwest of the center of Barcelona. It is the main airport in Catalonia and second largest airport in Spain.

There are two express bus lines that connect the airport and the city center. Both of them will take you to Placa Catalunya. Aerobus A1 departs from terminal T1 (level 0 – Arrivals area and level 3 – Departures area) and Aerobus A2 departs from terminal T2 (level 0 – Arrivals/Departures area). The ticket for single journey costs €5.90, and return tickets are also available (valid for 15 days from the purchase date, and the price is 10.20 euros). Buses go every 5-10 minutes, from 5:55 AM to 01:00 AM.

NOTE: To travel between the terminals T1 and T2, and around T2A, T2B and T2C, there is a free shuttle service operating 24/7. 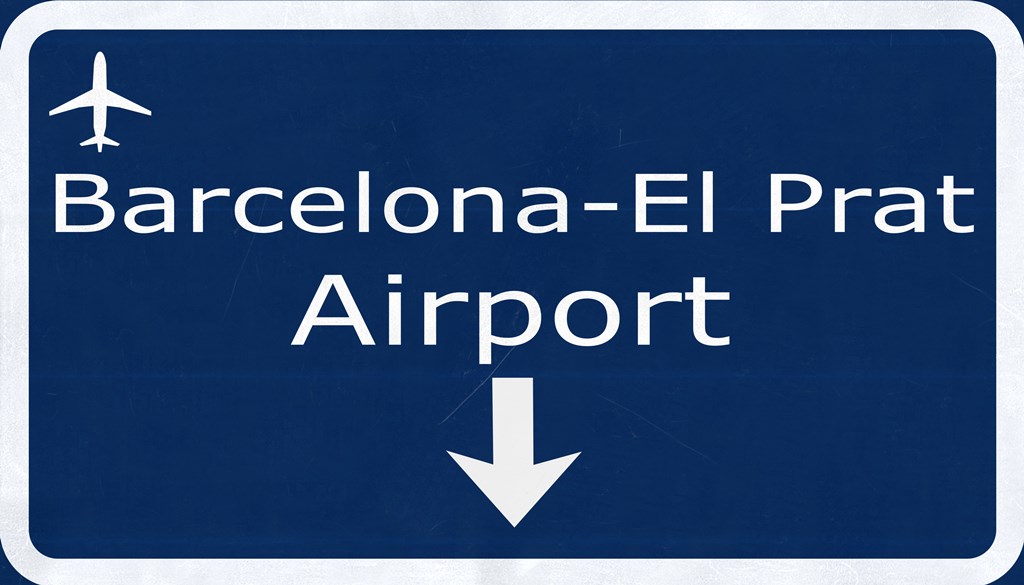 There are three types of public transportation available from Barcelona airport terminals T1 and T2: public buses, metro line and the train.

Buses: TMB is a public transport service offering connections between the airport terminals and the city center. Bus line 46 will take you down to Placa Espanya, starting from T1 and passing through all parts of T2 terminal. This is a daytime line, but there are two separate night buses, line N17 from terminal T1 and N16 from terminal T2 (including T2A, T2B and T2C). Night buses go to Placa Catalunya, every 20 minutes. You will find the bus station outside the terminals (both T1 and T2) at the Arrivals area. Regular bus ticket costs 2.15 euro, and a 10-ride travel card, T-10, is available at the cost of 9.95 euros.

Metro: Metro line number 9 (L9 Sud) connects the airport T1 and T2 with downtown Barcelona (direction: Zona Universitaria). The line has 15 stops on the way and the journey lasts about 30-35 minutes. Frequency is every 7 minutes, and the ticket costs 4.50 euro. It can be purchased from TMB machines. Metro stations at the airport are located at T1 (level 0, near the buses) and T2 (outside the terminal, near the trains). NOTE: Metro line is closed during the night (after midnight) except for Fridays when it runs till 02:00 (2 AM) and Saturdays when it stays open the whole night. First one in the morning is at 05:00 (5 AM).

Train: Train station at terminal T2 offers a connection to the city center using the R2 train line. The station is located 200 meters from the terminal building, and the train passes every 30 minutes. The last one from the airport, however, is at 23:30 (11:30 PM). Single journey tickets cost 4.10 euros, but you can also use the T-10 card.

It is always possible to book a door-to-door transfer to your accommodation in Barcelona. 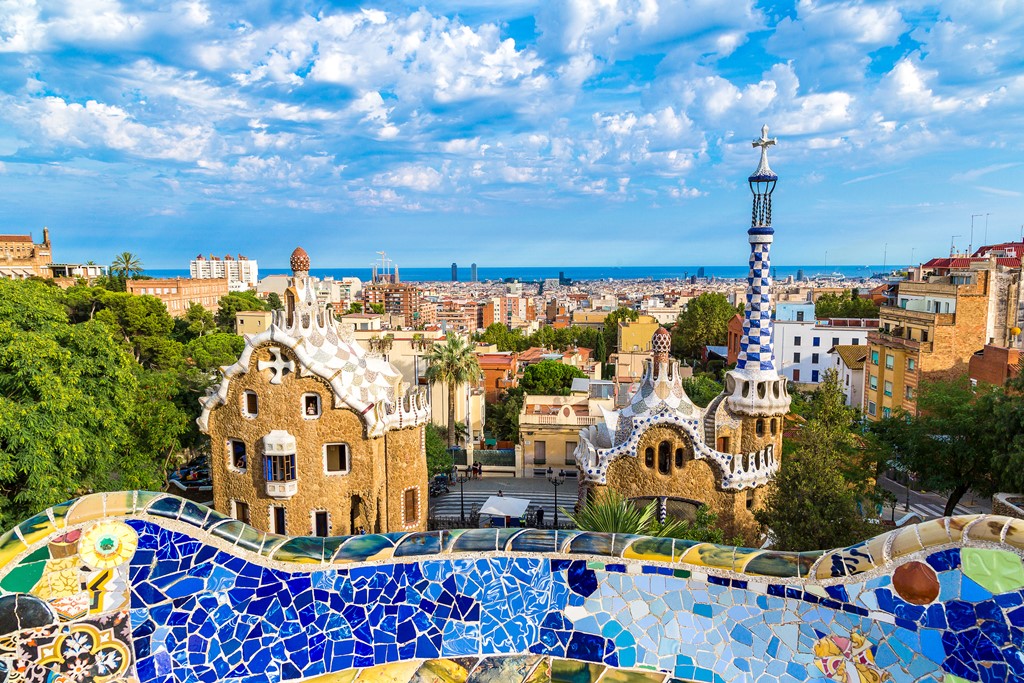 Airport taxis are available 24/7 and you will find them outside Arrivals area at terminal T1 (level 0) and outside Arrivals/Departures area at terminal T2 A,B and C (level 0). The journey from the airport to the city can last between 20 and 40 minutes, depending on the traffic and the destination. Also, the journey from terminal T1 will be a bit longer than from terminal T2. There are 4 tariff zones so you can expect to pay between 25 and 30 euros approximately. If you are taking the taxi to reach the port of Barcelona, there is a fix rate of 39 euros one way.

Renting a car at Barcelona airport

Renting a bus at Barcelona airport

If you are a large group travelling to Barcelona, or you even plan to explore the area and visit some other cities in the region, renting a bus is often the most economical and hassle-free way of doing so. If you consider renting a bus, you should arrange this at least a couple of weeks before your arrival, to arrange all the details like meeting point / pick up point at the airport, etc. Most companies are used to picking up groups at the airport, so they can advise you about the options. 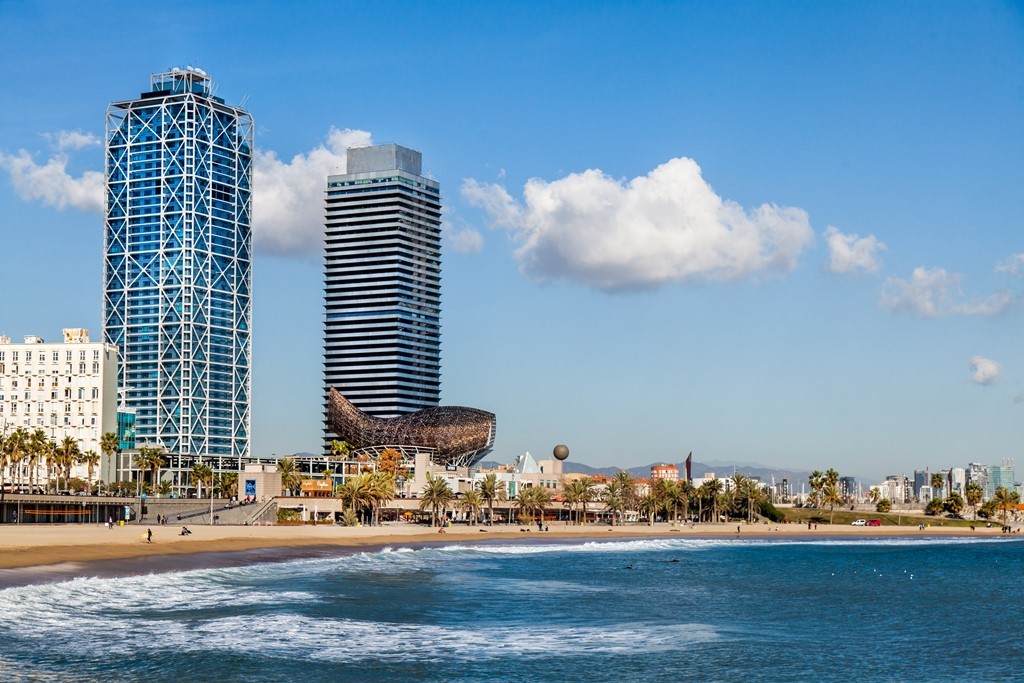 No, there is a night bus departing from the airport every 20 minutes, and transfers and taxis run 24/7.

Yes, there are several hotels in the area, called El Prat de Llobregat, and there is also a small hotel at the airport, inside terminal T1, next to the Arrival hall. The hotel is called Air Rooms. Check it out!

I would like to spend one day in Barcelona in between flights. Is that possible?

Yes, of course. The best way would be to take the airport shuttle bus to reach the city center. Buses go every 5-10 minutes and you will reach Placa Catalunya in just 35 minutes. You can store your luggage here, while exploring the city.

I am continuing my journey outside Barcelona. Are there any direct lines from the airport to other cities?

Yes, there are several bus lines that connect Barcelona-El Prat airport directly with smaller towns in the area, like Girona and Figueres. There is also a bus to Costa Brava towns and another one to Valencia, both lines departing from terminal T1, Arrivals area. There is also a direct bus connecting Barcelona airport and Madrid airport. As for the international lines, the only direct bus is the one for Andorra, departing from terminals T1 and T2B, Arrivals area. For all other cities and international lines, you have to reach Barcelona main bus terminal.