International Airport in Athens, also known as Eleftherios Venizelos Airport, is one of the ‘youngest’ European airports, opened in 2001. It is Greece’s primary international airport serving the area of the capital and the region of Attica. It is also country’s busiest airport and serves as a hub and main base of Aegean Airlines, as well as some other Greek airline companies.

How to get from Athens Airport to Athens

You can reach the airport via metro line 3 on the route Aghia Marina – Athens International Airport.

The Kiato Suburban Service connects the Airport and Kiato to the centre of Athens and Piraeus Port. The last stop is Athens Central Railway Station (Larissis Station).

Four regional buses operate at the airport. All buses drop off passengers at the Departures Level and depart from the Arrivals Level, between Exits 2 and 3, in front of the Airport Hotel Sofitel. You will recognize them by KTEL sign on them. All bus routes are available 24 hours a day 7 days a week.

NOTE: We advise you to buy a 3 day tourist pass which gives you a 72-hour access to all public transport including transport to and from the airport for 22 € per peson.

There is a taxi rank at the airport in front of the Arrivals Area. A fare to the city centre is 38€ during daytime, the price goes up to 54€ if you choose to take a taxi over the night (luggage included in both cases).

If you don’t like using the public transport and hesitate to take a taxi, consider booking a private transfer which will wait for you on the airport and take you to your hotel or wherever you need to go. The transfer company will send a professional driver to pick you up. You can even pre-order a child safety seat if you’re travelling with a child. 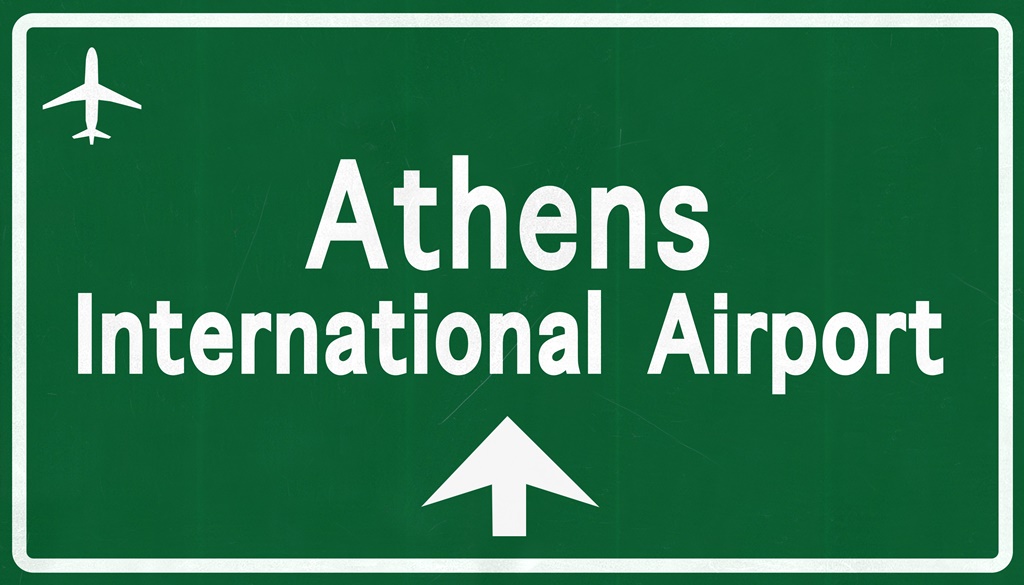 Renting a car at Athens airport

For those of you who would like to reach the city and explore the area on your own, the best option is to rent a car directly at the airport. There are several car rental companies there. Compare their rental prices and save time by booking your car online.

Renting a bus at Athens airport

For larger groups of passengers, consider renting a bus at the airport. However, it is recommended to book it online, so the bus rental companies have enough time to advise you on the meeting point and all other information.

No, there are several means of transport which take you to the city centre. You can use the metro, rail or bus lines. If you miss them all, you can always take a taxi, but the price will be a bit spicy, especially during the nighttime.

Yes, the nearest hotel Sofitel is only 150 m away, and a bit further you can check in at the Mare Nostrum Thalasso hotel, as well as at Holiday Inn, for acceptable price with all services included.

I would like to visit Athens in between flights. Is that possible?

Yes, it will take approximately an hour to reach the city, but the airport is well-connected to the centre at all times of the day, so it should be no problem to go there and back within a day. There is even the PACIFIC Travel Services S.A. which provides dedicated storage space where travellers can safely leave their luggage while exploring the city.

Yes, you can exchange your money, but you can also pick up money at the ATM machine in the Arrivals Hall. We recommend you to bring euros with you to avoid low currency rates.

I am continuing my journey outside Athens. Are there any direct lines to other destinations?

From the airport you can go directly to the ports nearby, but for other destinations, such as Tirana you have to reach the Central Station and check your options there.