A visit to Minsk

Despite the fact that Belarus isn’t a number one tourist destination, there are several reasons why it shouldn’t be off your radar. Ready to change your mind? Contrary to its reputation, this city is actually a modern, clean place where impressive cafes and fashionable restaurants will draw your attention before you start with the sightseeing of the city. Although Minsk does not have as many hotspots as some other European capitals, it is full of hidden gems for everyone who is into the Soviet and Lukashenko periods, as well as for other history enthusiasts who can look up for their fun in some of the city’s museums. Check out why you should pay at least a 24-hour visit to Belarus’ capital!

You will be fascinated by the Soviet architecture, massive concrete structures as a tribute to the working class and showing off the real power of the authority. The baroque twin-towered Holy Spirit Cathedral (the square pl Svabody) is the city’s most striking spot, situated in the heart of the Old Town, but if you’re looking for the most eye-catching of the religious buildings, then the Red Church (the square pl Nezalezhnastsi) is the place to go. The Roman Catholic church was built from the bricks brought from Polish pilgrimage site Częstochowa. The most surprising Soviet city also has unique City Gates, 11-floor towers similar to those in Berlin, Moscow or Warsaw, but much more opulent, with ornamental clock on one and the Soviet coat of arms on the other top. 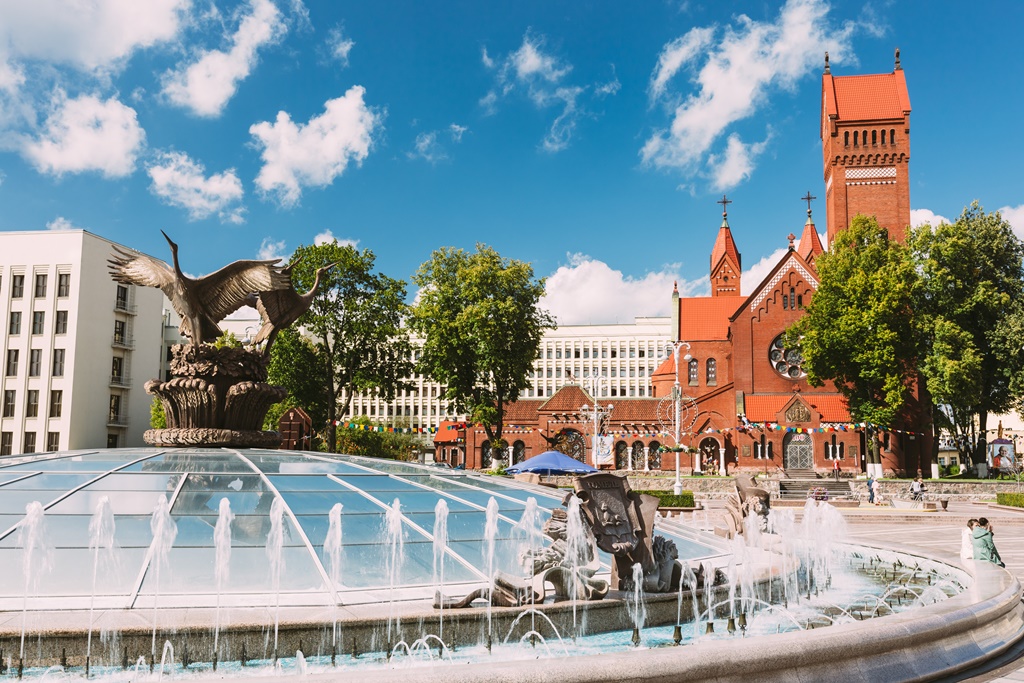 This is a must do on your trip. Once you try the Belarussian cuisine, you will start wondering how locals stay so non-obese. We can start with pancakes dipped in rich pork broth known as machanka, which together with solyanka soup and dumplings sets the foundations of Belarus’ hard-to-resist cuisine. Also, don’t forget to try draniki (potato pancakes), herring-stuffed tomatoes and slabs of grilled pork, which go perfectly with some delicious homemade honey and horseradish liqueurs. Traditional dishes are served at farmsteads that use only fresh farm products to make the dishes like babka (baked grated potato pie) or vereshchaka.

It takes only one look at the Belarus’ Museum of the Great Patriotic War to become intrugued by the building. A burnished dome seems to emerge from the ground, surrounded by mirror shards. The museum was the world’s first museum to tell the story of the bloodiest war of the 20th century, and the only one in Belarus created during the years of Nazi occupation. On the inside, you will see dioramas of scorched earth and rubble to evoke the memory of wartime Minsk. Huge atrium holds biplanes and tanks and stories of partisan soldiers are told in a series of wooden shelters. Apart from the Molotov cocktails and propaganda posters, there are also details on the families torn apart, victims and astonishing bravery. The dramatic exit is the Hall of Victory. The tickets cost from Br7 to Br8,50 (for using photo and video cameras). 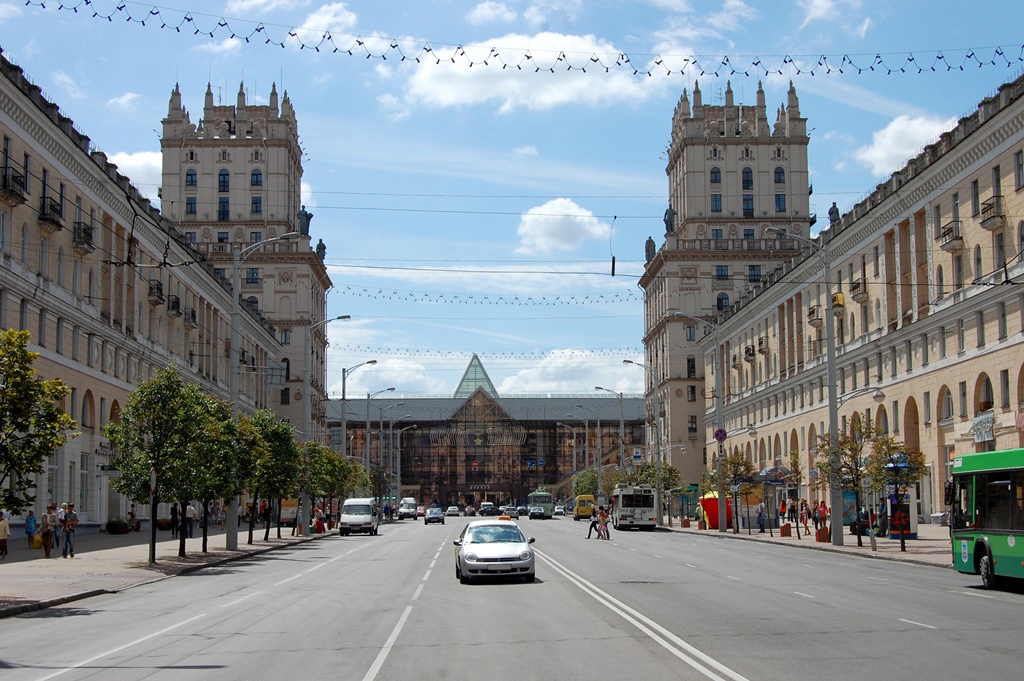 If you thought otherwise, no, you don’t need to take religious vows to spend the night in this amazing historic building. Manastyrski Hotel not only is the best place to have this unique, overnight experience, but it also has a fitness centre and a restaurant with Belorussian and European cuisine, plus it’s located at the best location possible, in the historic centre only 5 minutes away from the Holy Spirit Cathedral. This charming hostel owes its name to the former, today converted, monastery which retains all the Gothic elements of its past. The average price per night is 80€, but it all depends on the date, type of room, number of guests and so on.

Maybe you didn’t know it, but Belarus is actually surprisingly easy to visit. The country is covered by English signs across the efficient metro system and all tourist sites. The same is for the already-mentioned-above museum and restaurants with English menus. However, the special treat for all travel addicts is valid since mid-February 2017, since citizens of 80 countries can travel to Minsk airport visa-free for stays of up to five days. For longer stays or in case you travel by train, you will need a visa, so check all the requirements on Belarus’ official website.