When you have only 24 hours to spend in one big city, then every minute counts. The same goes for Bucharest, the capital of Romania. Although it is mostly visited as a transit destination, the city has a lot to offer and if you follow this 24 hour guide, we promise you’ll want to stay even longer. Once known as the ‘Paris of the East’, Bucharest’s recently completed renovations have managed to give the city back its old French charm. Check out which buildings, museums and churches are waiting to be rediscovered.

09:00 – The best way to start your day is with a coffee at Origo, which is offering some of the best brews in the city. It’s a place close to the Old Town, yet far enough to enjoy morning silence. For a balanced breakfast, add an English pretzel known as covrig to your coffee. 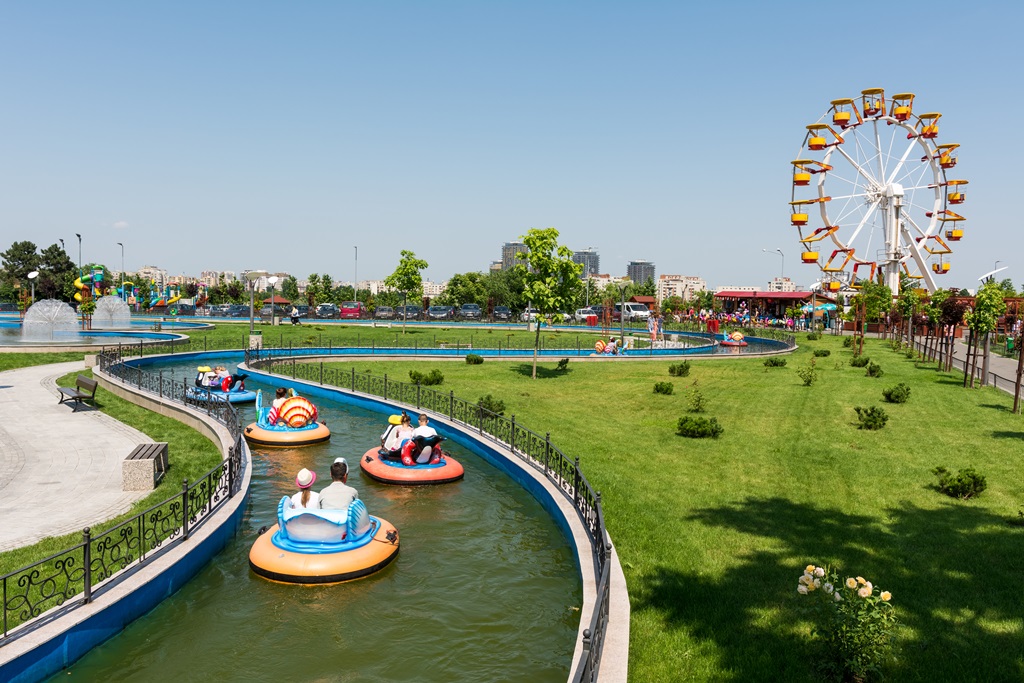 10:00 – You’ll definitely want to check out the world’s second largest building, so cross the Dambovita River, enter Izvor Park and head to the Palace of Parliament. The building itself has more than 3000 rooms and entry is by guided-tour only, so you need to book it in advance. Bring your passport for the security control. Entry to the palace is from B-dul Naţiunile Unite on the building’s northern side. Stroll around until you see Calea 13 Septembrie at the National Museum of Contemporary Art (or MNAC), as here you’ll find the western part of the palace, as well as a fantastic museum with a terrace that offers a unique view of the Romanian capital.

11:30 – Your next stop should be Cișmigiu Gardens. It is often mistakenly referred to as a park, however, it is a large garden designed in 1845 and completed in 1860. Highlights of the 17-hectare garden include the Roman Garden made in the style of ancient Rome, including busts of Romania’s most famous writers, the lake which you can explore by a rowing boat in summer or skate upon during the winter, and Ion Jalea’s French Memorial in marble. The park has a couple of cafes, refreshment kiosks and large children’s playgrounds. 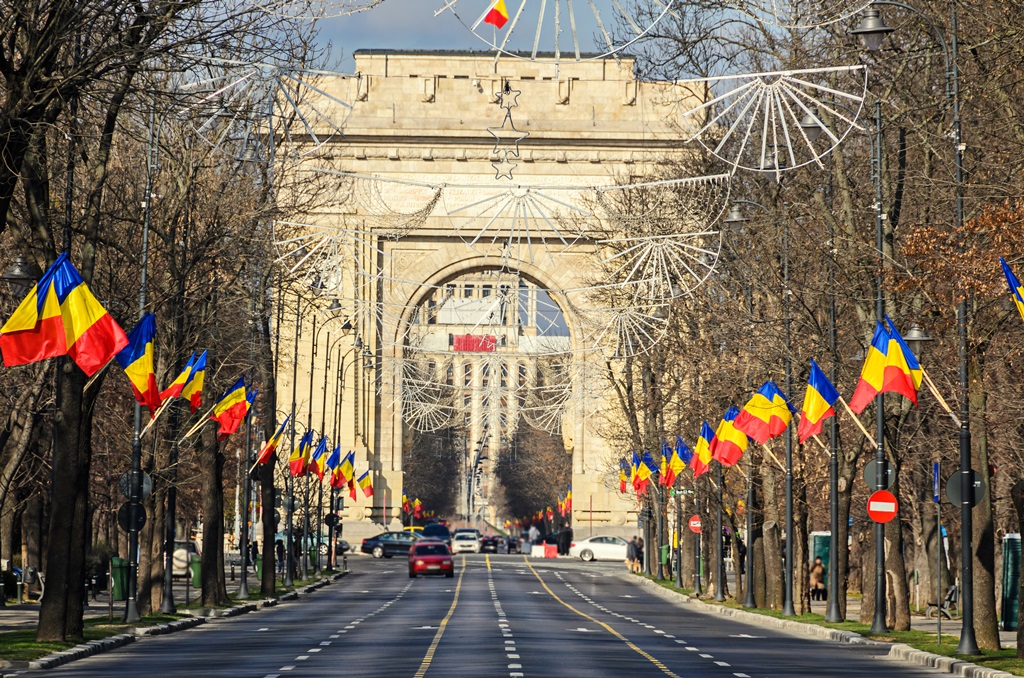 12:30 – Romanian Athenaeum is the majestic beating heart of Romania’s classical music tradition. Scenes from the country’s history are displayed on the interior fresco inside the Big Hall on the 1st floor of the 41-meter-high dome. After funds dried up in the late 19th century, a huge public appeal known as ‘Give a Penny for the Athenaeum’ saved it from disaster. Today the place is home to the George Enescu Philharmonic Orchestra and normally only open during concerts, but it is allowed to take a peak inside.

13:00 – Before taking a break, check out the collection of peasant bric-a-brac, icons, costumes and partially restored houses which makes Museum of the Romanian Peasant one of the most popular places in the city. Even there’s no much English signage, there are little cards in English posted in each room so you can easily find your way around. The admission fee is 8 lei (€1.7)

14:00 – Lunch time! Traditional Romanian cuisine has mingled with world cuisine over the past few decades. Now the capital is full of creative menus at affordable prices. Try Lente & Cafea which provides menus with bold fusion of chicken and fish, and where you can also enjoy lovely jazz gigs in their sunny garden in the centre of Bucharest, Energiea with a lively and vibrant atmosphere, offering specialties like freshly made soups and colorful salads with exotic smoothies prepared with seasonal fruit, Hanul Lui Manuc with Lebanese and Romanian delicacies, Vacamuuu which is Bucharest’s foremost meat eatery and most famous steakhouse, Torna Fratre is the place to go for authentic Romanian dishes or Caru’ cu Bere featuring many traditional dishes such as bean soup, mix grill and a Romanian cheese platter. 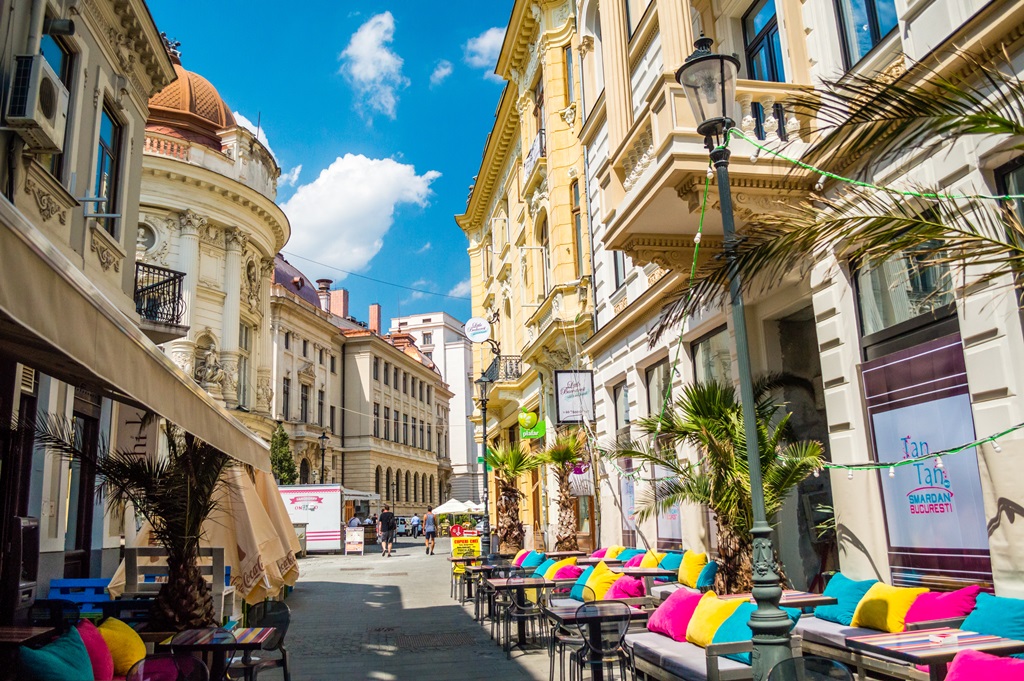 15:00 – Let’s start with museums! You cannot not see all the bullets on the buildings across the town. They are proof that Romania has suffered, a lot. The city of Bucharest has not displayed its history so publicly until the introduction of the Communism Exhibition, which takes you through a timeline of events from the Soviet stronghold on Romania in 1945 to the Romanian Uprising of 1984. There’s no admission fee, so make sure to learn something about this painful part of Romanian history.

16:00 – National Museum of History is another hotspot of the Bucharest Old Town, but this one deserves a bit more of your attention. The beautiful, monumental Neo-Classical building constructed in the late 18th century by Alexandru Săvulescu. The Museum moved into the building after the Romanian postal service left it in 1970. The highlight of the museum is the Romanian Treasury in the basement, which includes jewellery from the time of the Geto-Dacians, as well as the current Romanian Crown Jewels. The entrance fee is 25 lei (€5).

17:00 – For a more historical touch, head to the Old Town, which will be a surprise to you after all that communism. Let’s start with Manuc’s Inn, one of the best preserved inns, dating from the 17th century, and continue to the Old Princely Court which is home to one of Romania’s most unpopular rules, later known as Dracula. After seeing this, you can get lost through the labyrinth streets of the area, named after different guilds. Make sure to stop by at the recently opened Carturesti Carusel bookshoop, to see the National Bank, Stravopoleos Church and the CEC Palace, another Bucharest highlight during communist period and was built between 1896 and 1900. 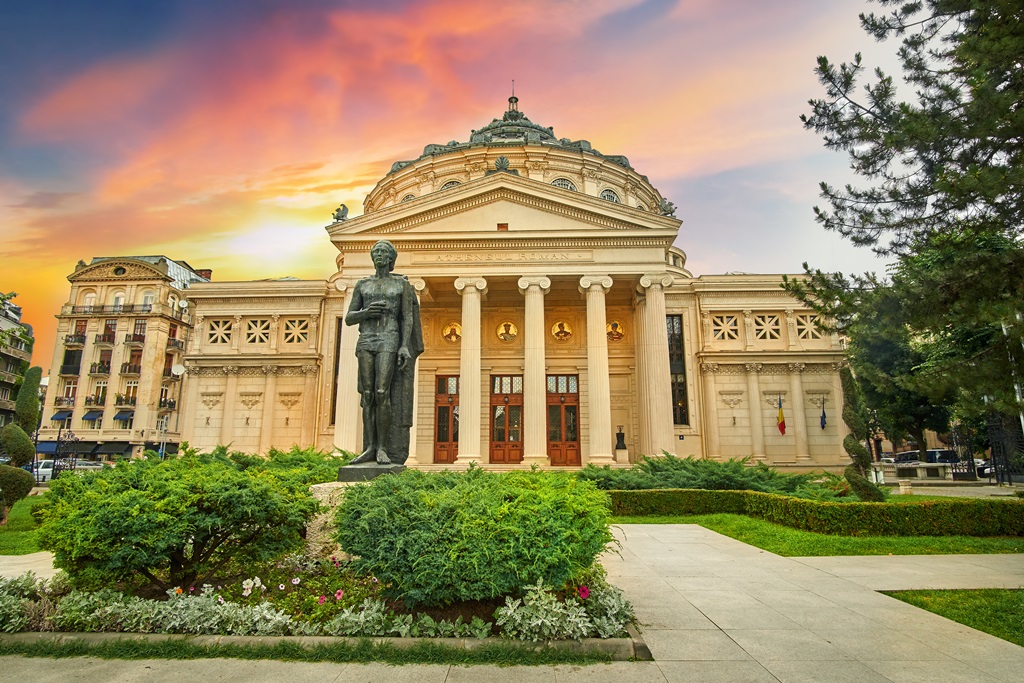 18:30 – Use the evening to stroll along the city’s park, in particular Herastrau Park, one of the biggest in Bucharest. Sprawling over a large area north of Piaţa Victoriei, this 200-hectare park surrounding a large lake is Bucharest’s nicest park, with plenty of shaded strolls and open-air cafes, plus boats to hire. At night in summer, some of the city’s best clubs decamp along the shore here and transform the park into an club scene. You can rent a bike, go on a boat ride or chill at the playgrounds. There are even several food stands in the park, and if you’re visiting during summer, there are many events organized there, from various artists to sport competitions.

19:30 – Continue in the same style as for lunch, with finest Romanian dishes. Try Artist where the menu changes every three months, aside from the now legendary cucumber sorbet, Gargantua In The Park with Italian and other international food, Modelier and Shift Pub with excellent choice of salads and burgers or St George offering Hungarian and Transylvanian specialities.

21:00 – Is there a better way to call it a day than with a few drinks and a little bit of dancing? Bucharest is slowly gaining a reputation as one of the main party capitals of Eastern Europe. Start the night at Fix Me a Drink with an amazing cocktail and continue to one of the best clubs in the city, Control Club, and Nomad Skybar, very popular among locals, or try the ‘organised madness’ at Expirat.